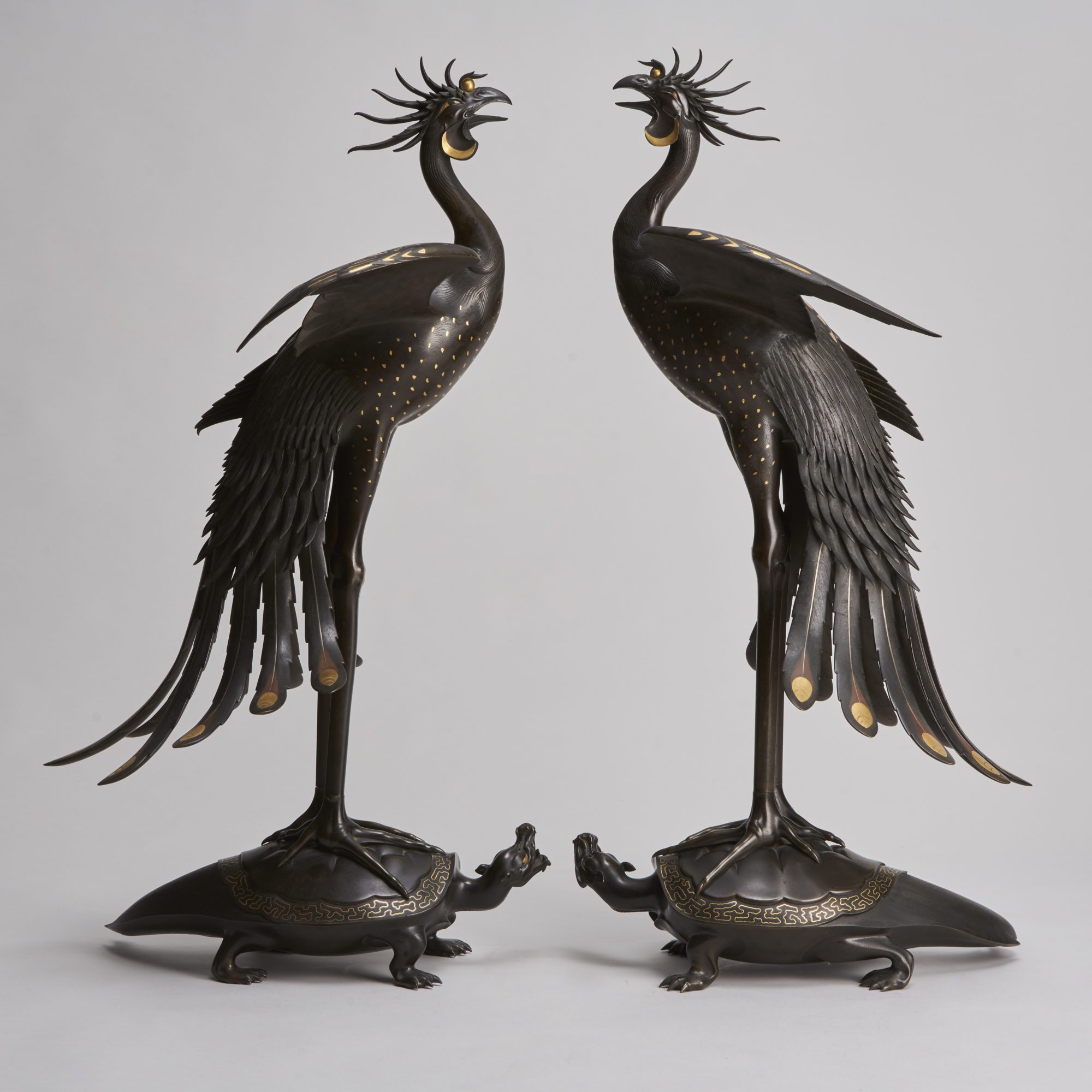 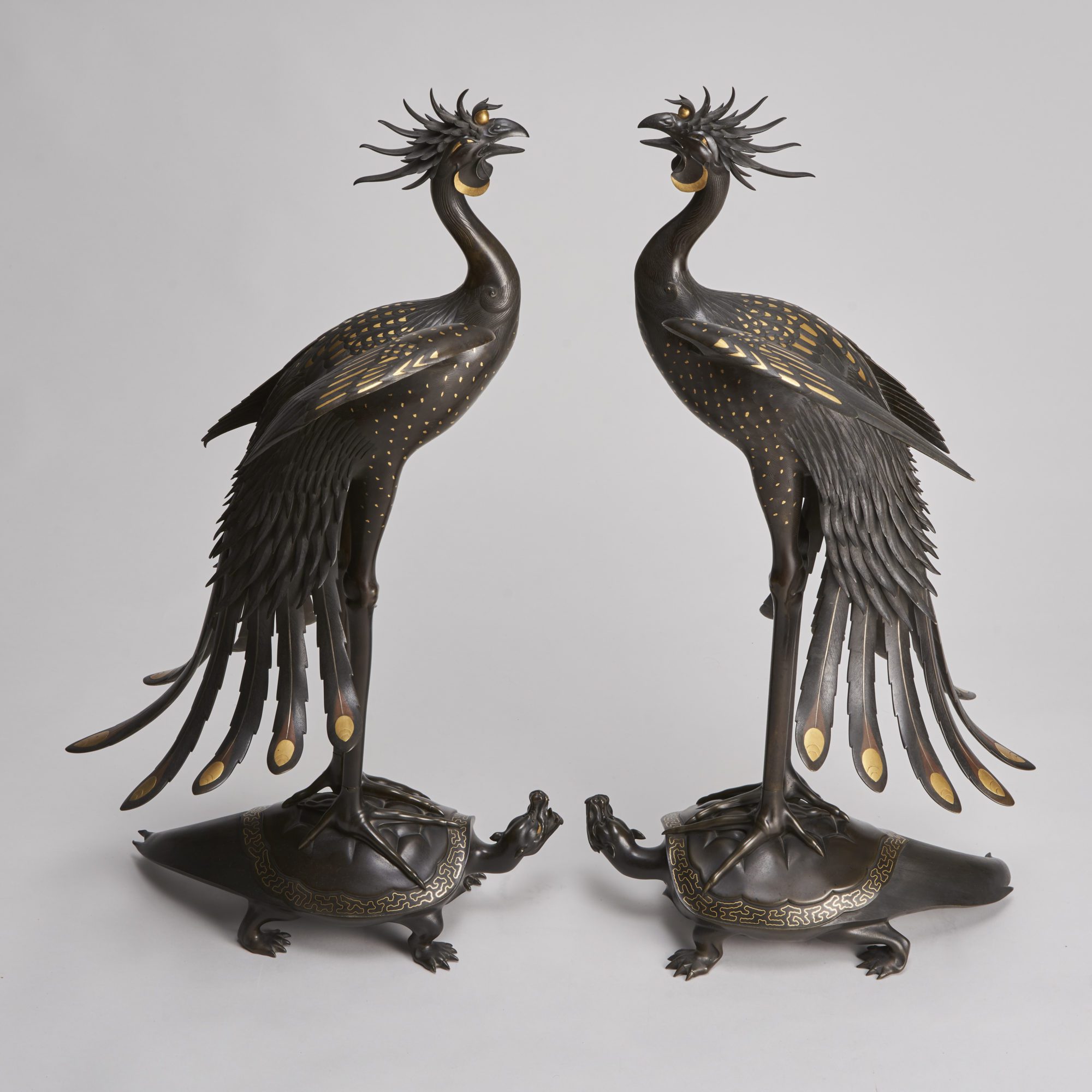 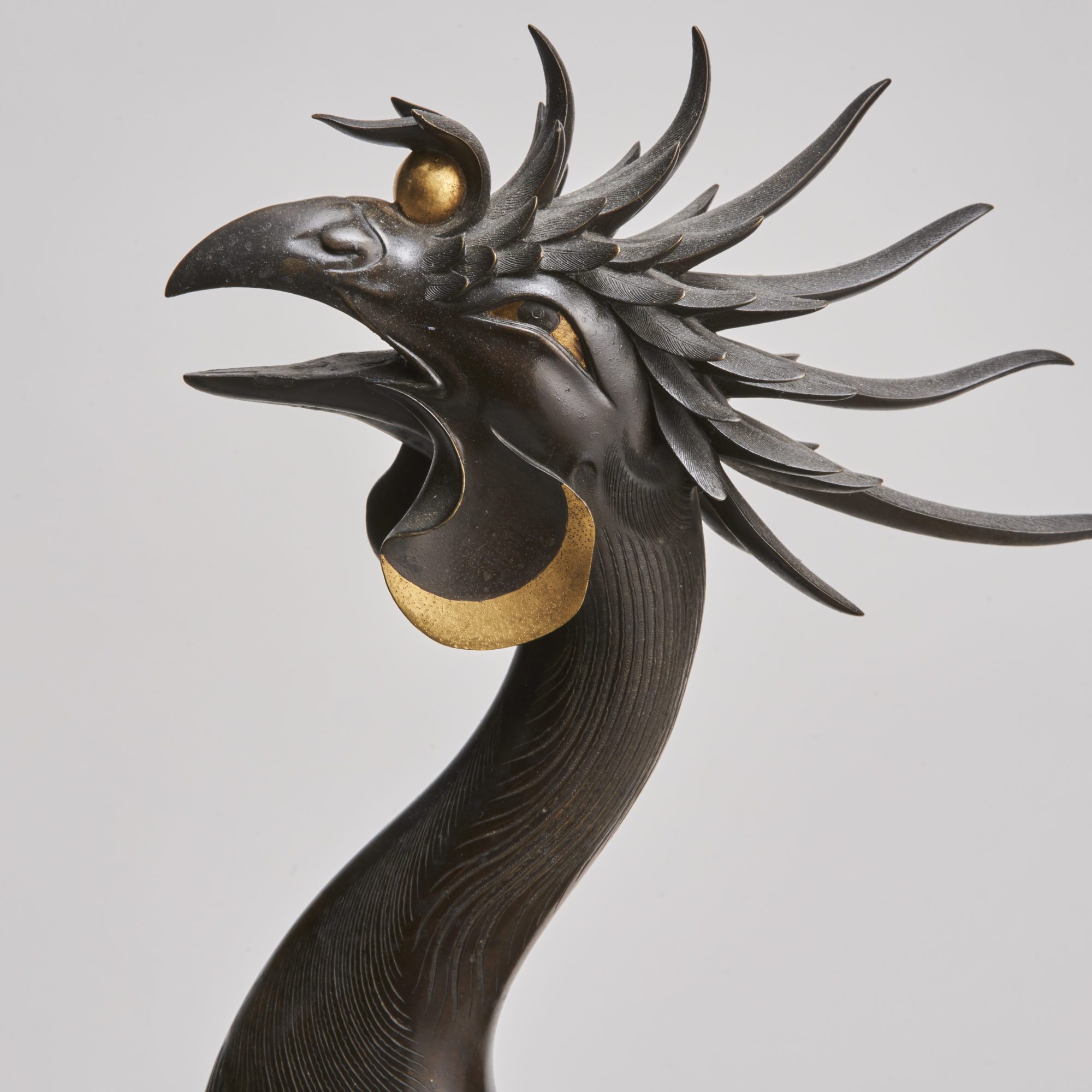 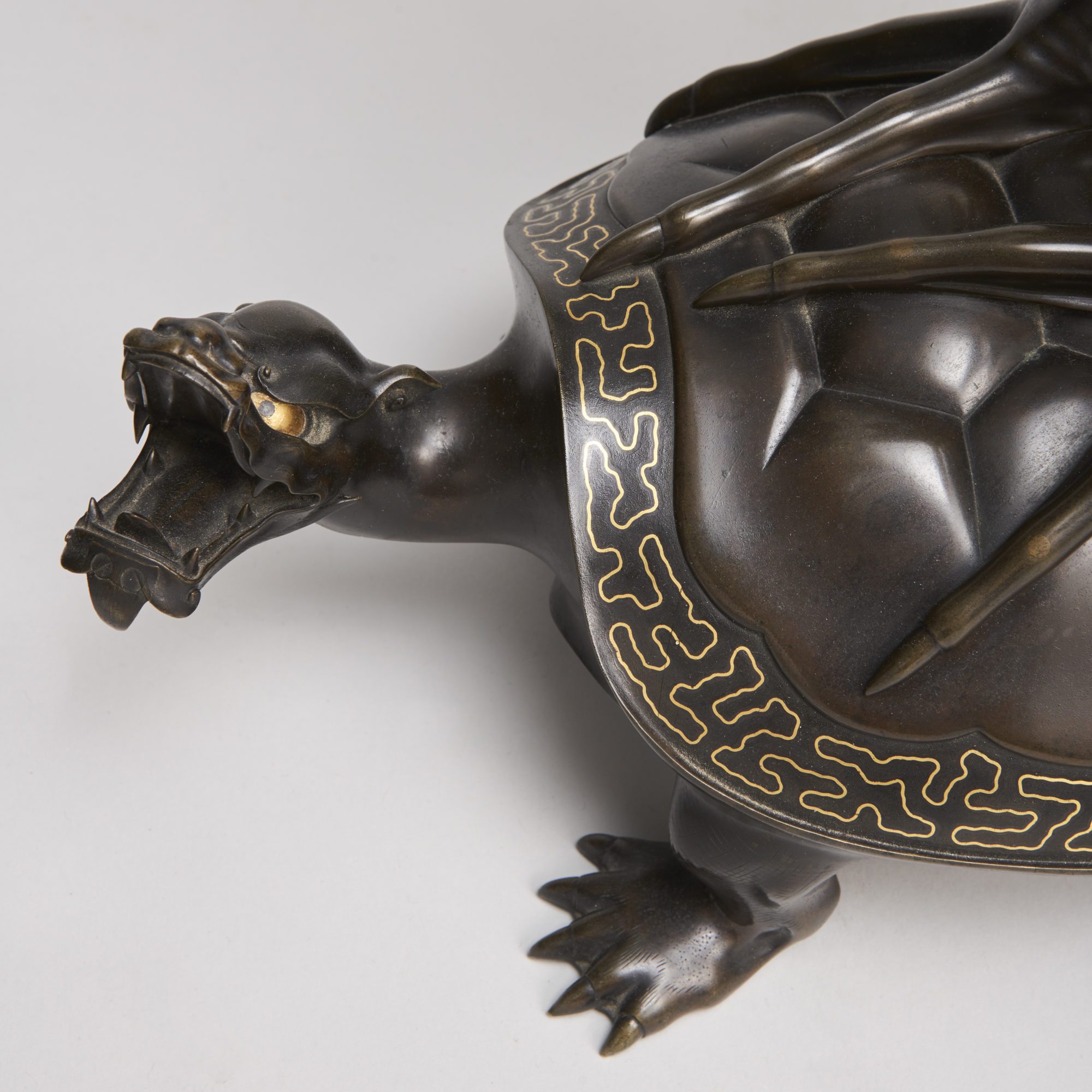 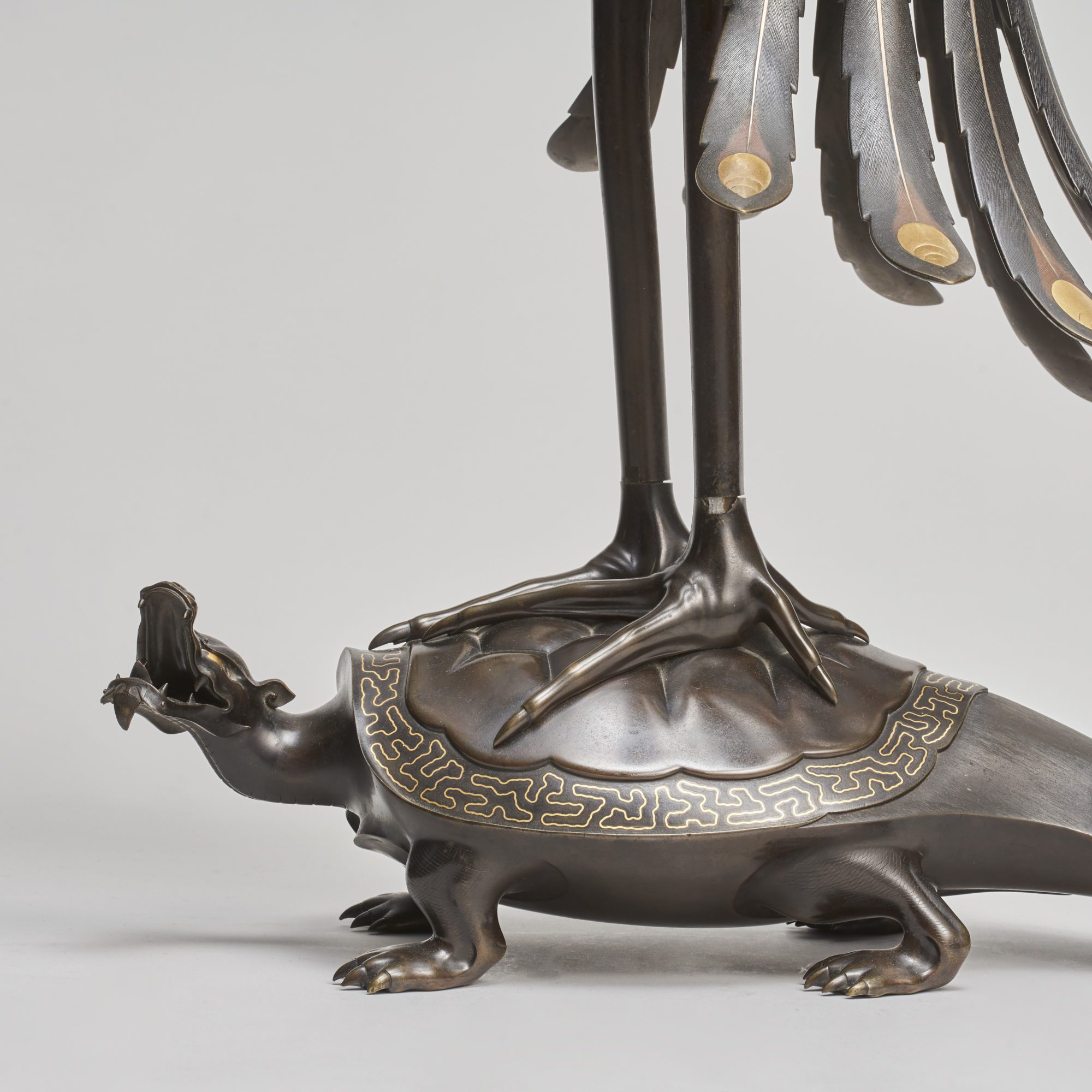 A large pair of Bronze Ho Ho Birds (Mythical Japanese creatures similar to the Phoenix). They are standing on the backs of Minogame, (long tailed tortoise.) The figures are designed to be symmetrical. One bird has its right wing extended whilst the opposing bird has its left wing extended. Similarly, one of the tortoises is looking to the right whilst the other looks to his left to create a perfect reflection.

The birds are decorated with fine inlay work using precious metals including Gold, Silver and Copper, there is an intricate dragon design to the closed wing of each bird. Similarly, each tortoise with a gold cloud inlay work and gold eyes.

Each Okimono is signed to the underside of the tortoise “Muroe Kichibei of the Etchu Province in the Country of Great Japan.

We believe these wonderful birds to be very similar if not the same pair that appeared in the Centennial Exhibition in Philadelphia in 1876. You can make them out in this fantastic presentation of metal work and ceramics from the Japanese Pavillion: 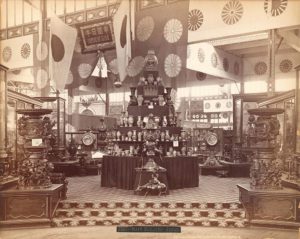 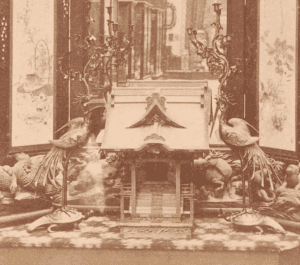 Condition is excellent. Please don’t hesitate to contact us for further information, pricing, additional images or to arrange a viewing.

A minogame is a Japanese mythological creature based on the tortoise. It is believed that once a tortoise reaches 1000 years old it becomes a minogame, the long tail is actually alge and weeds which have grown on the shell due to the extreme longevity of the beast.
Due to their old age minogame represent longevity and are often seen with the luck god Fukurokuju.

Muroe Kichibei was a metalworker who lived and worked in Takaoka and Kanazawa, he is known for his very fine works including many Buddhist subjects and animals. 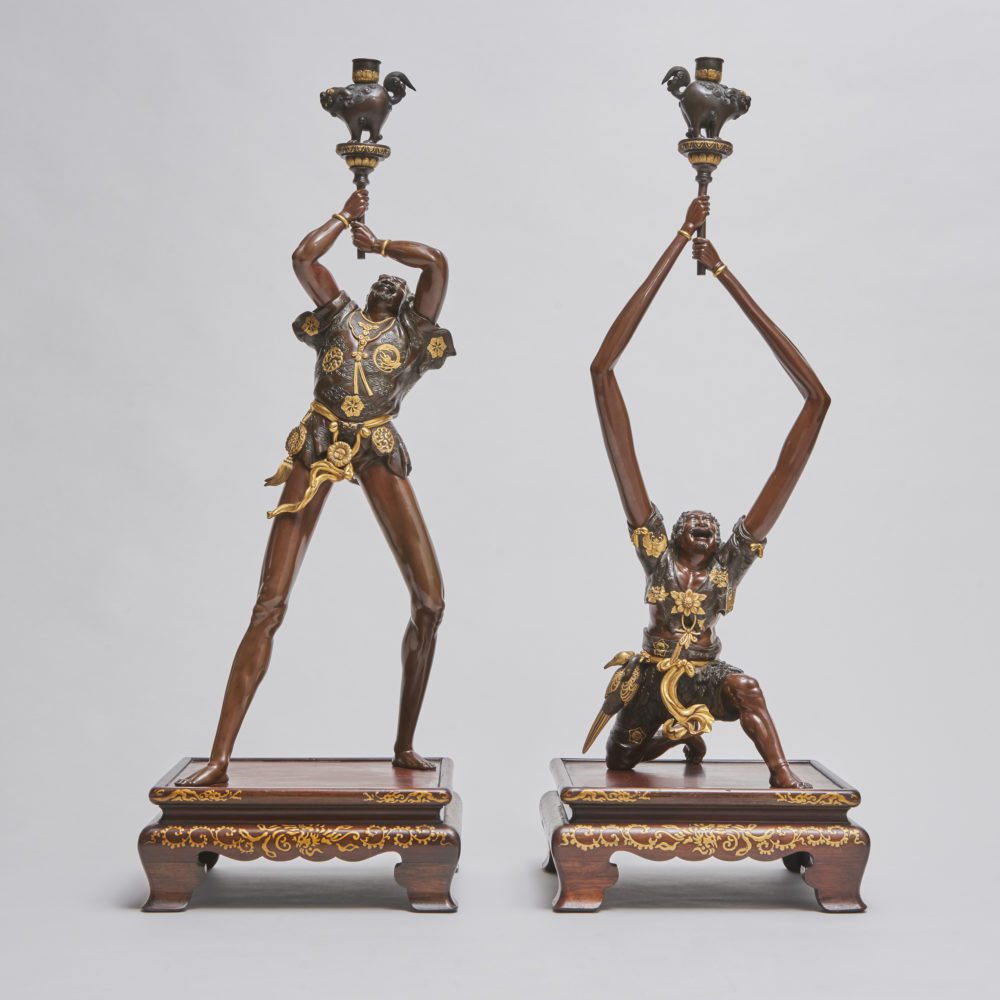 An extraordinary pair of Candlestick holders in the form of Ashinaga and Tenaga (Japanese, 19th Century) View details 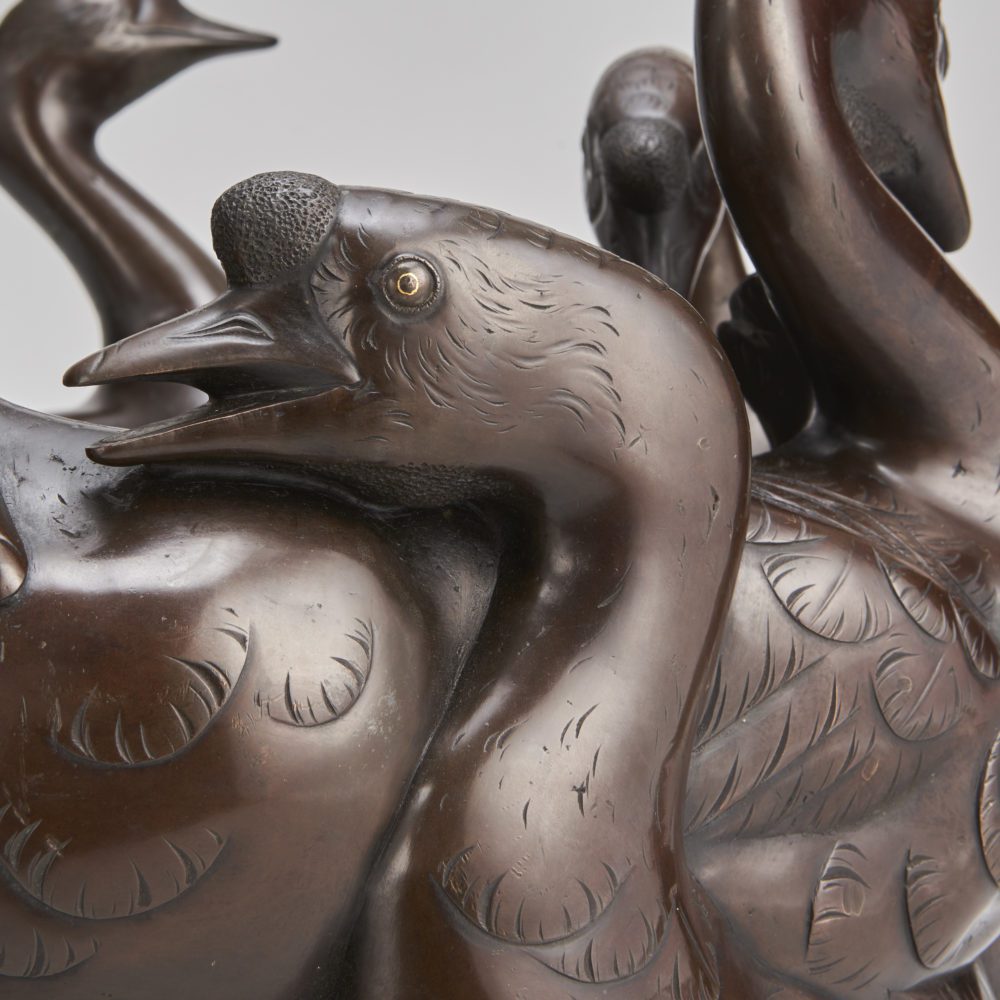