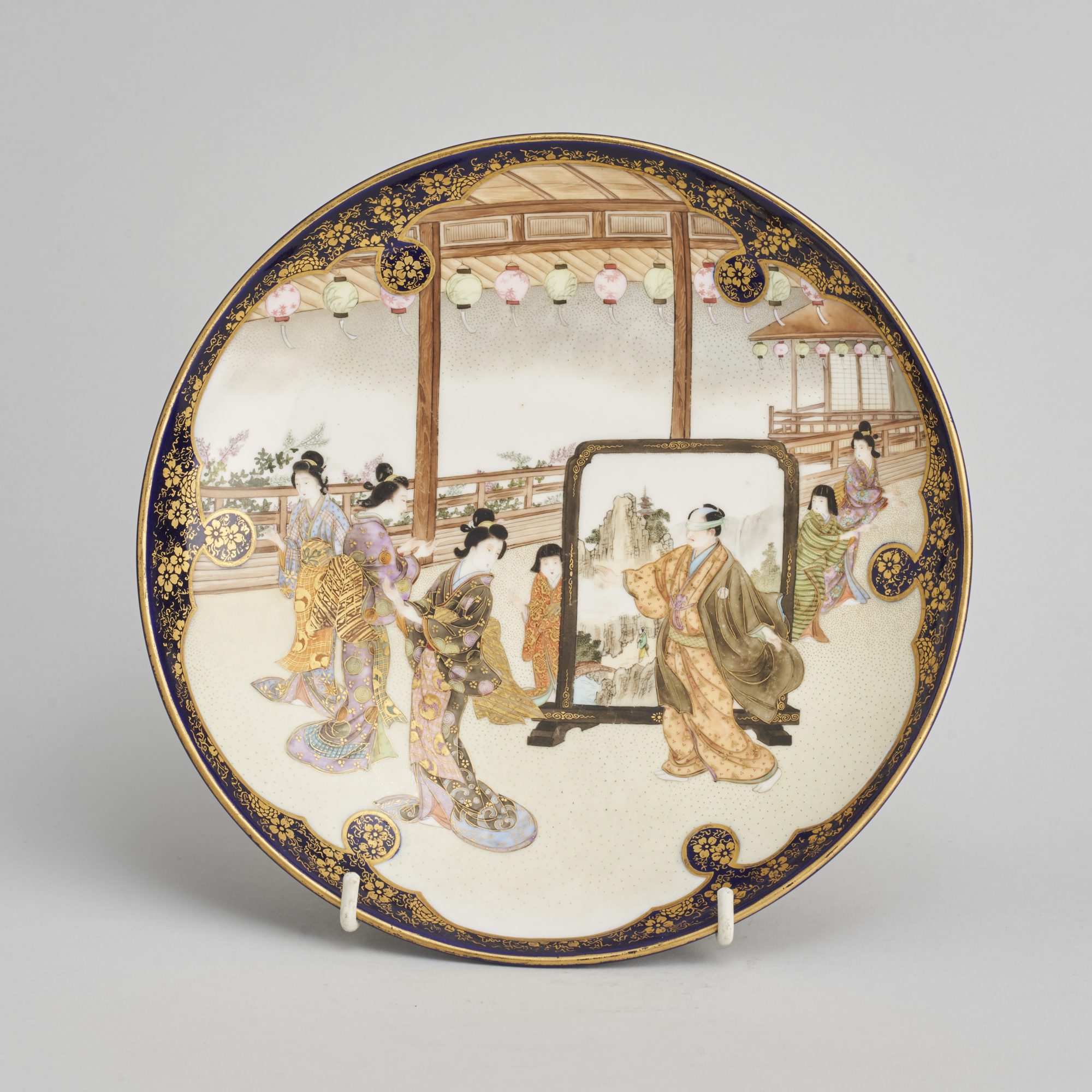 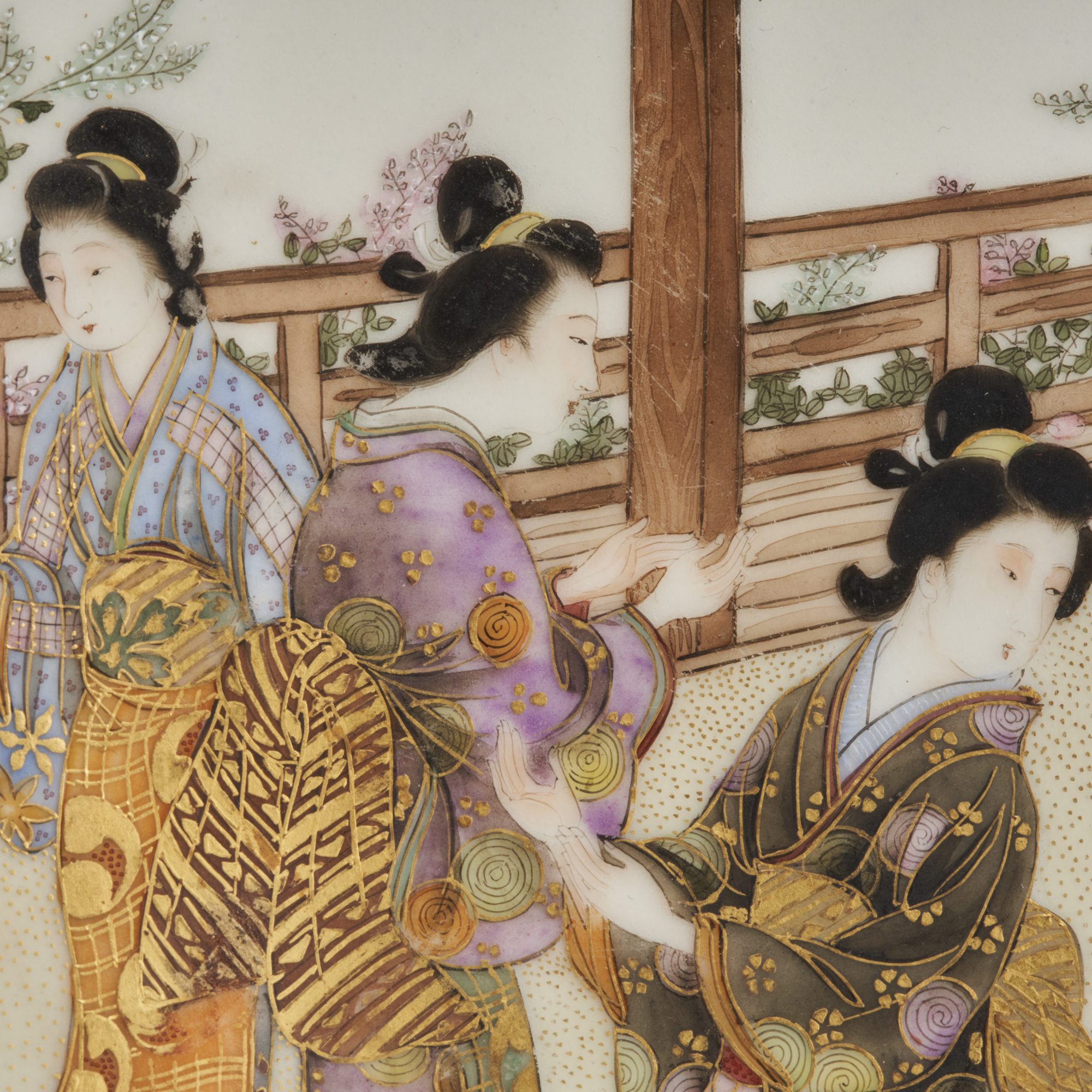 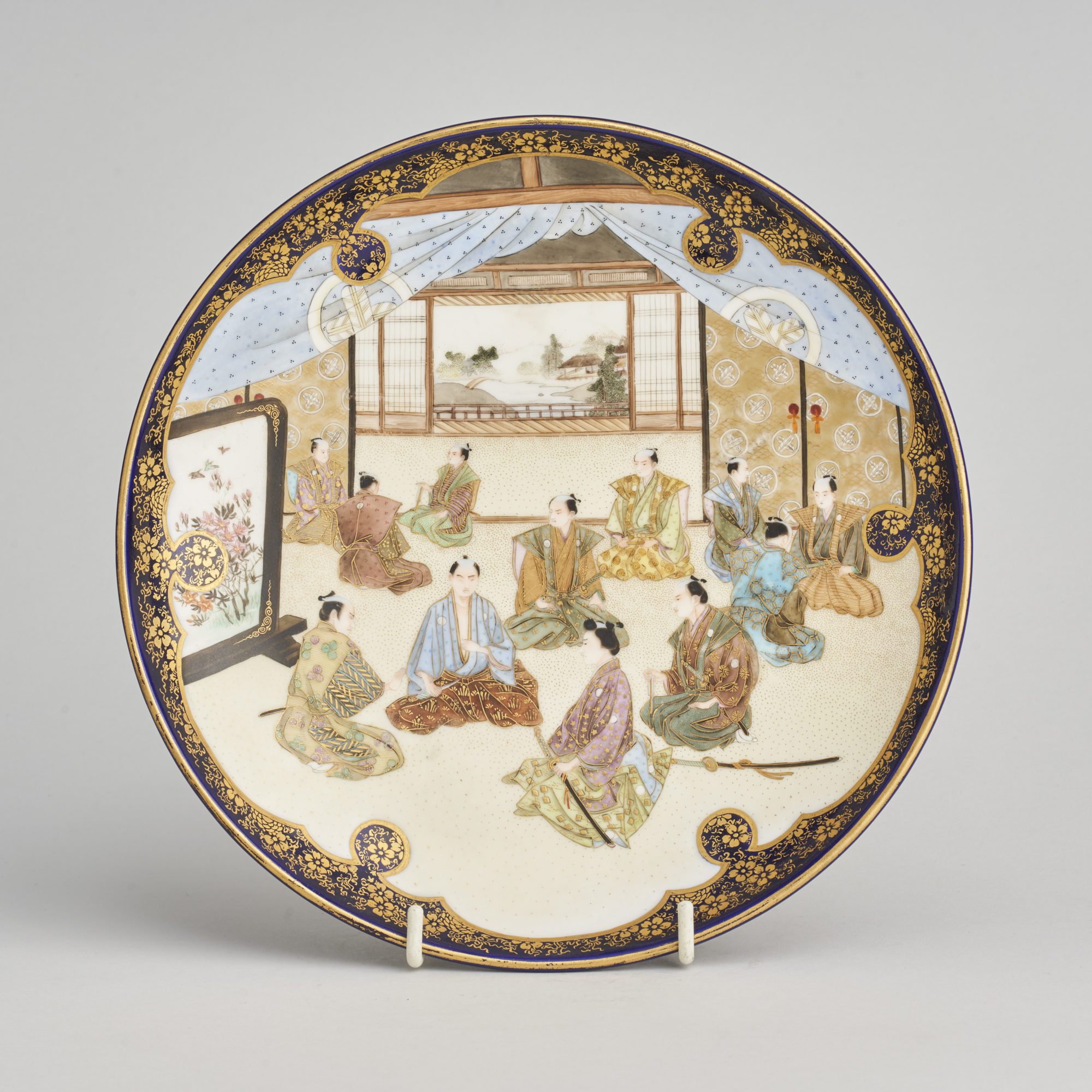 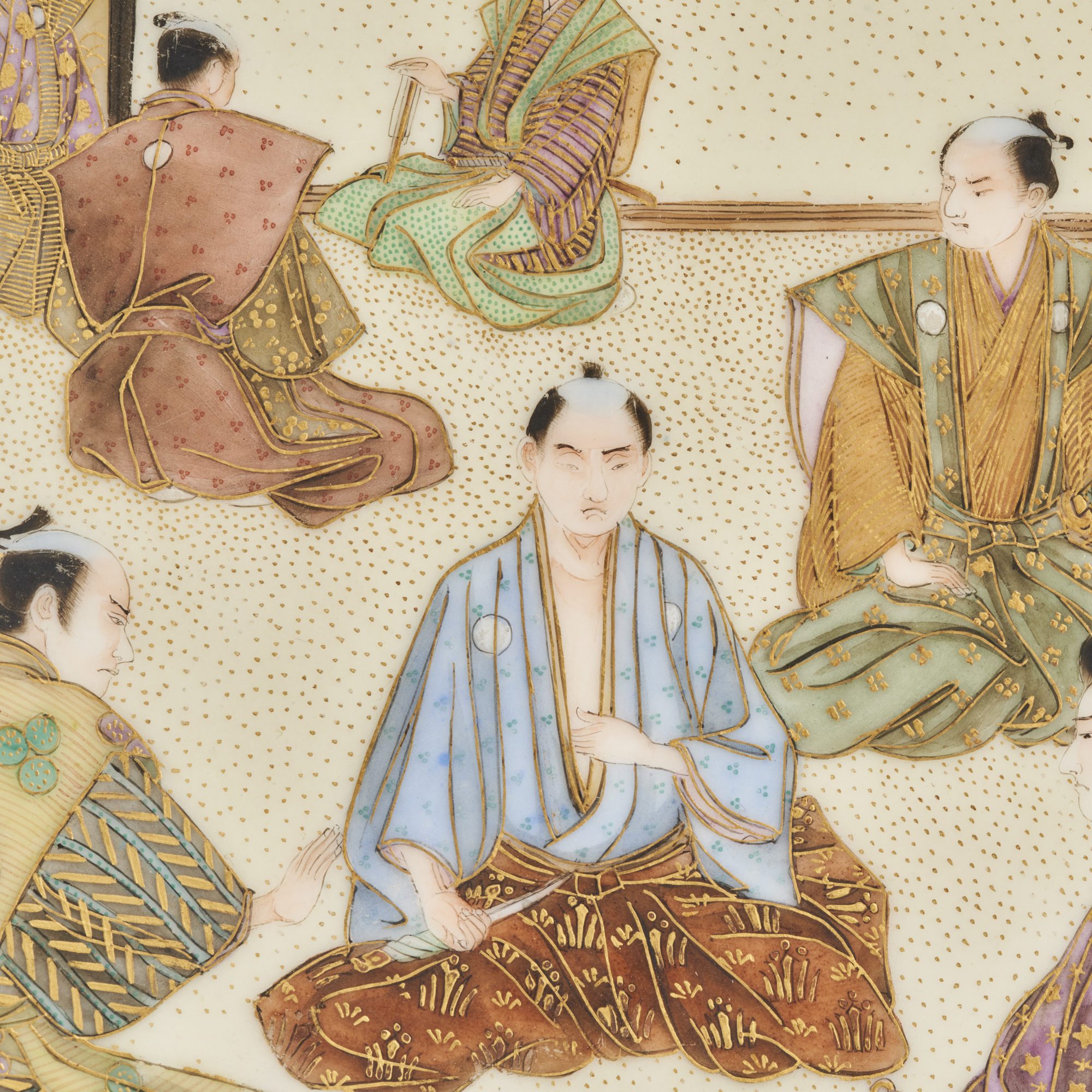 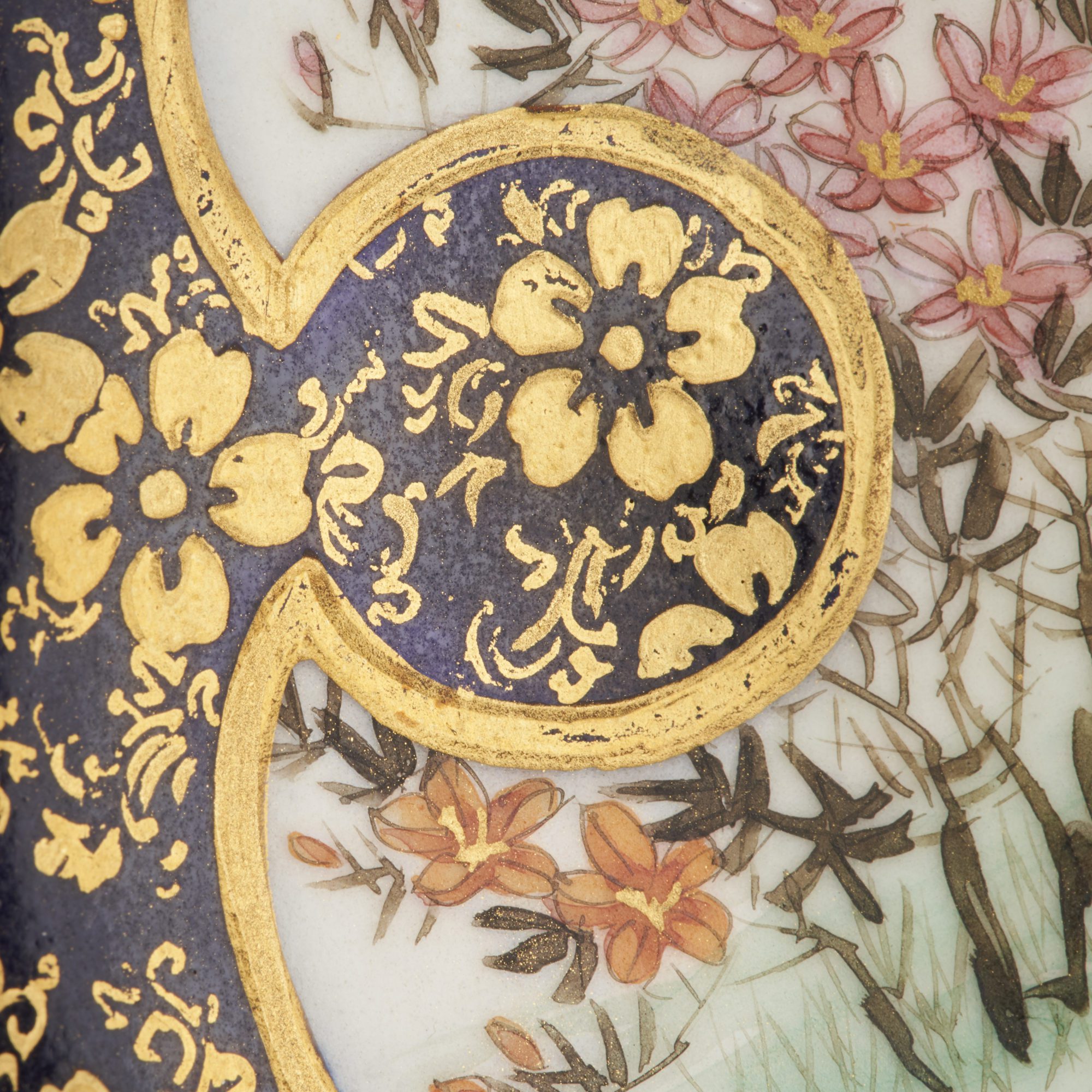 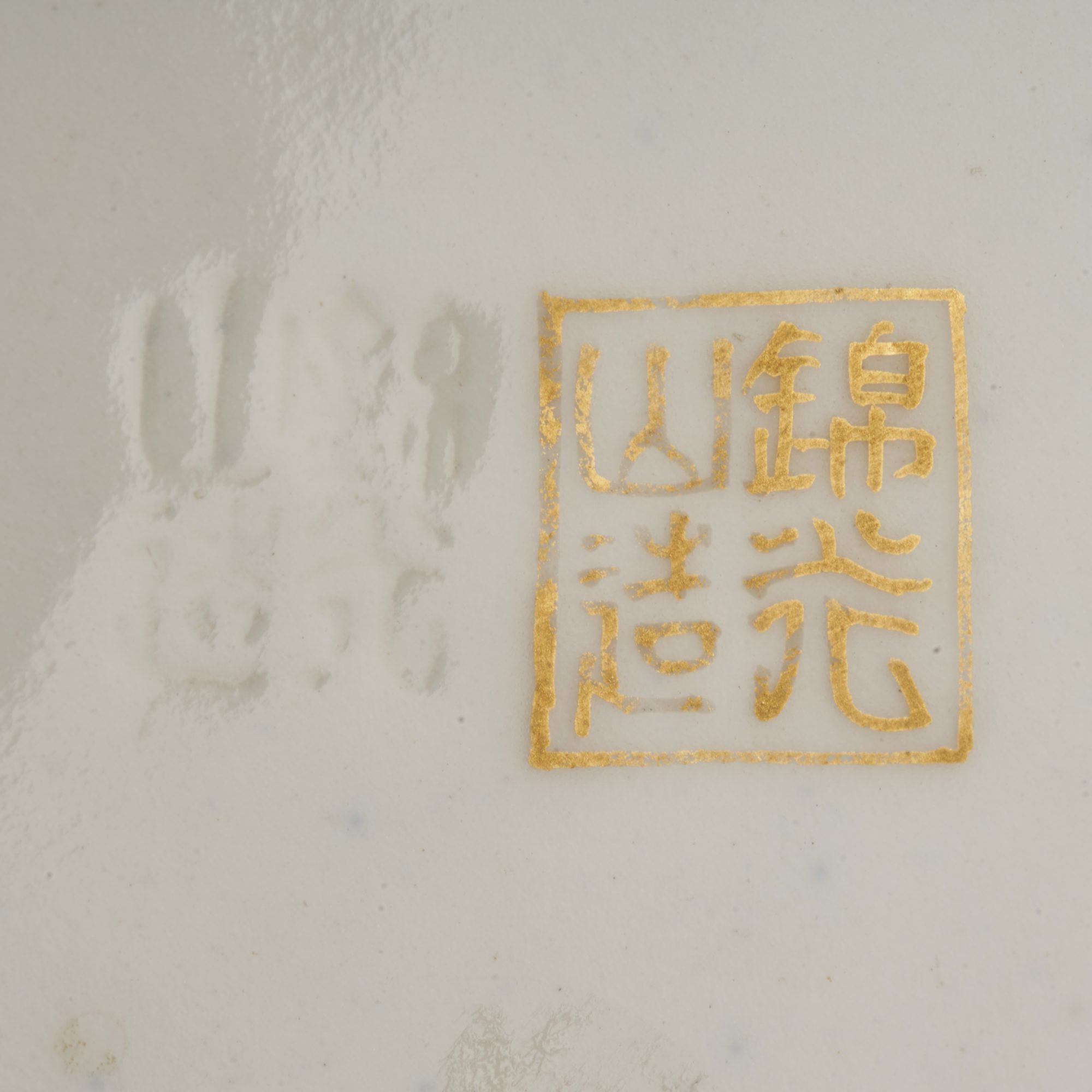 A pair of 19th century Japanese Satsuma plates with unusual decoration of a nobleman playing blind mans buff with Bijin and children, it’s pair shows a scene of seated Samurai in conversation.

Both plates signed Kinkozan with an impressed seal to reverse.

Blind mans buff is a well known party game played all across the world, the earliest record of it dates to Ancient Greece. There are many variations of the game, essentially a blindfolded version of ‘It’ or ‘Tag’, a Japanese version being played by young girls; they would dress up in their kimono and the blindfolded player would have to carry a full cup of tea while they searched for the other players. 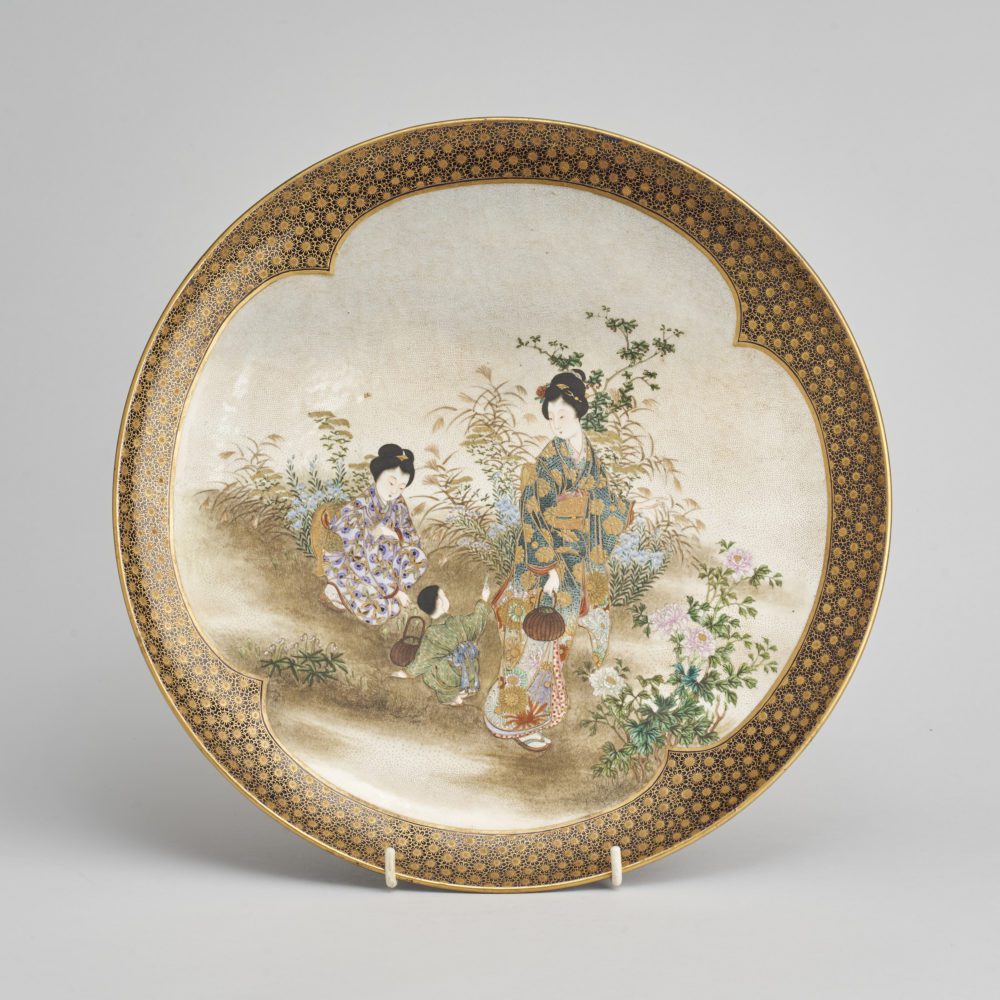 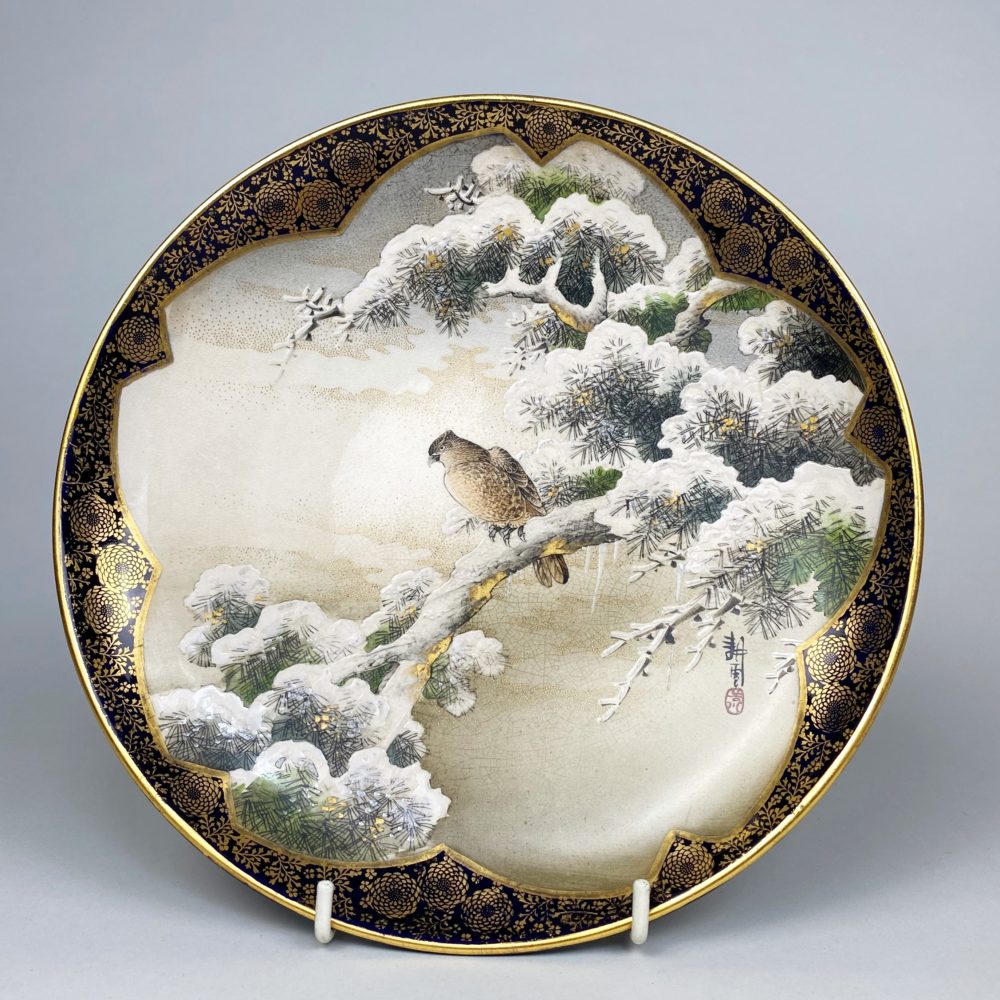