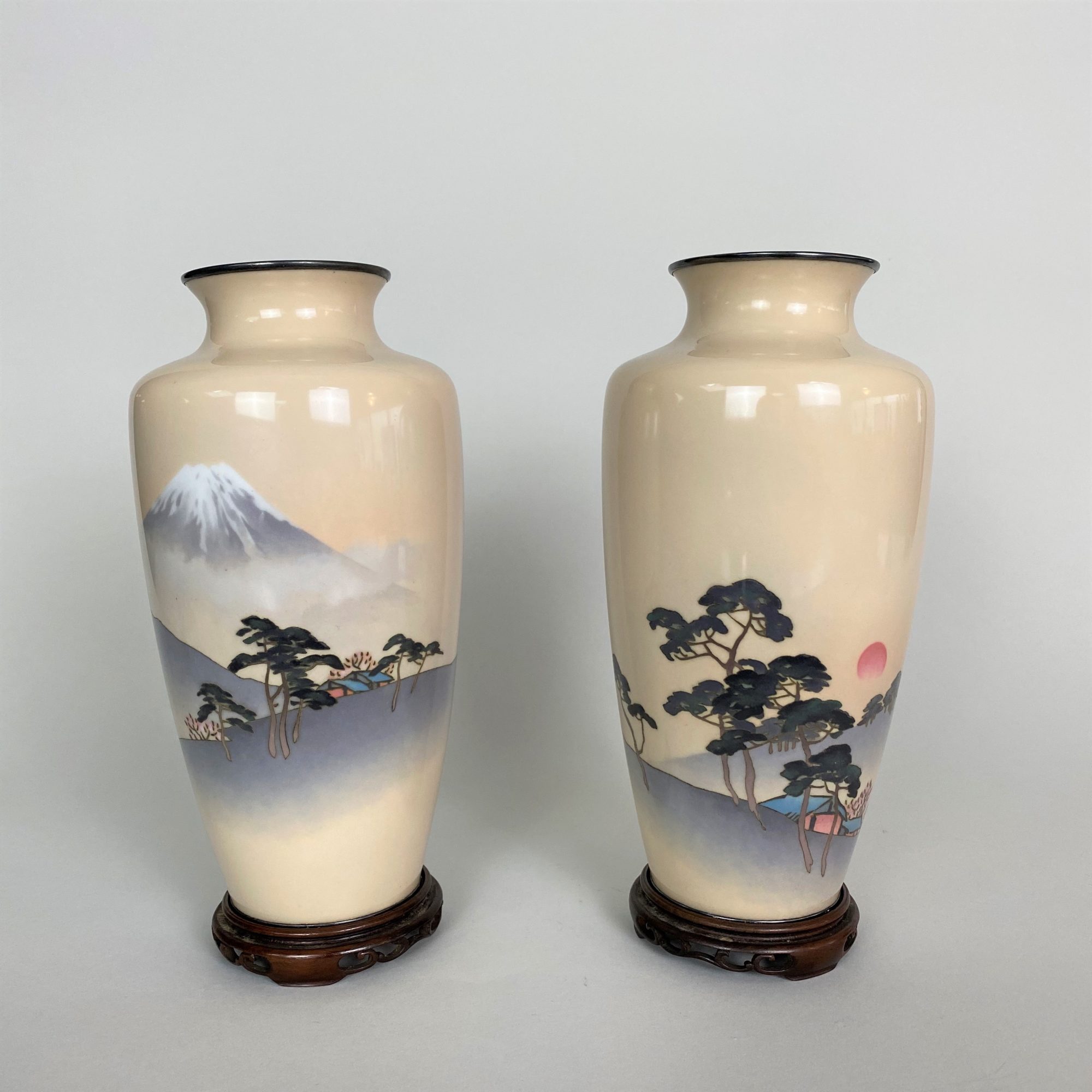 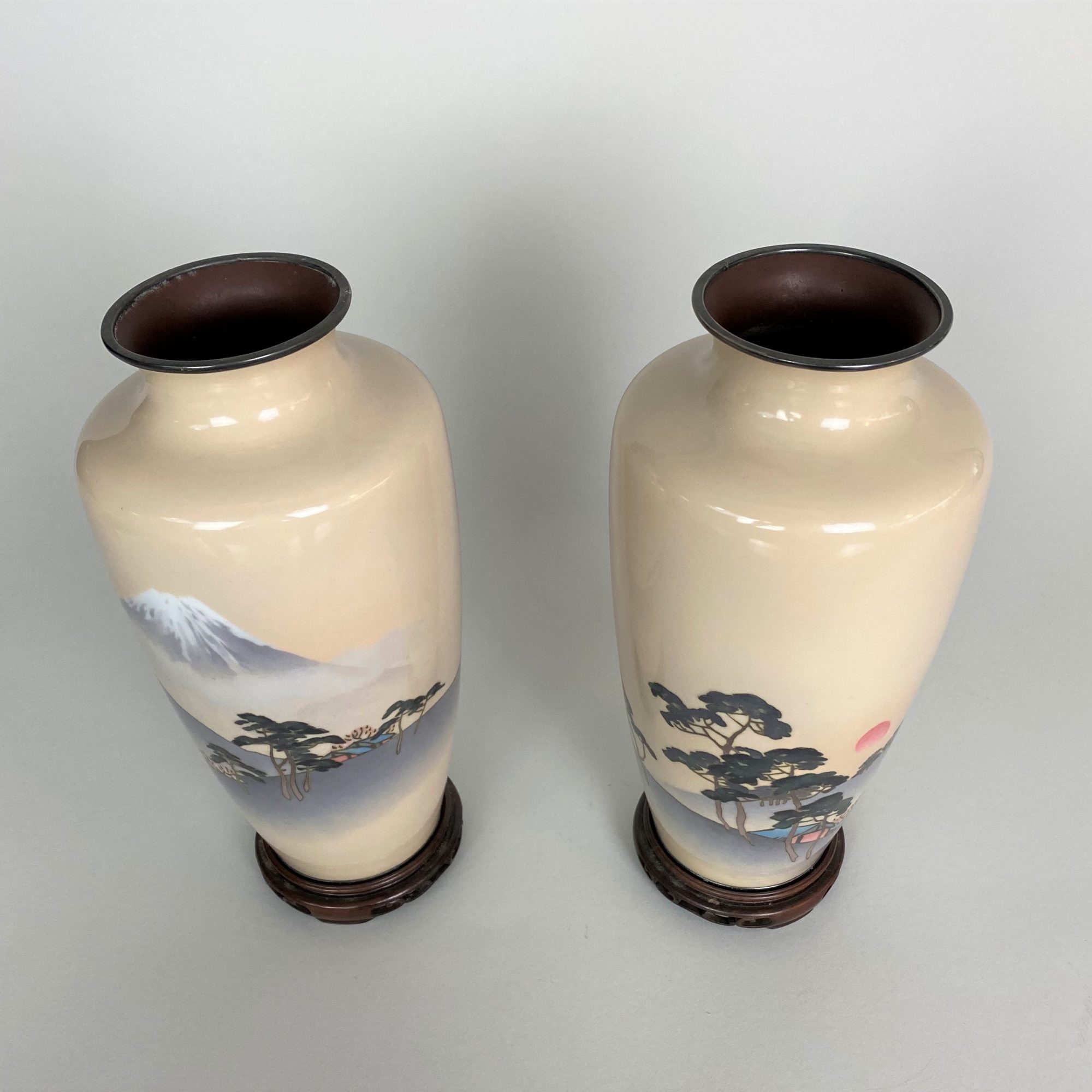 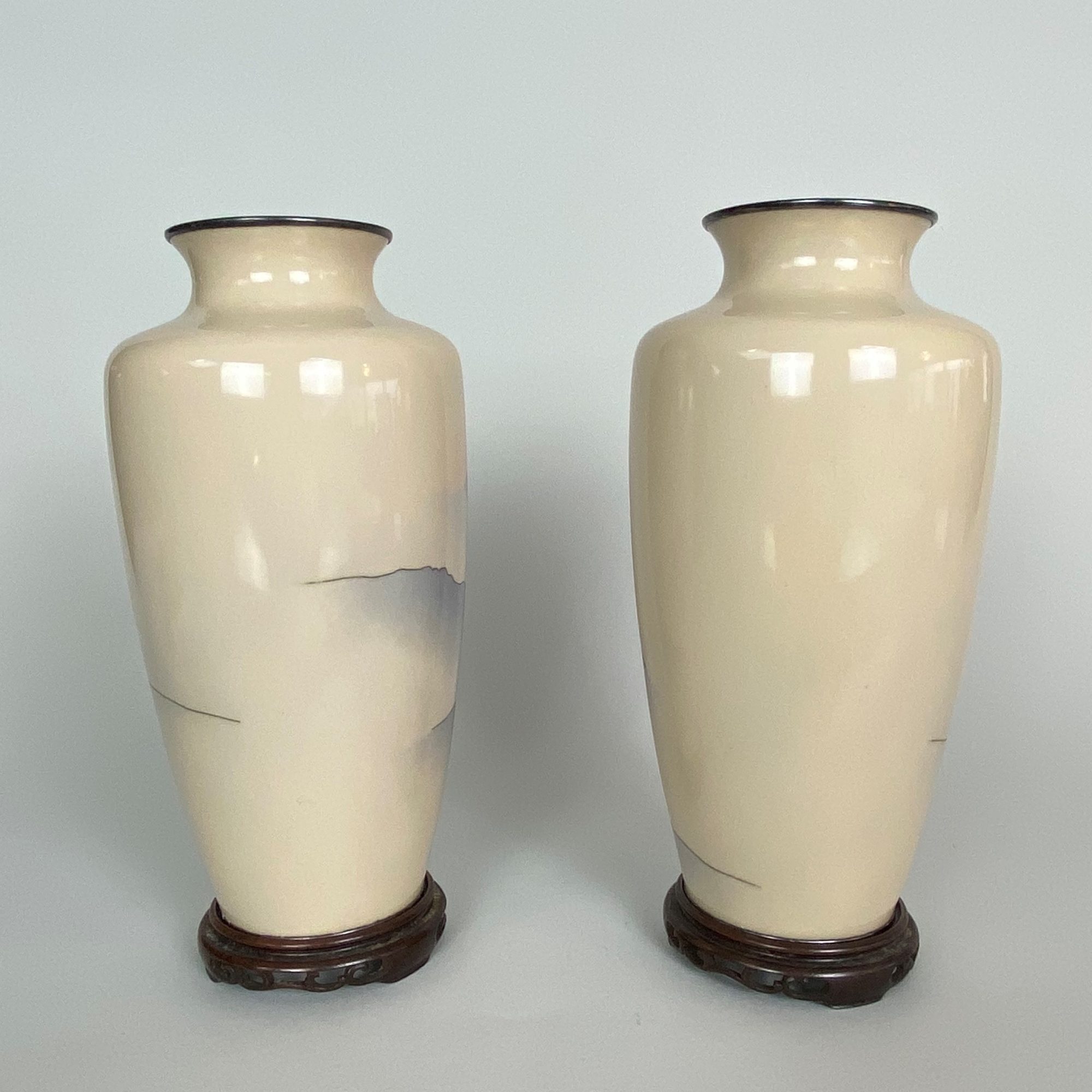 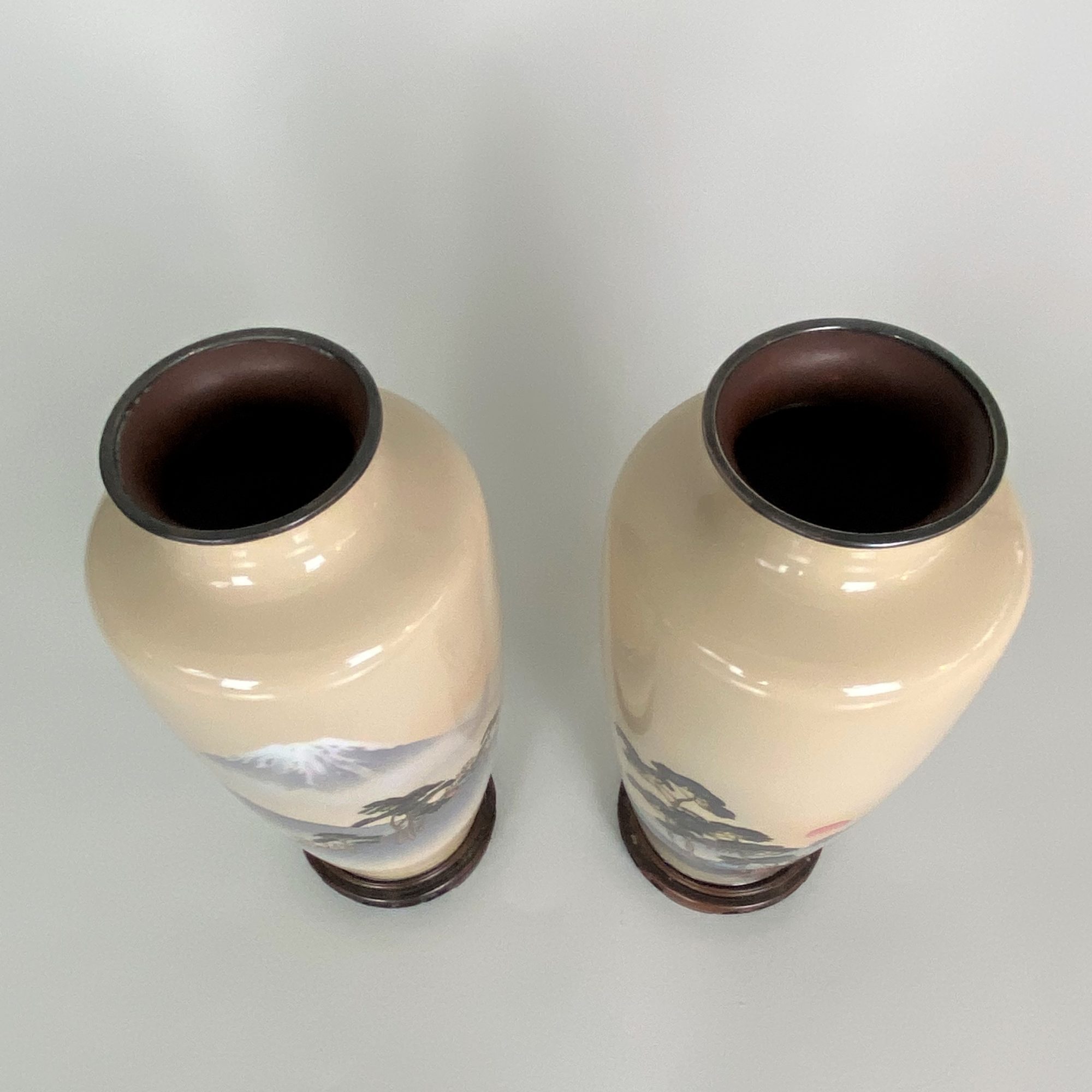 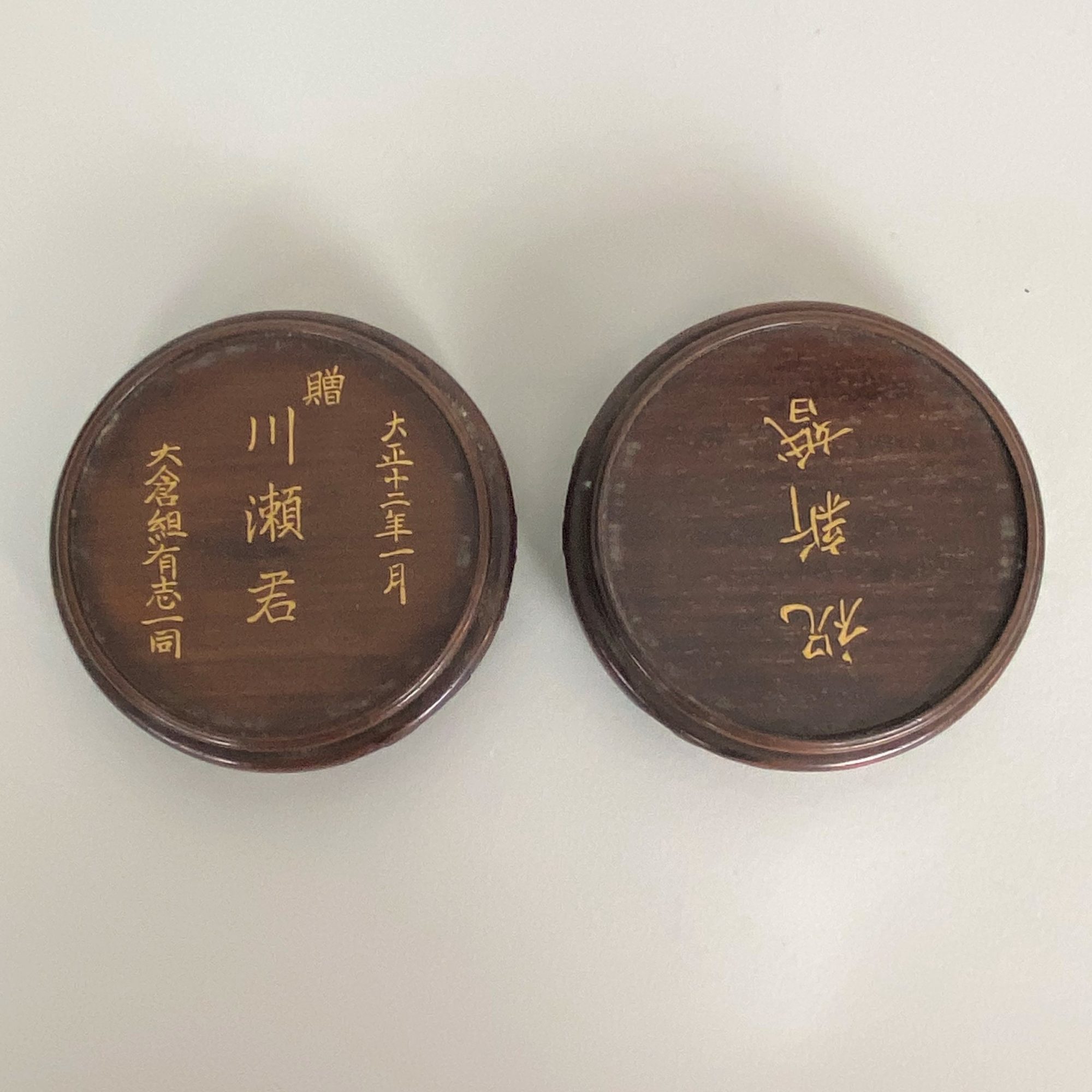 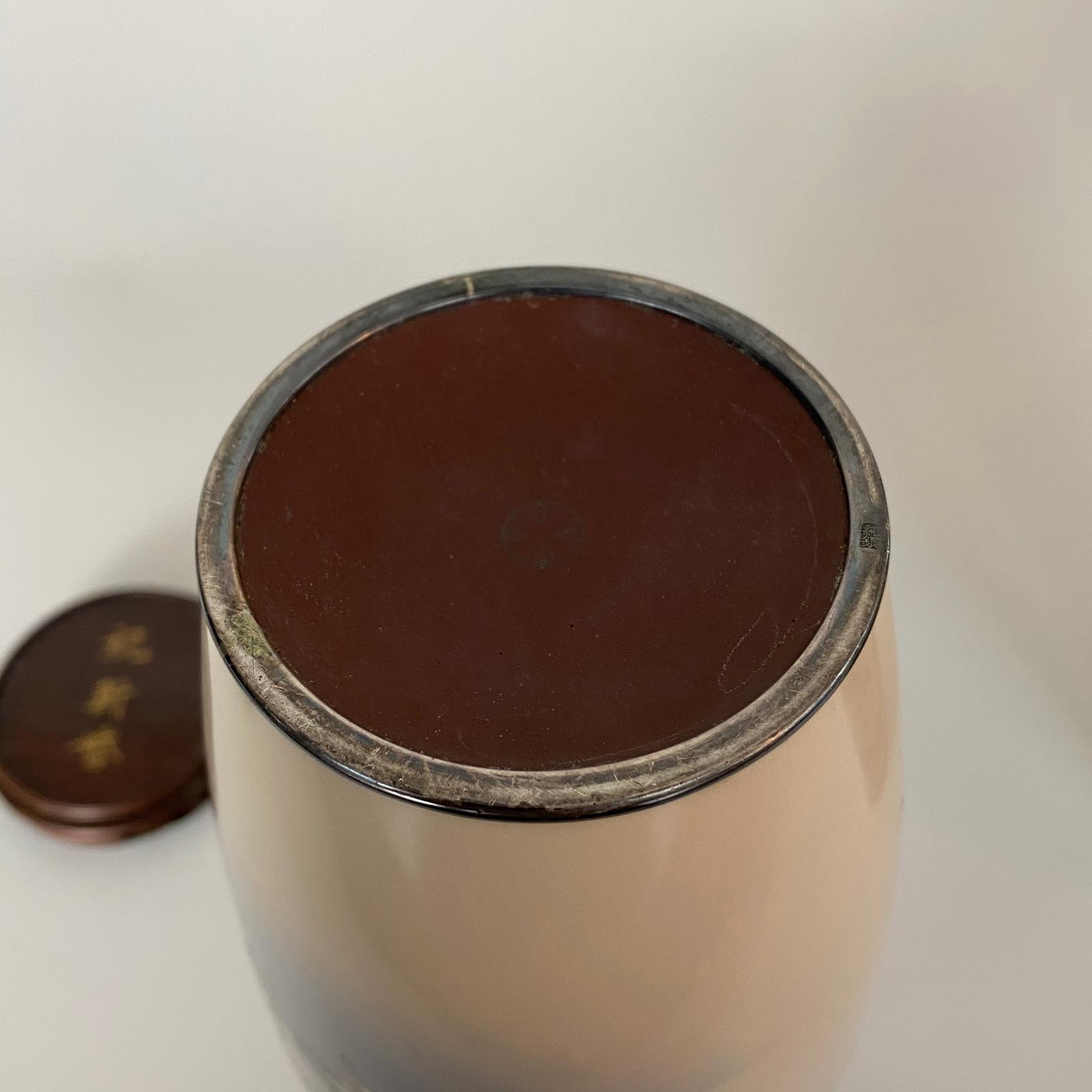 A serene pair of Japanese Meiji-period Ando (signed) vases on their original hard wood stands. The decoration, using a combination of wireless and wired-enamel cloisonne styles depicts calm scenes, one with traditional houses with Mount Fuji in the background and the other showing the dawn of a new day as the sun rises over a landscape of trees and houses.

The vases carry the signature of Ando and are in excellent condition. They stand 27 cms on their original hard wood stands and 25 cms off them and they are 12cms at their widest.

Please don’t hesitate to contact us for additional photographs.

The sun is a hugely important symbol in Japan, due to it’s position in the far east Japan is sometimes known as the ‘Land of the Rising Sun’. In Japanese Japan itself is known as Nippon which means the suns origin, it appears on both their flags; the national flag as a red circle on a white background and the rising sun war flag as a red circle with rays emanating from it. In the Shinto religion it is believed that Amaterasu the sun goddess founded Japan 2700 years ago and all Emperors are descended from her. 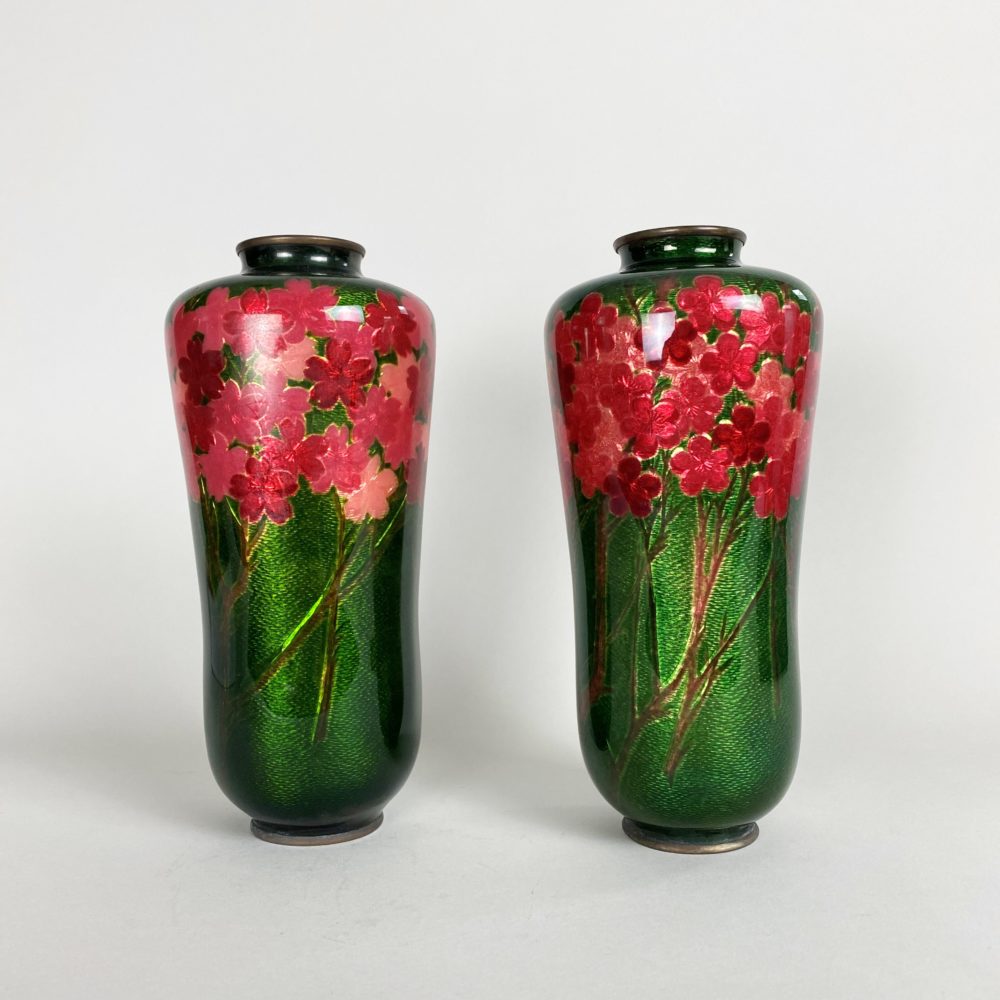 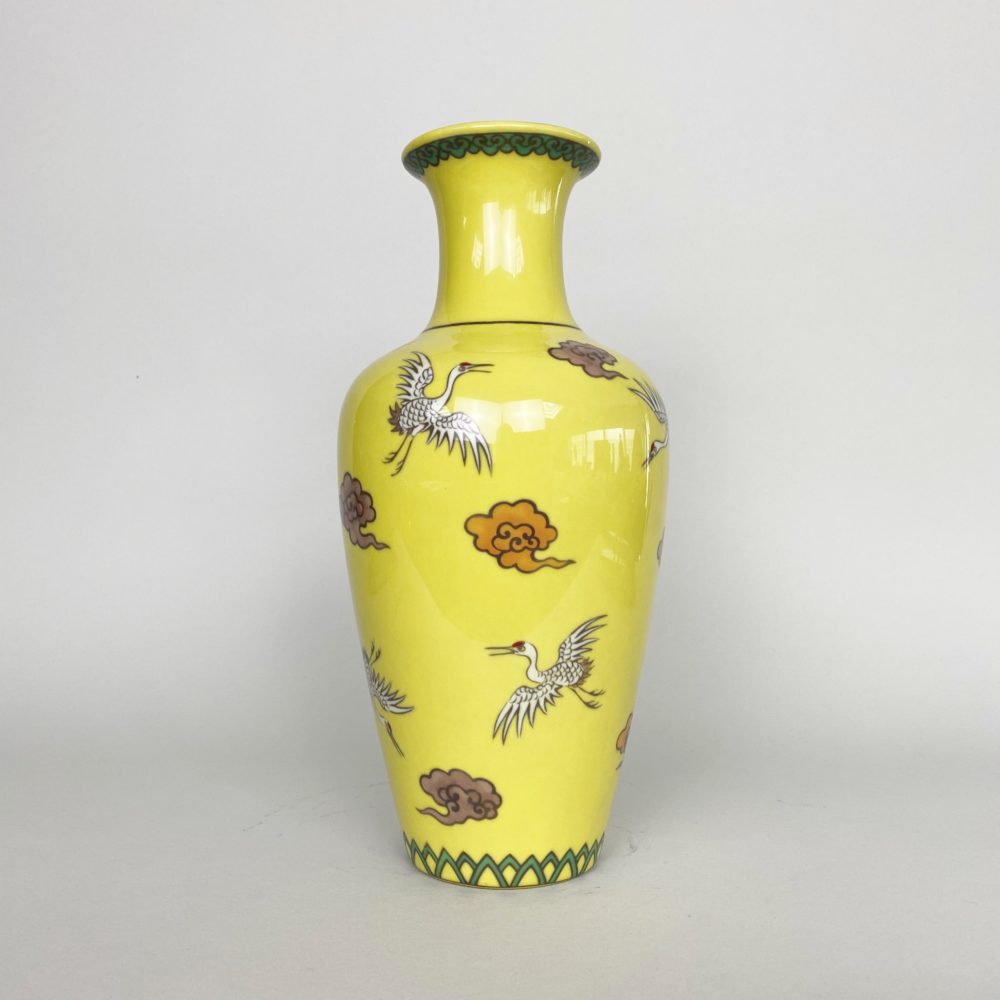