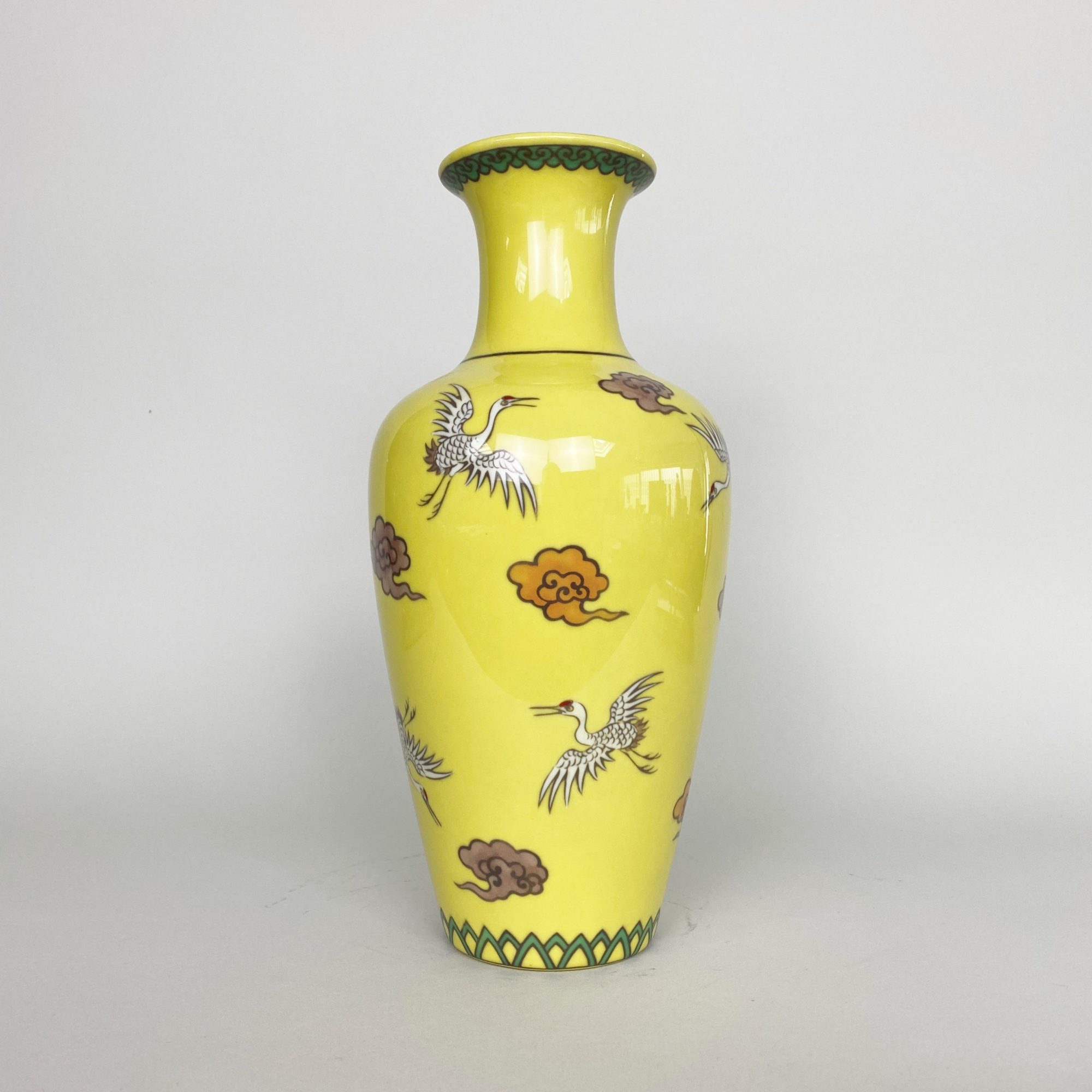 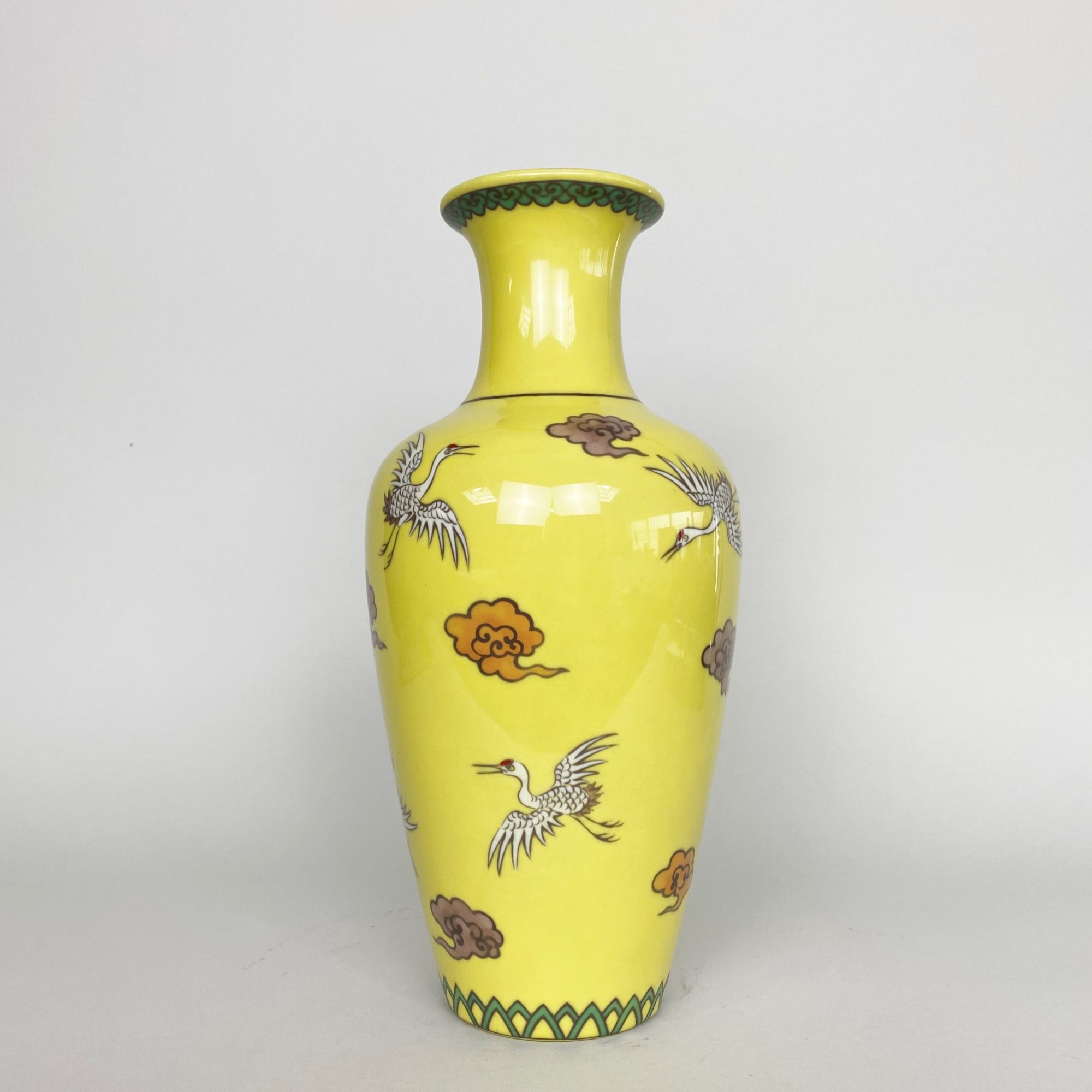 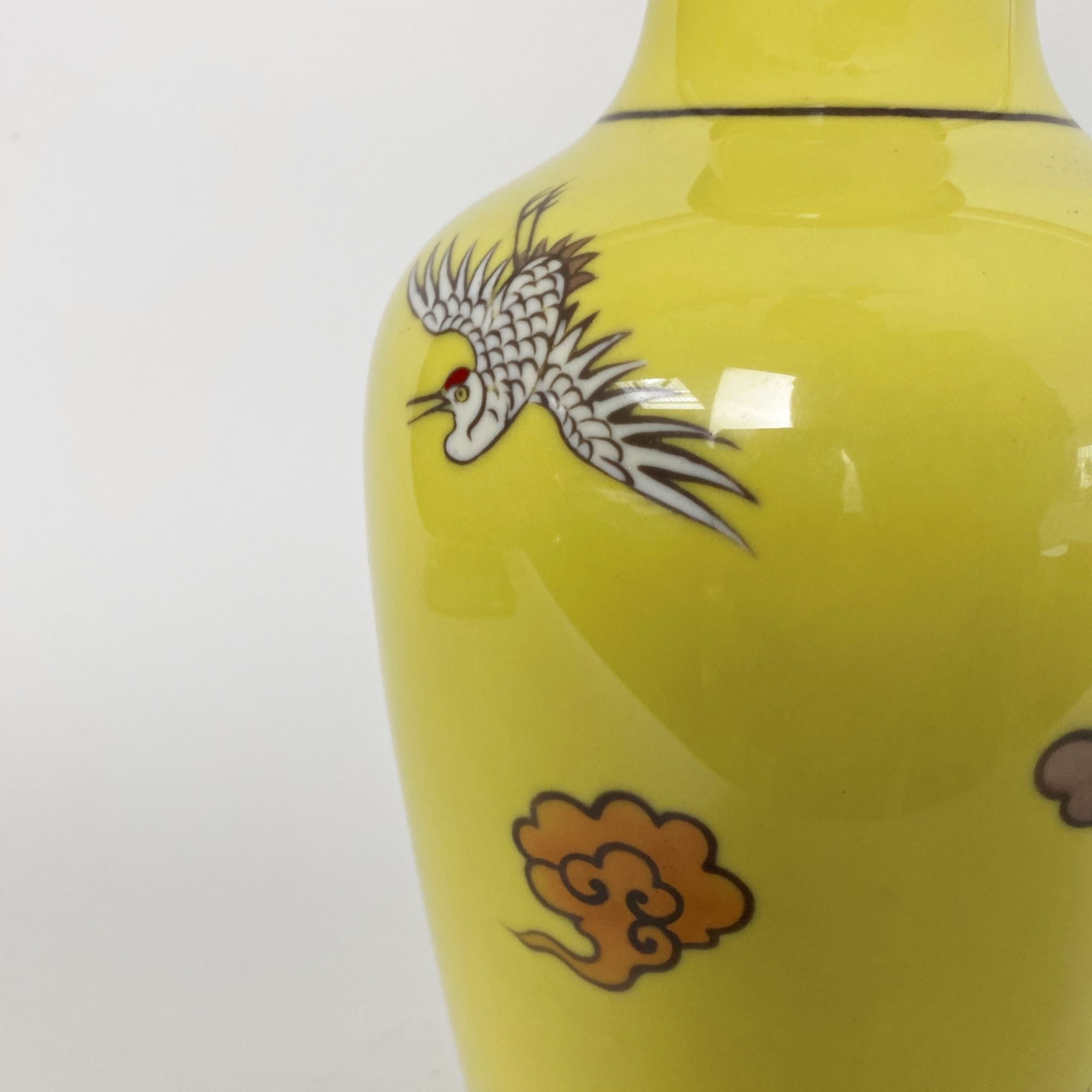 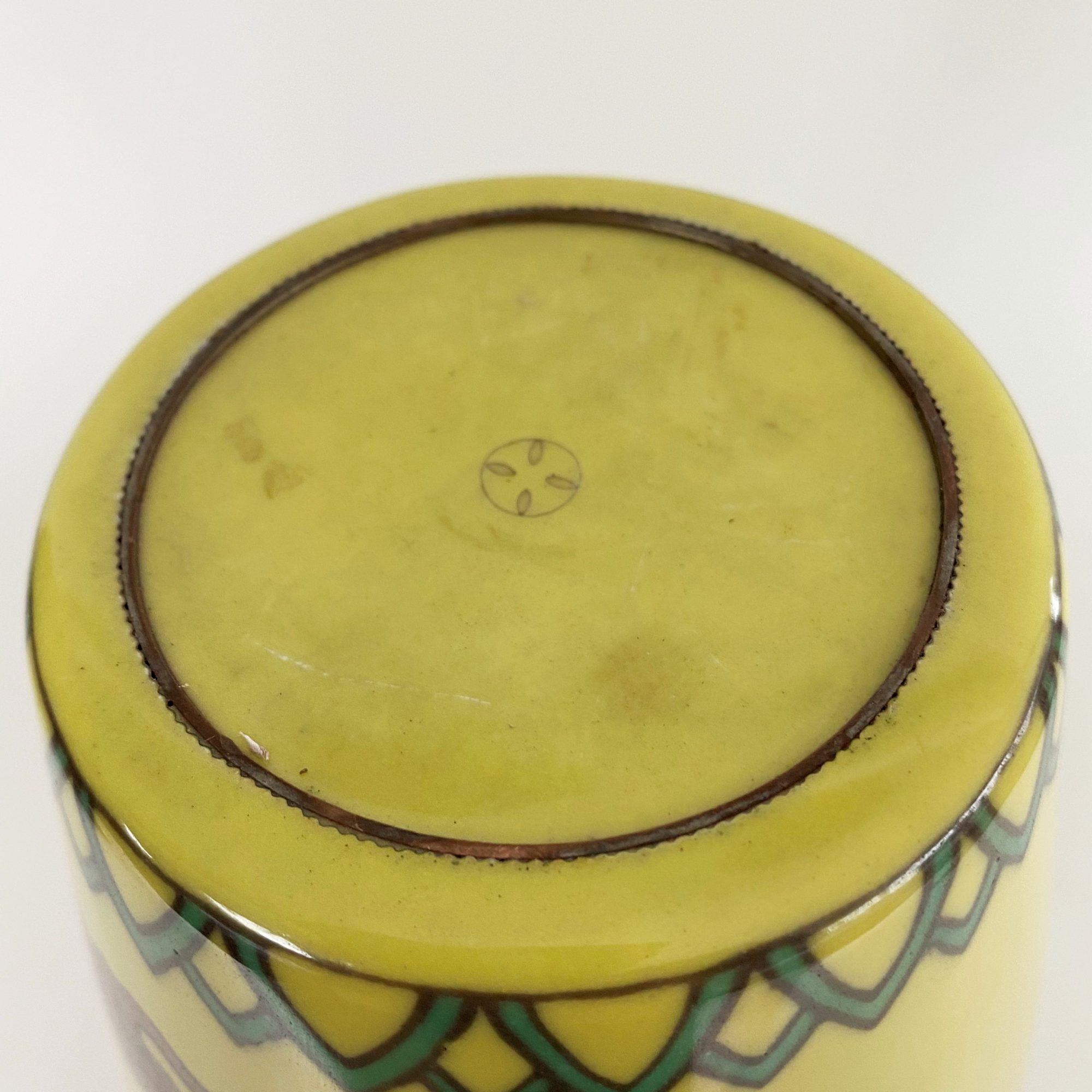 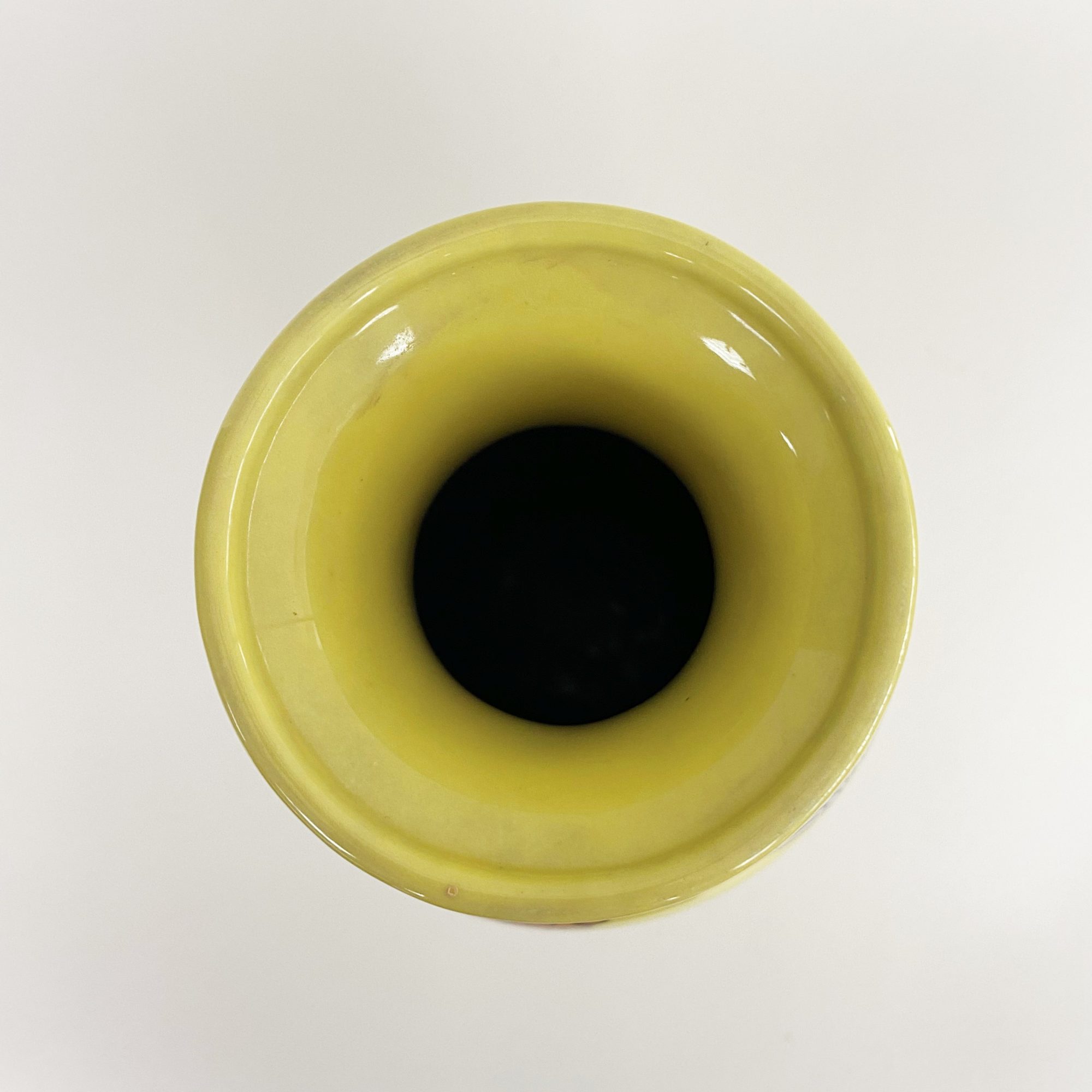 Please don’t hesitate to contact us for additional information, photographs or video.

The red crowned crane is one of the largest of the crane species at around 1.5 meters tall, they are sadly one of the most threatened with just over 3000 individuals remaining. They can live for 75 years and mate for life, reaffirming their bond with impressive displays, and as such are a symbol of luck, fidelity and longevity.

Cloisonne is an enameling technique used to decorate metal objects, typically copper or silver, fine lines of metal are used to define the outlines of a design (called cloisons in French which is where the name cloisonne comes from) enamel paste in different colours is applied to the areas, which are then fired in a kiln and polished to create a glass-like finish.
Cloisonne is very fragile and must be treated with the utmost care, as one tiny knock can cause an area to shatter, it is very hard if not impossible to restore cloisonne.
This example of cloisonne is actually musen (wireless) the dividing wires would be removed after decorating but before final firing to give a more painterly finish. 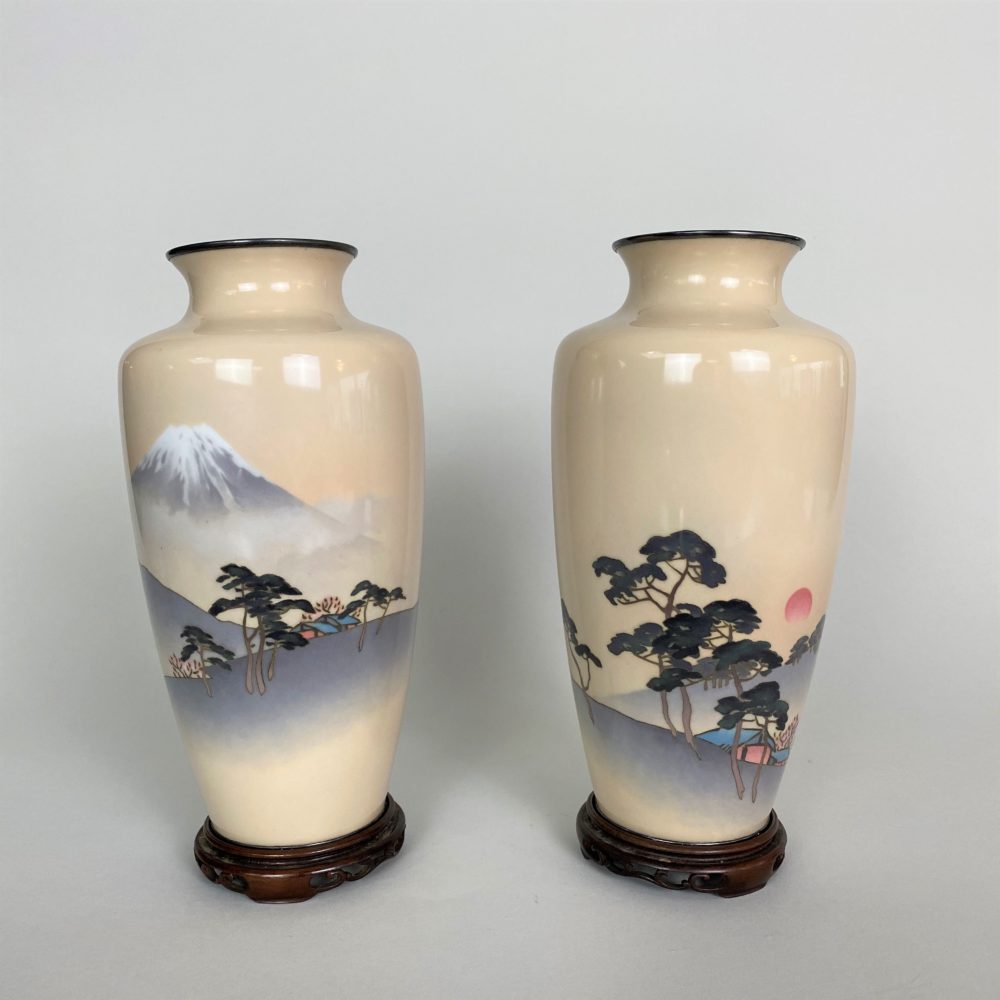 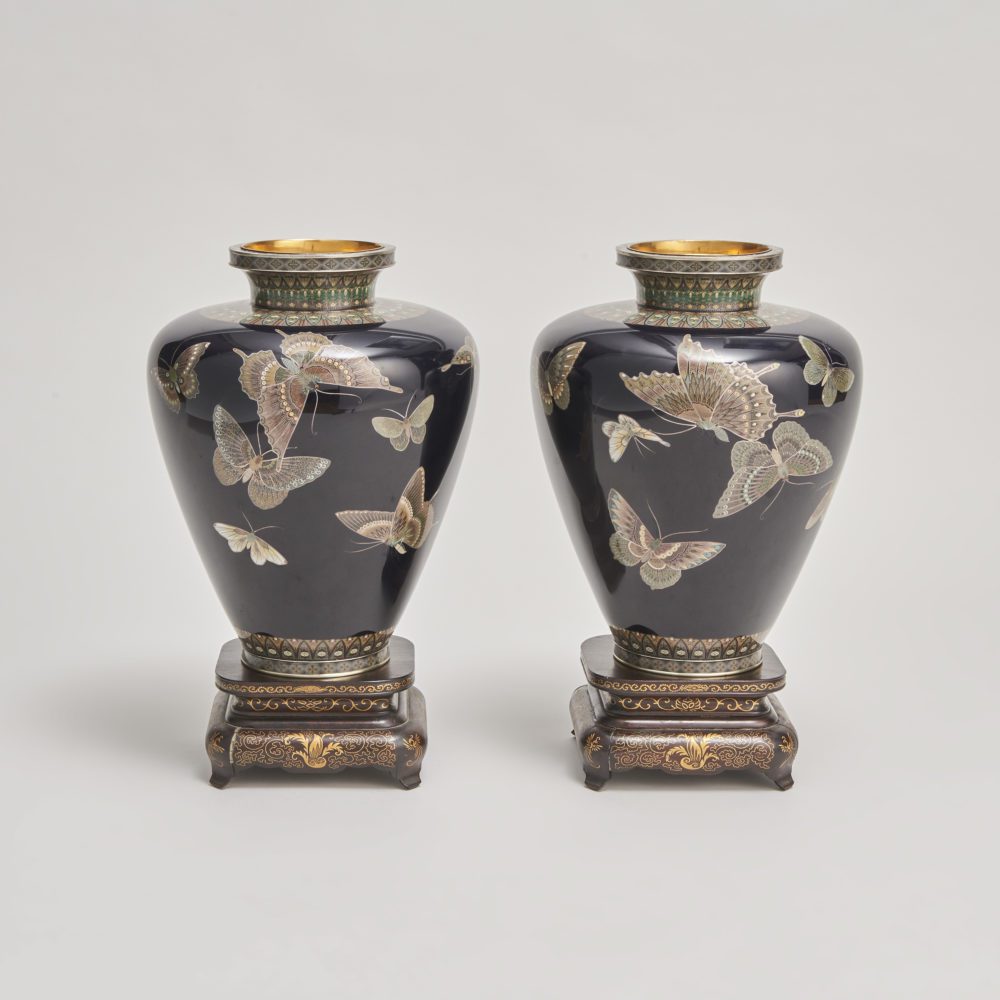