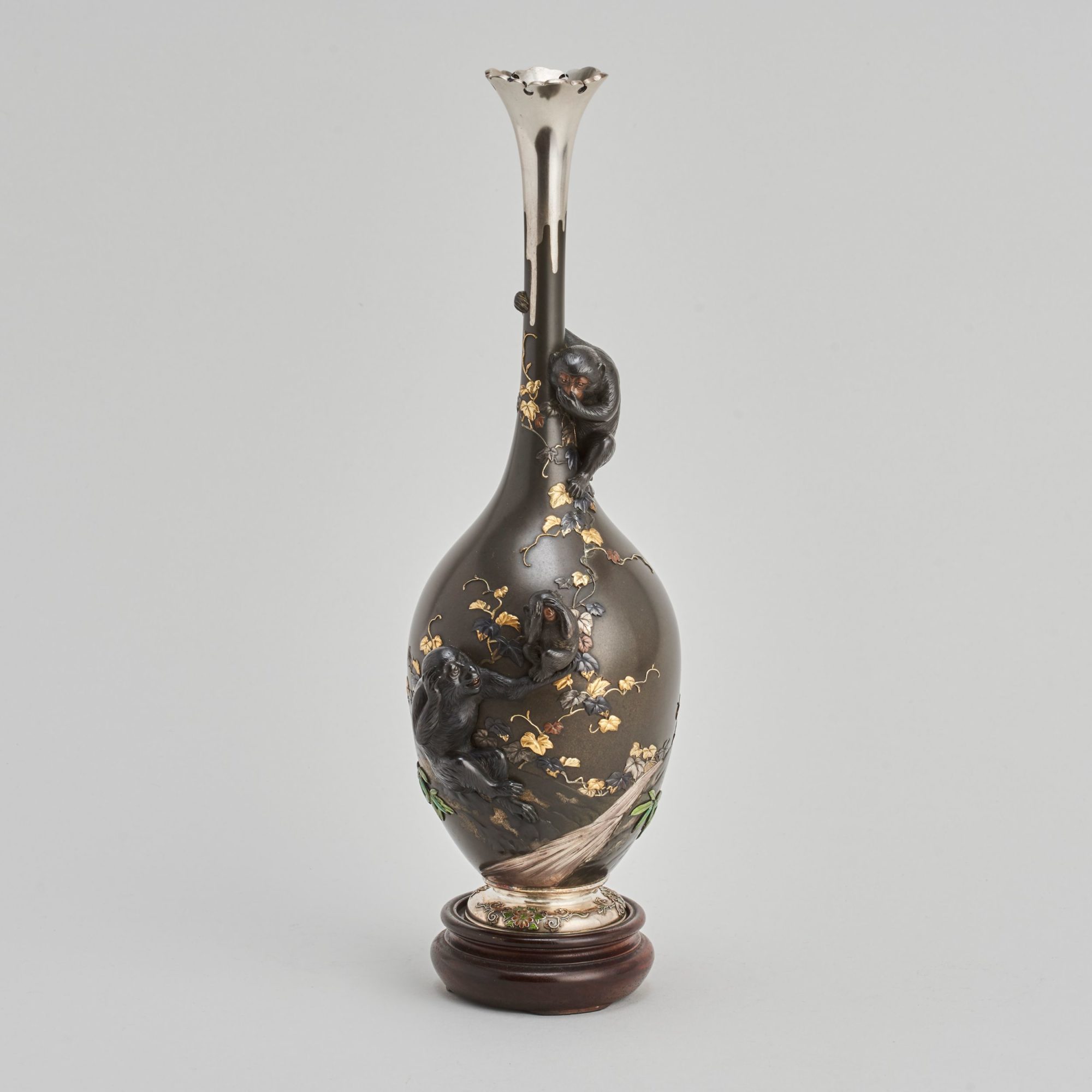 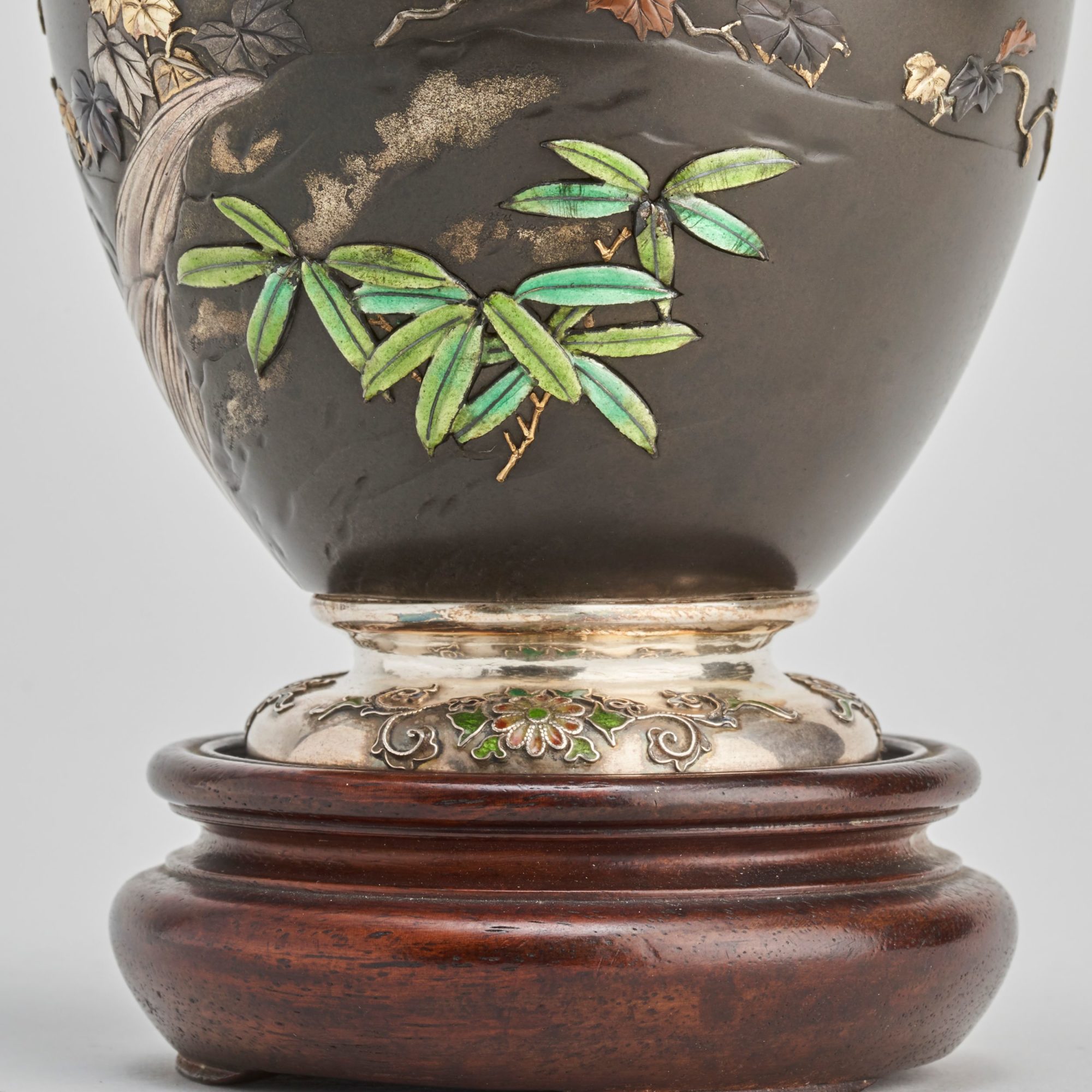 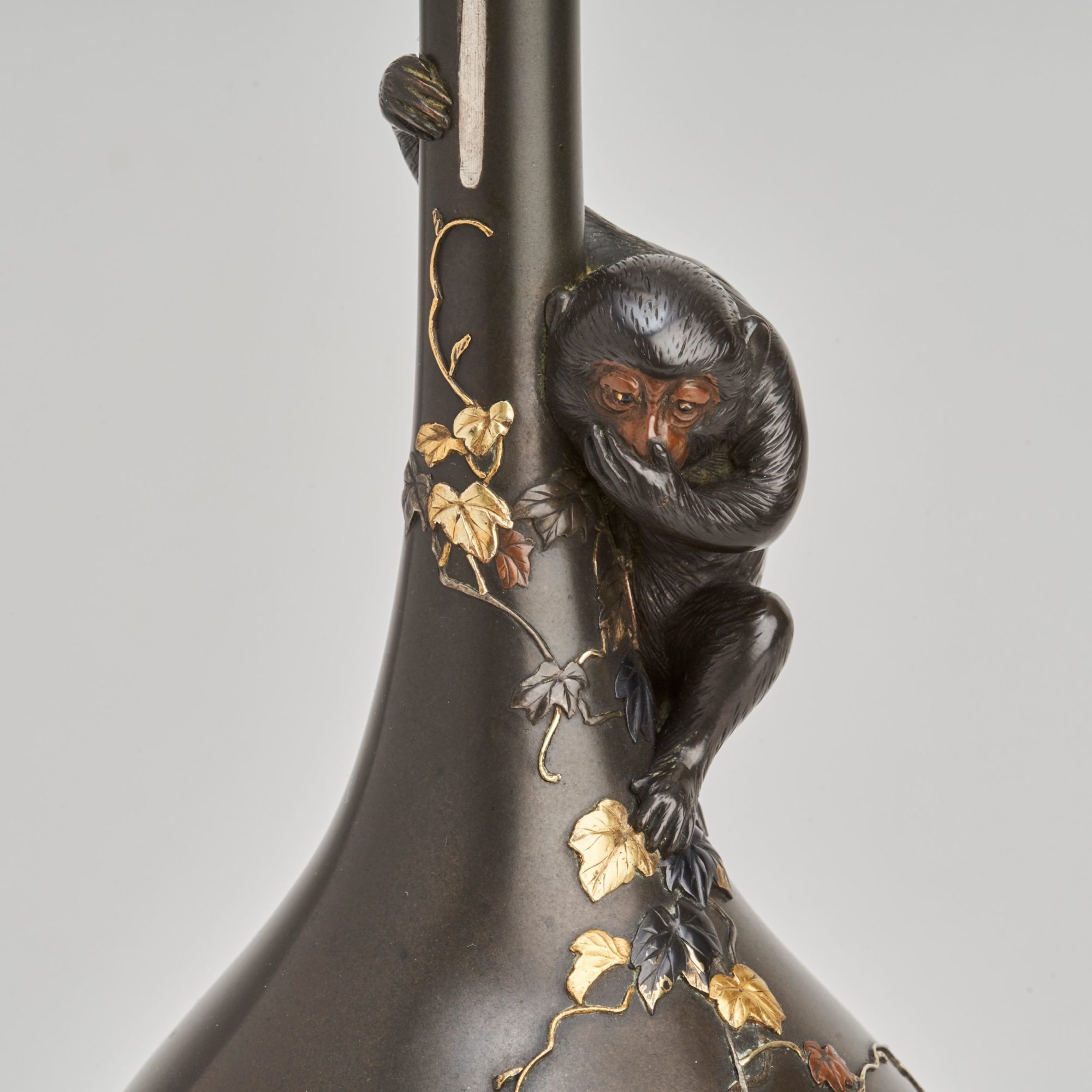 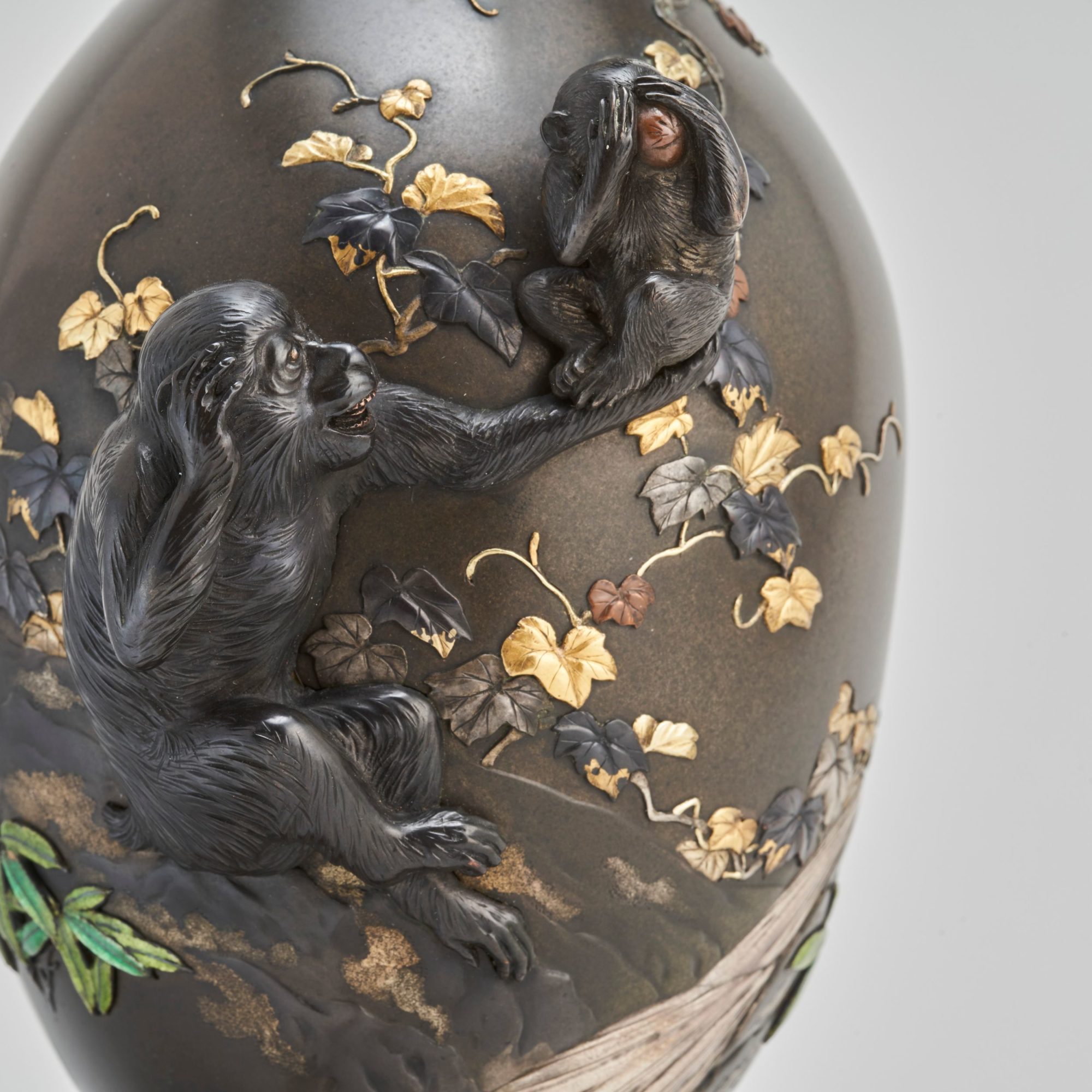 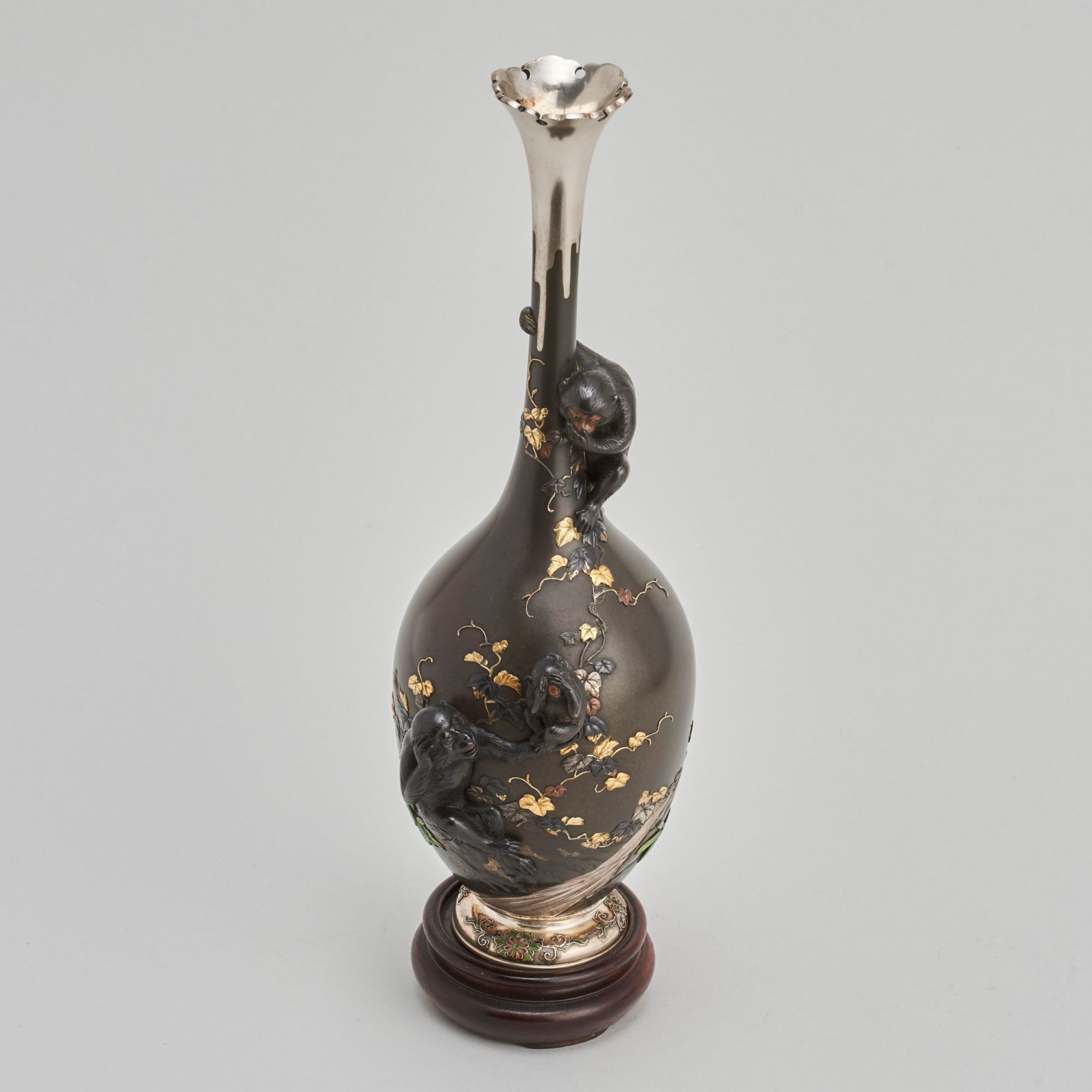 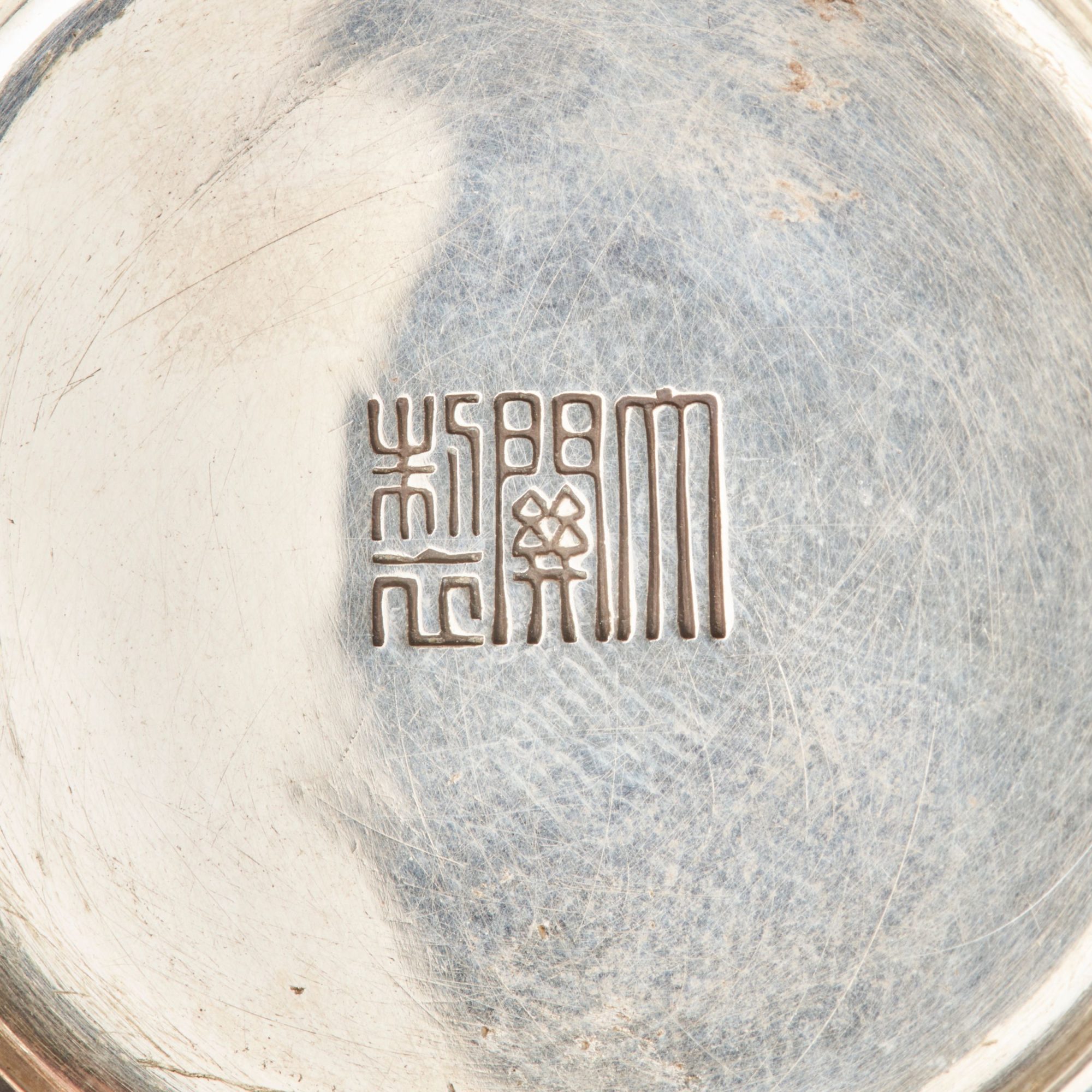 An Impressive Meiji Period (1868-1912) slender form vase with intricate multimetal and enamel decoration of bamboo and a delicate climbing plant, three dimensional depictions of the three wise monkeys are the most striking feature of the vase, two on the body and one, fully sculpted, holding onto the neck.

The three wise monkeys are the pictorial depiction of the saying ‘See no evil, hear no evil, speak no evil’ there are several interpretations of this phrase, in Buddhism it is thought to represent not dwelling on evil thoughts, in more general society it often means to turn a blind eye and can even be used to signify the code of silence in organised crime.
It is thought that the image originally came from a carving above the door to the Tosho-gu shrine in Nikko, the monkeys depicted are Japanese macaques a common species often appearing in Japanese art. They are comprised of Mizaru who covers his eyes, Kikazaru who covers his ears and Iwazaru who covers his mouth.
Today they are a well known image both in Asia and the wider world, appearing in many art forms and even as emoji.

Ozeki was a company active in the Meiji Period and early 20th century which specialised in commissioning and working with the very best craftsmen of the day, they produced many outstanding works which were exhibited in the great expositions.

Toshiyuki is an artist known for his skill in metalwork, she is recorded as working with Ozeki on several occasions. 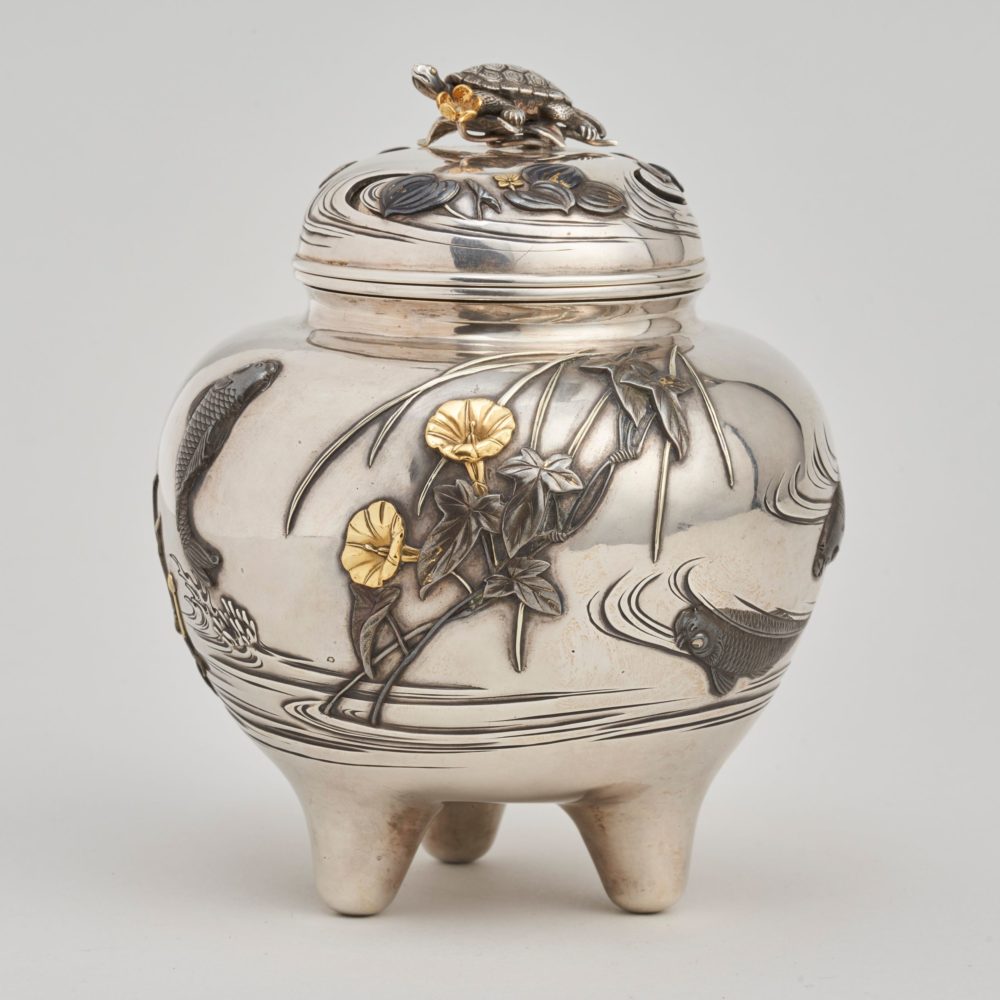 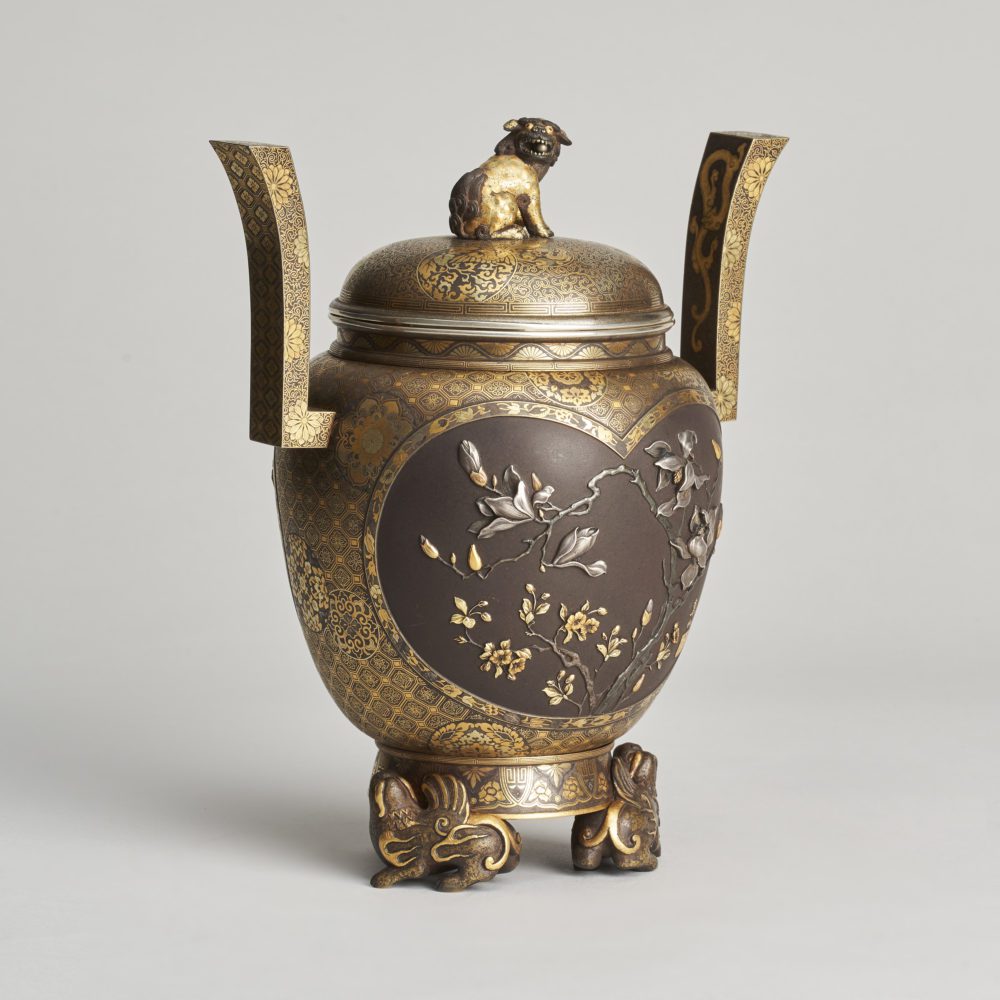