An impressive Japanese Meiji-era Okimono of an Archer 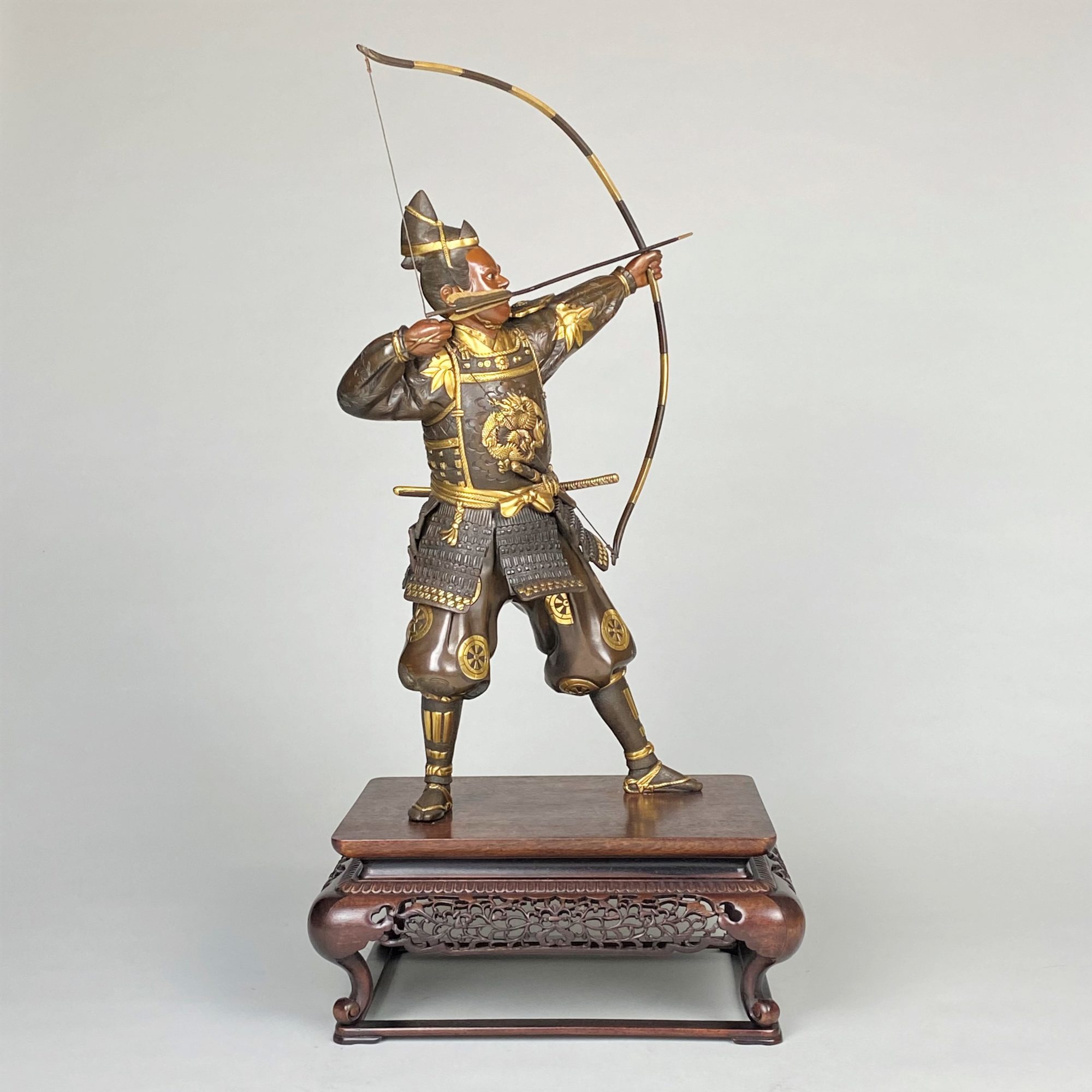 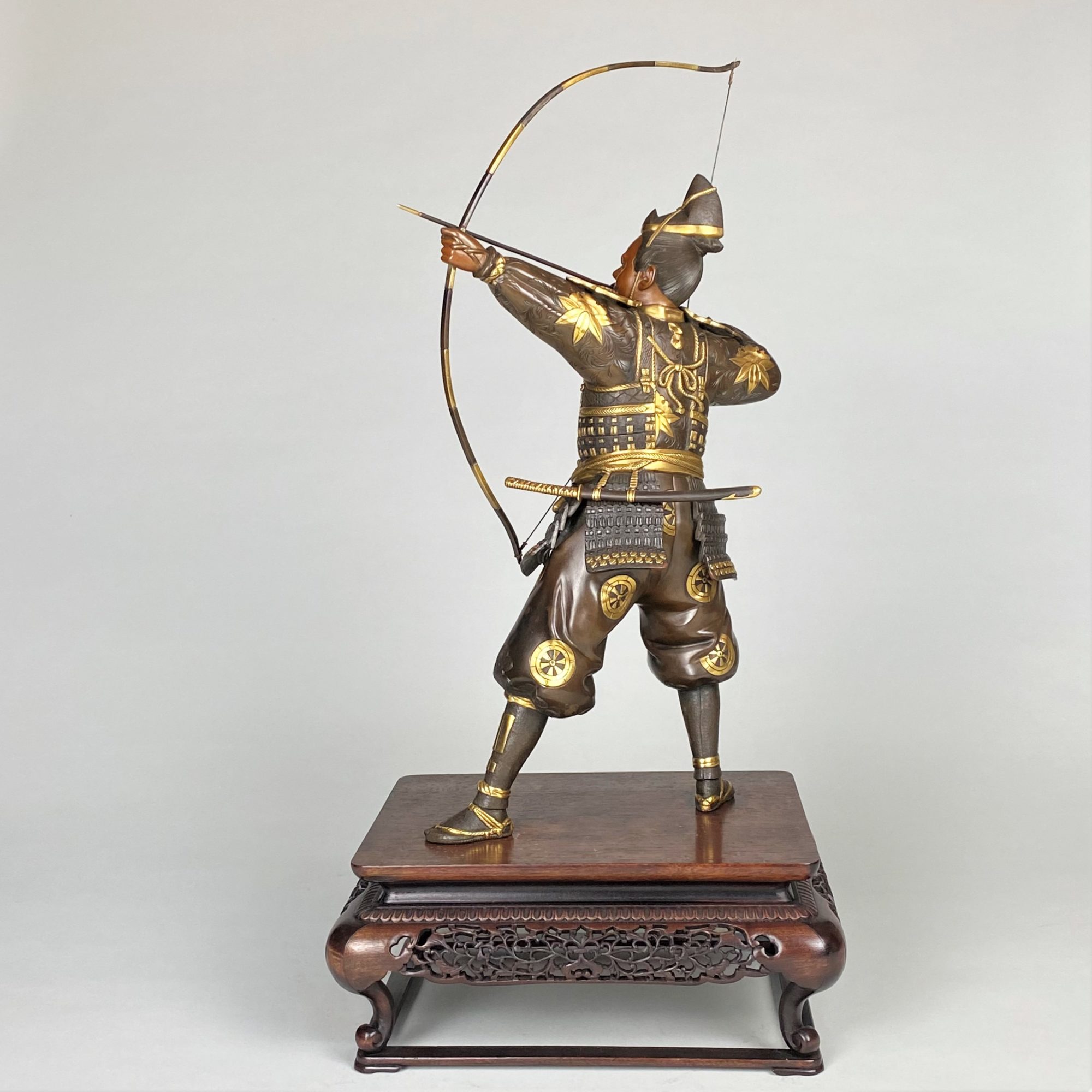 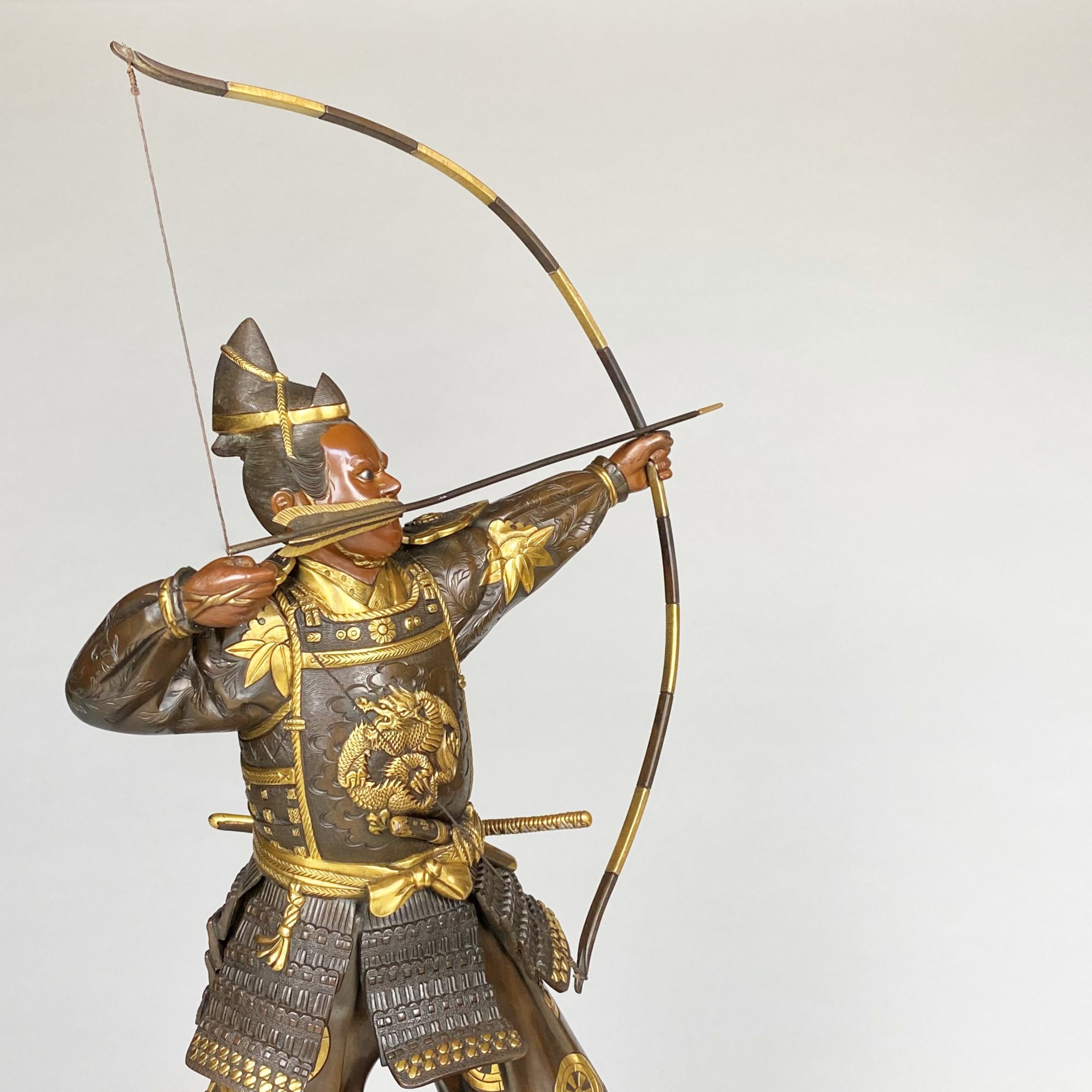 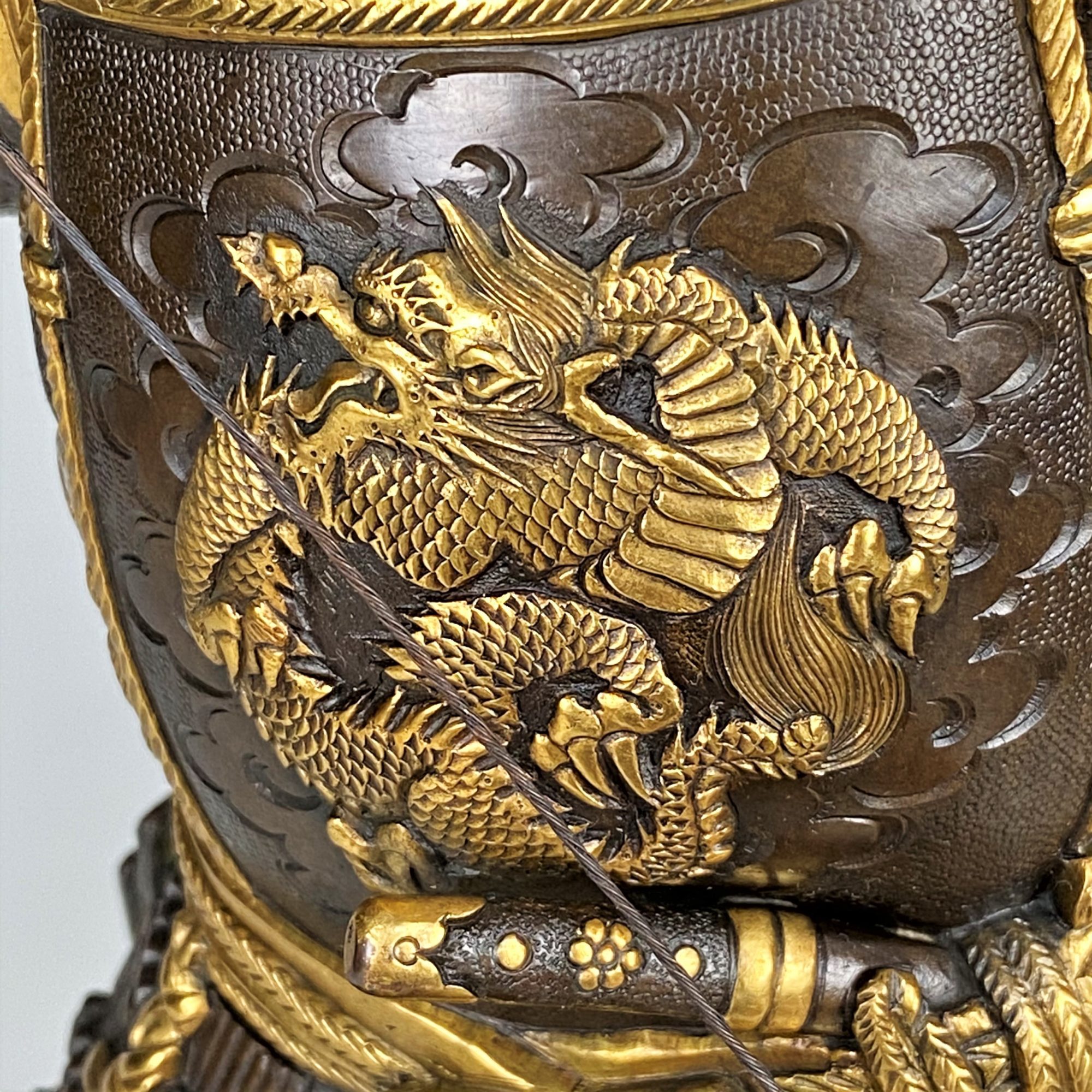 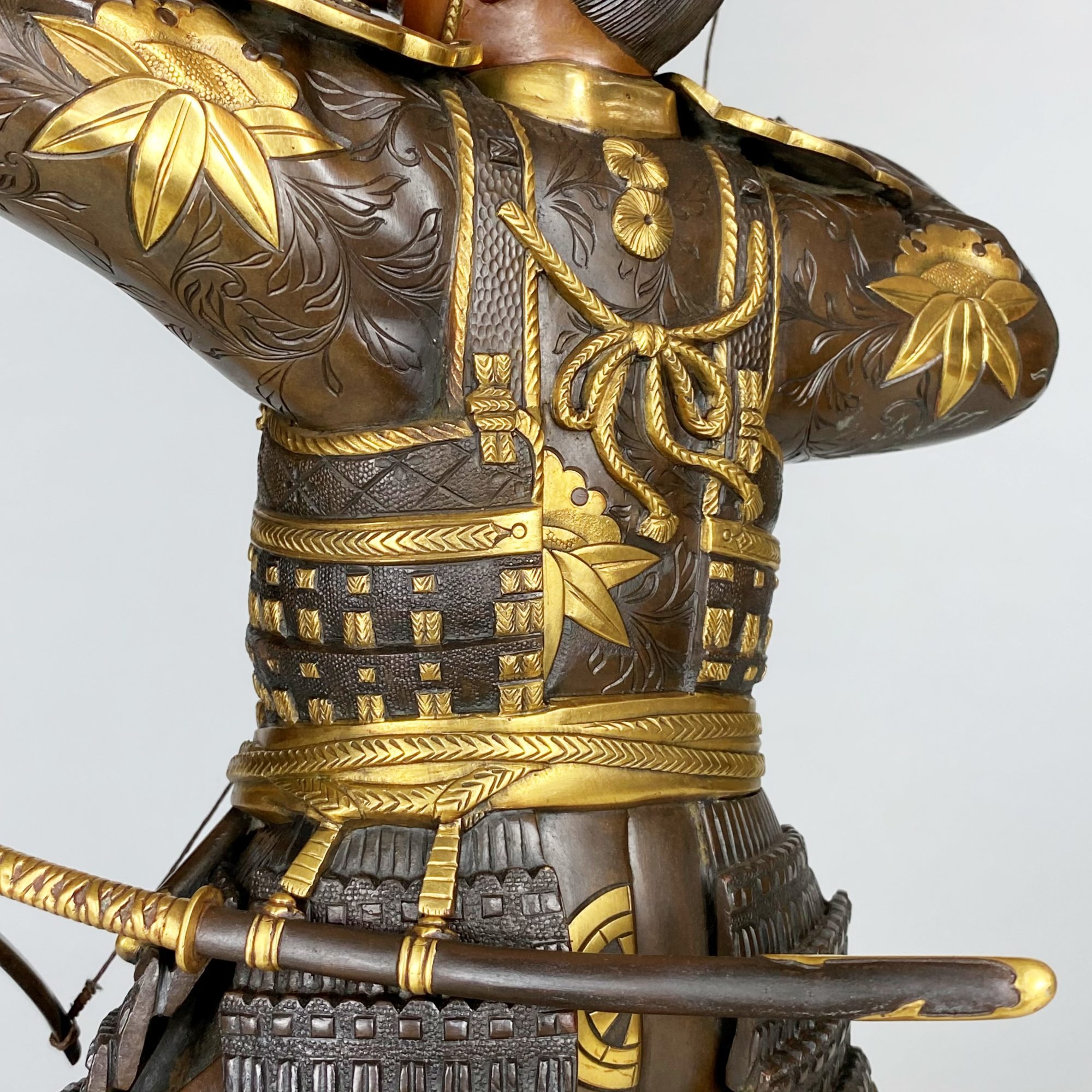 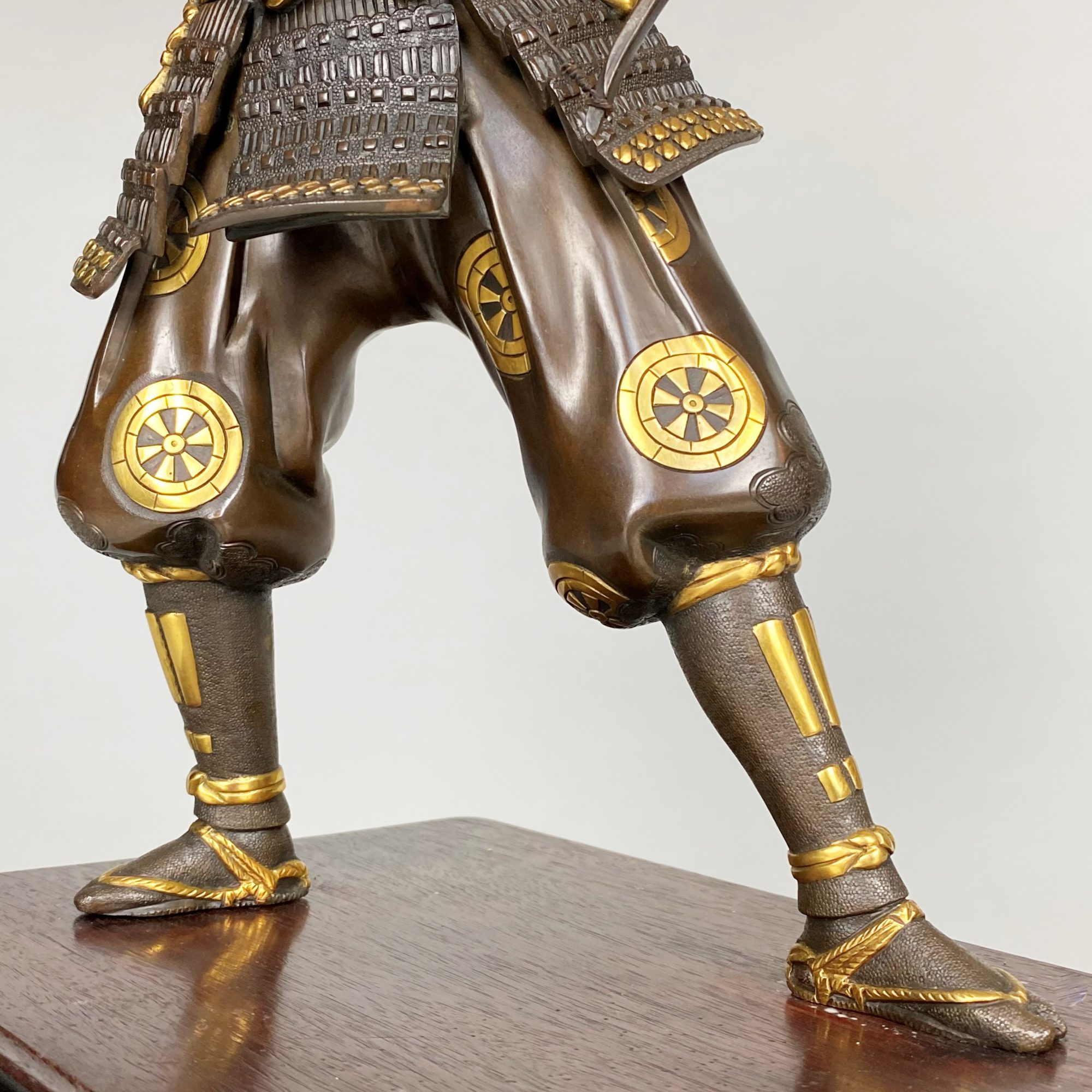 An impressive Japanese Meiji-era Okimono of an Archer

A fantastic gilt Bronze and multi patinated Okimono of an archer. Poised to release the arrow and with an expression of total concentration and determination, this large Meiji-era (1868-1912) statue makes quite an impression.

Okimono is a Japanese term for an ornament for display or an objet d’art, it has no function other than to look at and admire. Okimono come in many sizes and subjects and can be made from any material. 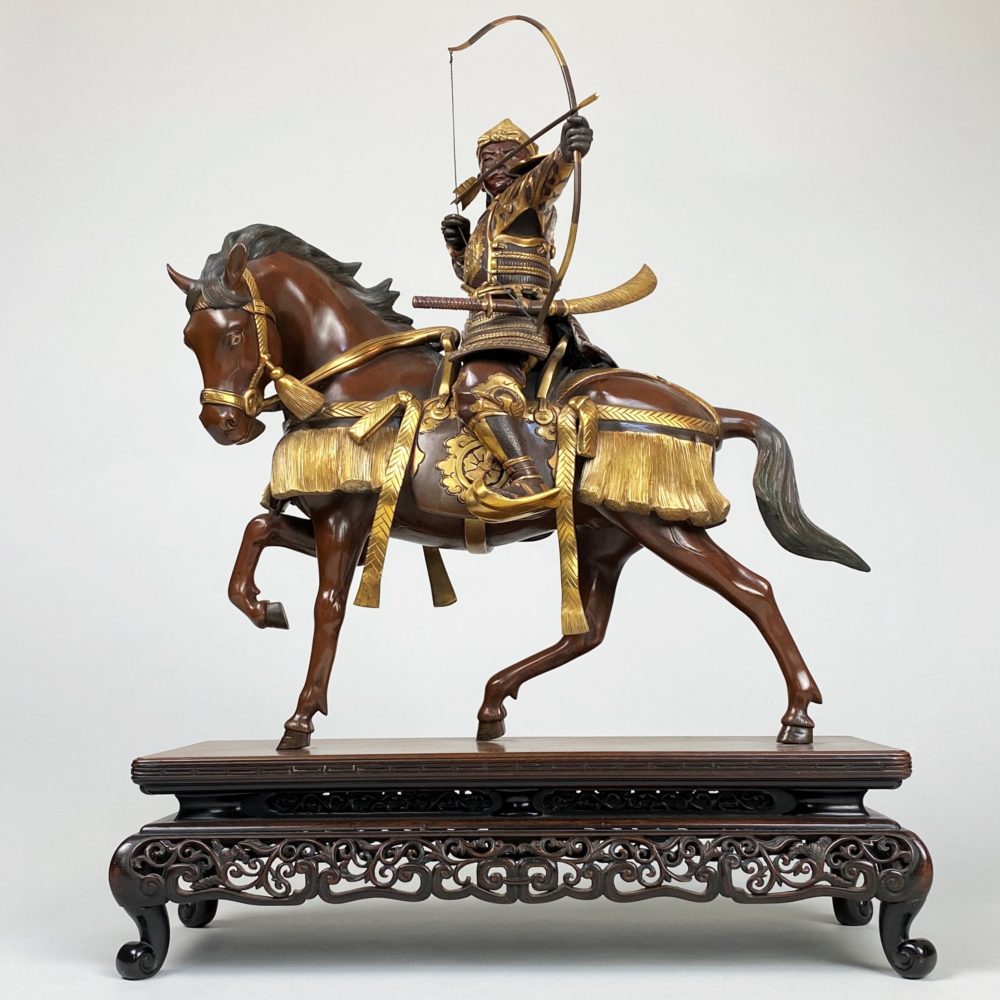 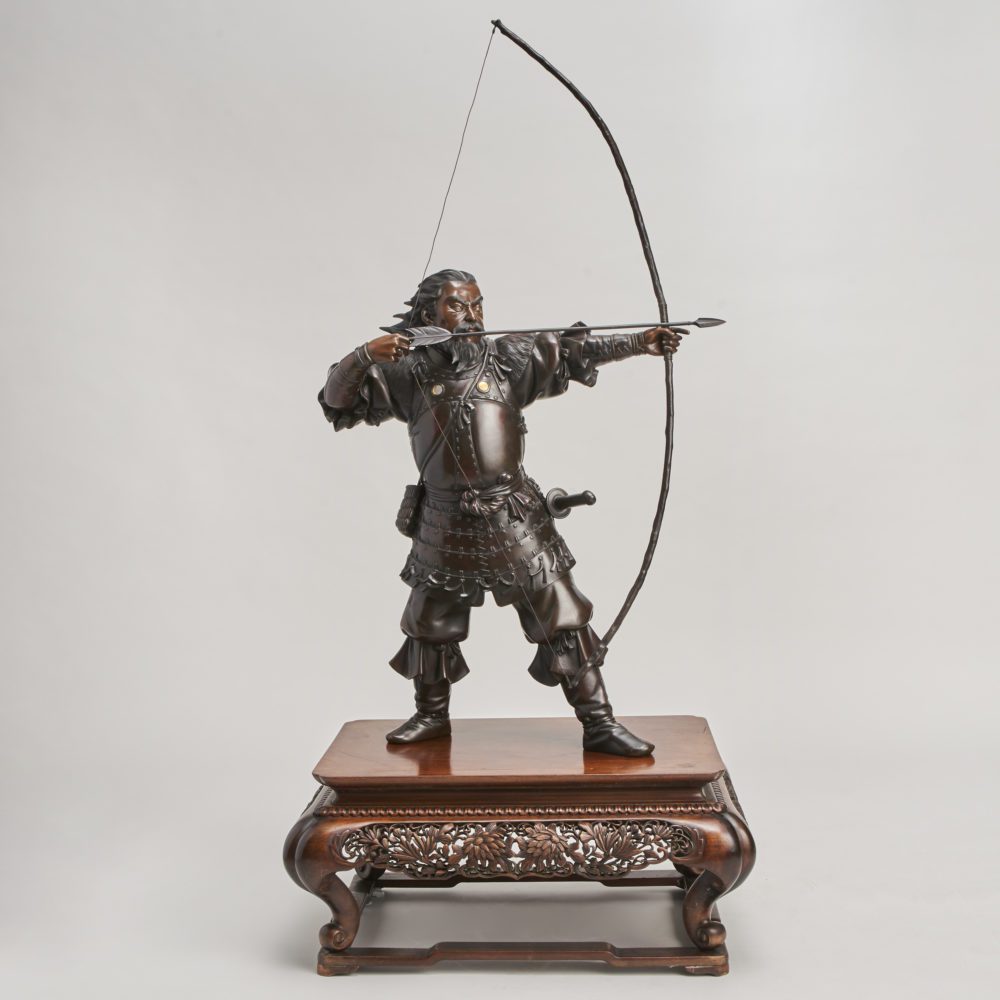