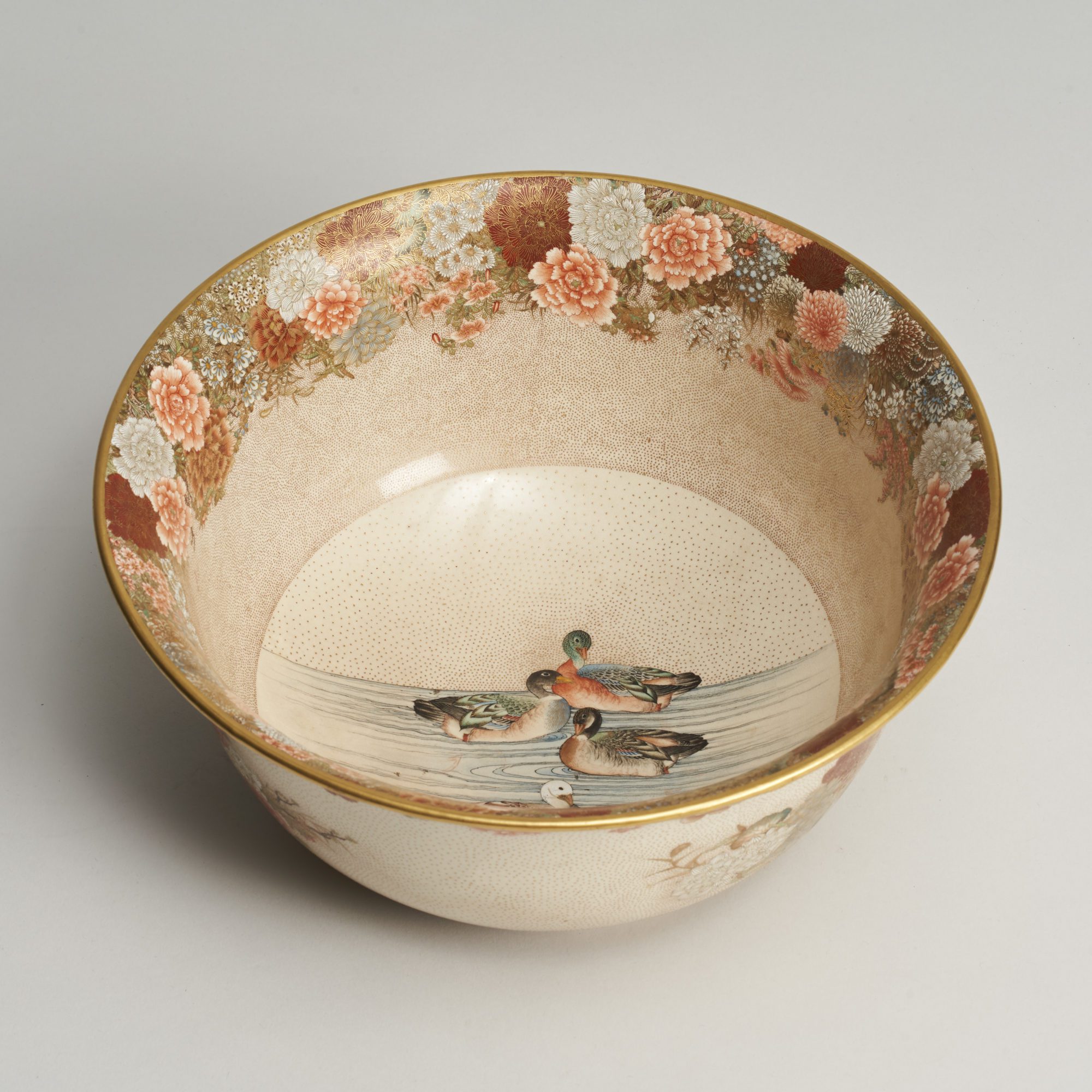 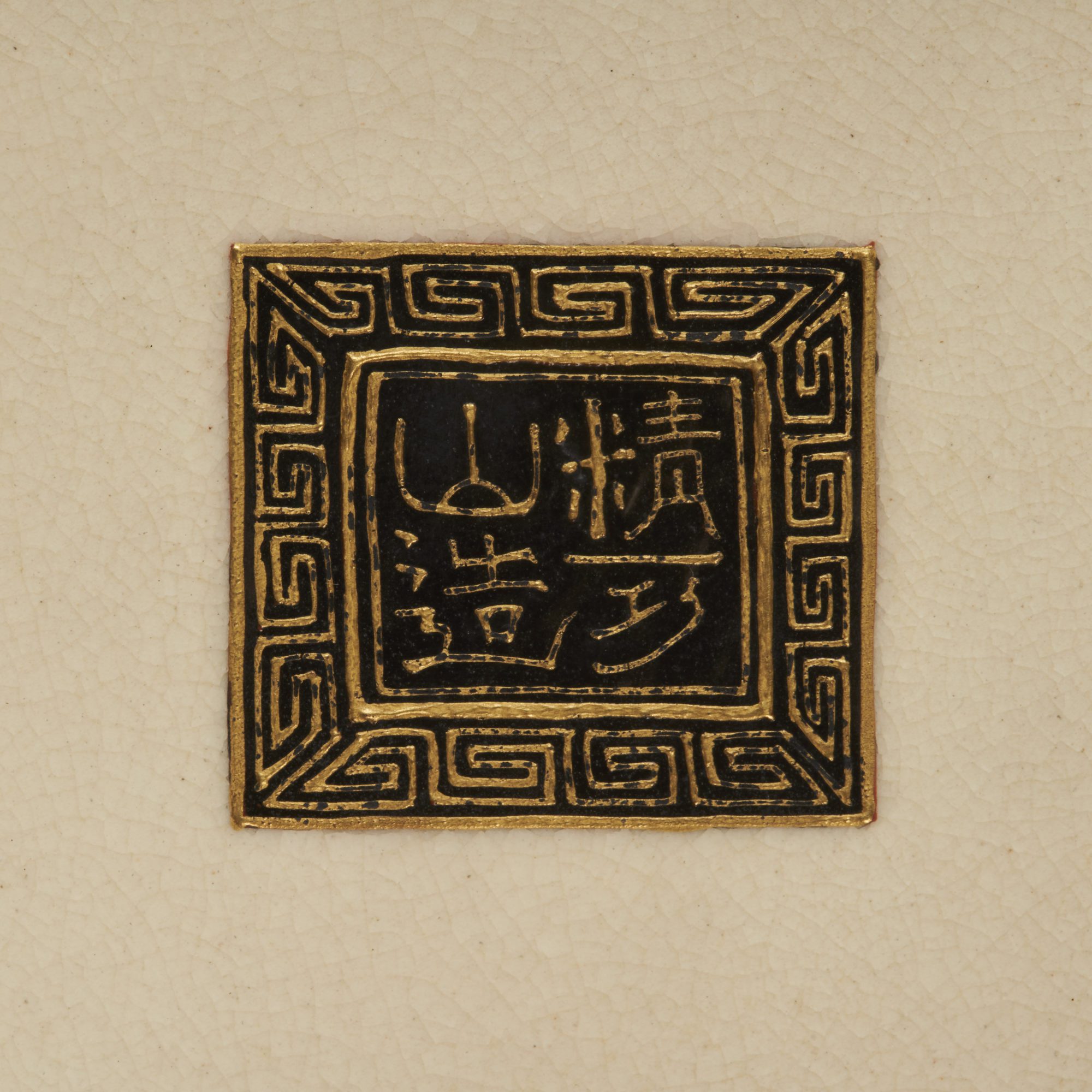 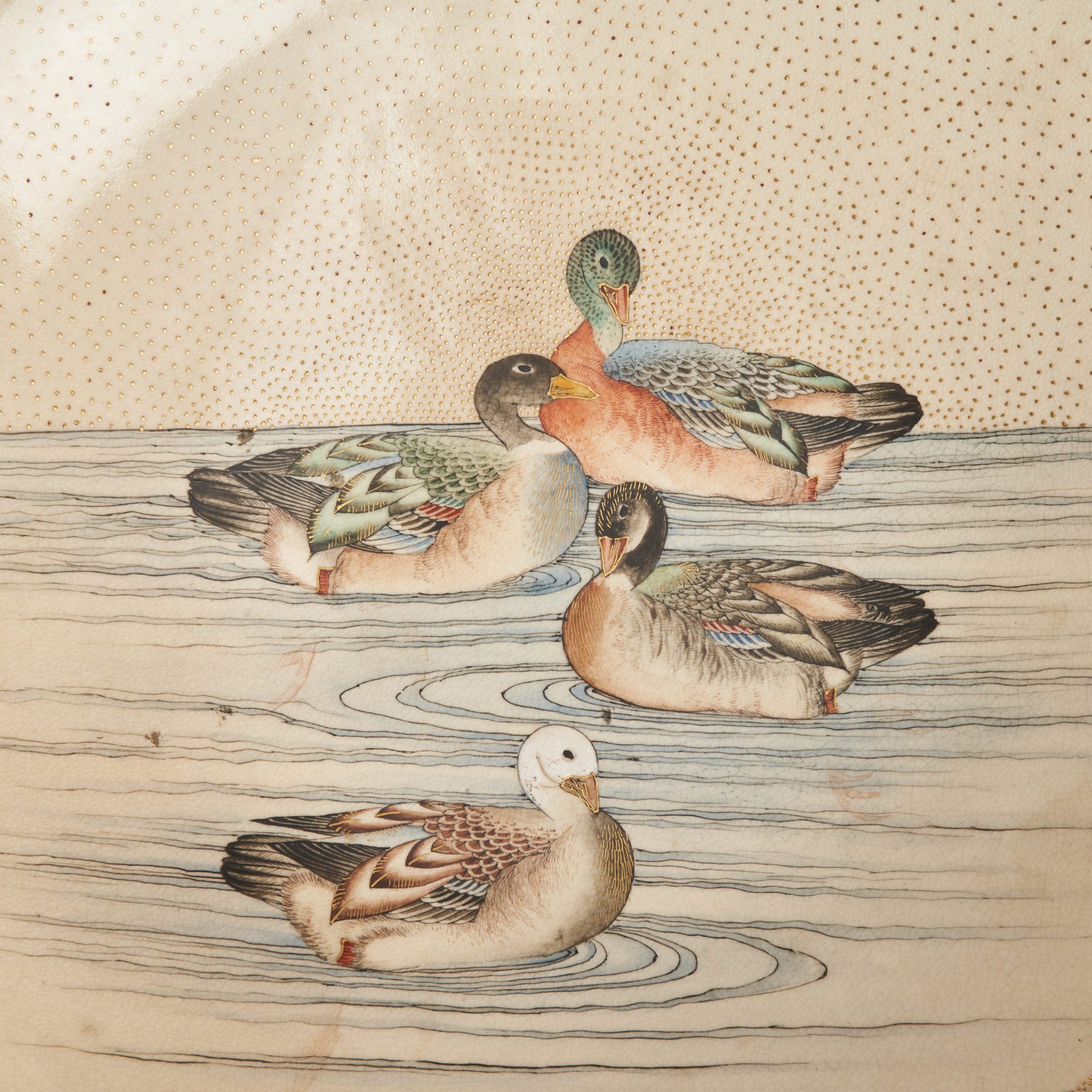 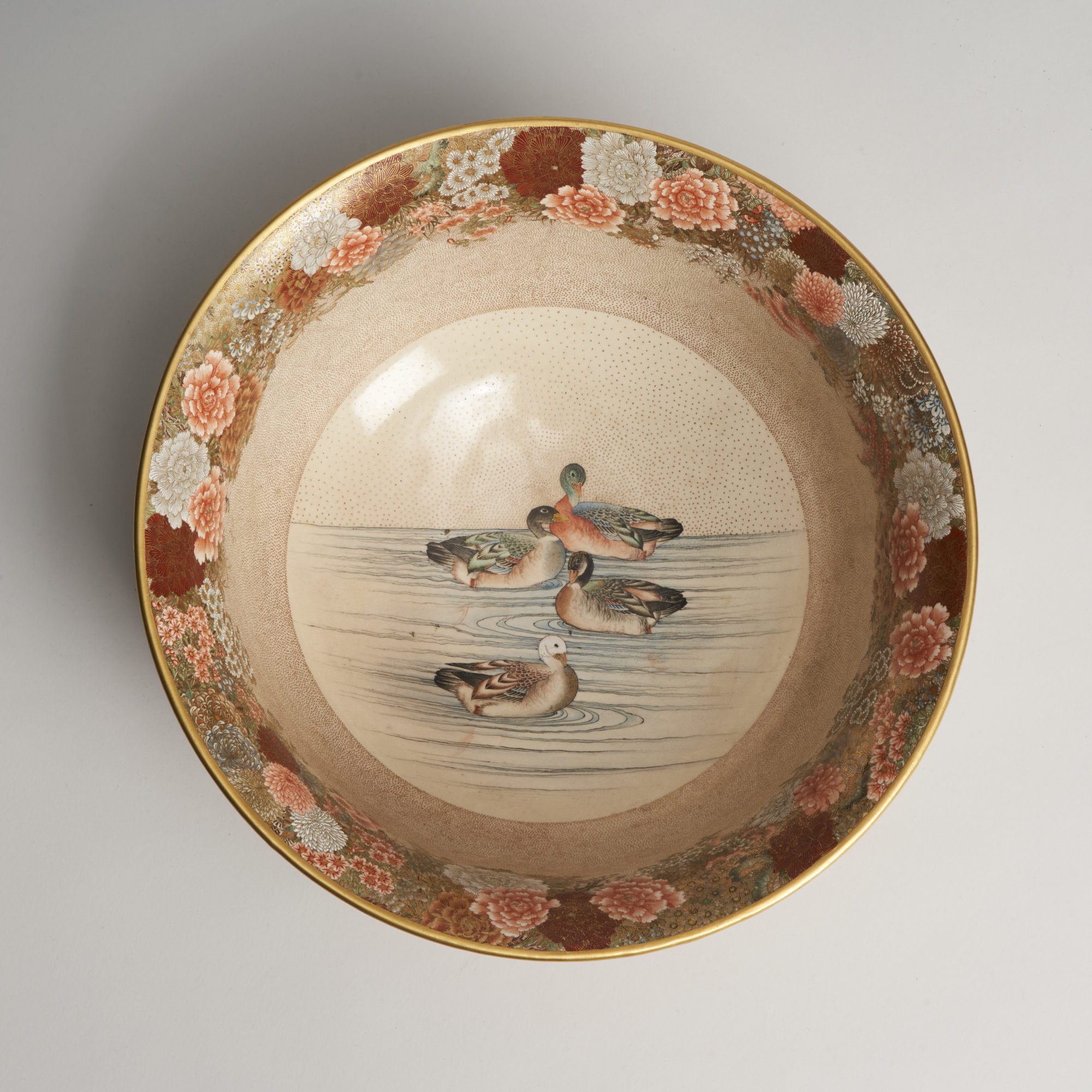 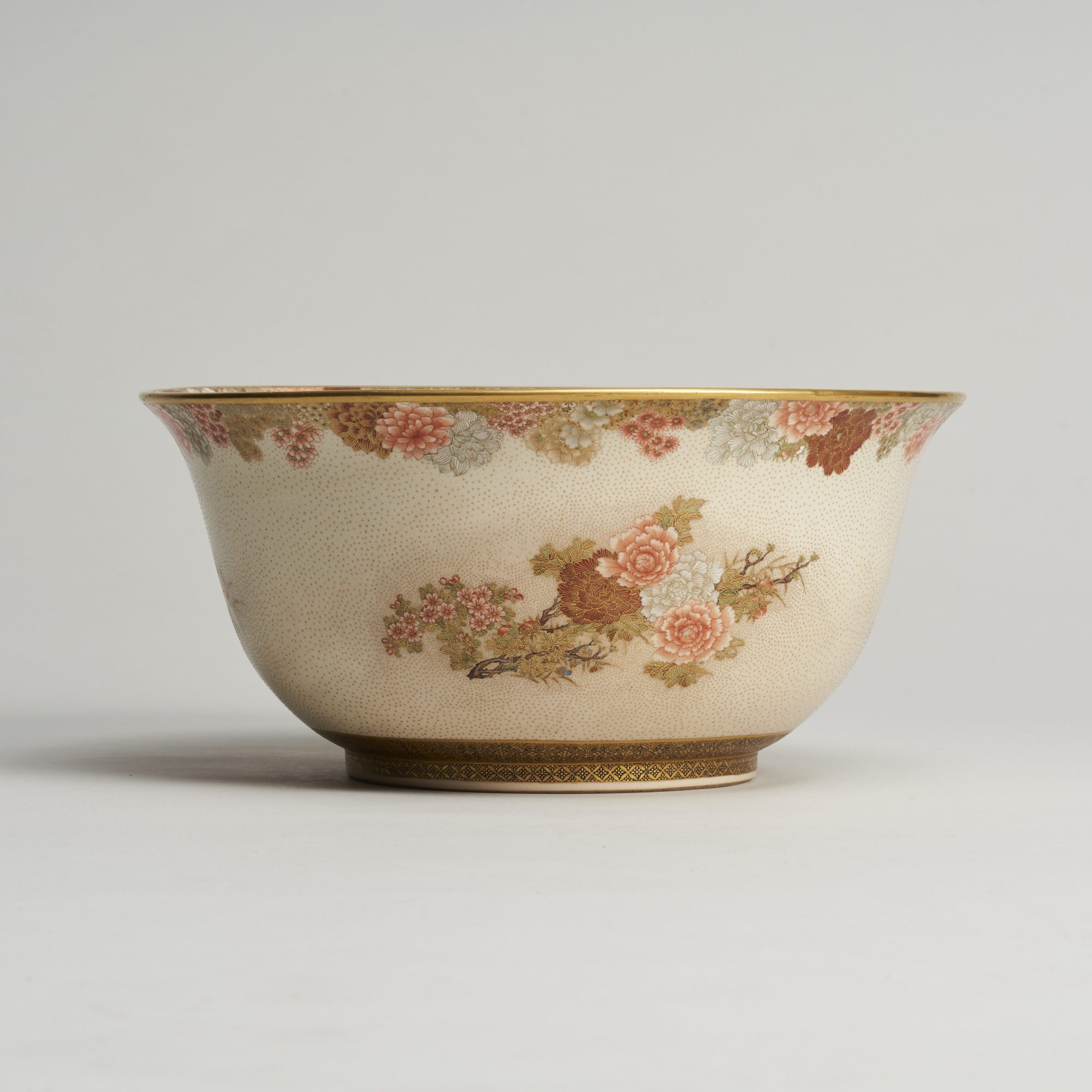 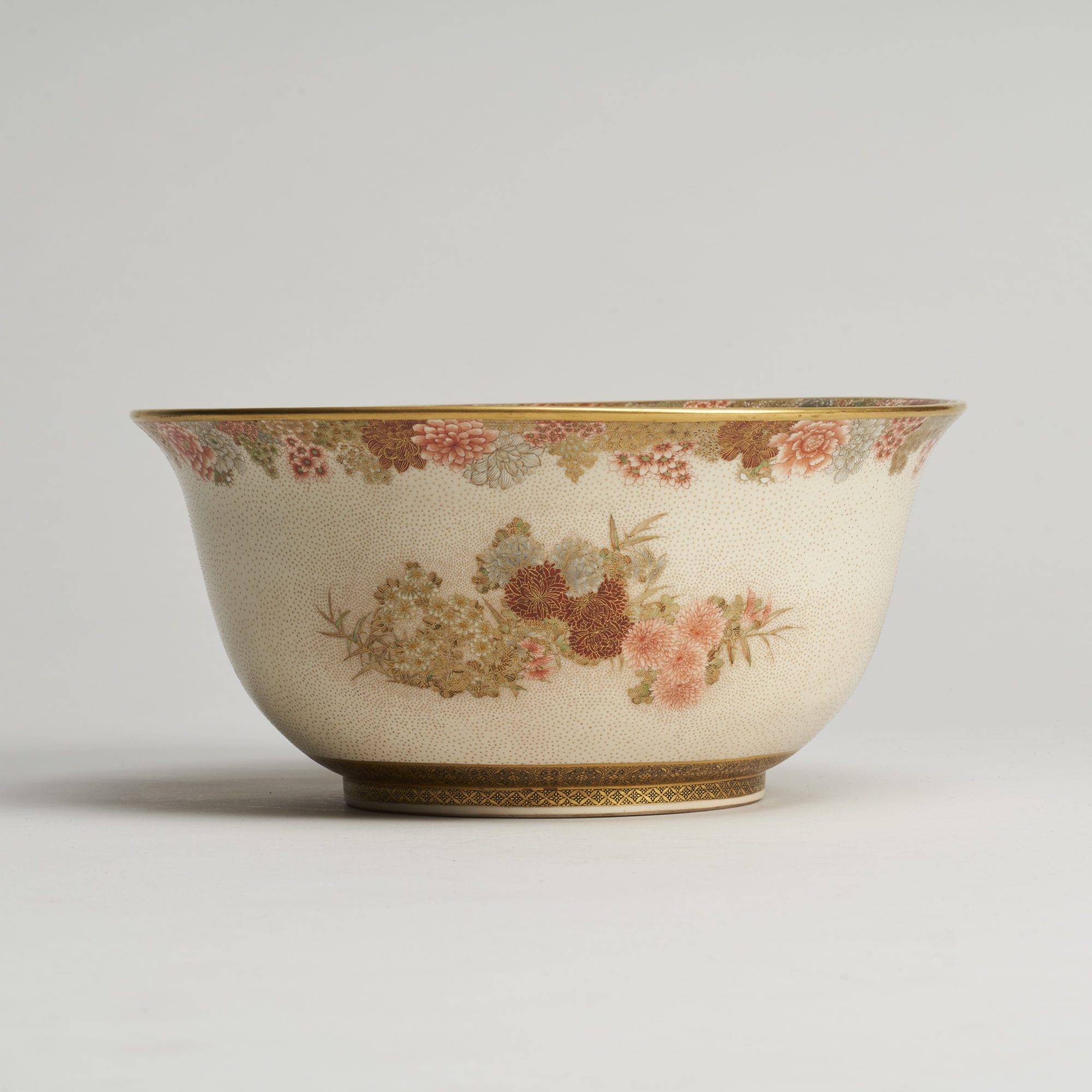 A Japanese Meiji Period (1868-1912) satsuma bowl decorated with a considered design of flowers, including peonies on a gold spotted beige ground, a design for ducks to the center of the bowl.

Seikozan was a highly regarded satsuma artist who liked in Kobe, it is speculated that due the differences in his marks he had several other artists working for him, including Meizan. 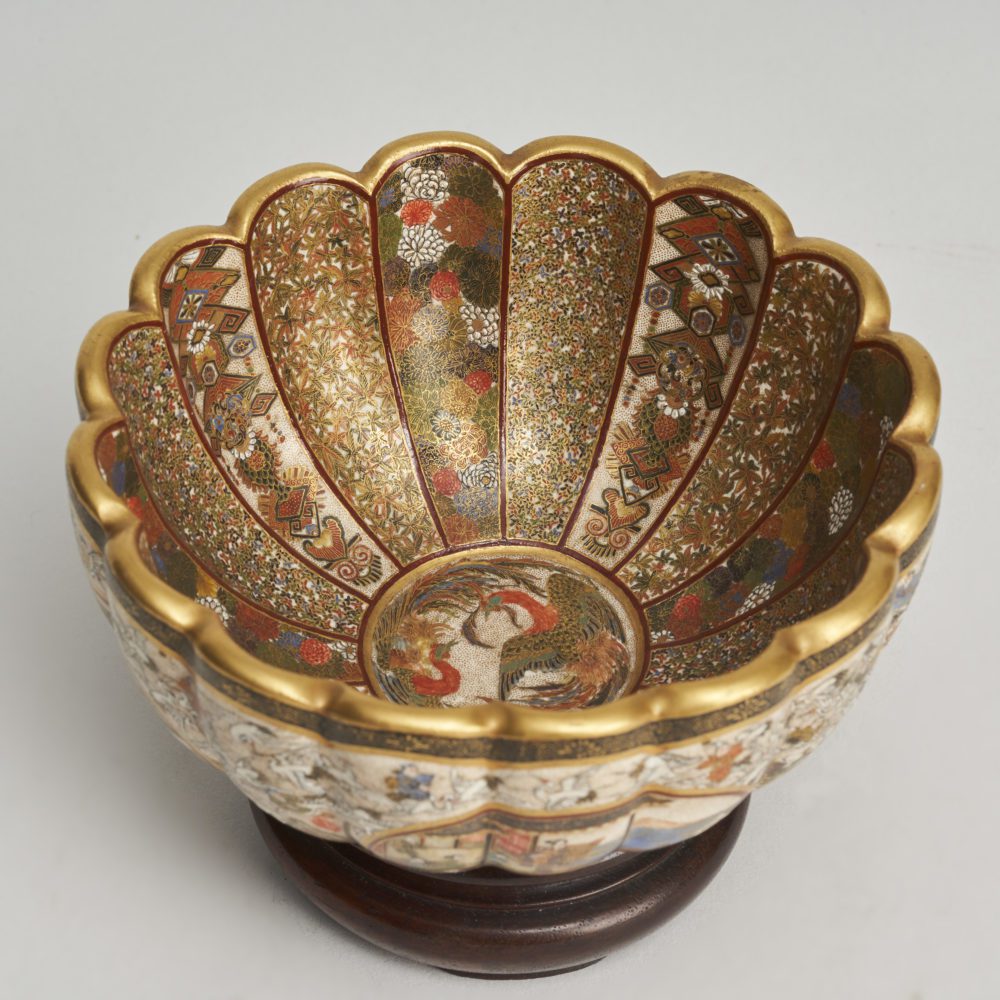 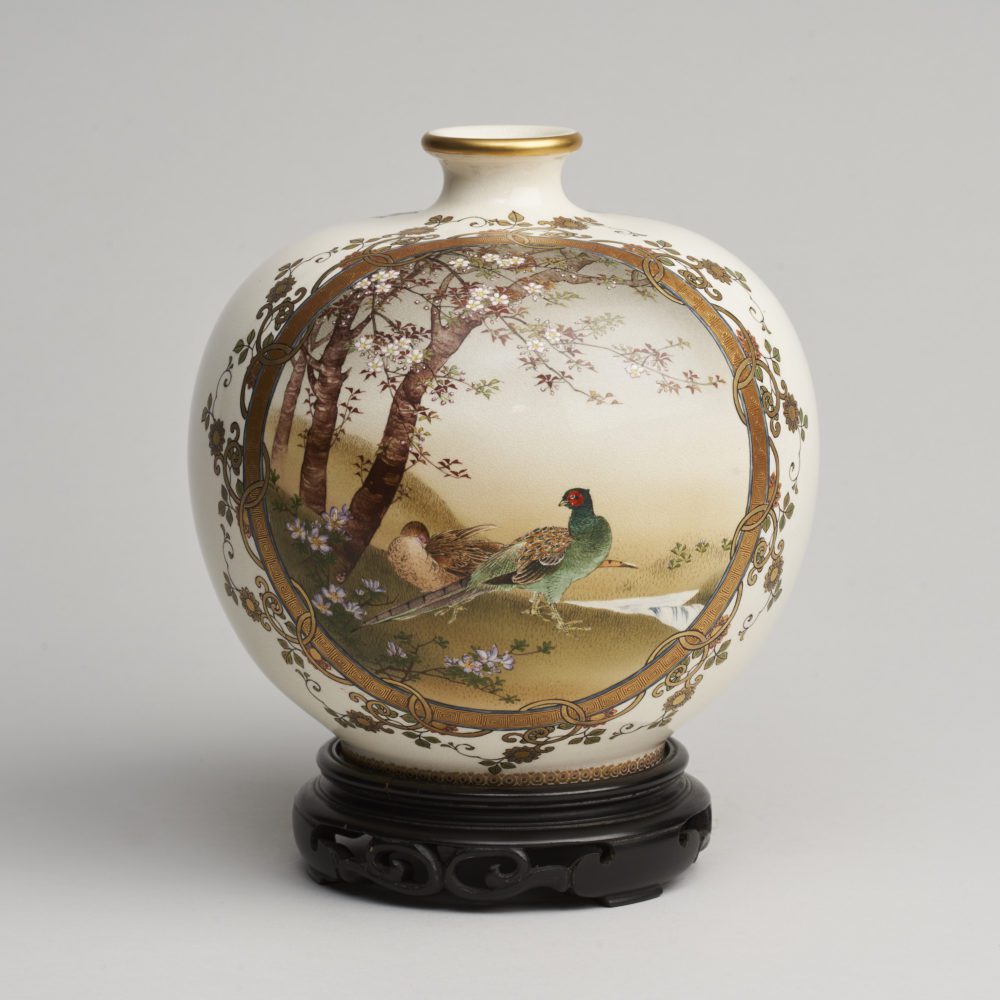