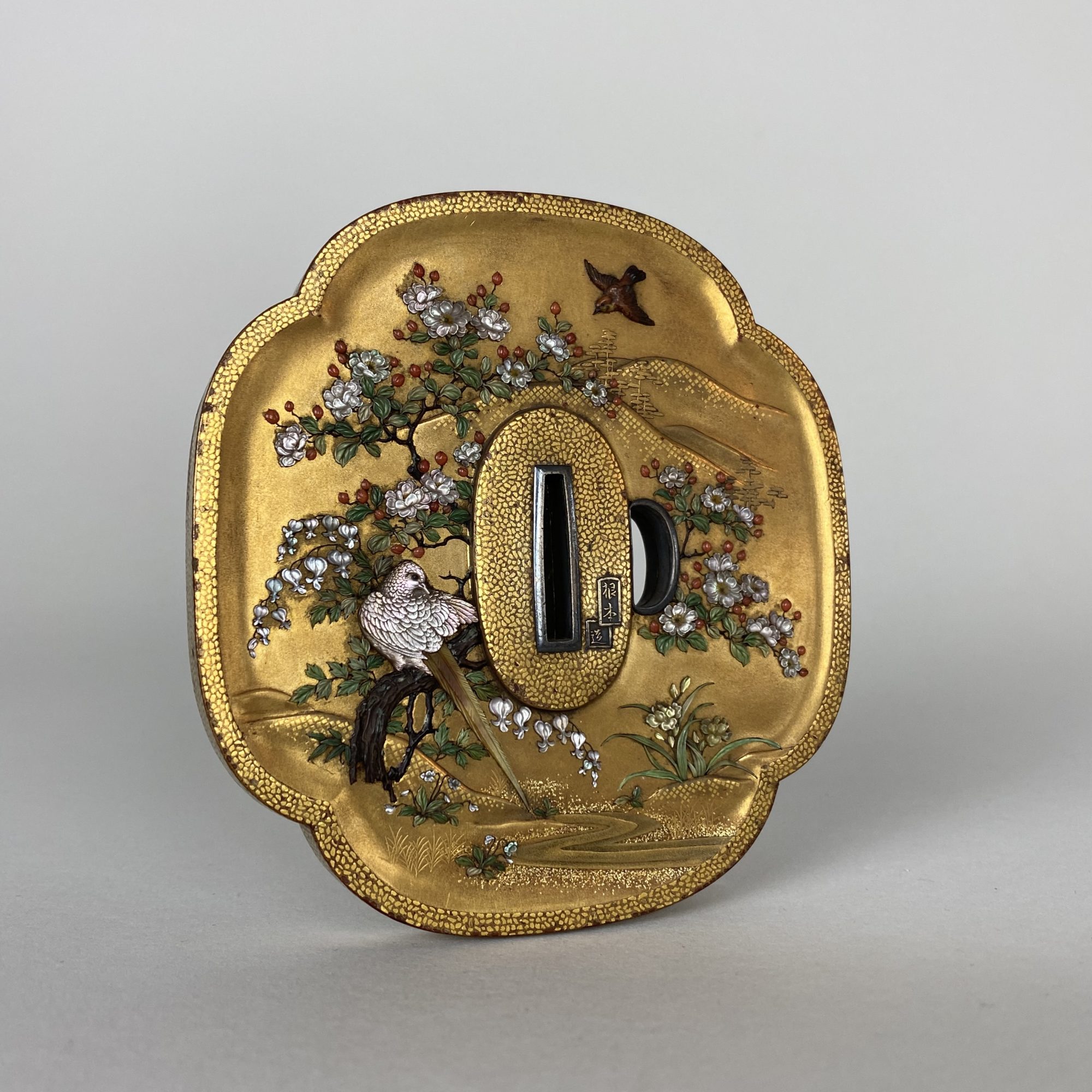 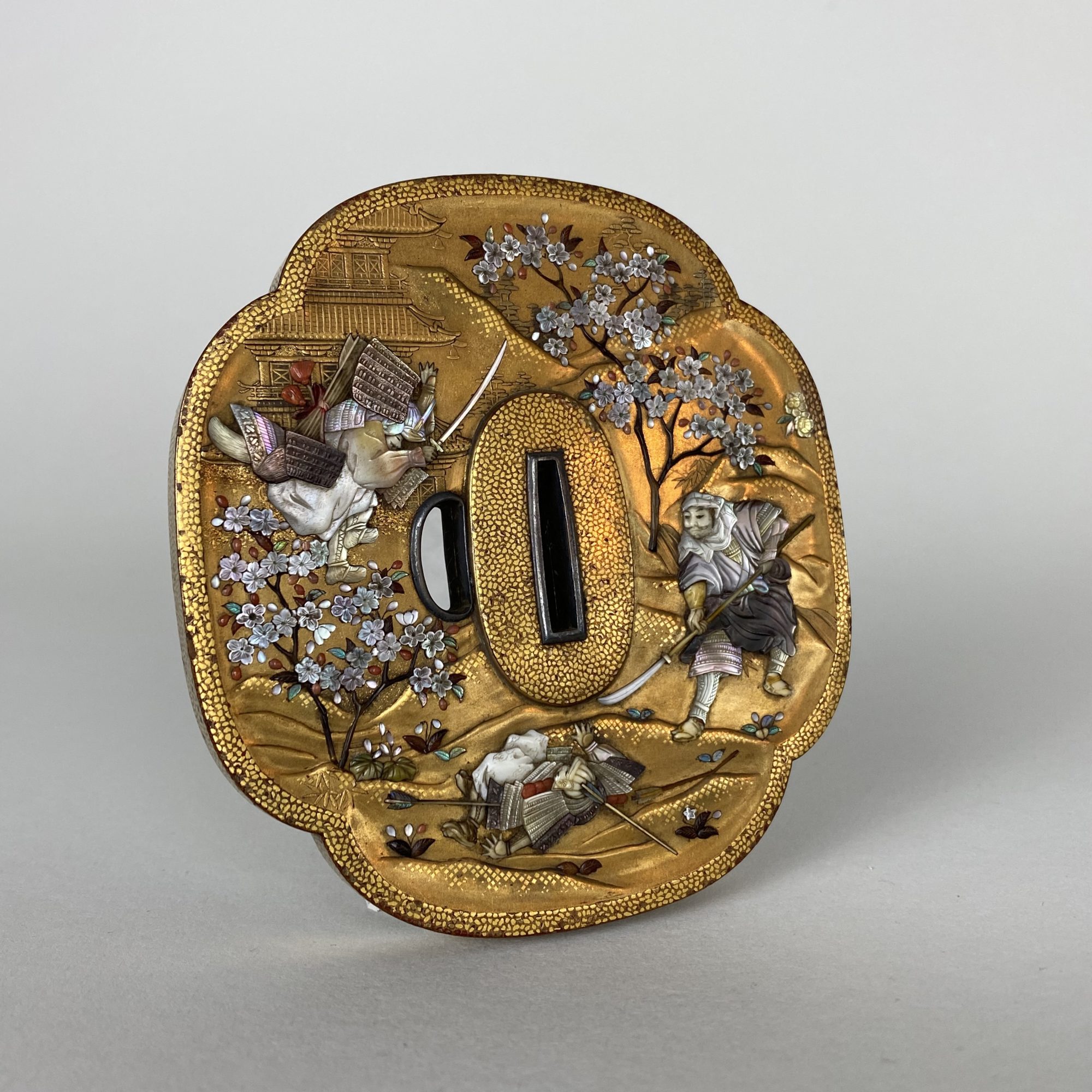 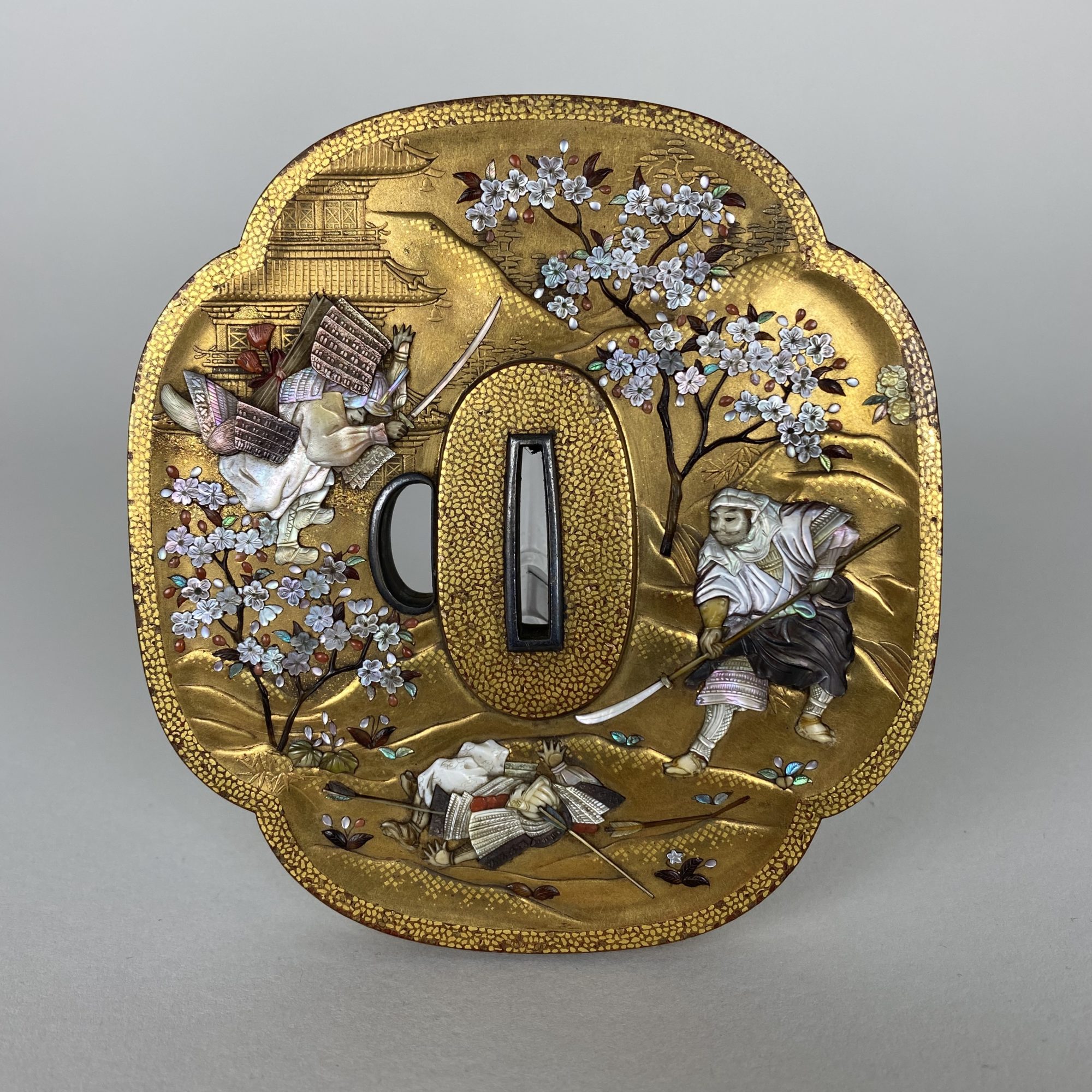 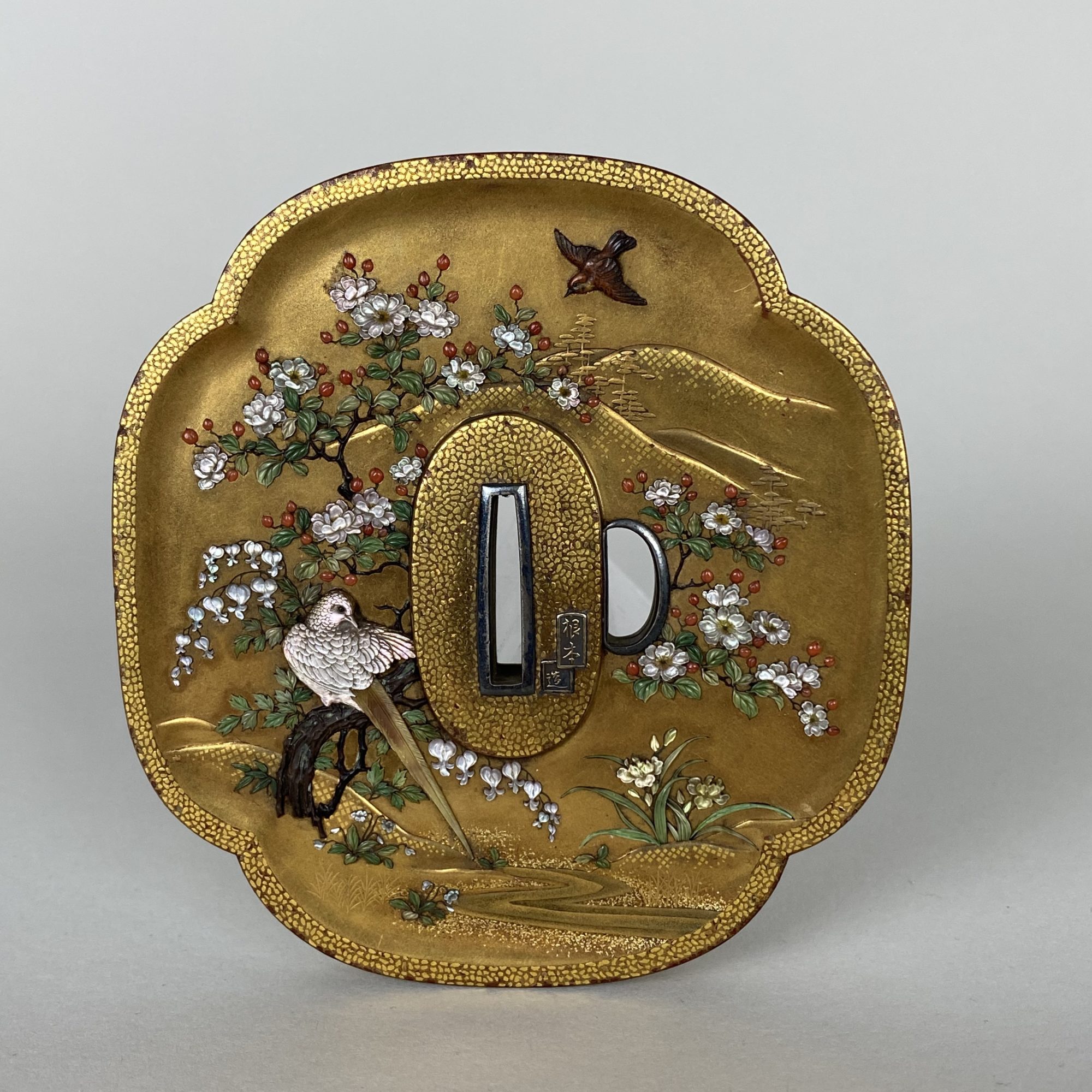 A Japanese Meiji Period (1868-1912) gold lacquer tsuba with Shibayama style decoration of a samurai being ambushed by two others and a pheasant to the reverse.

The pheasant is an important bird in the Shinto religion, it is a messenger for Amaterasu the sun goddess and as such is seen a a symbol of luck, longevity and fidelity. 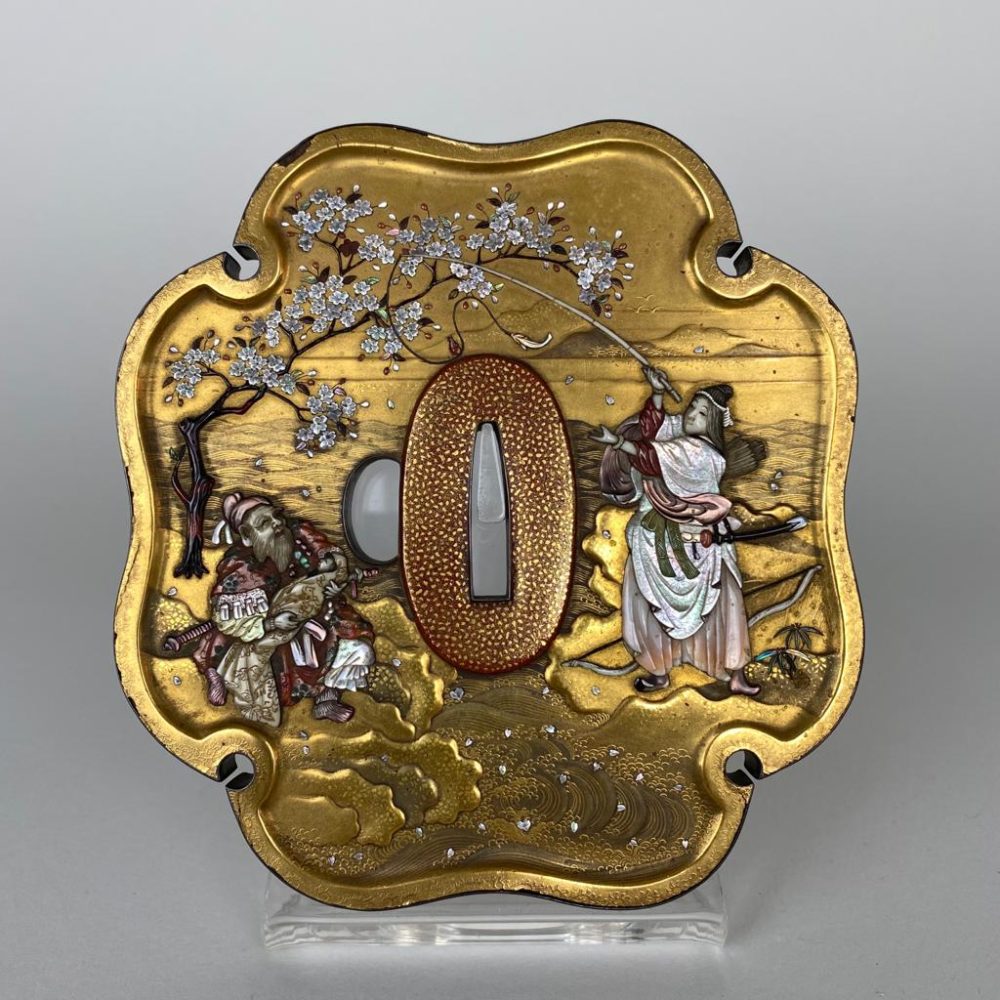 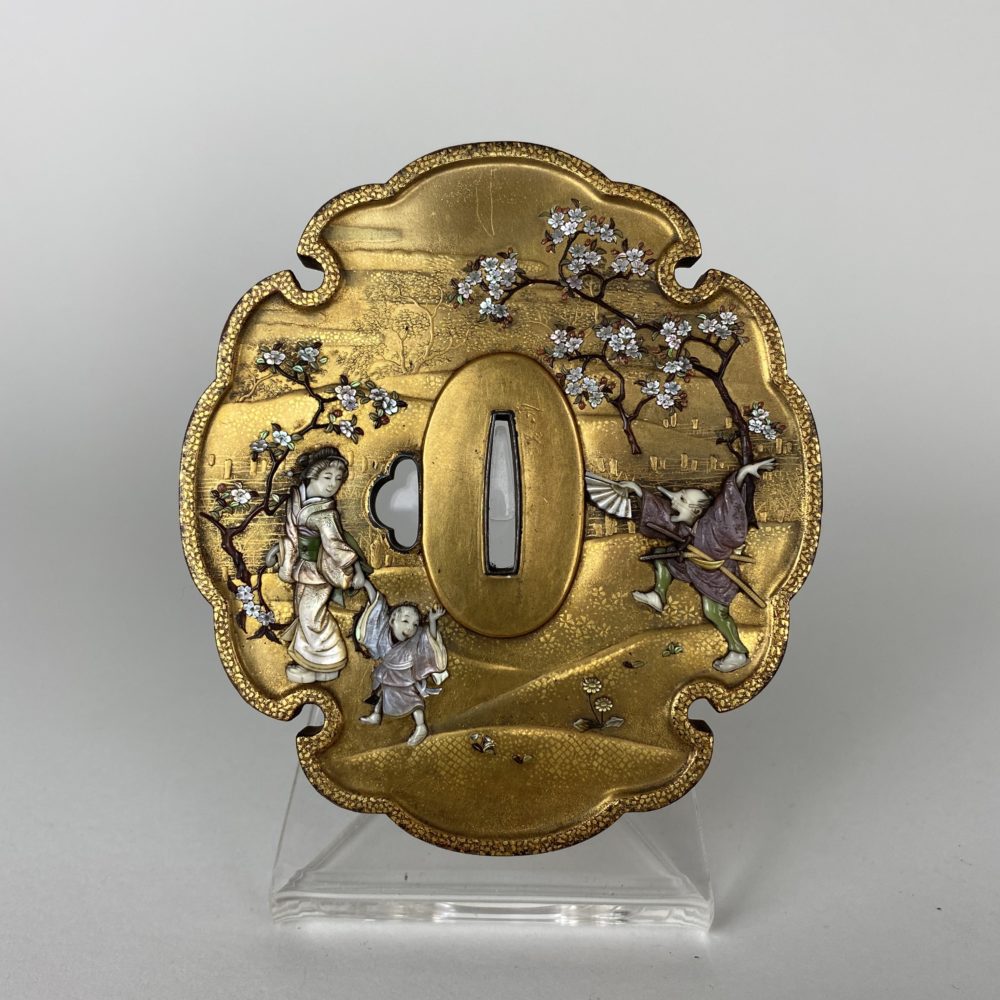