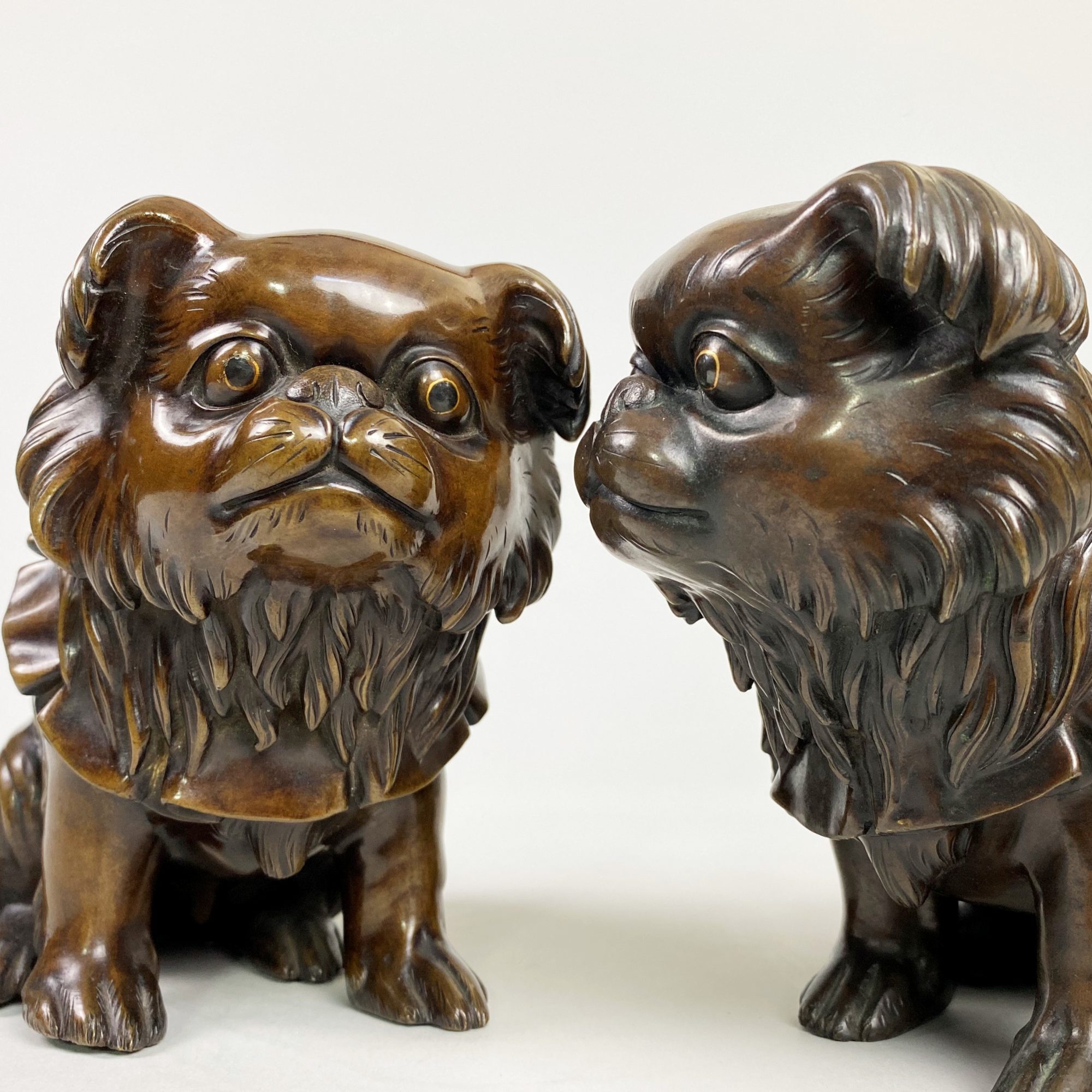 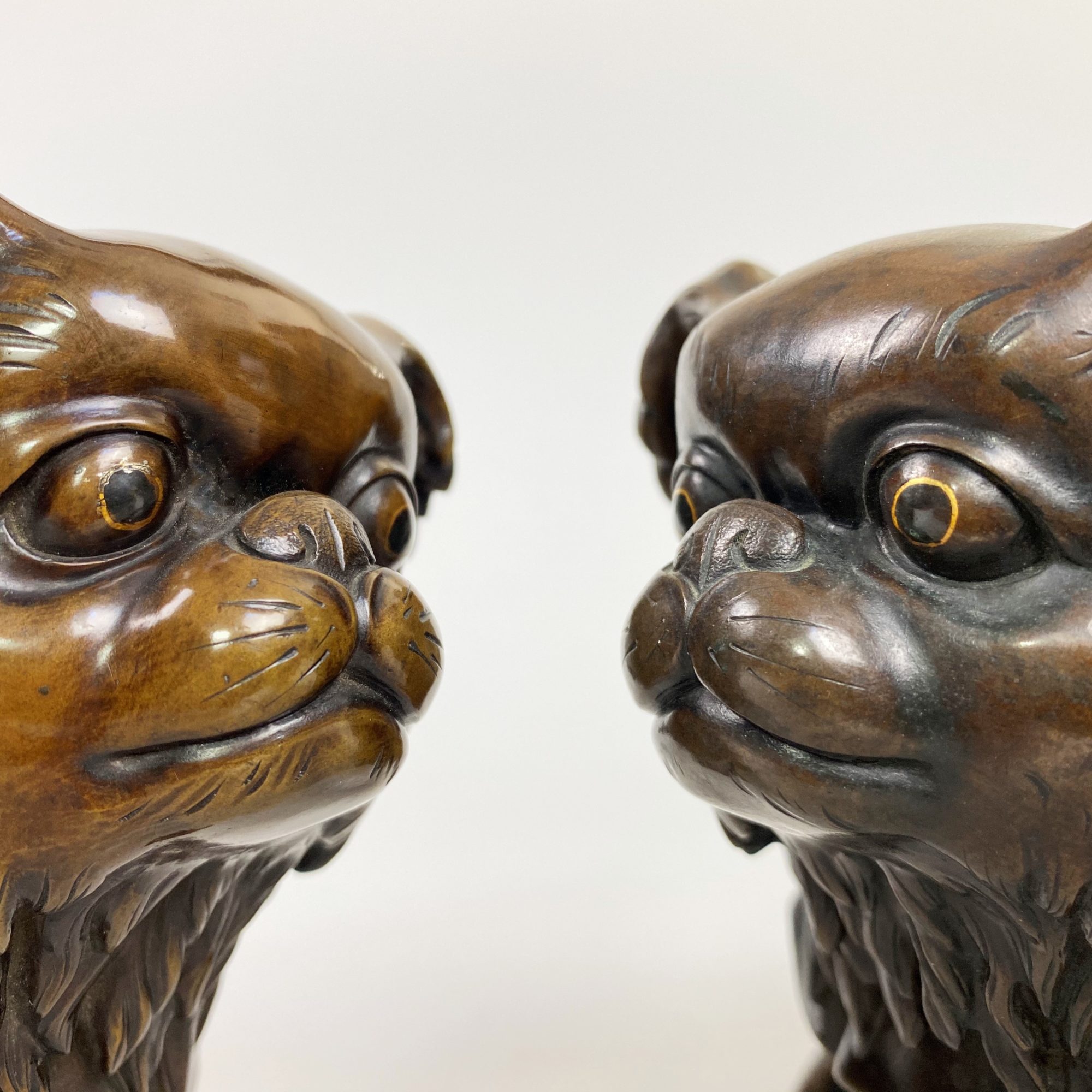 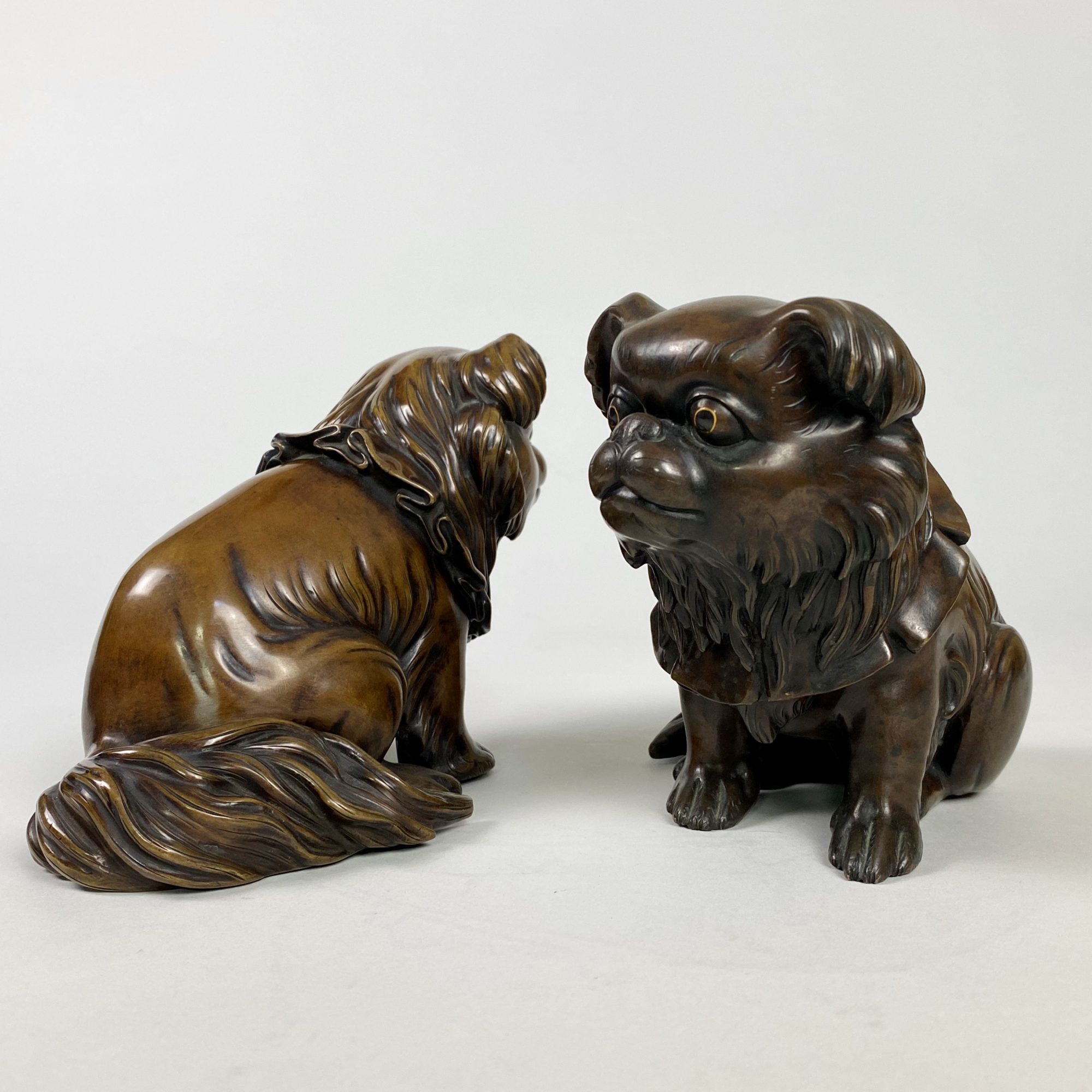 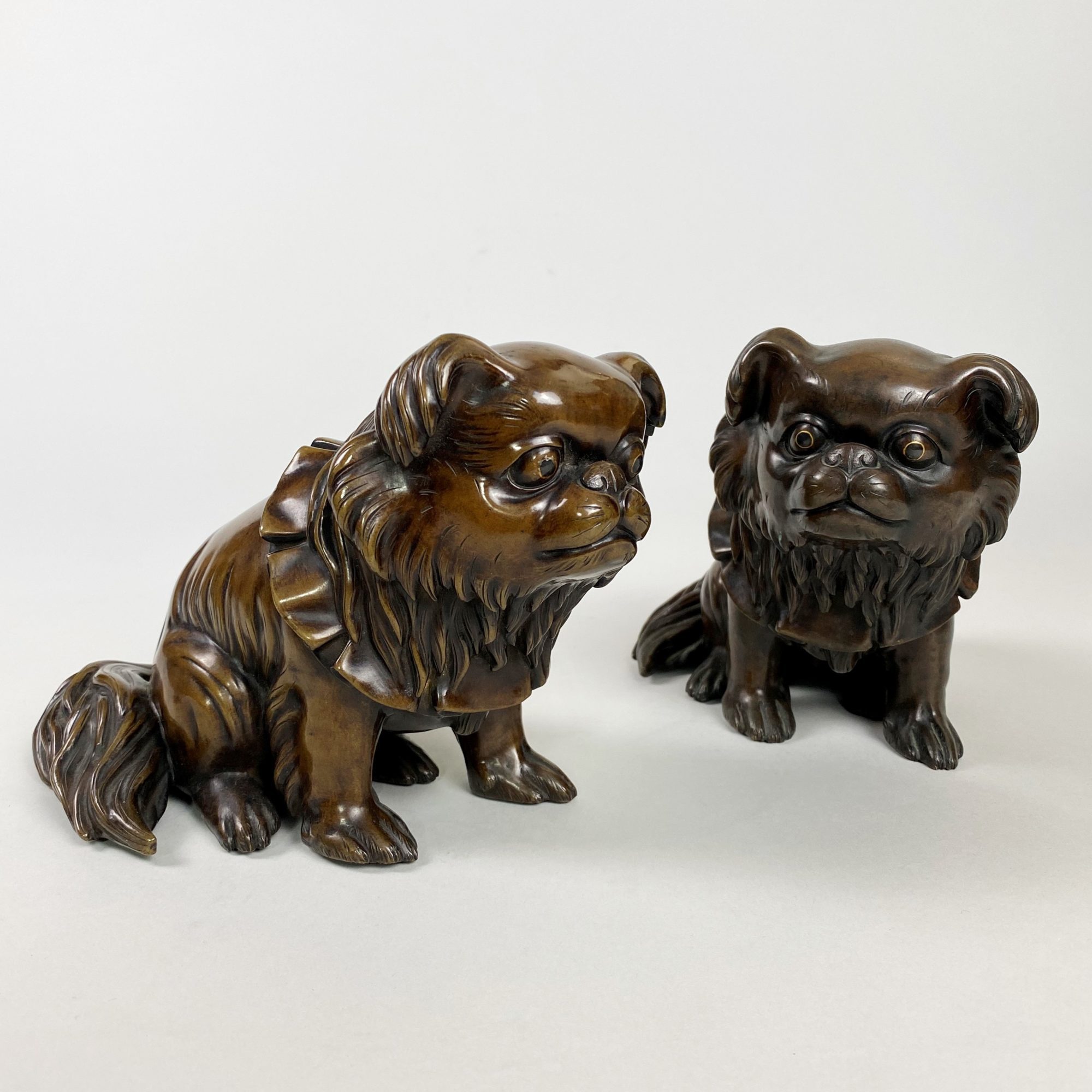 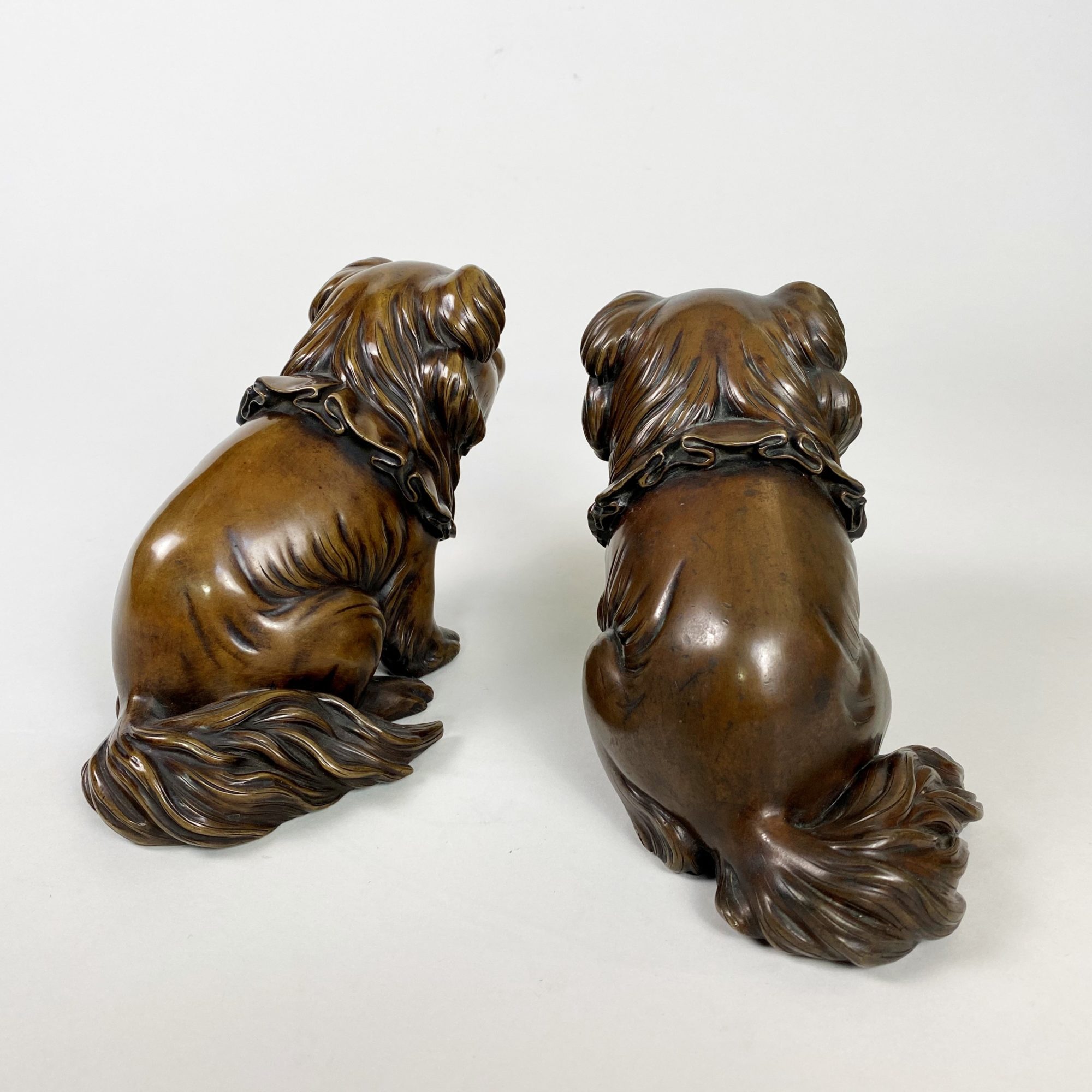 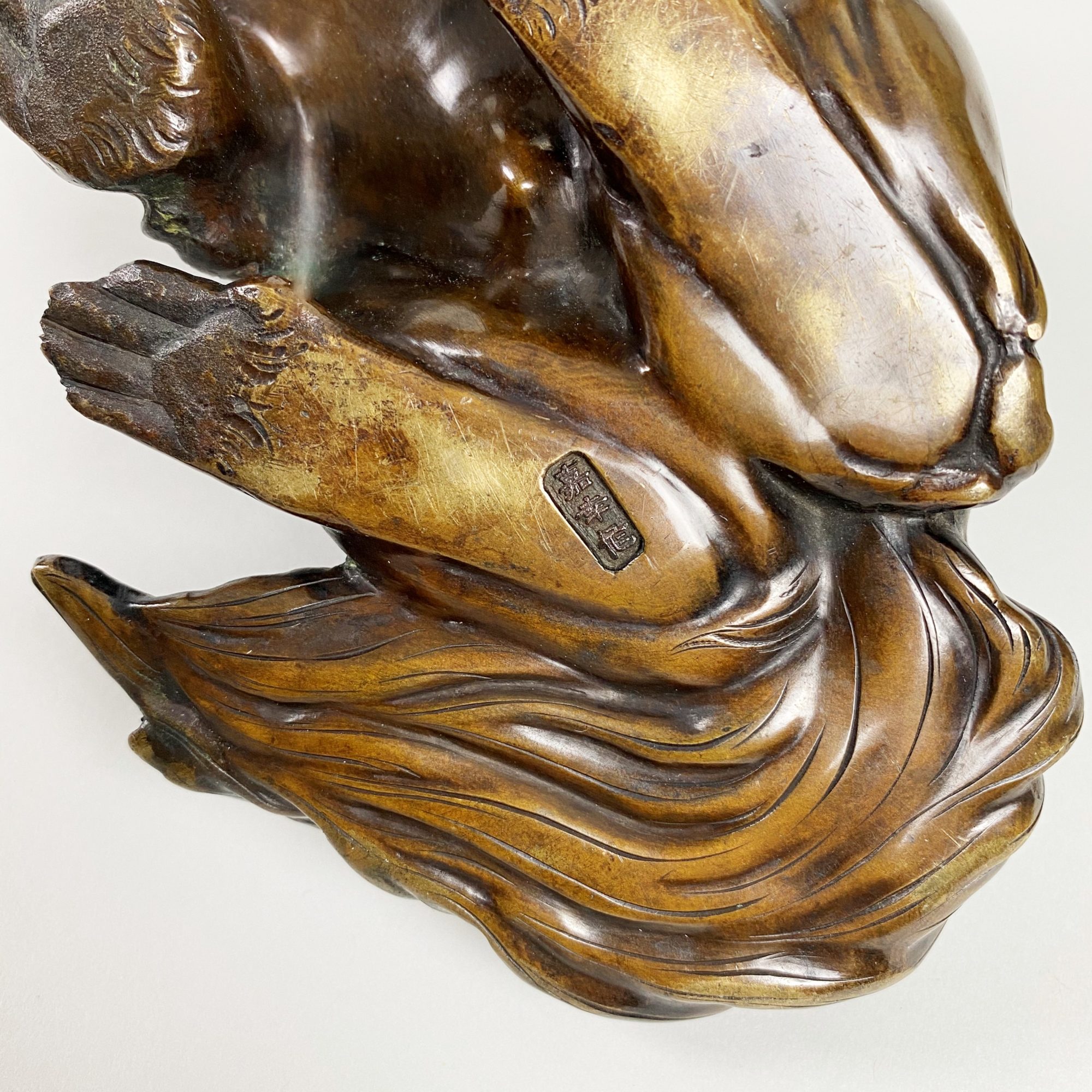 Both dogs seated, with decorative collars.

Both dogs signed to the base.

Don’t hesitate to contact us for additional information or more photographs.

The Japanese Chin also known as the Japanese Spaniel, it is a historically important dog breed being the favored companion dog of  Japanese nobility and royalty.

Suzuki Chokichi (1848-1919) was a metalwork artist active during the Meiji and Taisho periods in Japan, he is considered one of the most technically and artistically advanced craftsmen of the age. Known for his figural and natural history studies, he is most famous for his large and complex bronze koro, one of which was purchased from the Paris Exposition in 1881 by the V&A Museum, it can be viewed in the Japan Gallery. 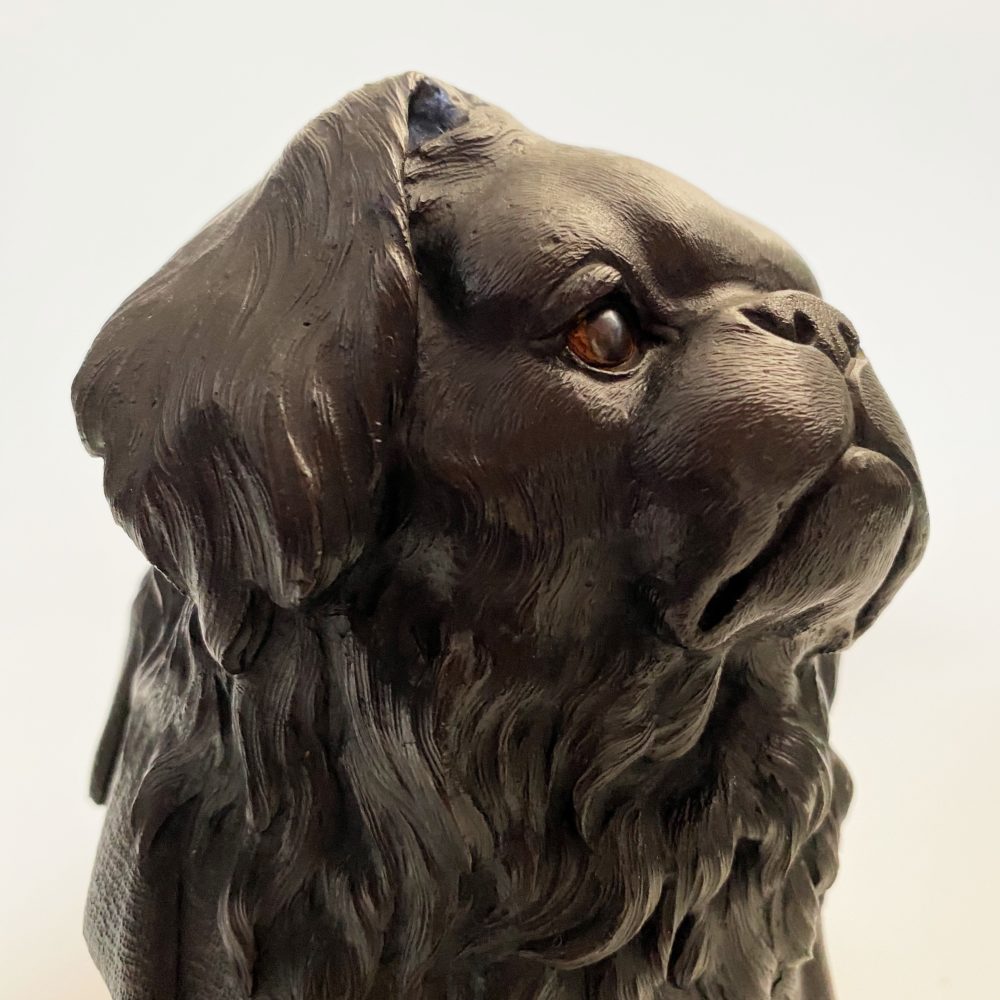 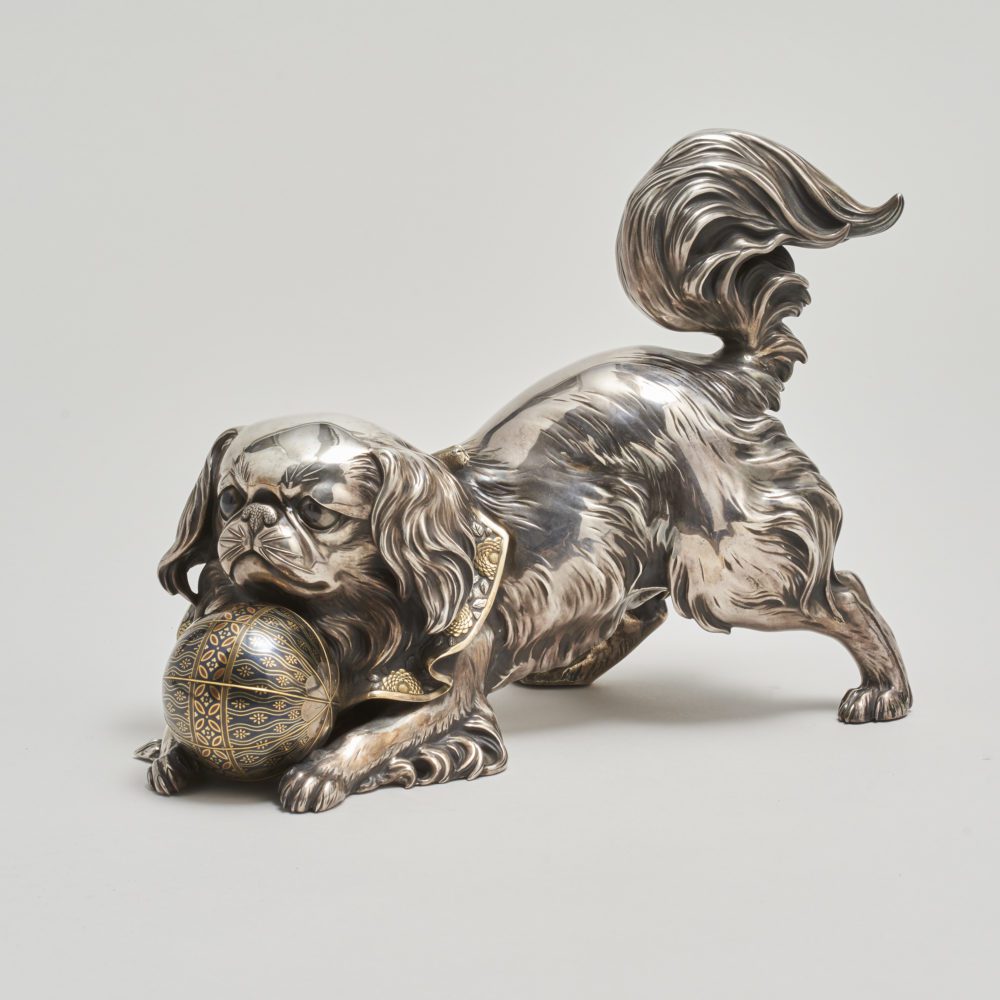