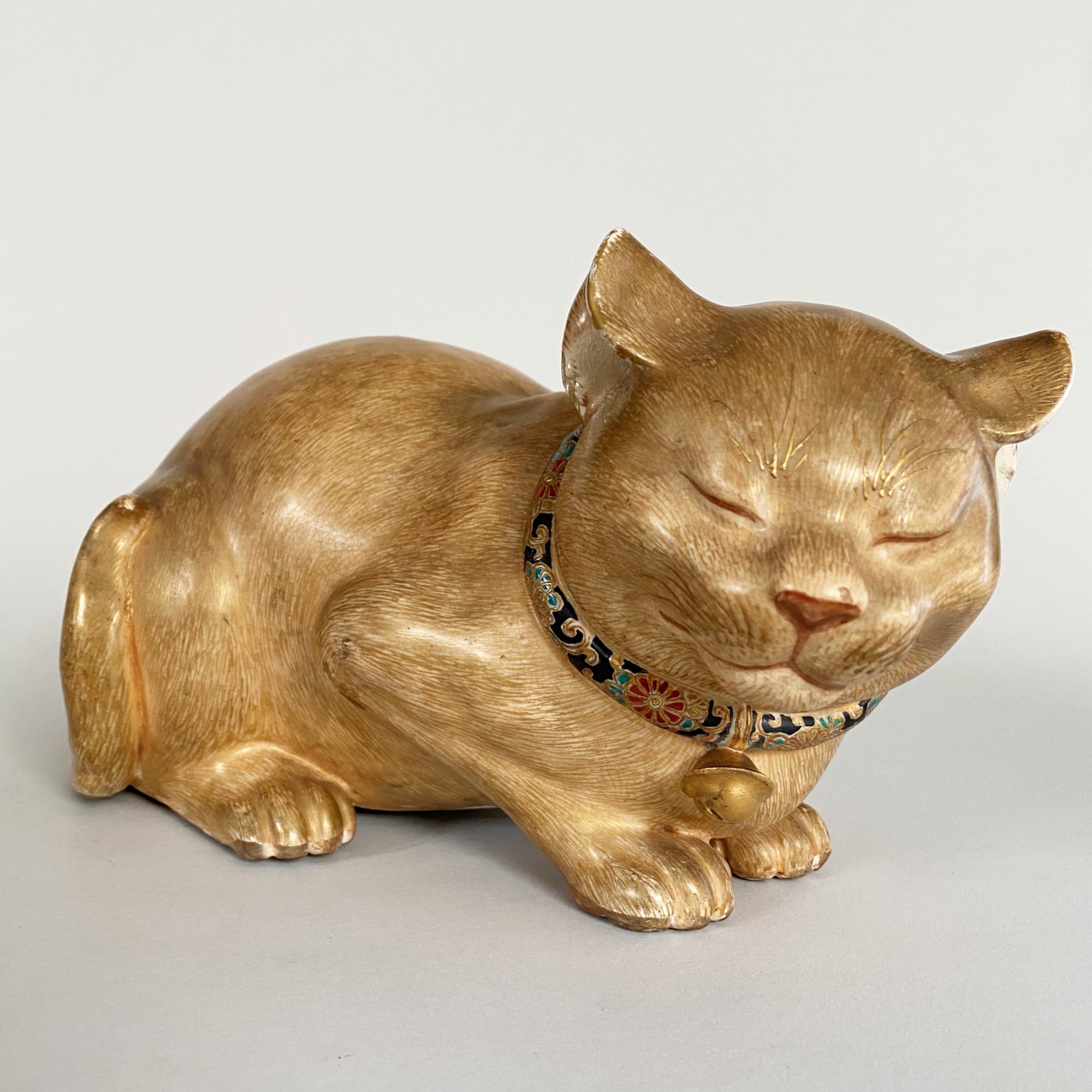 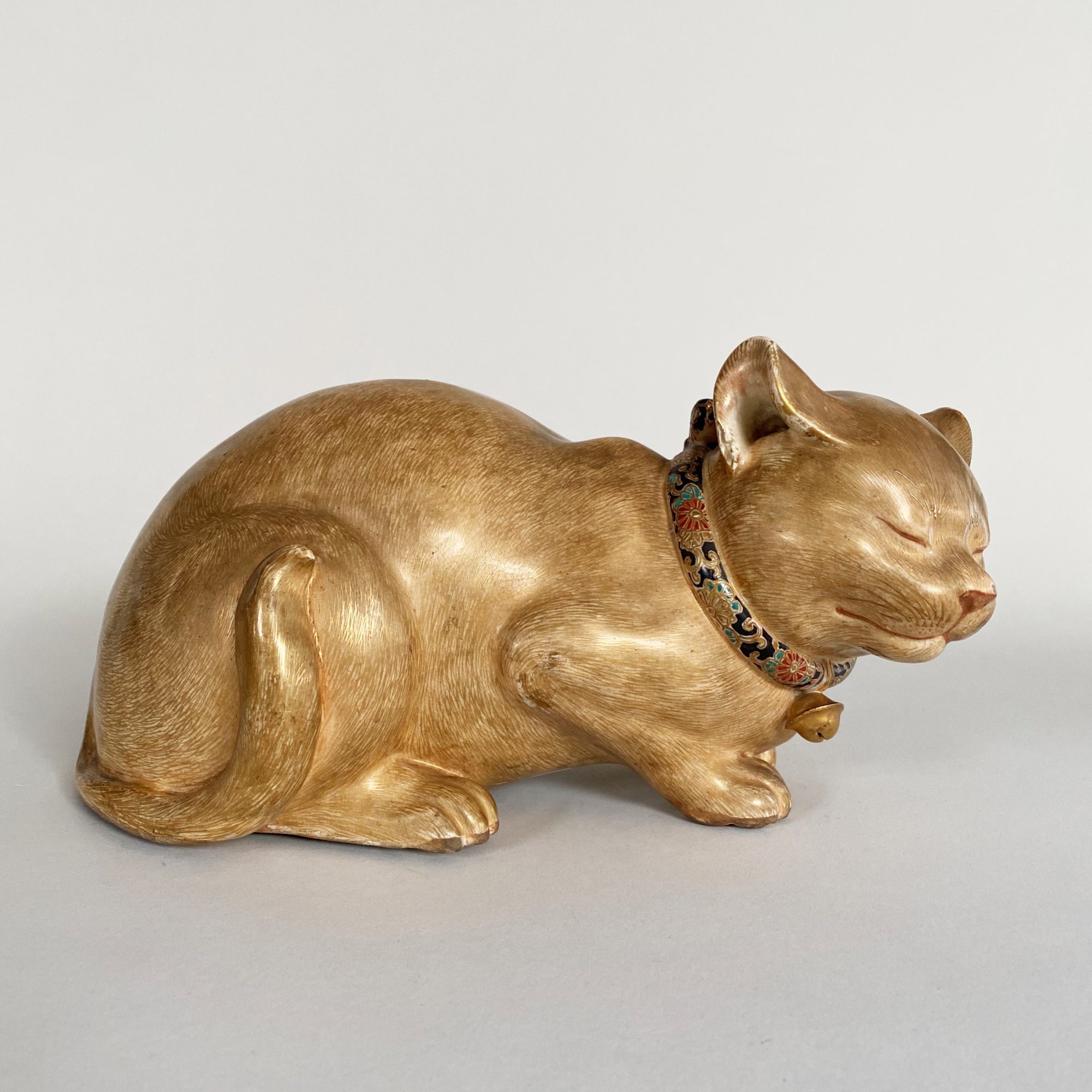 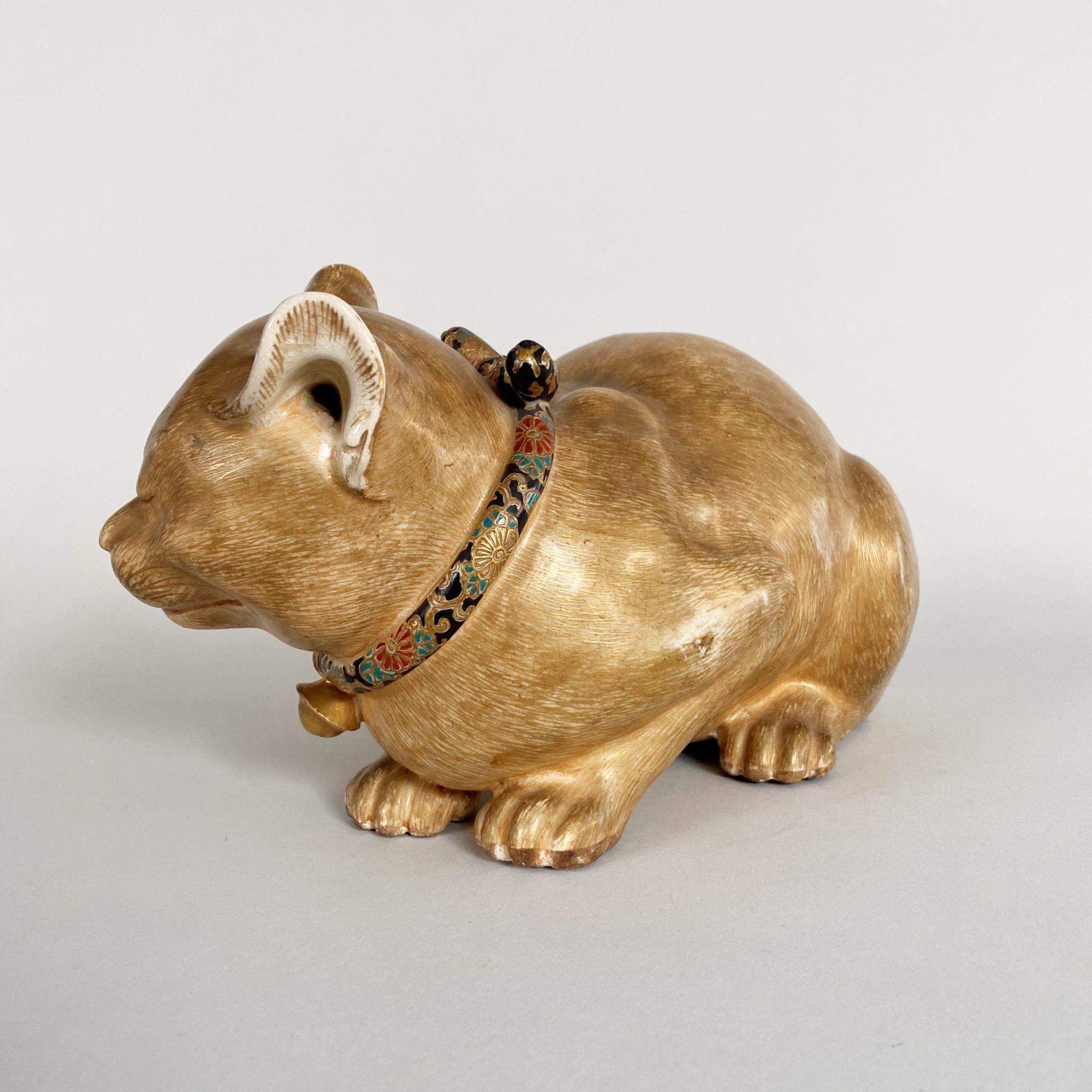 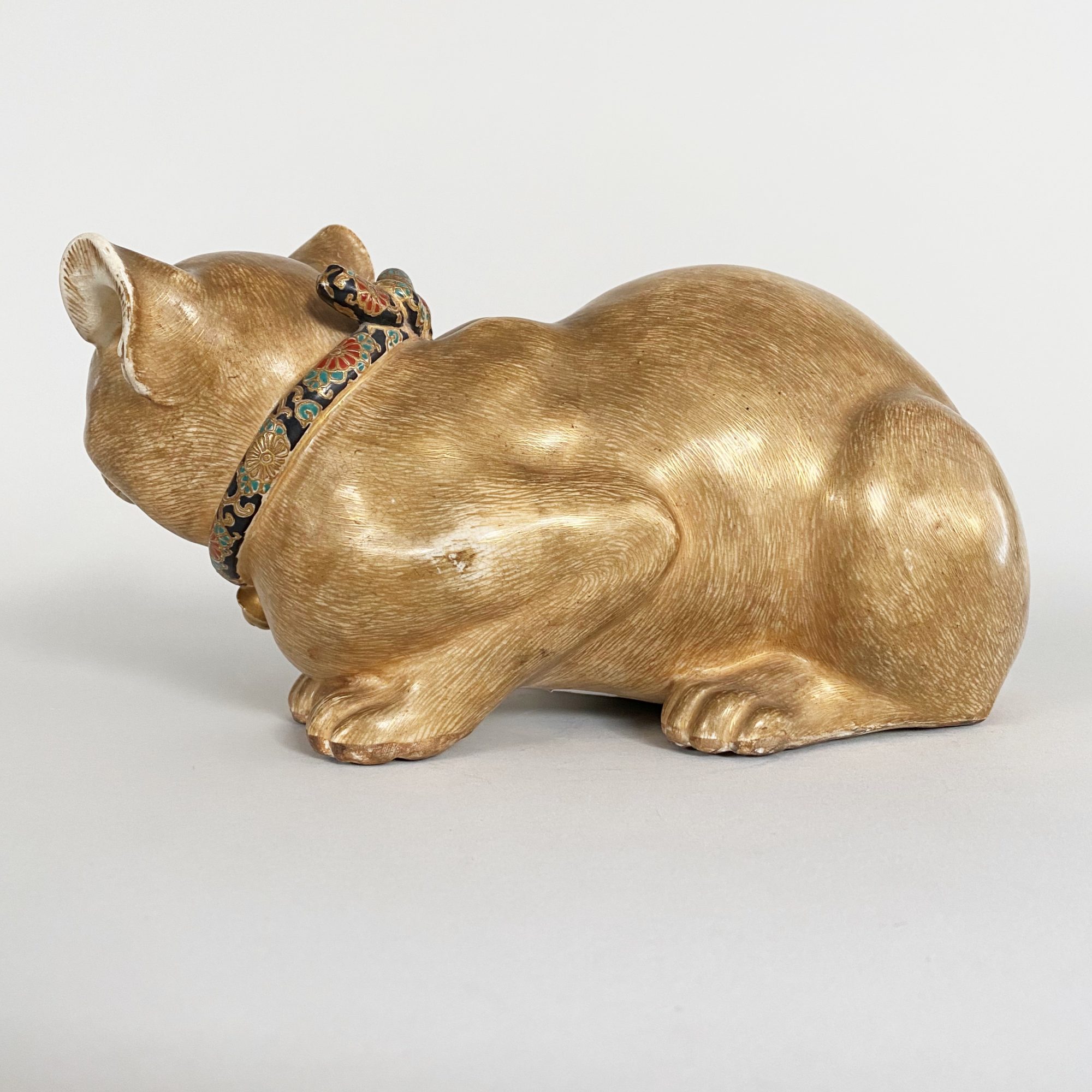 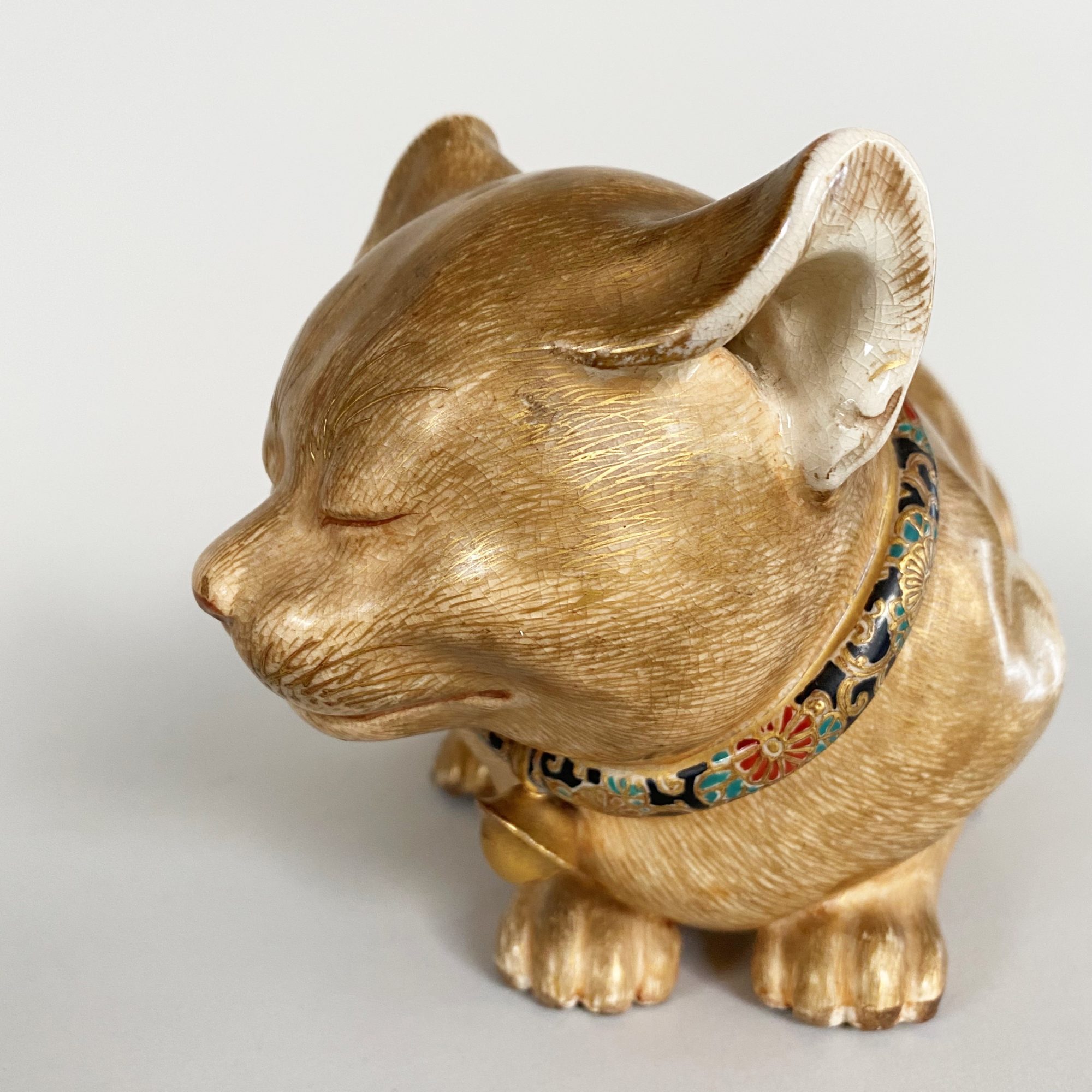 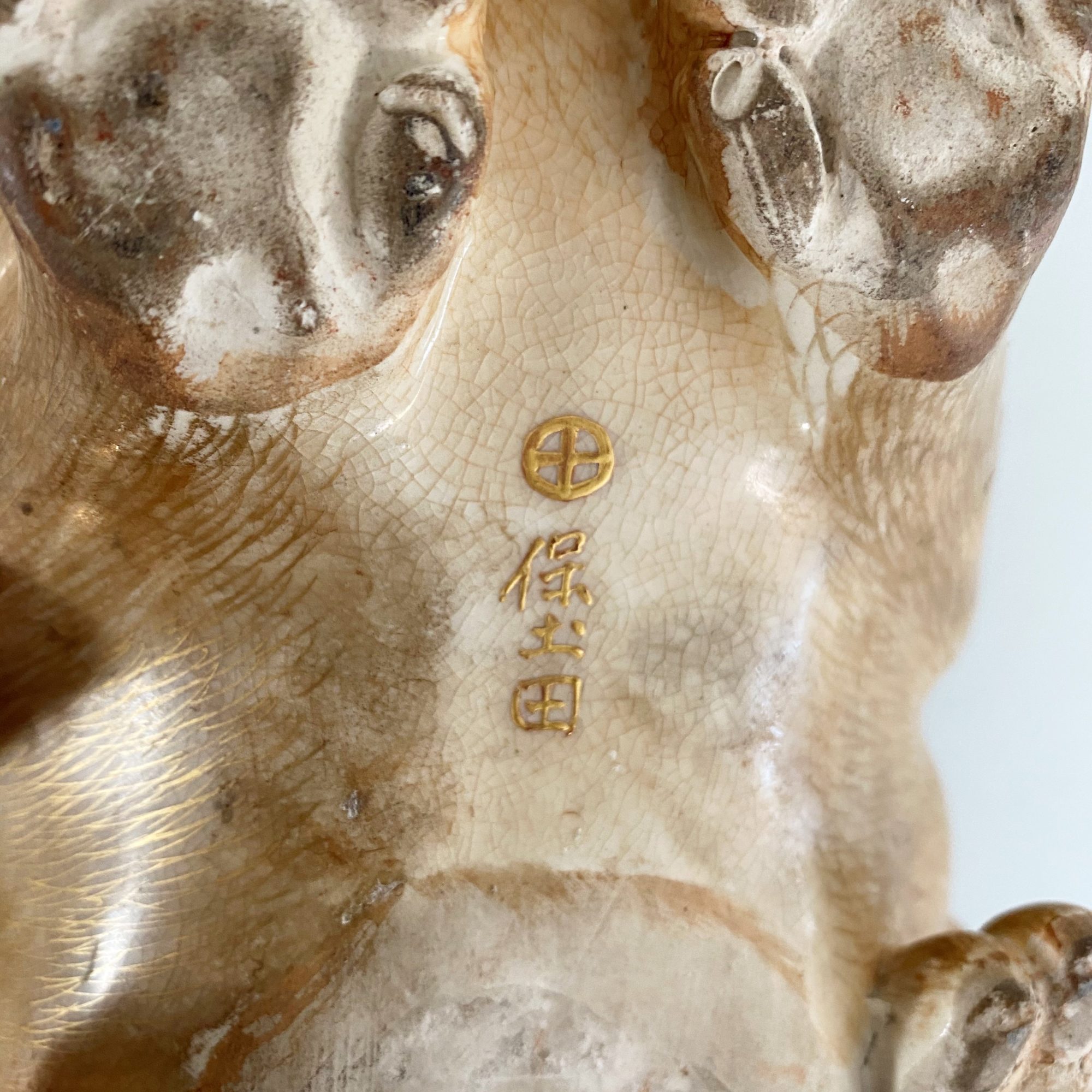 This contented looking sleeping cat dates from the late 19th Century and is offered as part of our collection of fine Japanese export Satsuma ware.

Painted in gold with a multi-coloured collar and gold bell the cat is also signed with the Shimazu crest to the belly.

Offered in good condition with some ware to be expected considering the age.

In Japan cats are thought to bring good luck, as seen in the popular beckoning cat sculpture often seen in shops and restaurants.
The legend goes that a white cat named Tama was sitting in the doorway of small shrine during a thunderstorm, it waved it’s paw in a beckoning motion at a wealthy Lord who was sheltered under a tree, as he approached the cat the tree he was under was hit by lightening. The Lord was so grateful he became patron of the temple and helped to improve and repair it. 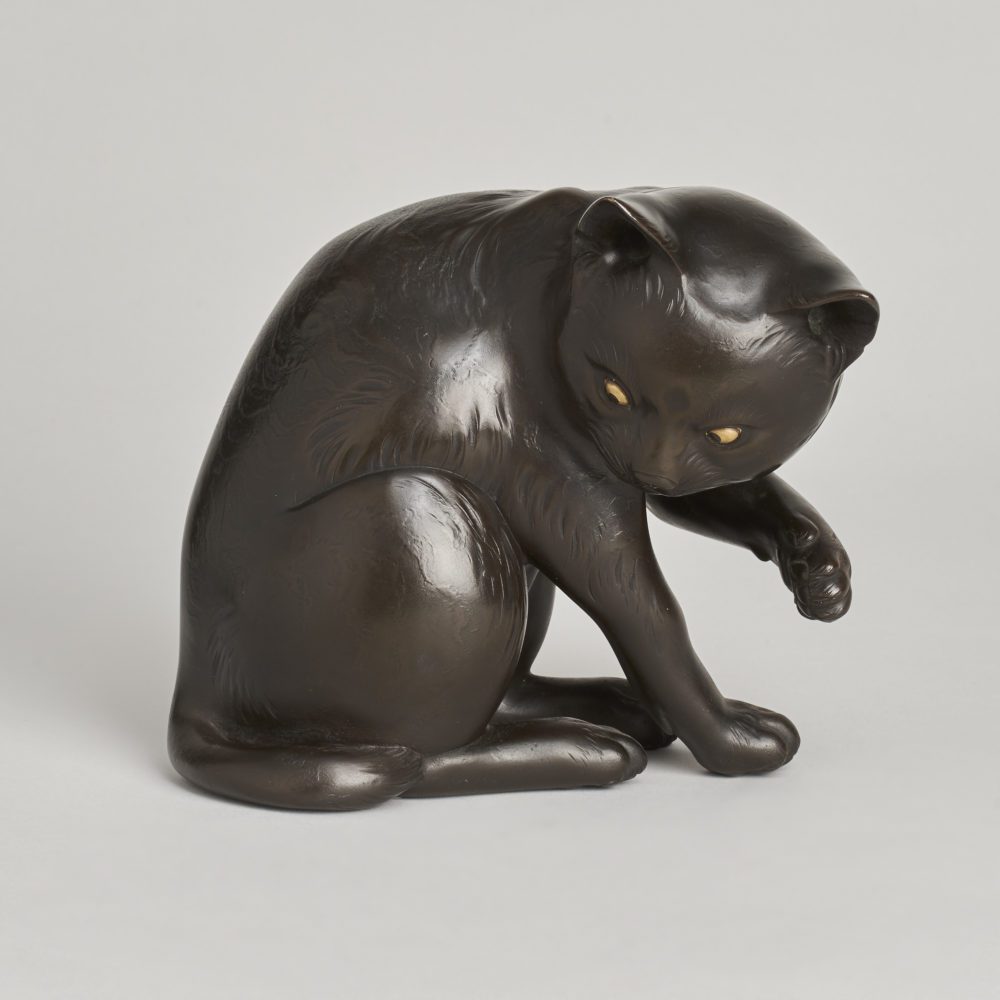 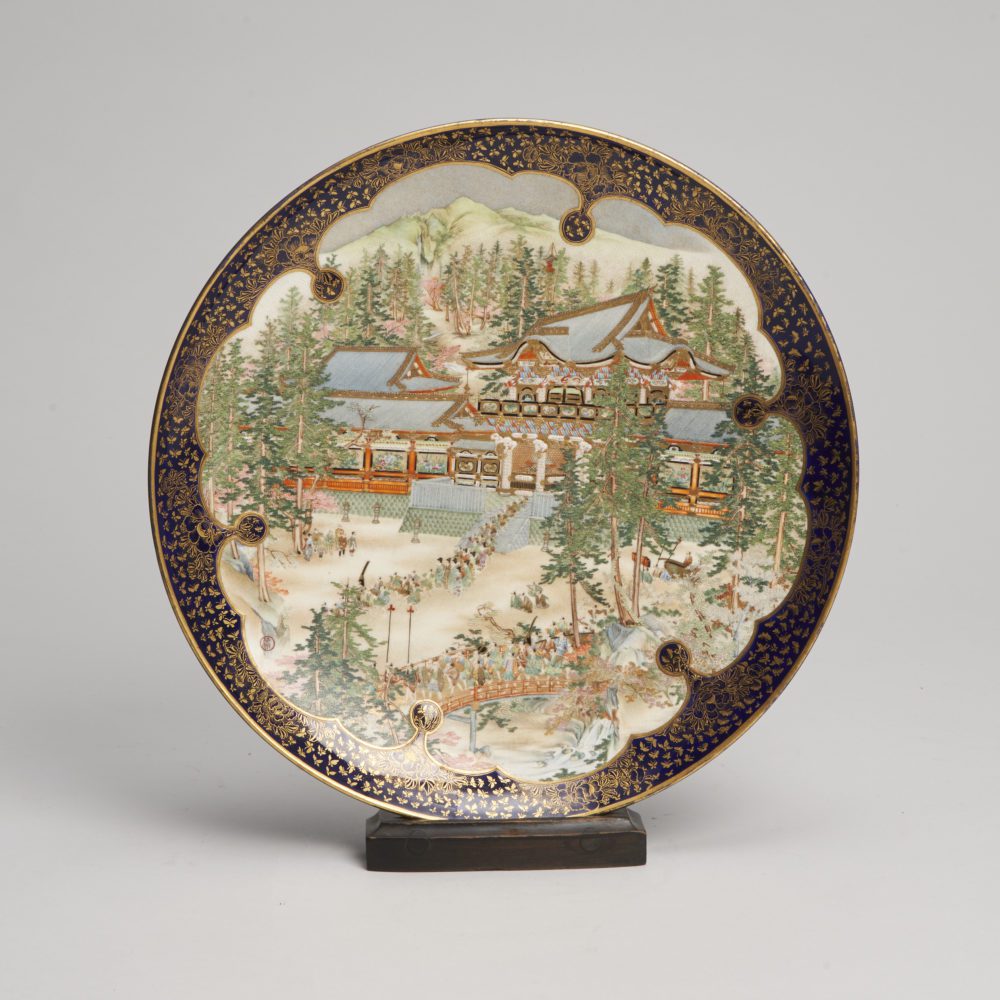