A 19th Century Japanese wood netsuke of a Sennin 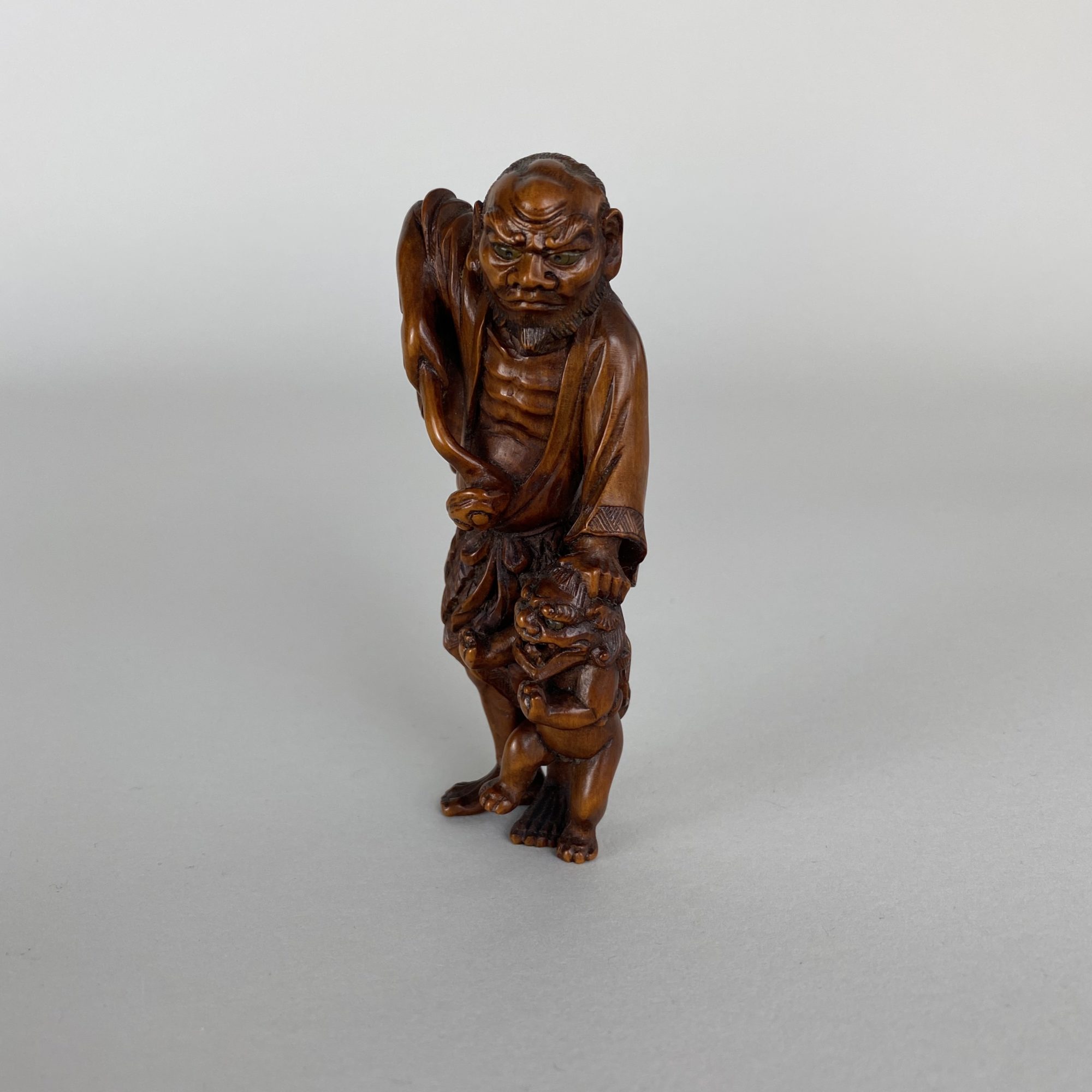 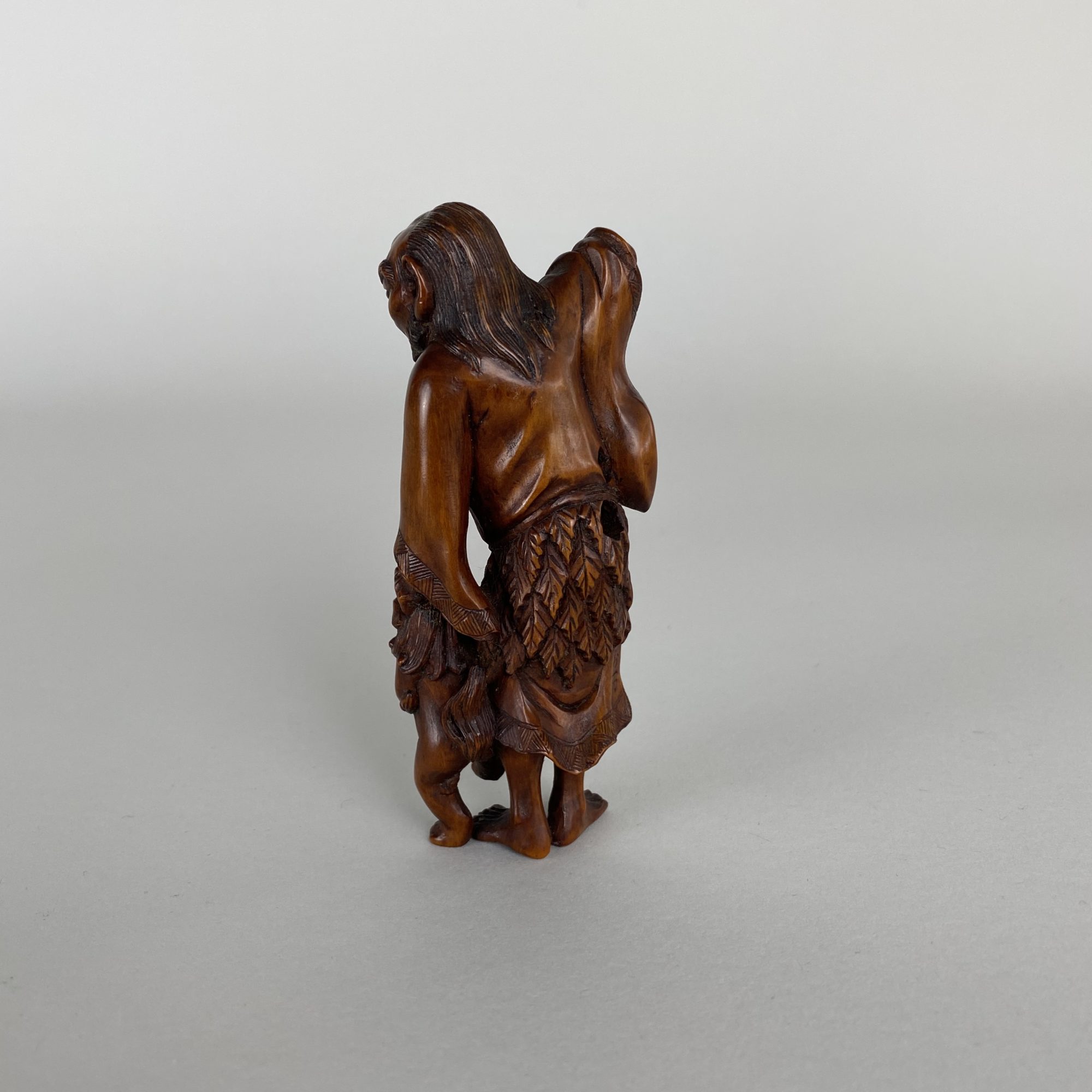 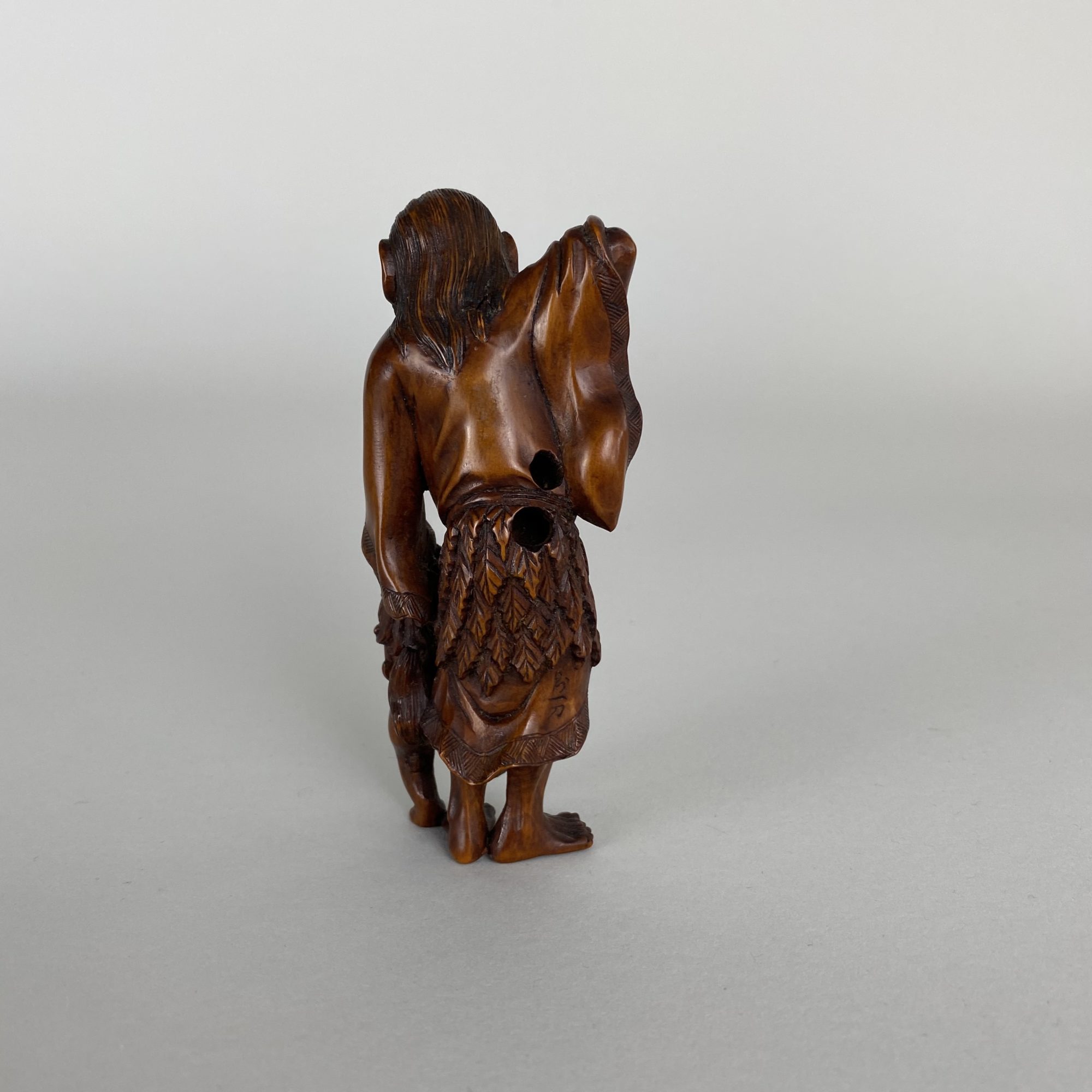 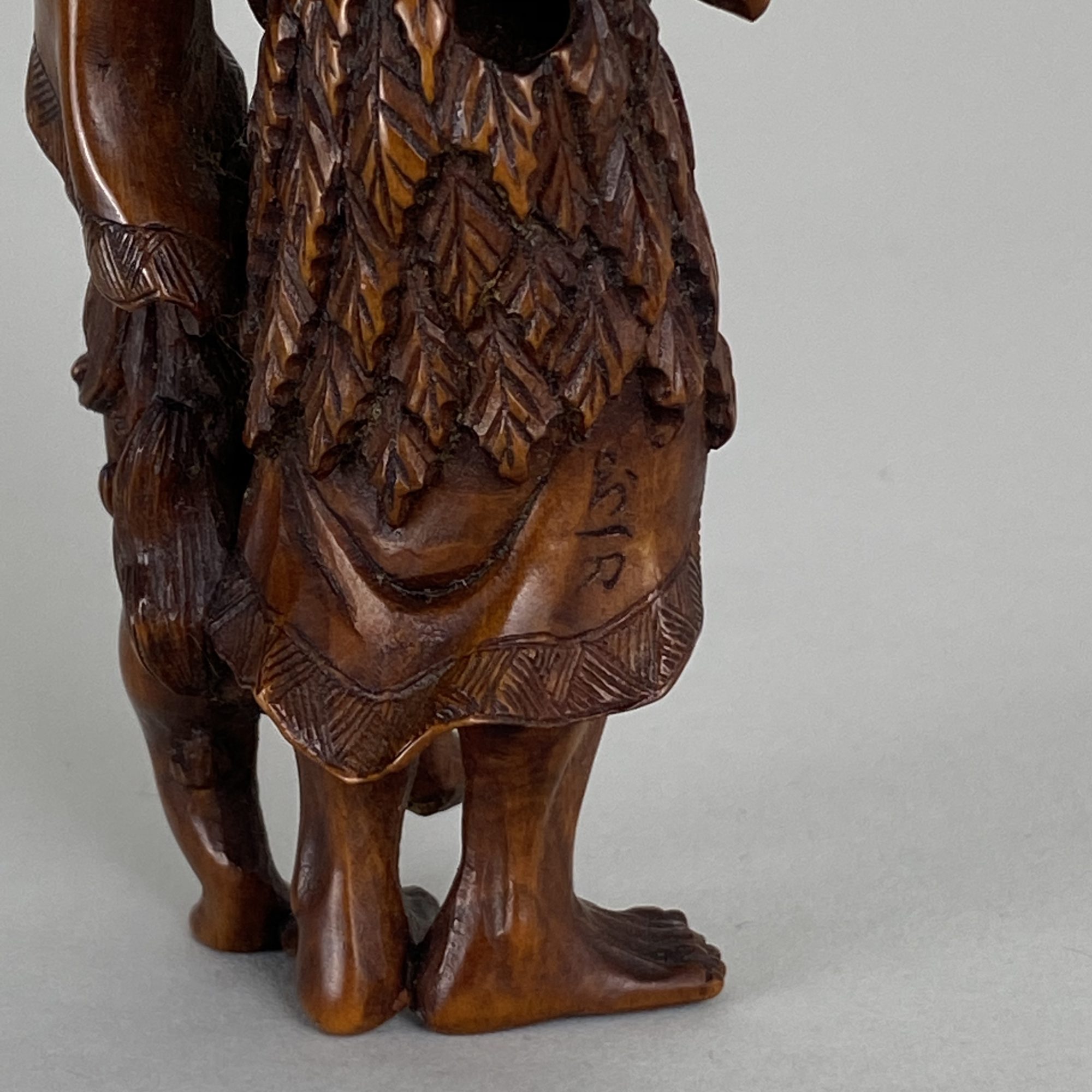 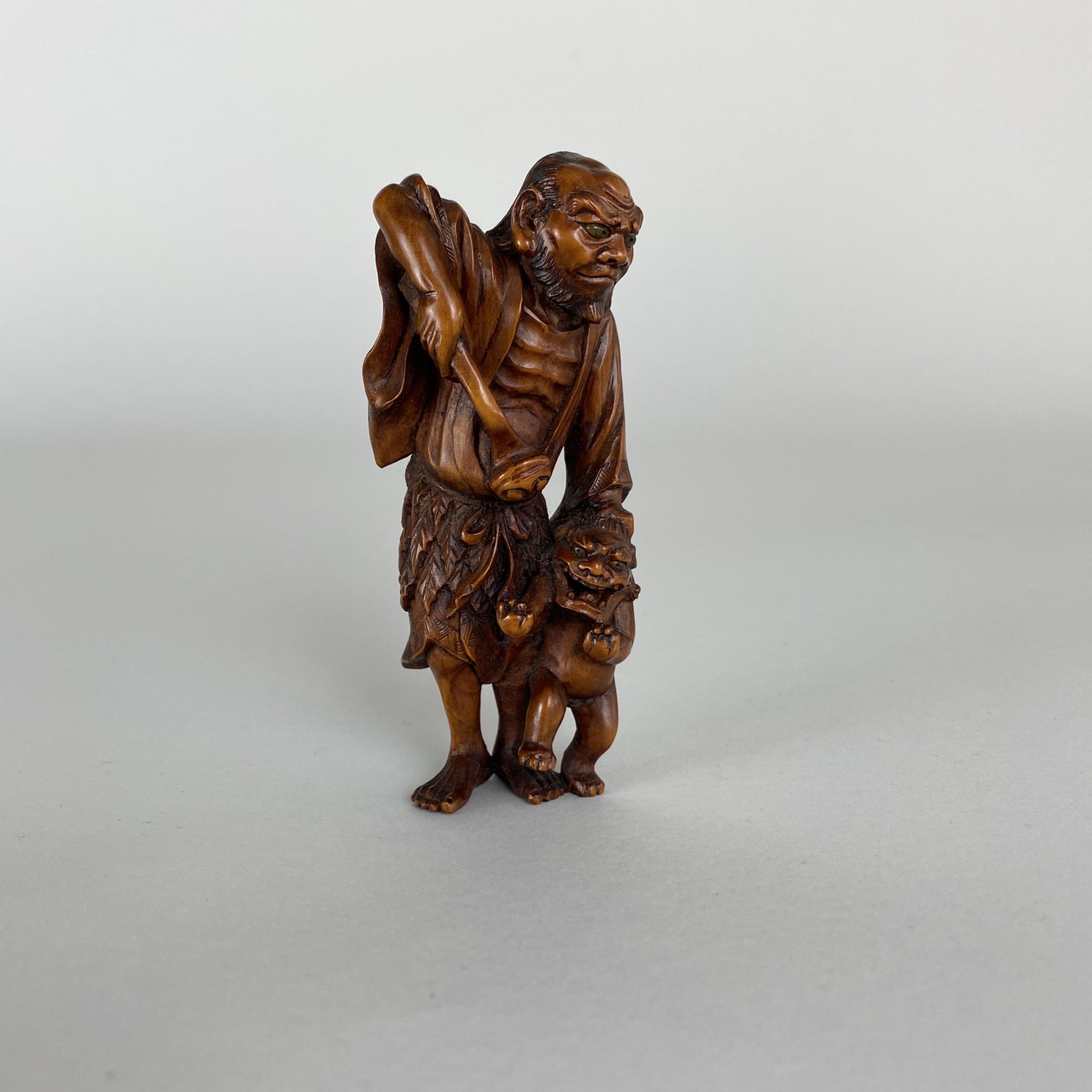 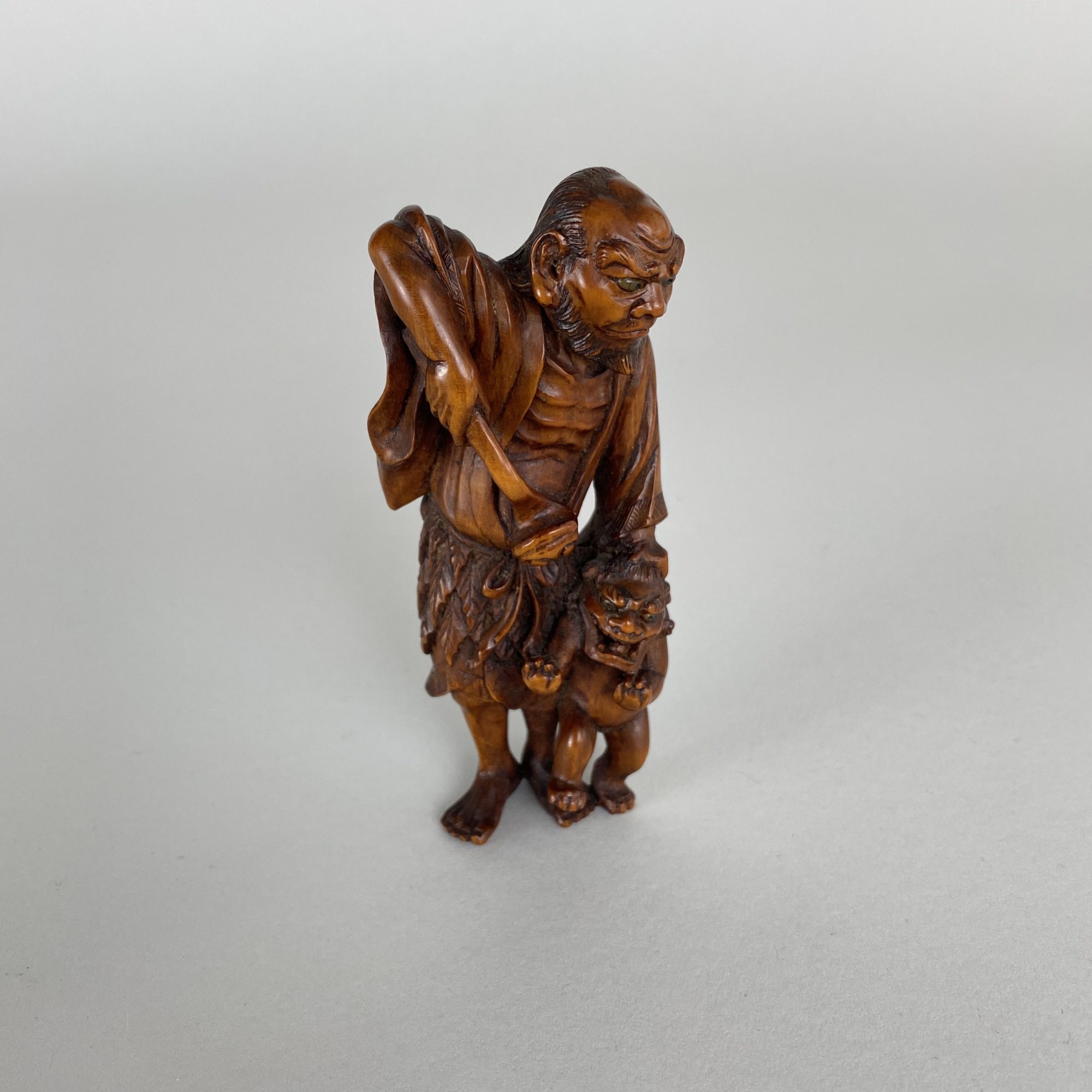 A 19th Century Japanese wood netsuke of a Sennin

A 19th century Japanese carved wood netsuke of a Sennin (likely Tekkai) holding an oni by the scruff of its neck.

Signed to back of robe

Tekkai Sennin is a character from Japanese legend, he is an immortal with the power to leave his body and trvel in spirit from. One day he left his body and asked his apprentice to burn it if his spirit did not return within seven days. The apprentice’s mother dies so he burned Tekkai’s body and returned home for her funeral. Left with no choice upon returning Tekkai had to inhabit the body of an old beggar found by the side of the road. He is often pictured with a gourd and sometimes his companion horse.

The oni is a popular antagonist in Japanese folk tales, they are a type of yokai (supernatural being) and resemble the troll or ogre of western fairy tales. They are usually red, blue or green with large teeth and horns and wear tiger skin loincloths or shorts and sometimes carry large spiked clubs. Historically oni were the souls of the dead who had been wicked in life, it was their job to torment the souls as wardens of Hell. During the Meiji period Oni sometimes take on a more comical function in stories, this has developed further in modern times with some oni losing their wickedness altogether and becoming a protective symbol of good luck.

If a child misbehaves in Japan sometimes they will be called a child of an Oni, and the popular game ‘It’ or ‘Tag’  is called Oni in Japan.

A netsuke is essentially a toggle, used to prevent an object (usually an inro) from slipping through the obi (kimono belt). A cord is passed through the himotoshi (two small holes on the netsuke or a natural hole formed by a leg or arm of the piece) the other end tied to a container containing money, herbs or tobacco. The cord is then passed through the obi with the netsuke resting above it and the container below.
Netsuke have evolved from being utilitarian objects to miniature sculptures of great beauty and craftsmanship. Subjects they depict wide ranging and are an important record of Japanese life and folklore.