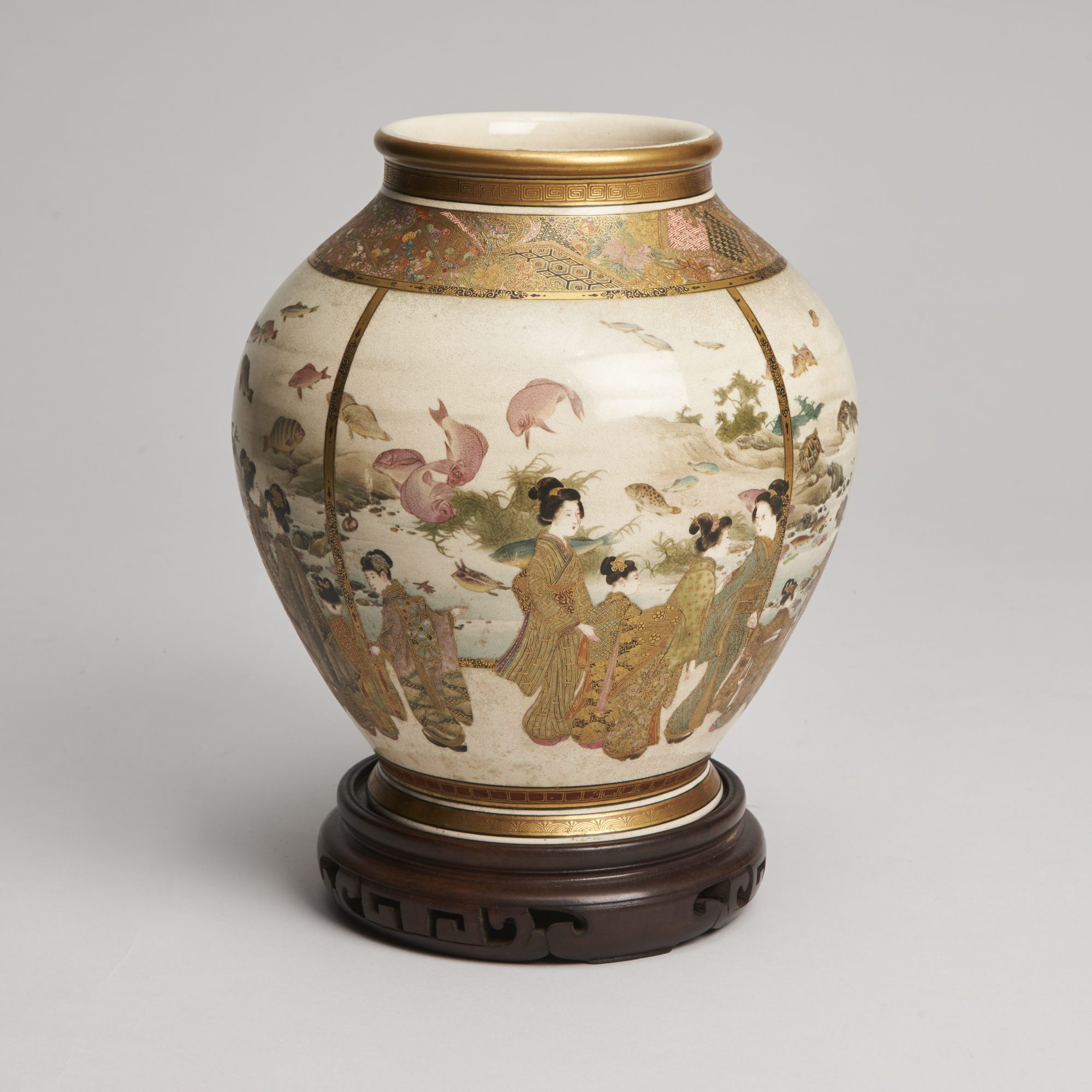 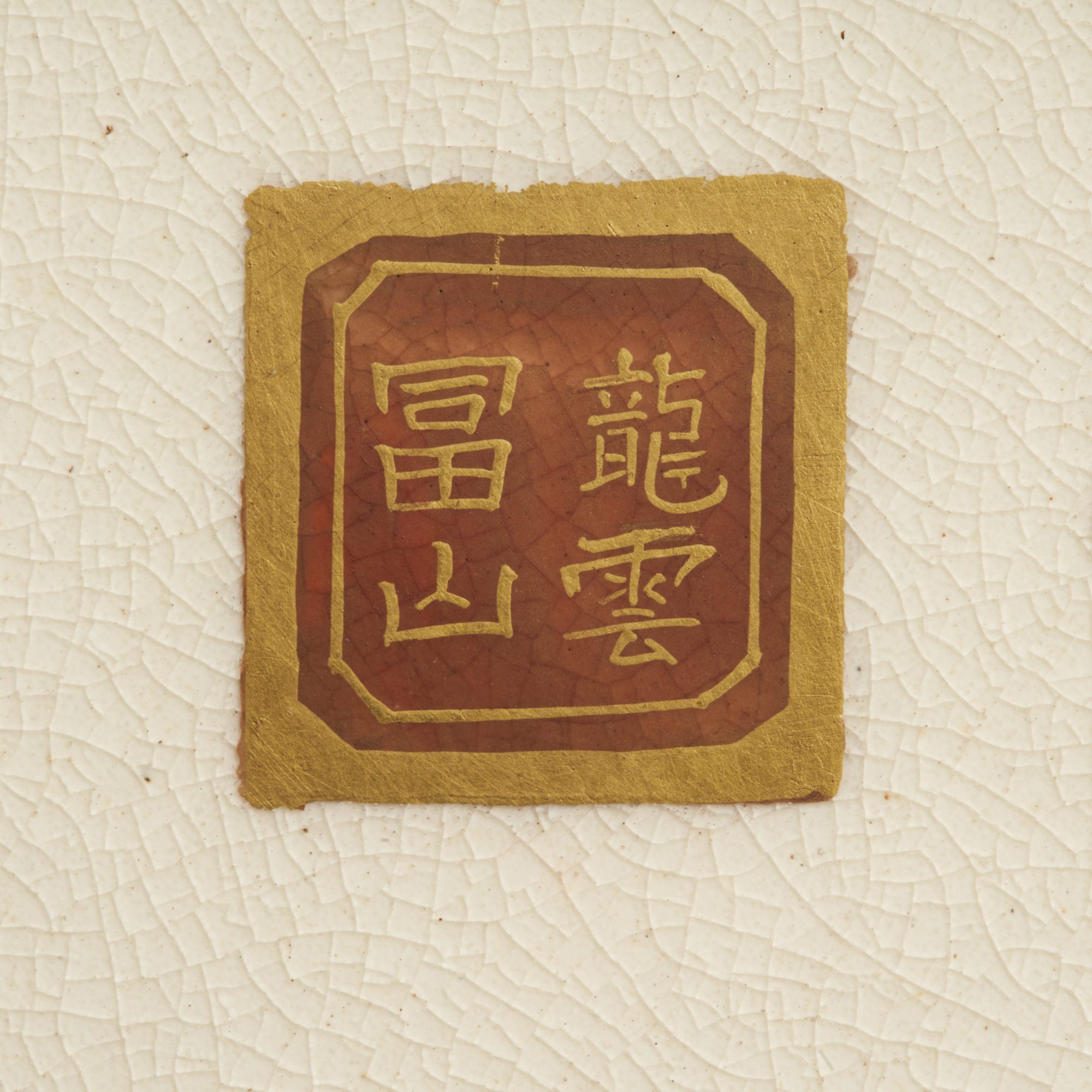 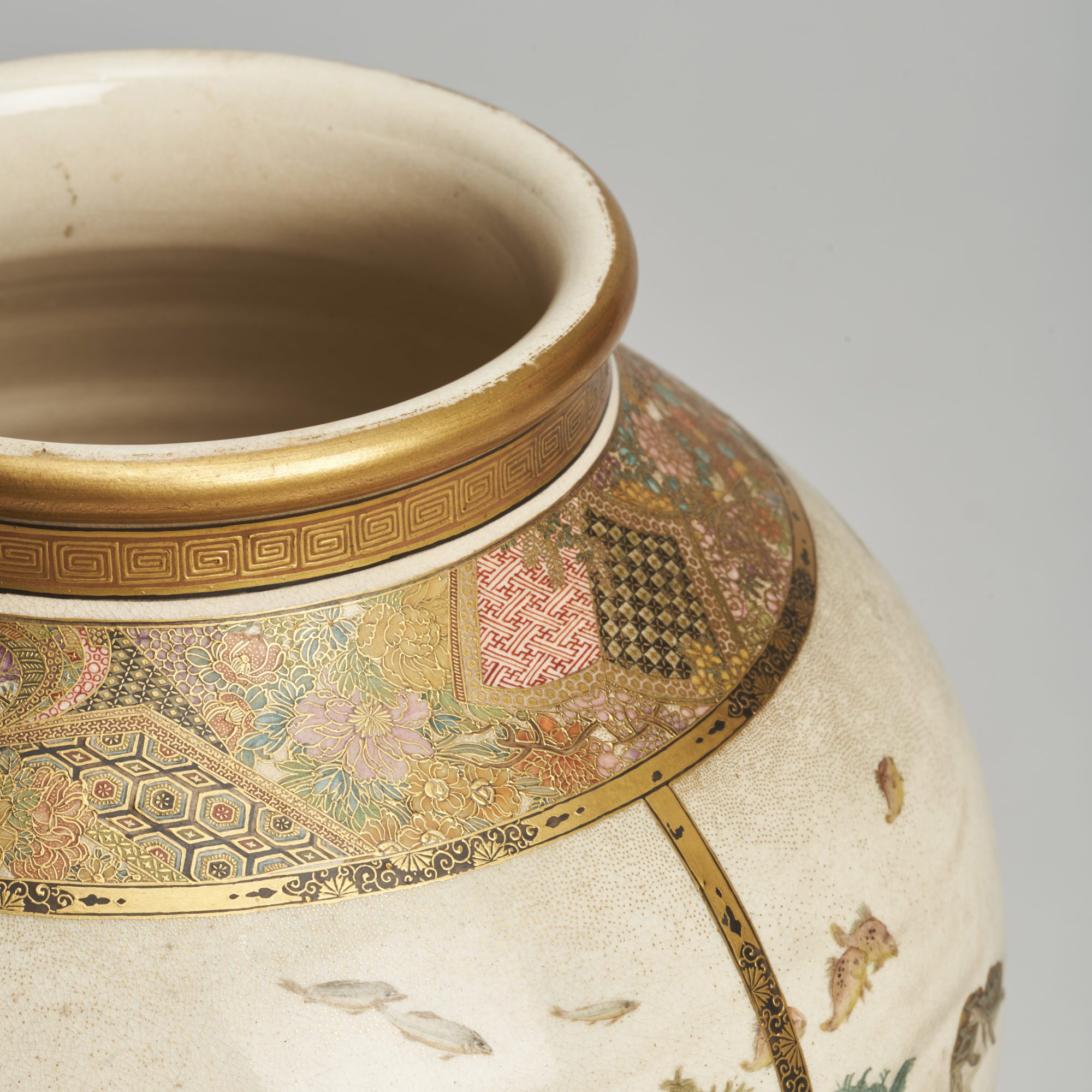 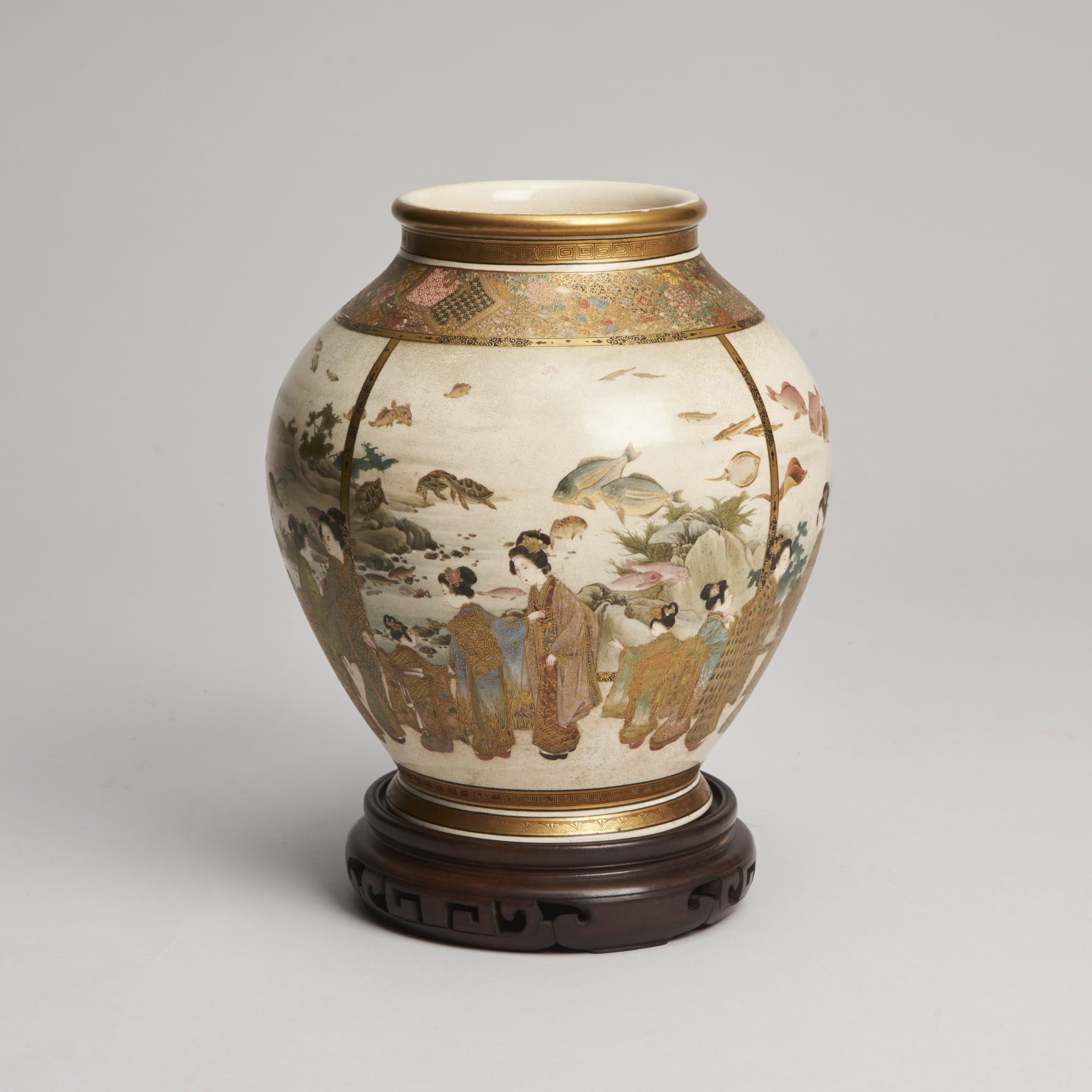 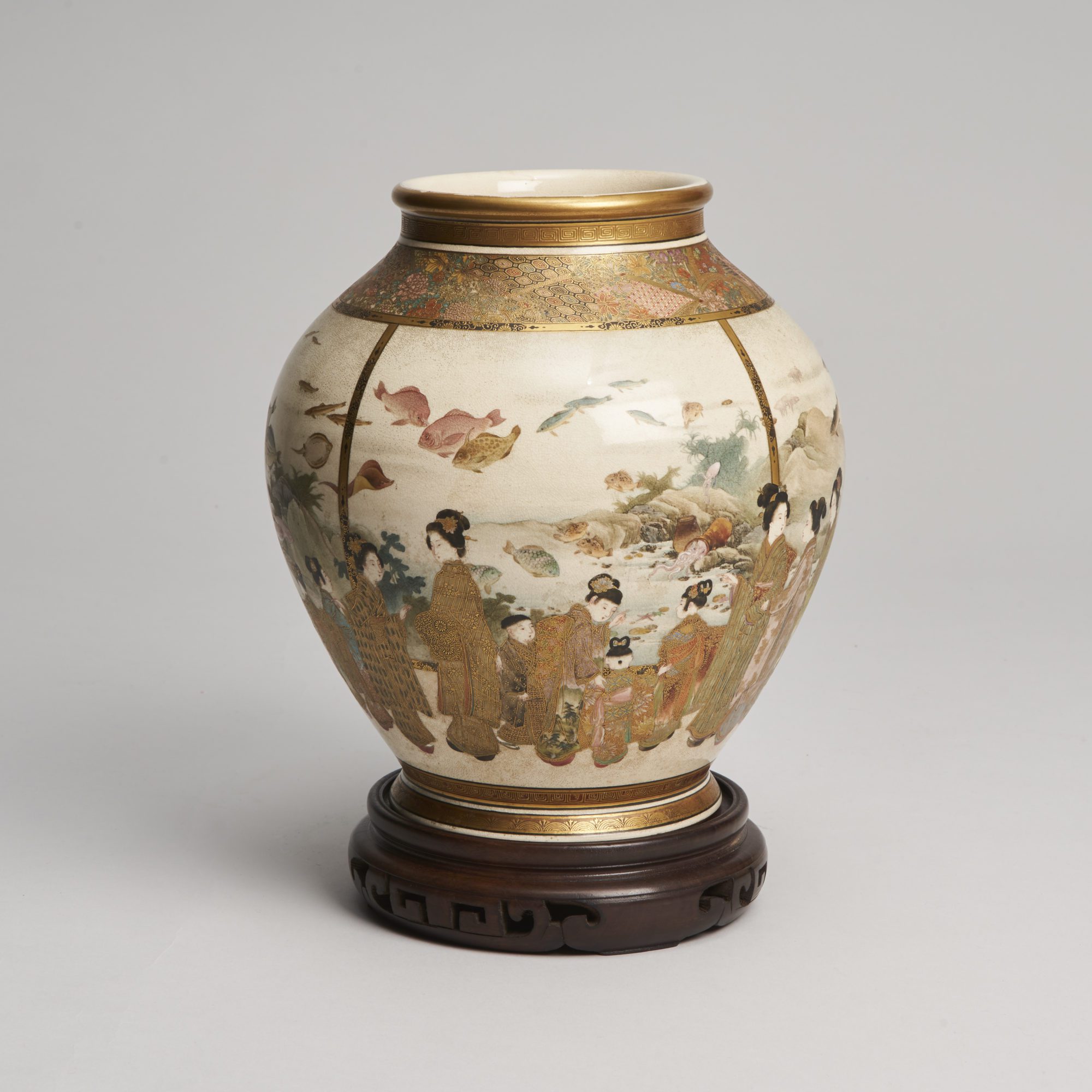 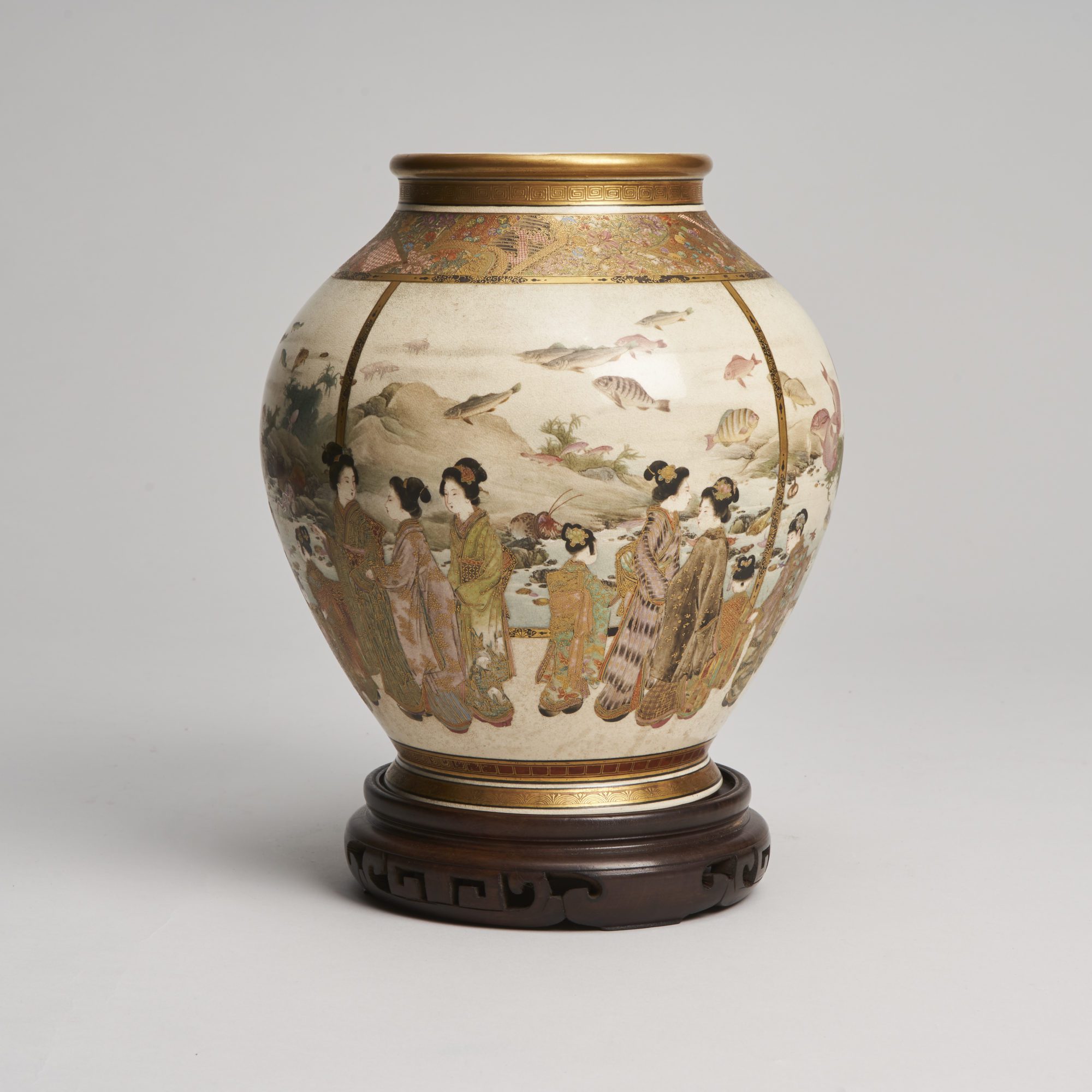 A Japanese Meiji Period (1868-1912) Satsuma vase with an interesting wraparound scene of what appears to be bijin examining fish in a large aquarium. This design is very unusual and may be unique. On first inspection we assumed they must be examining a large lifelike screen, but after further research of dates and examining the perspective and positioning of the figures feet we now think it depicts a fanciful aquarium.
Please see the ‘backgound’ tab for more infomation.

The first public aquarium was opened in London Zoo in 1853, and was constructed much like a greenhouse. The first public aquarium in Japan opened in 1882 at the Ueno zoo. During the time of the great expositions aquariums, then called aquatic vivariums were popular exhibits. This vase dates from the second half of the Meiji period so aquariums would be an established and well known entertainment by then so it is not far fetched to see a luxurious version of one depicted on this satsuma vase.

Fuzan Ryun was a satsuma artist working in the mid to late Meiji period, his works are usually fine quality and artistically interesting. 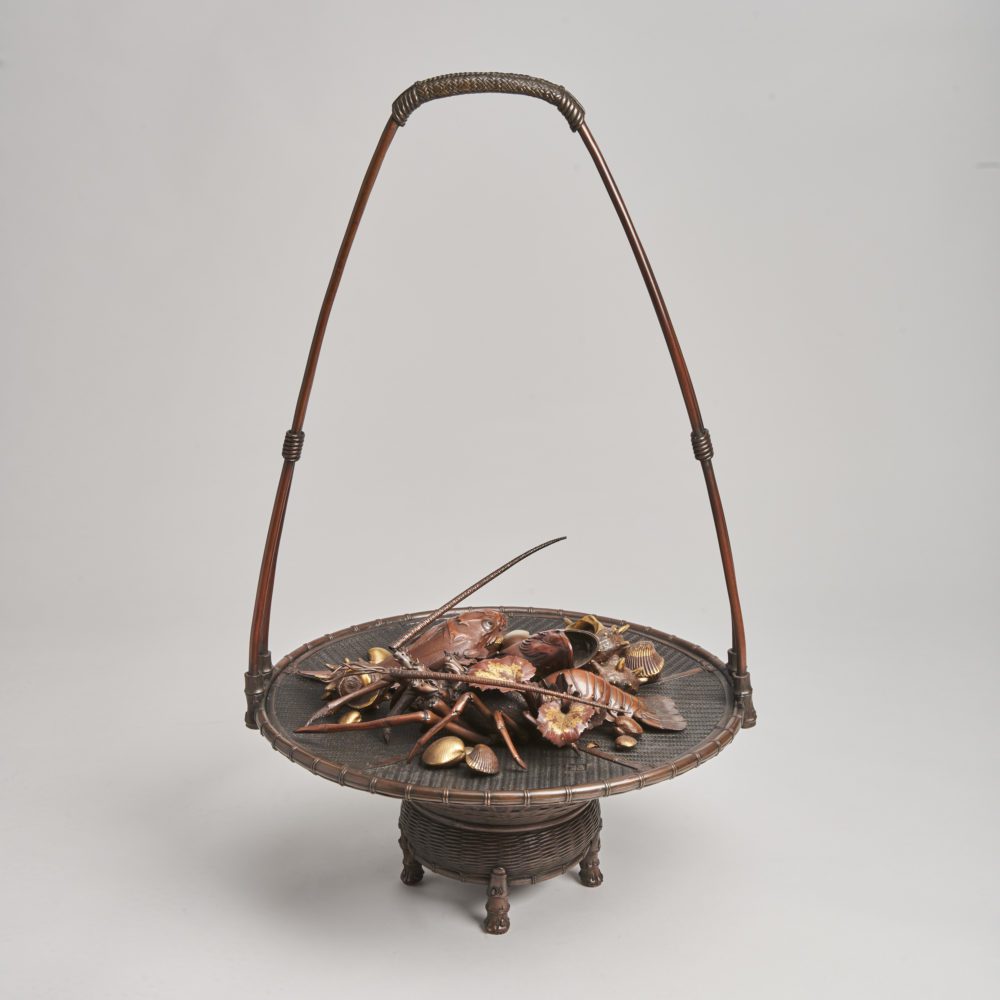 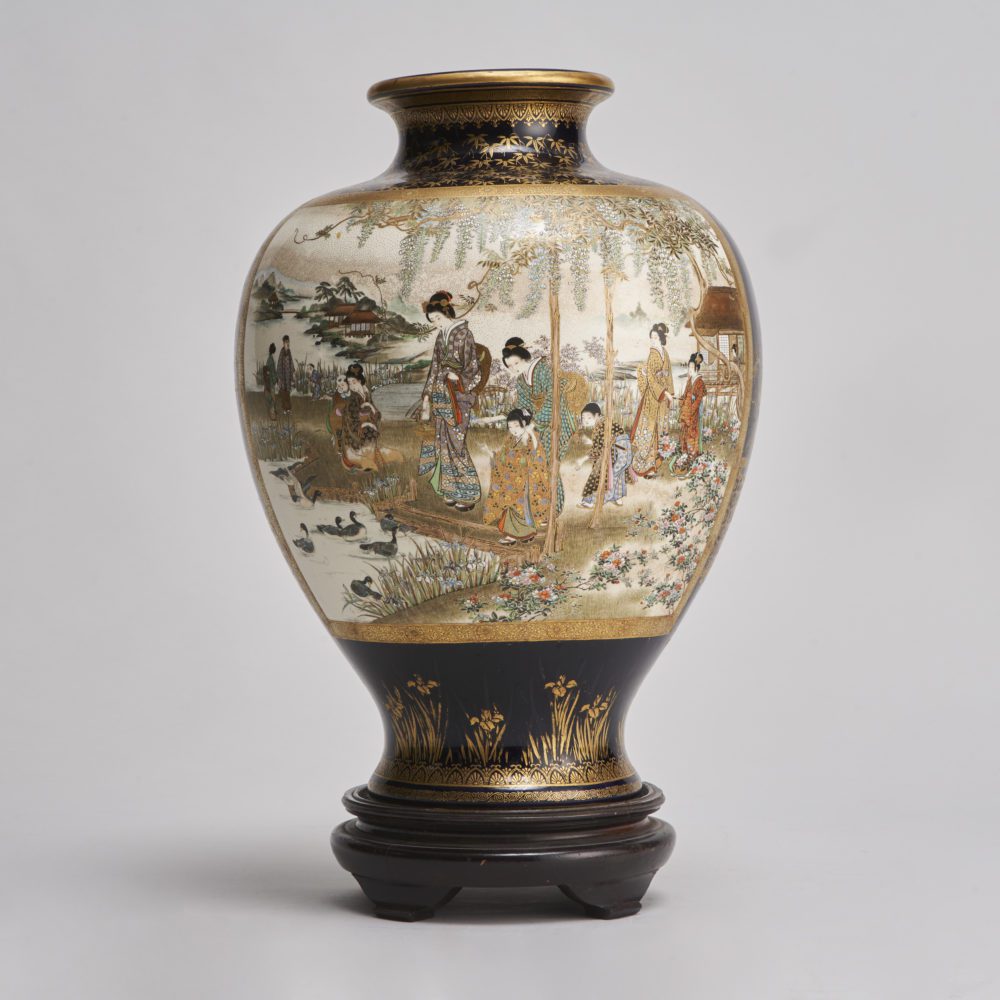