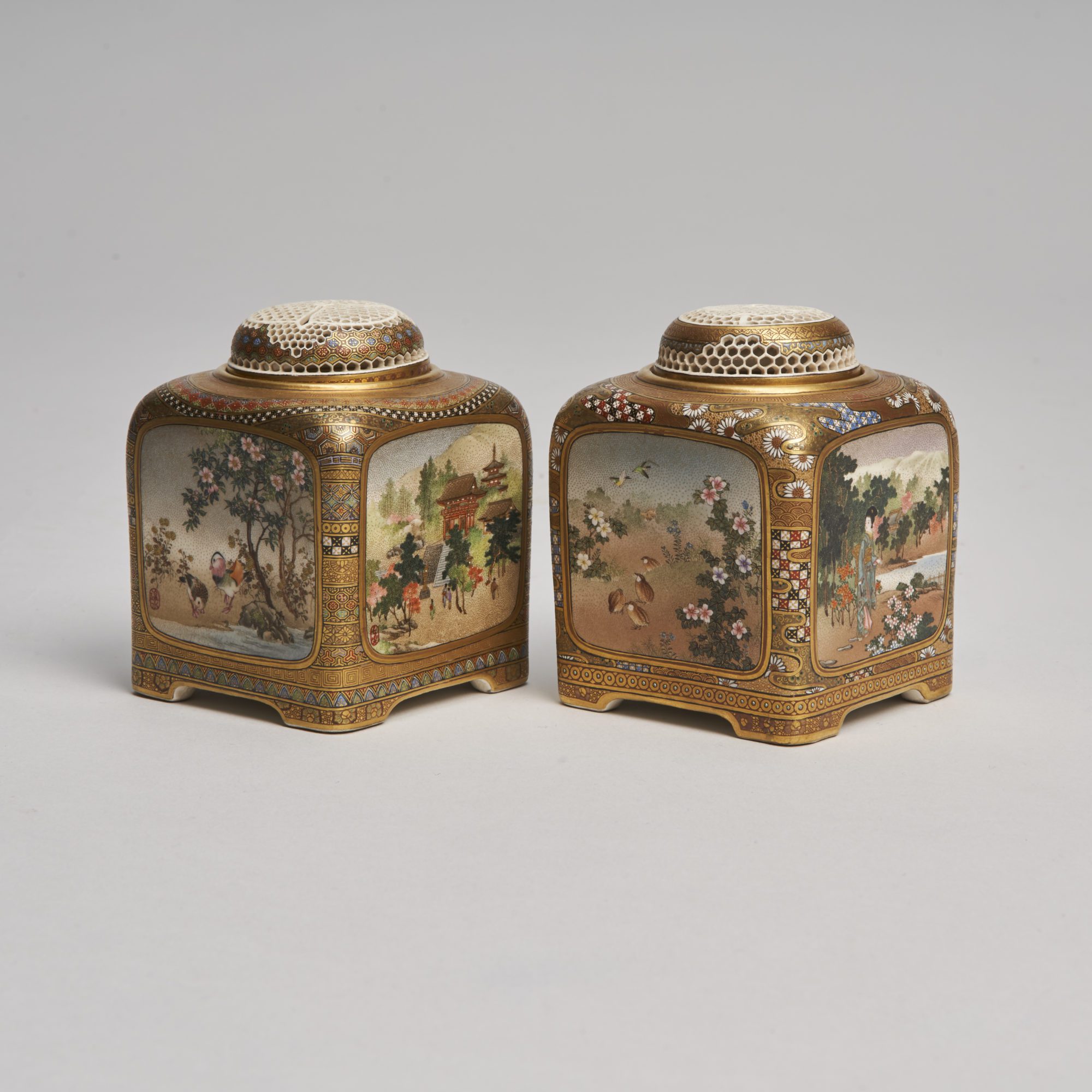 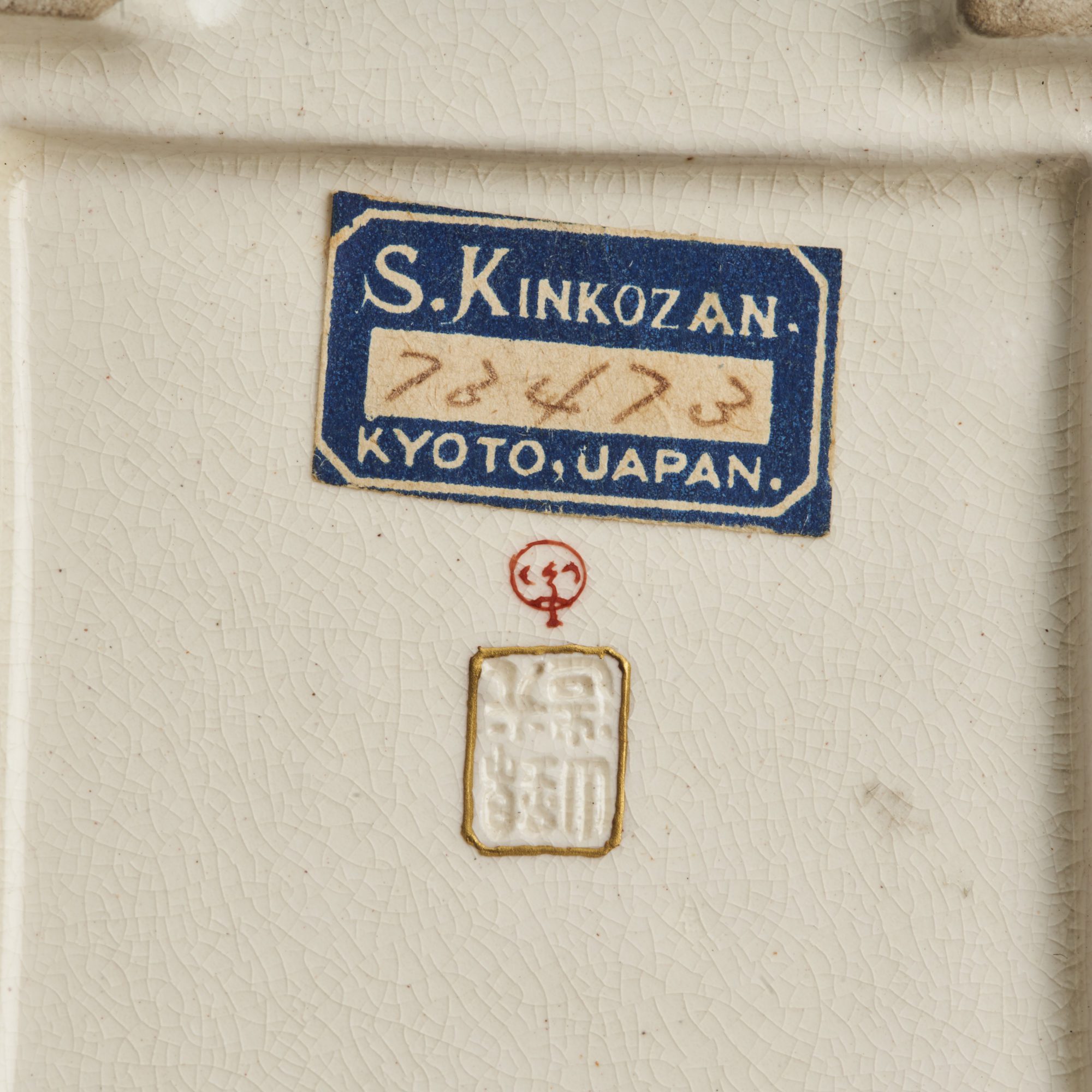 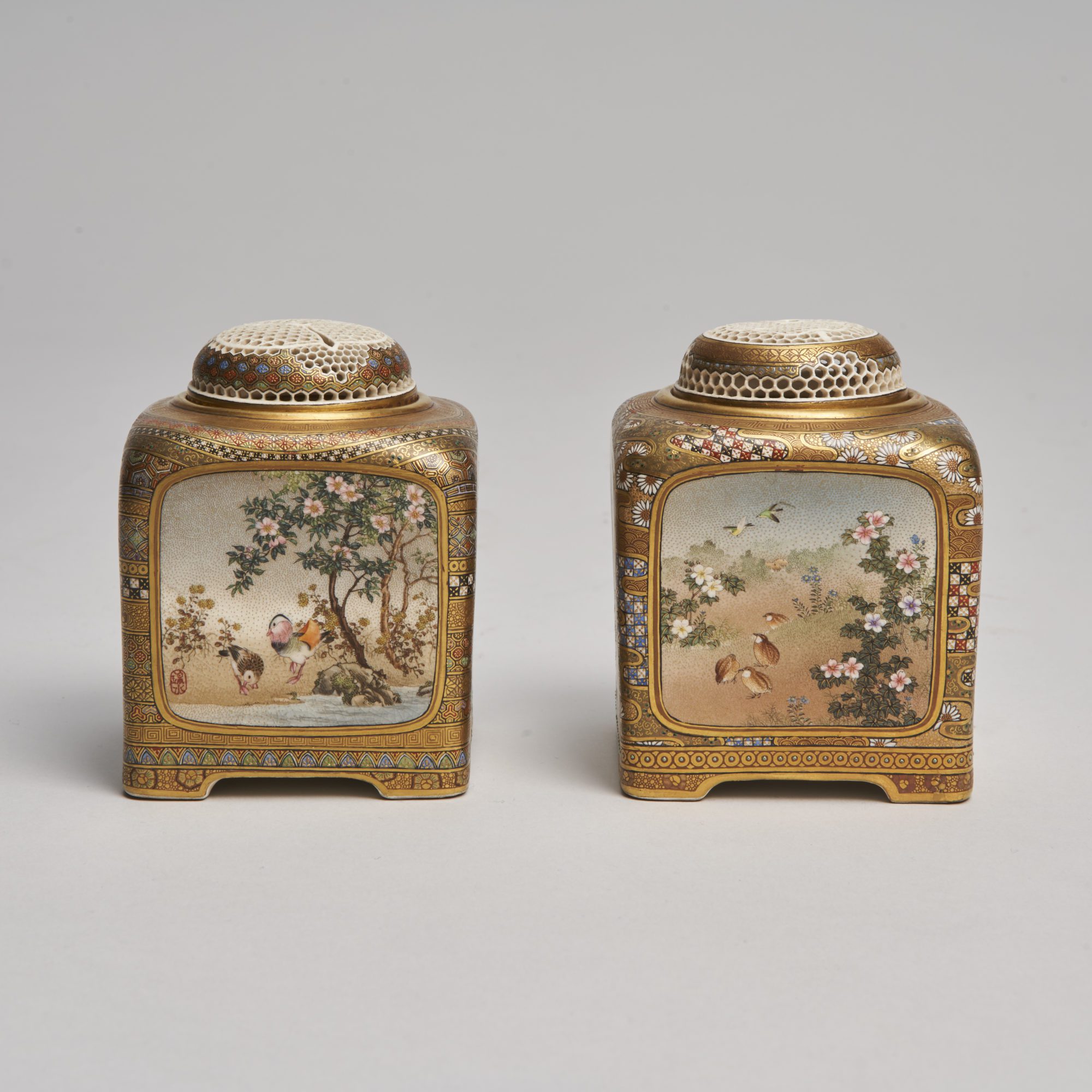 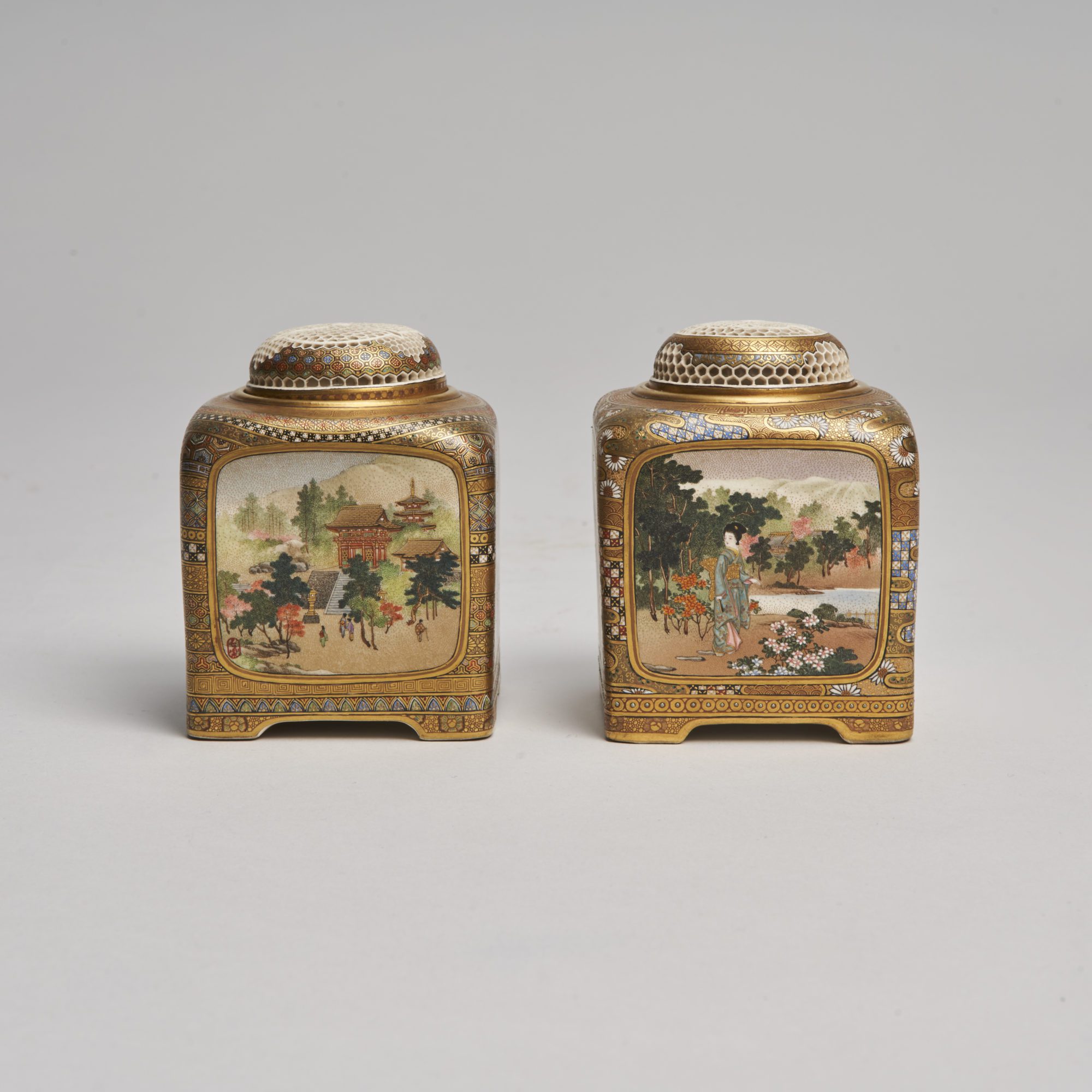 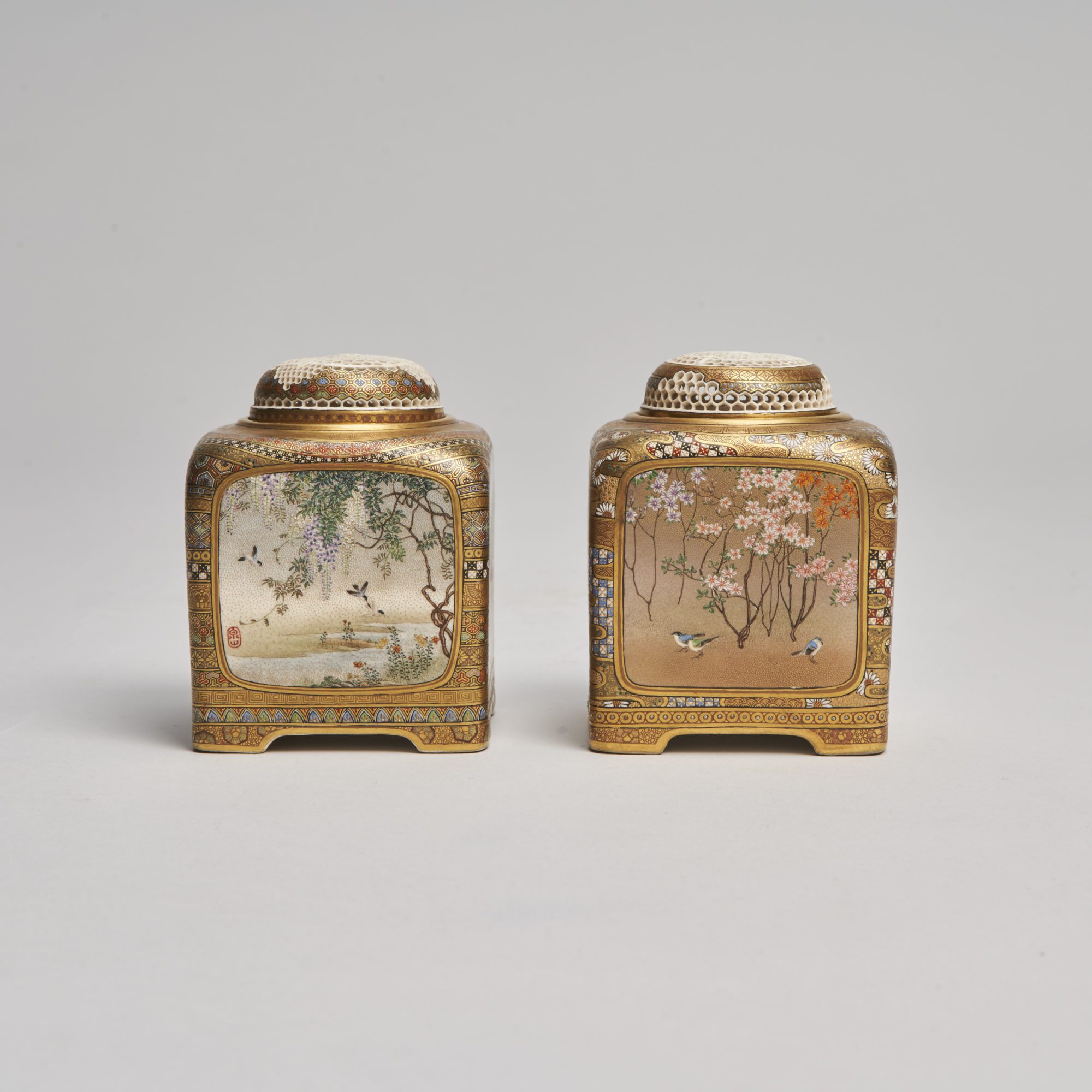 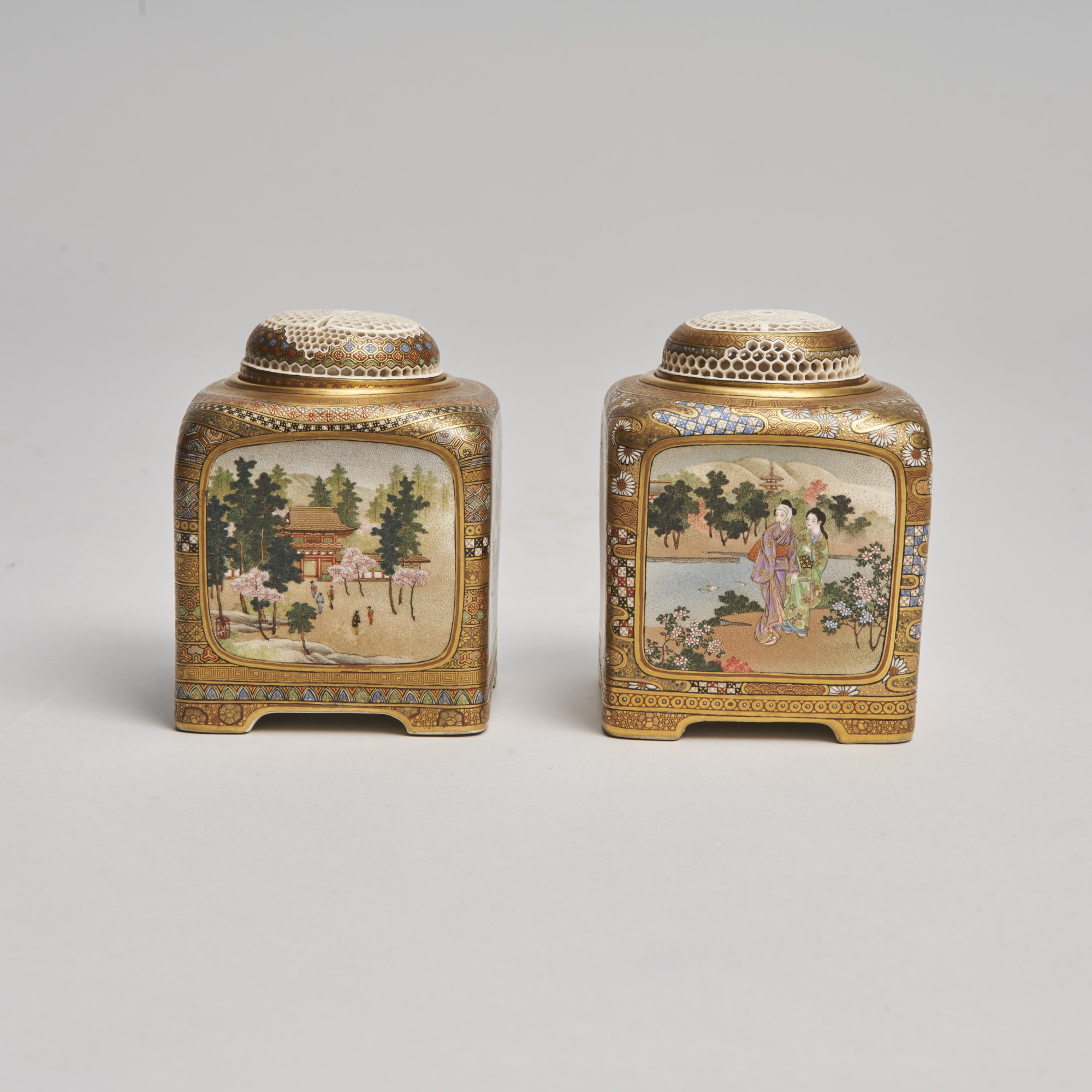 An exceptional pair of Meiji Period (1868-1912) Satsuma koro, each with four panels on a highly complex geometric ground with a matching pierced lid.

The panels on the first koro are decorated with ducks next to a stream, a mountain side shrine, birds among wisteria, and a temple gate.

The panels on the second koro are decorated with grouse on a hillside, a bijin by a lake, bluebirds under blossoming shrubs, and two bijin by a lake.

The first koro is signed to the base Kinkozan and Choraku with a numbered paper label, each panel is then signed by Kinzan, Kinsui, Choraku, and Senzan.

The Second koro is signed Kinkozan to base with a numbered paper label.

Condition – Excellent, though these are likely to be a very close matched pair.

The grouse is a well loved bird in Japan, it is found in Alpine regions and is popular because it is very tame and will allow people to approach it.

The Kinkozan dynasty were by far the biggest producers of export satsuma ware, they were active from 1645-1927 and exported heavily to America. Their factories produced a wide range of products and worked extensively with some of the best artist’s of the day. On of these koro is a collaboration between some of Kinkozan’s best artists, it seems likely the other may have been painted by them as well though it is unsigned. 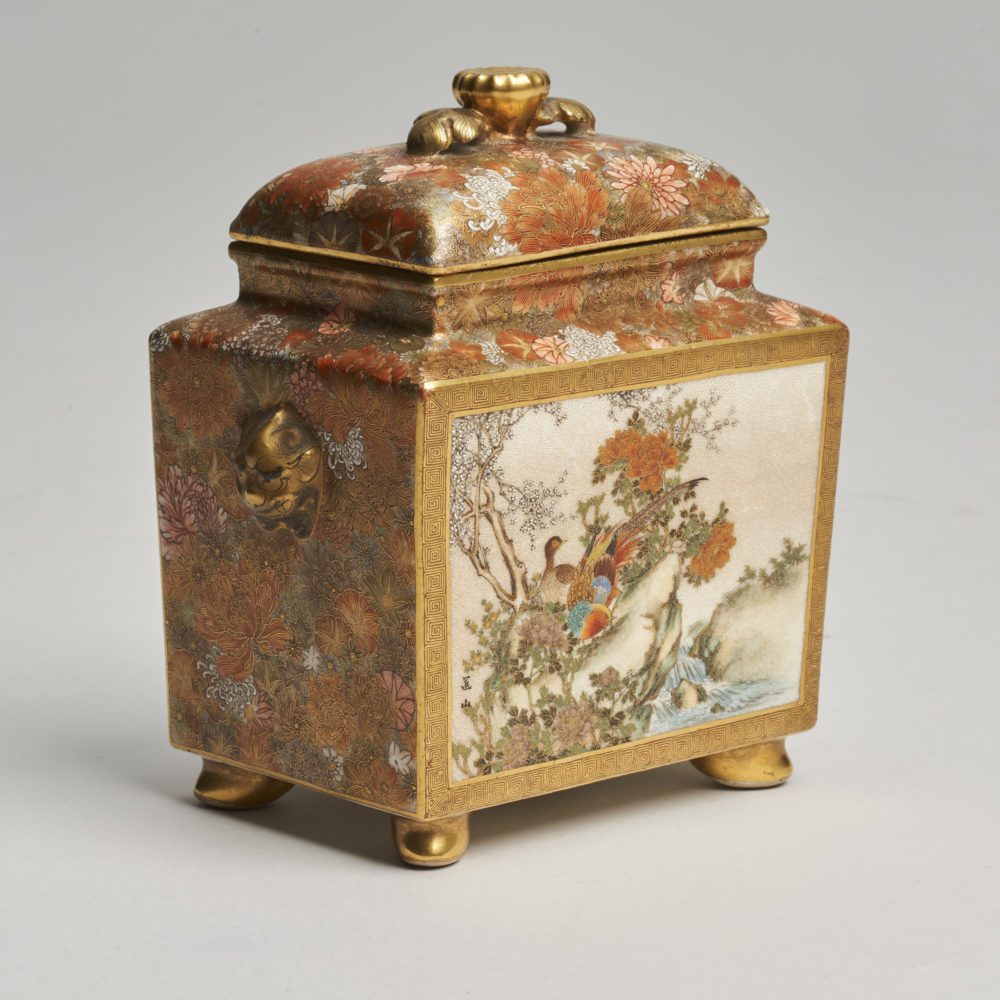 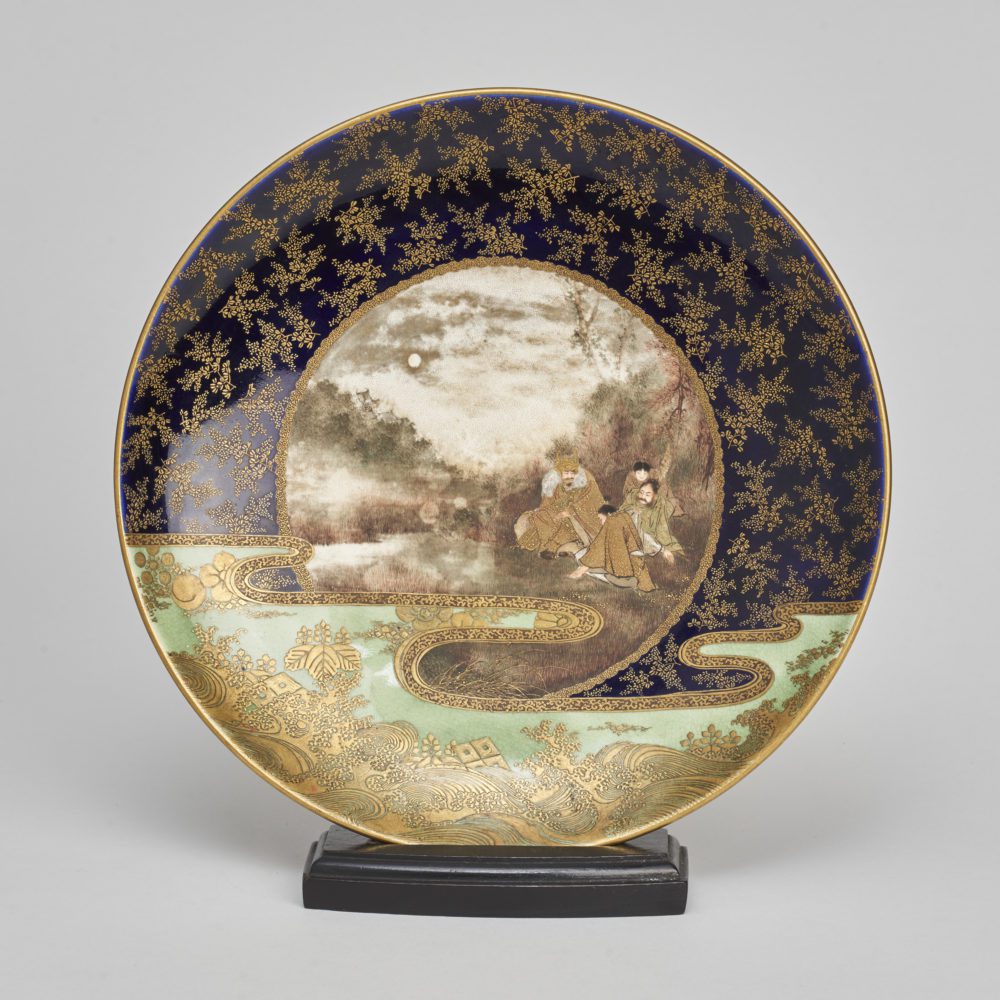