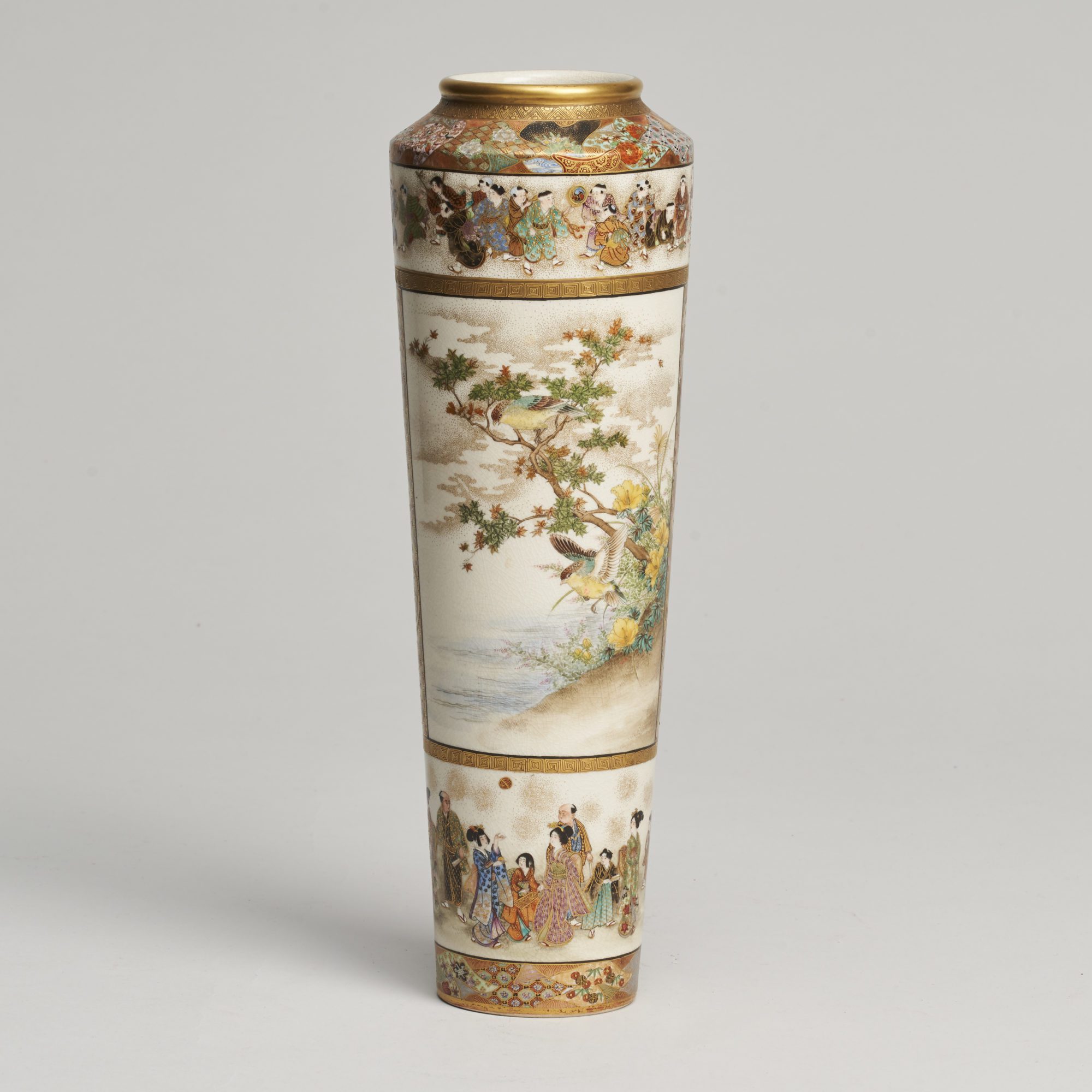 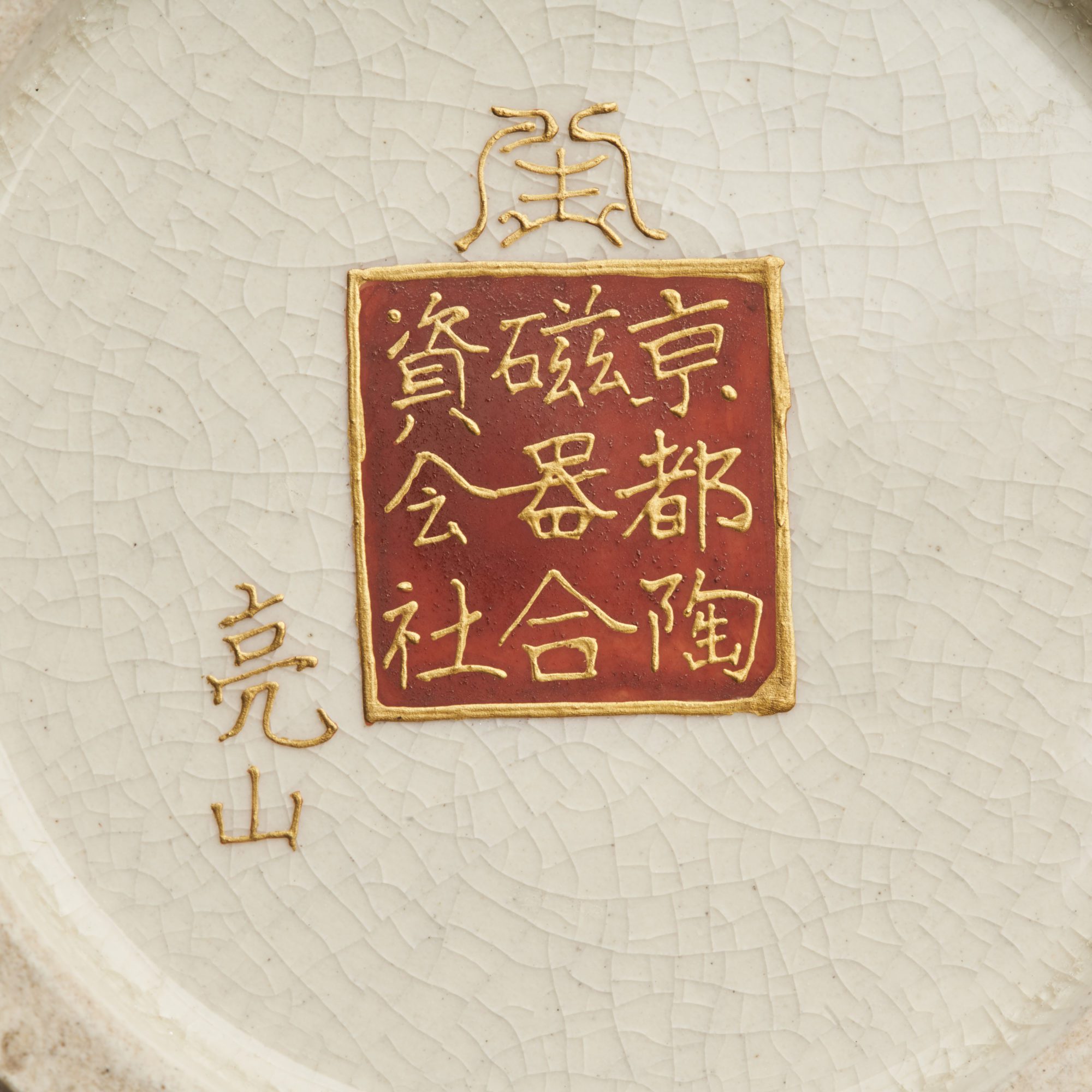 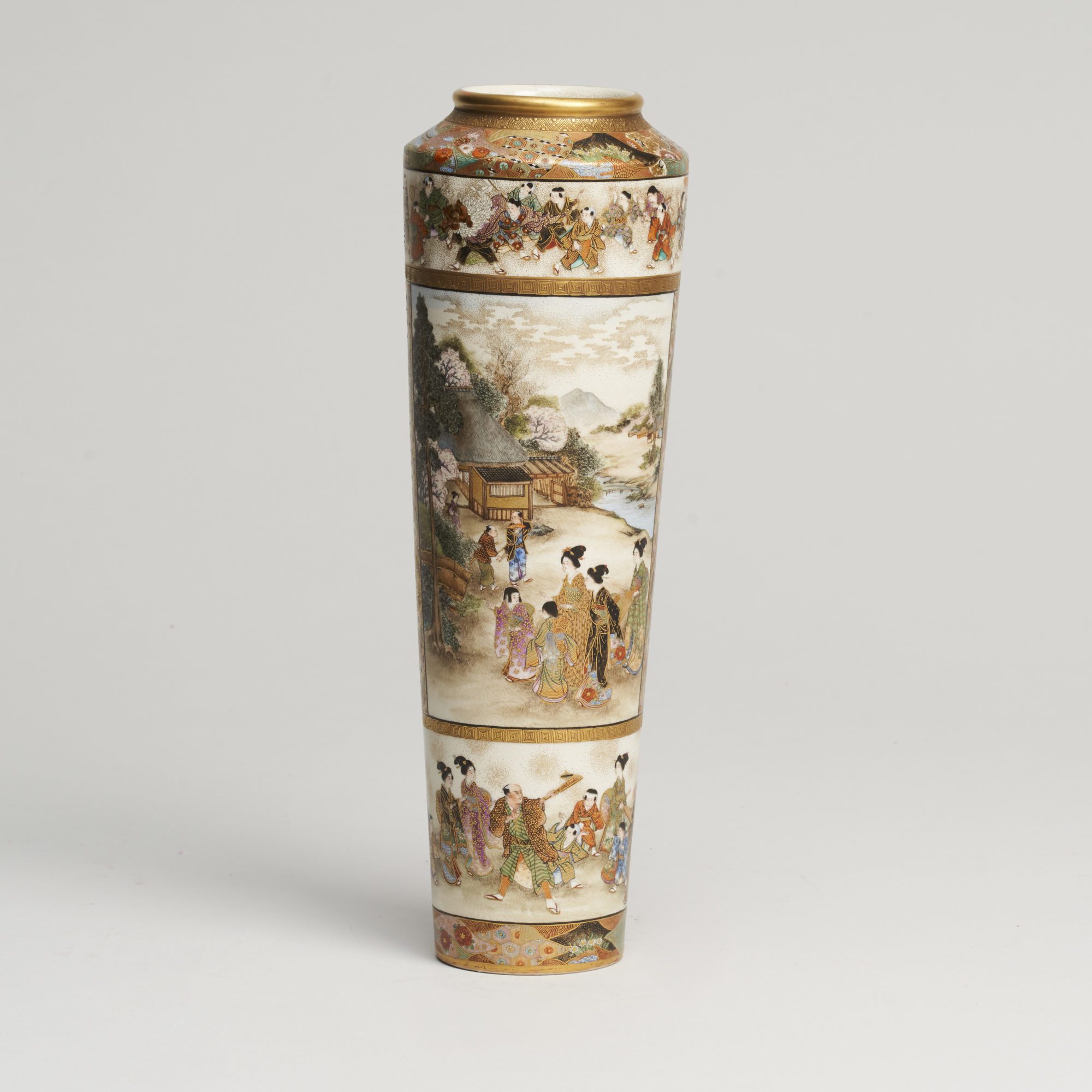 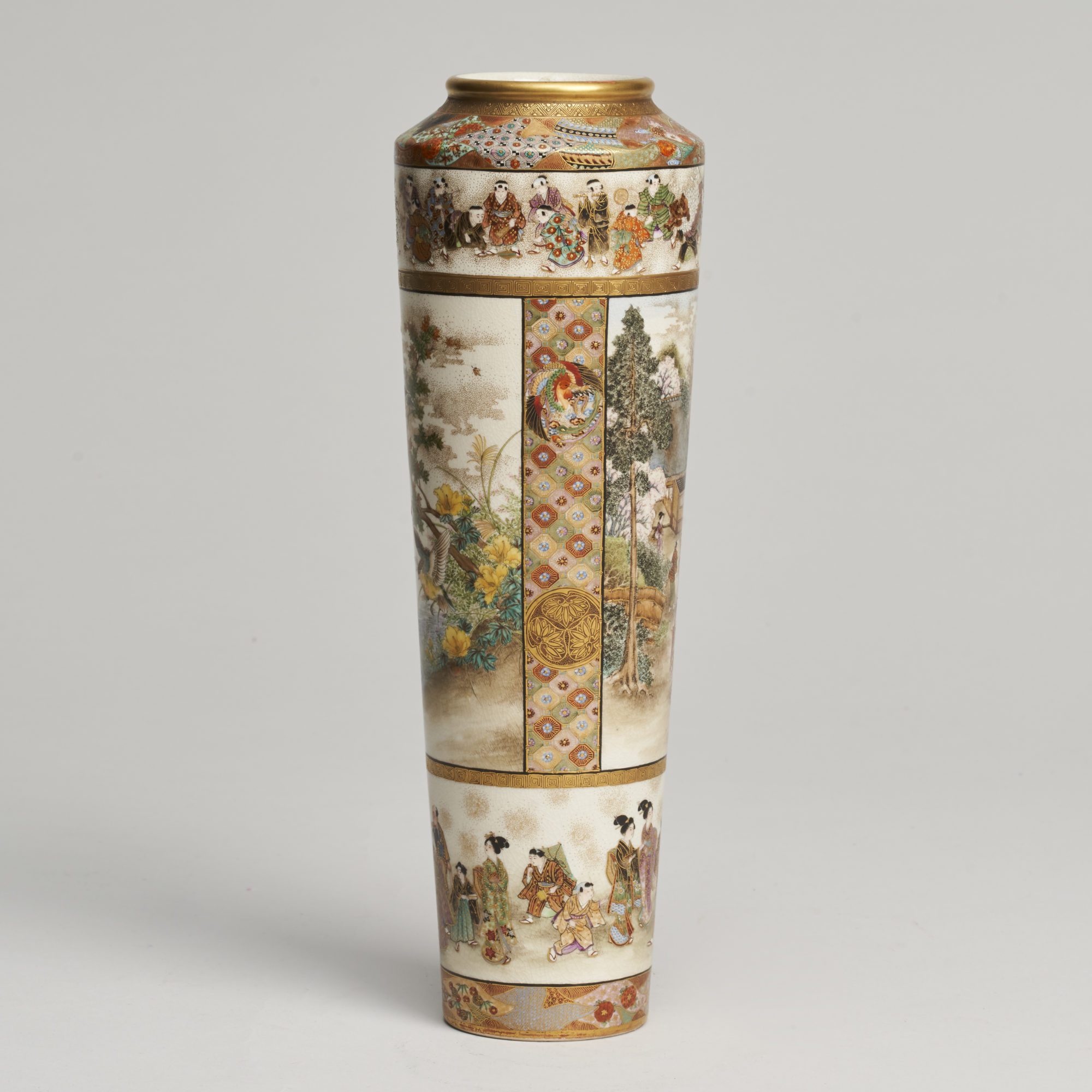 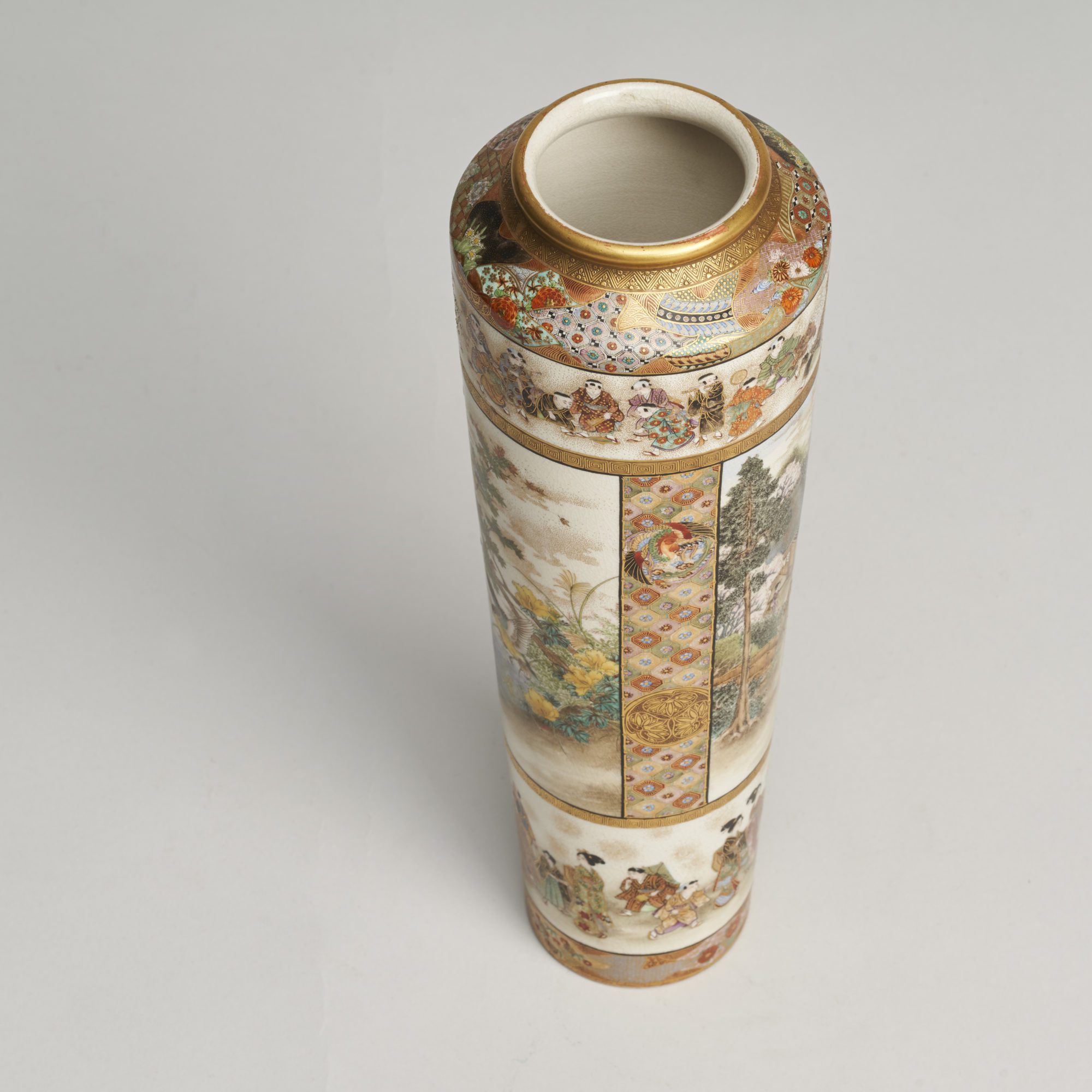 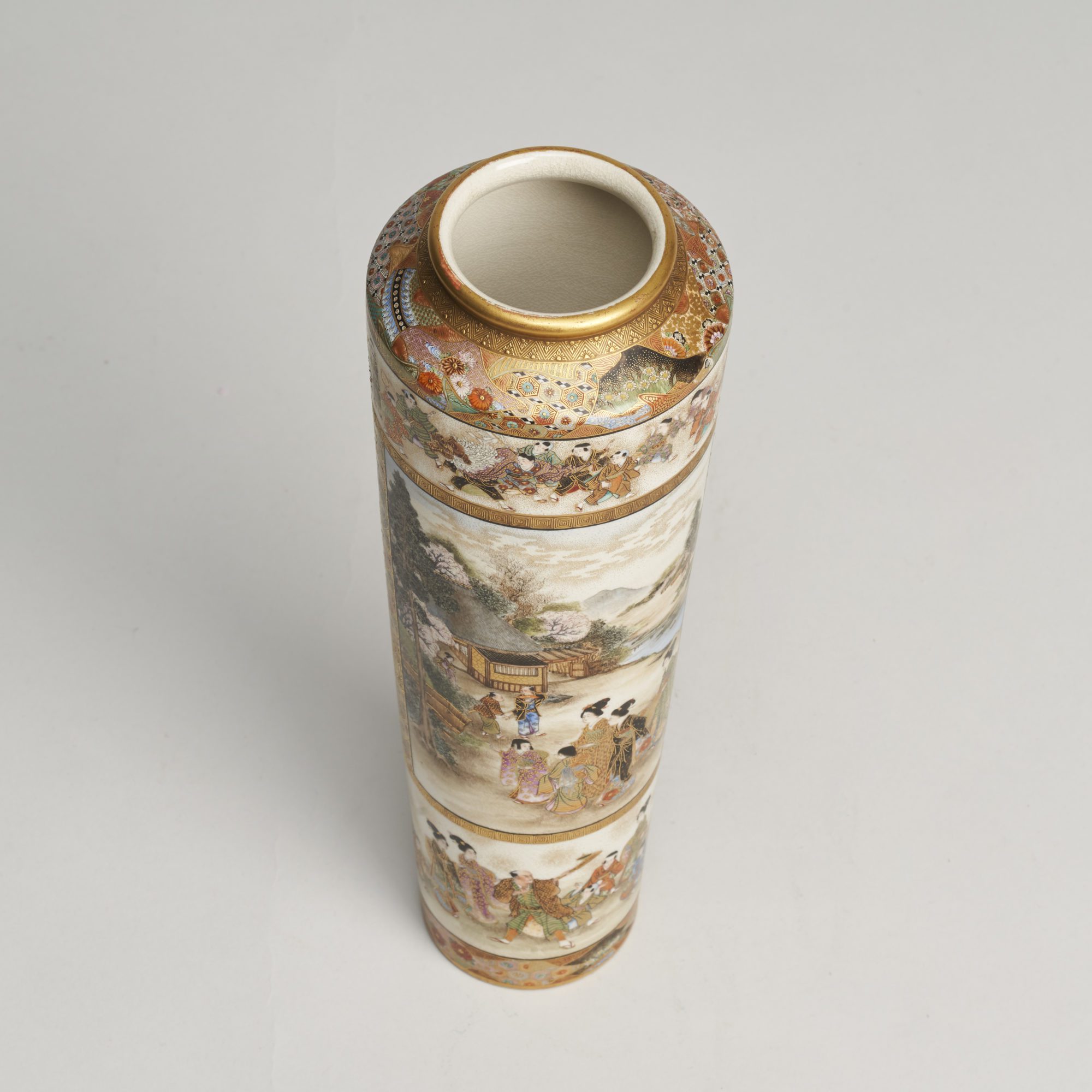 An elegant Japanese Meiji Period (1868-1912) Satsuma vase of elongated form, decorated with two large panels, one of sparrows in an acer tree the other of nobles in luxurious dress on a riverbank, two smaller wrap around scene to the top and bottom depict the boys festival (Tango no Sekku) and wealthy adults and children at play. The panels are framed with complex geometric patterns and phoenix mon.

Signed Ryozan for the Yasuda Company

Ryozan was the head artist at the Yasuda company, he was active during the Meiji period and is regarded as one of the greatest satsuma artists, his work ranges in size and shape but always has a fine painterly quality to the decoration, faces are rendered with particular skill. 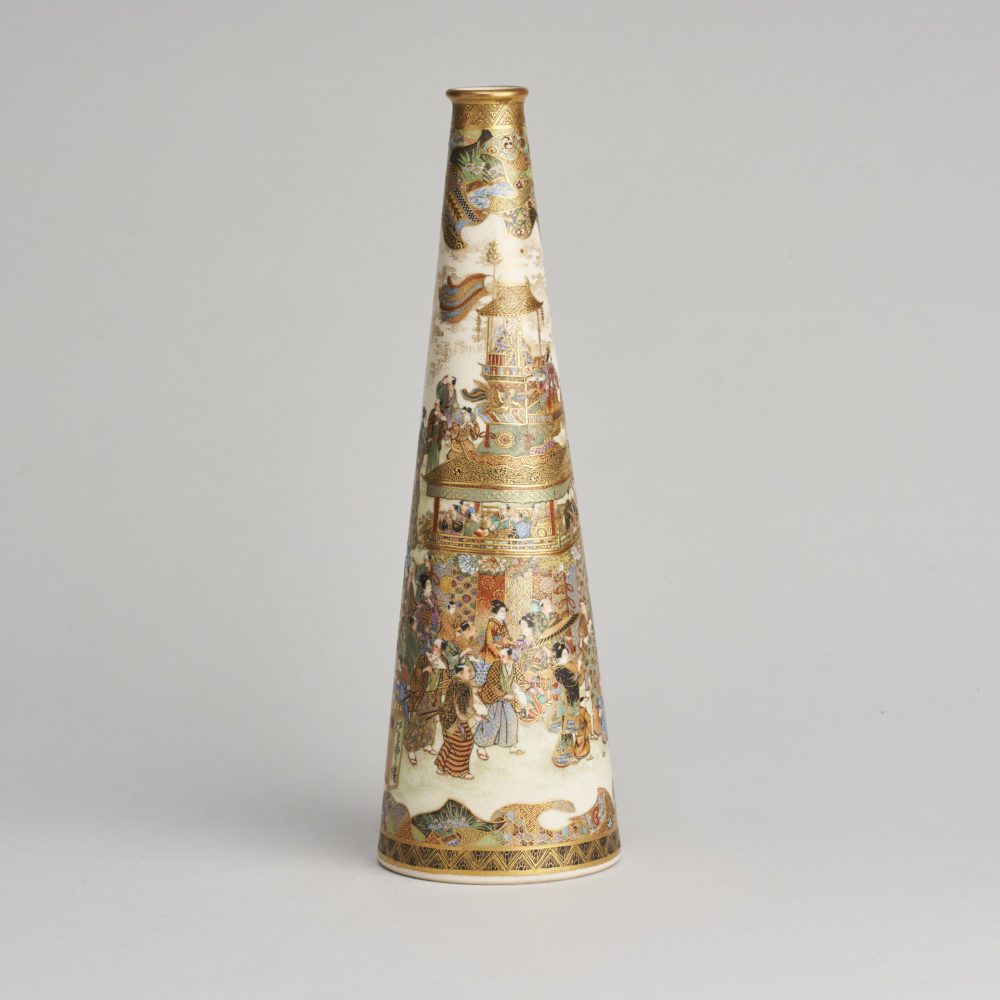