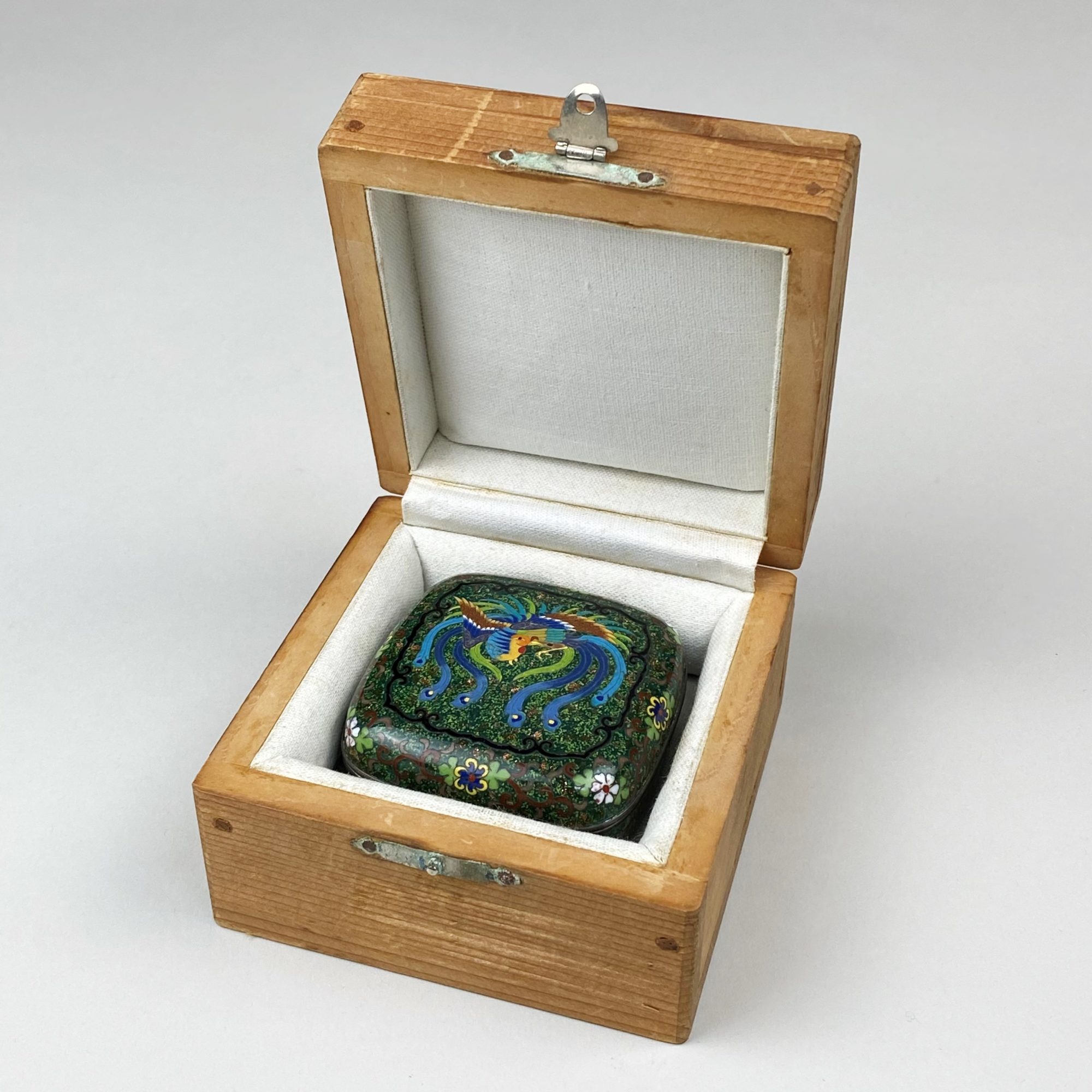 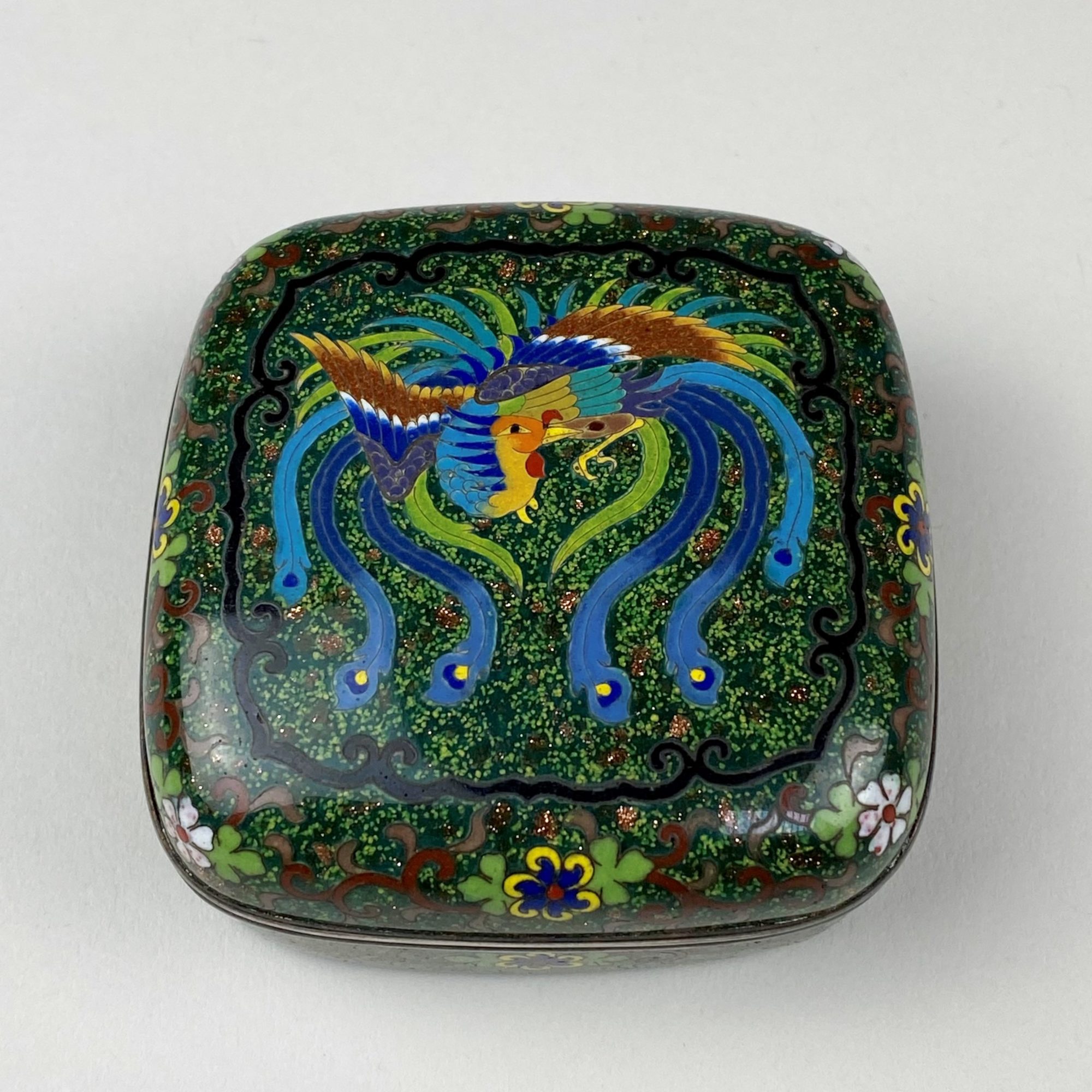 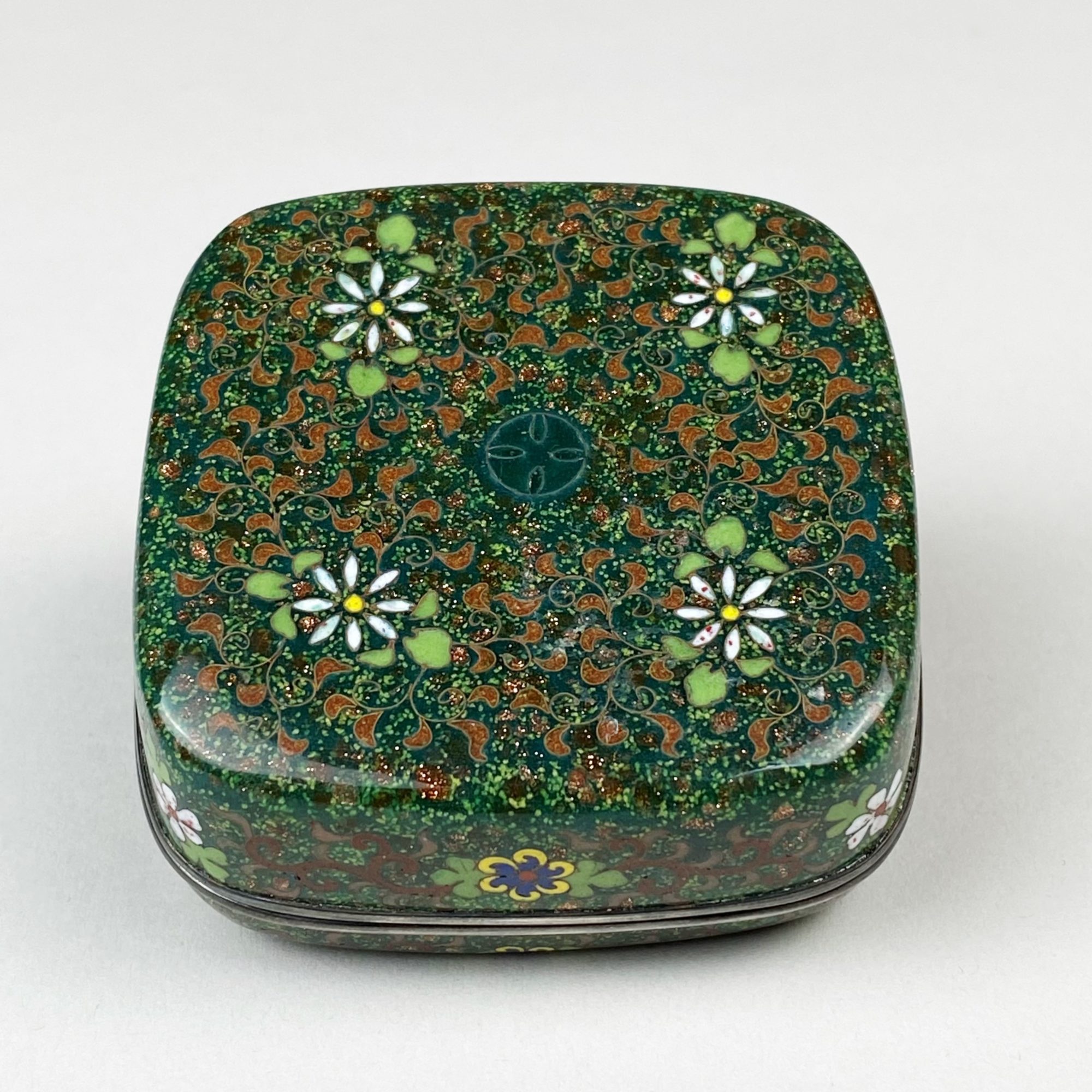 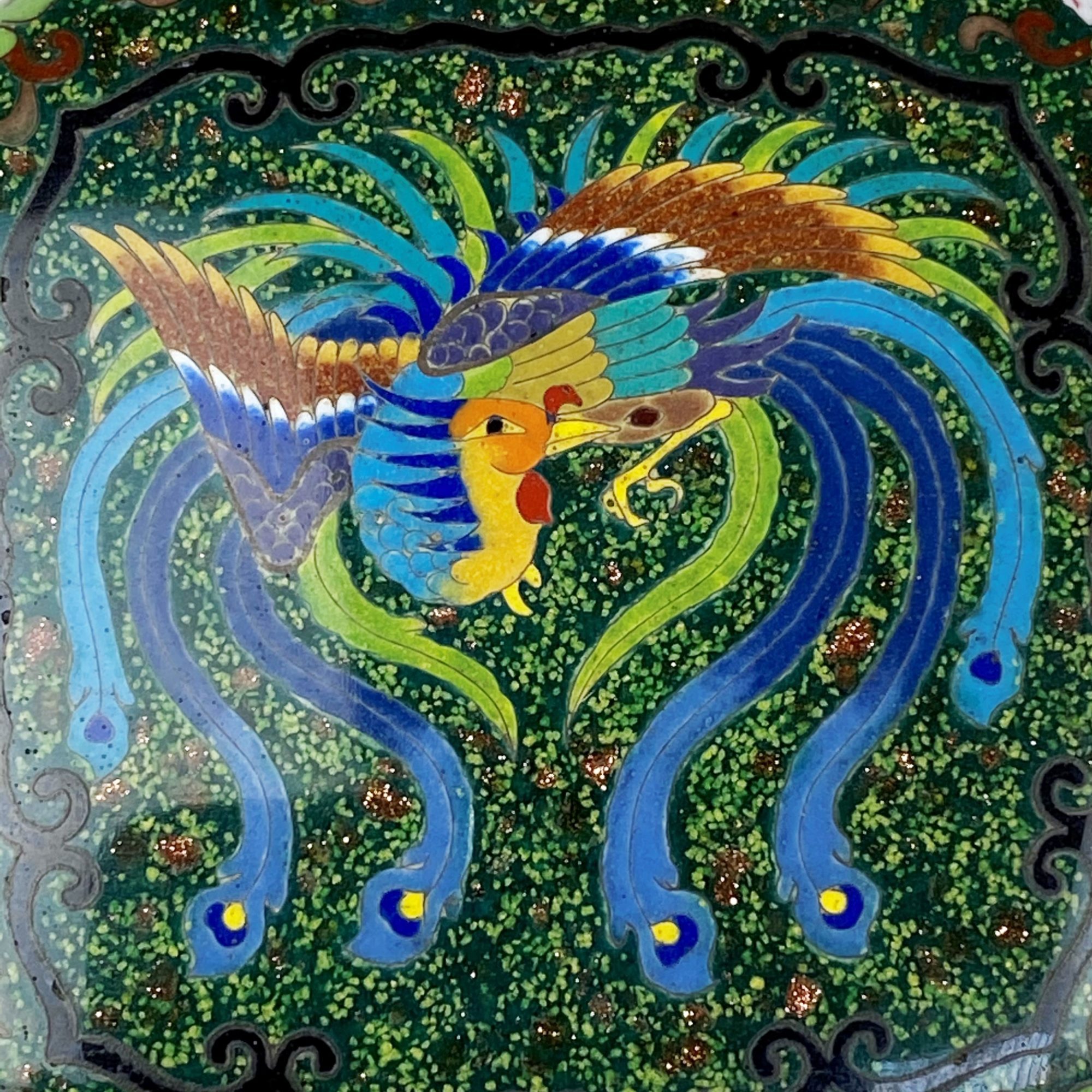 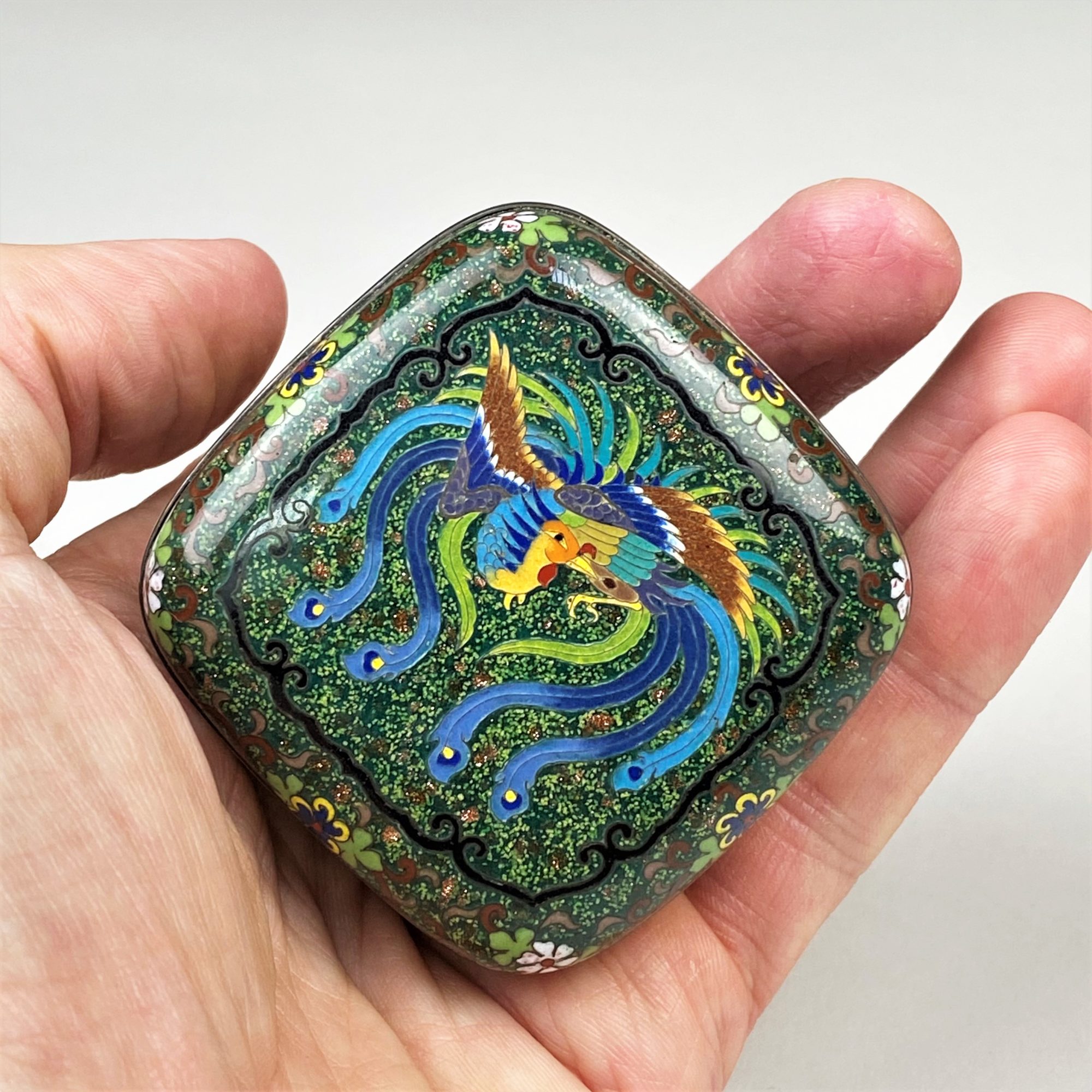 In its original wood presentation box and with its sales ticket, this charming Cloisonne box (Kogo) is a highly collectable, decorative piece.

The cover depicts a Ho Ho bird (Phoenix) with blue, gold and green plumage on display. It is on a vivid green ground with a border of yellow, blue and white flowers.

On the underside, the mark of Ando in the centre and again more flowers. The interior of the box a rich dark blue, green colour.

The condition is very good. 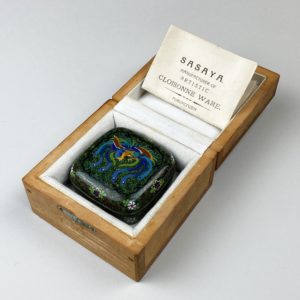 The original sales ticket including detailed information on how the piece was made: 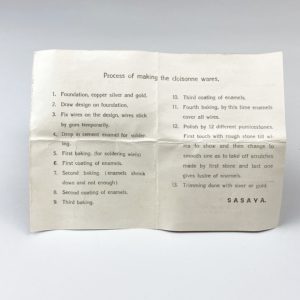 A kogo is a small Japanese box which can be made of bronze, cloisonné, lacquer or wood, it is used to contain incense as part of the tea ceremony. 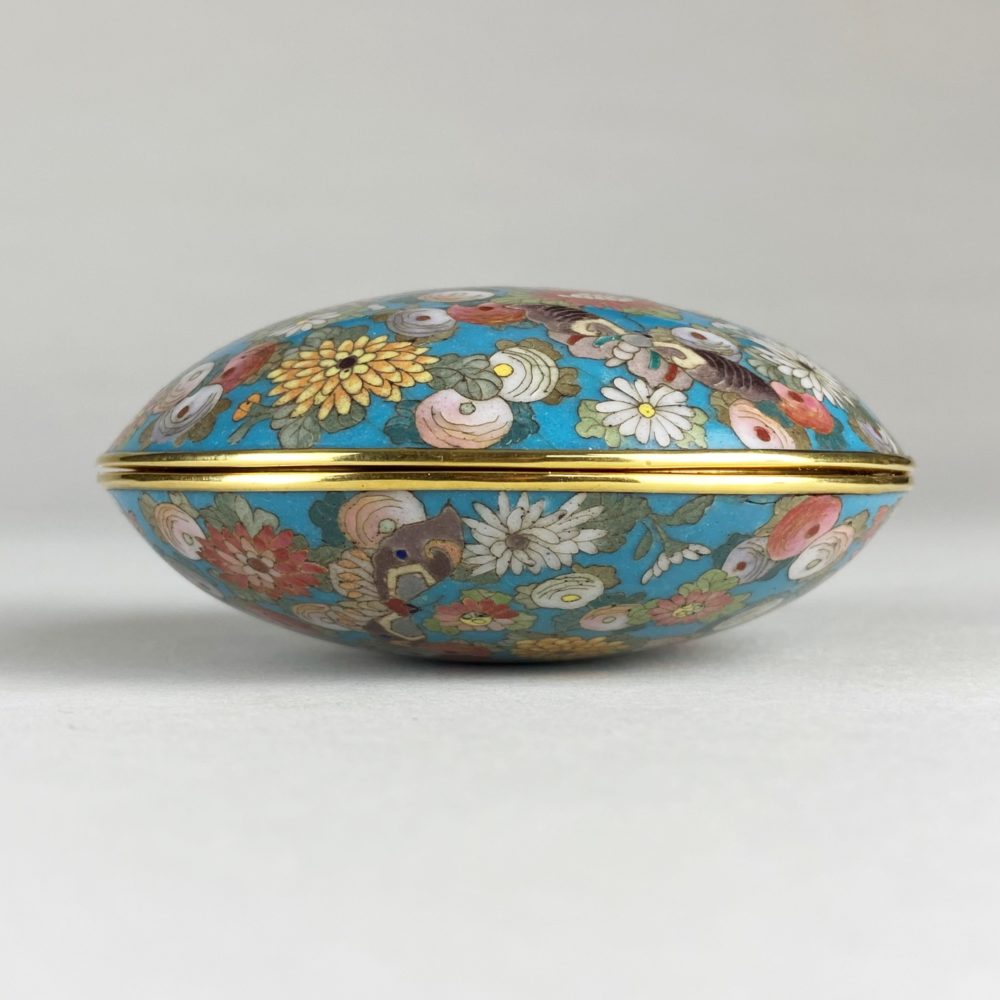 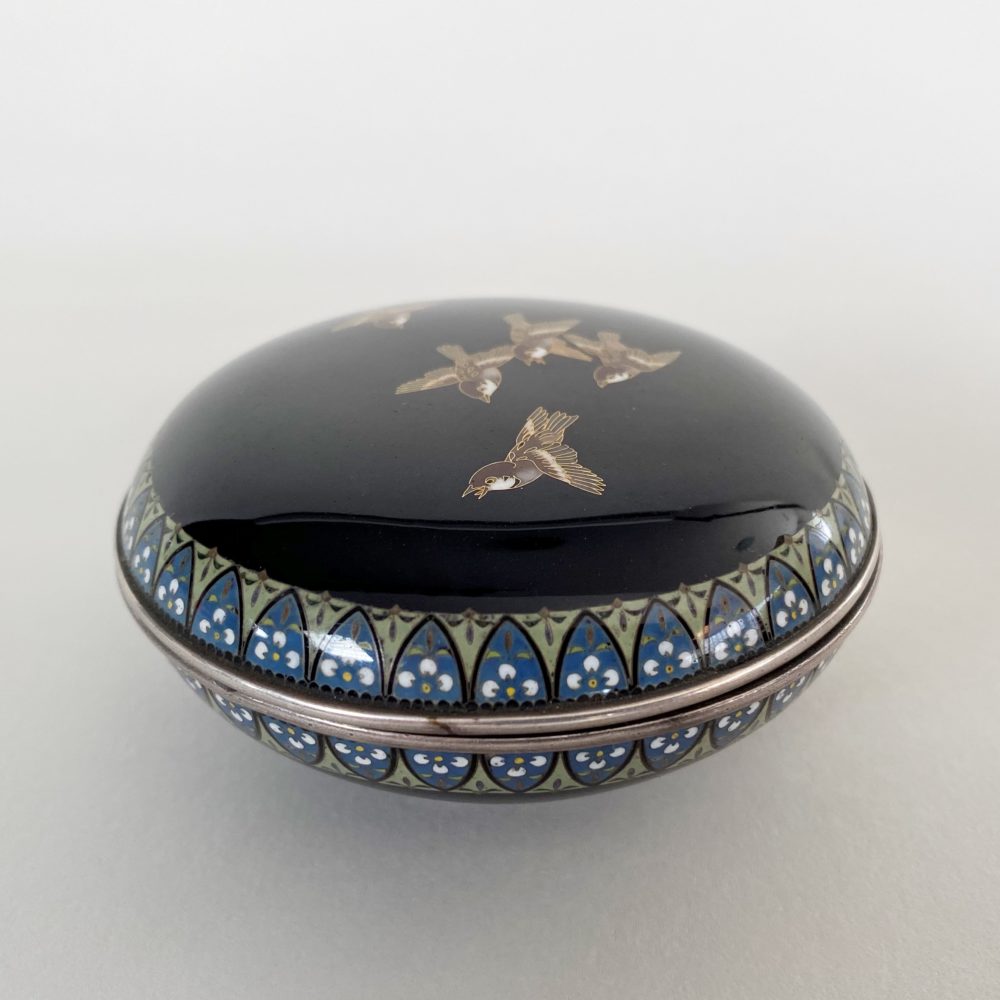