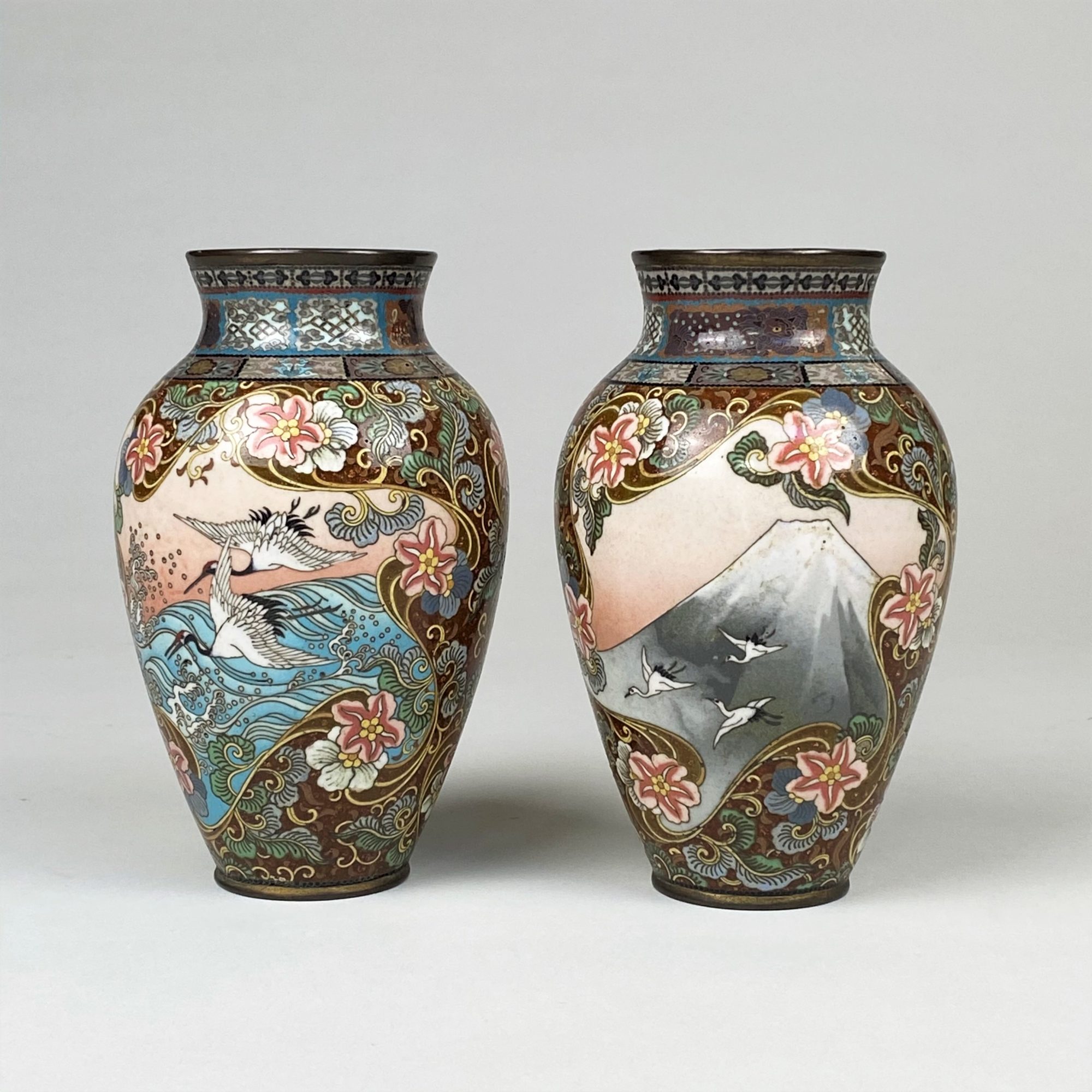 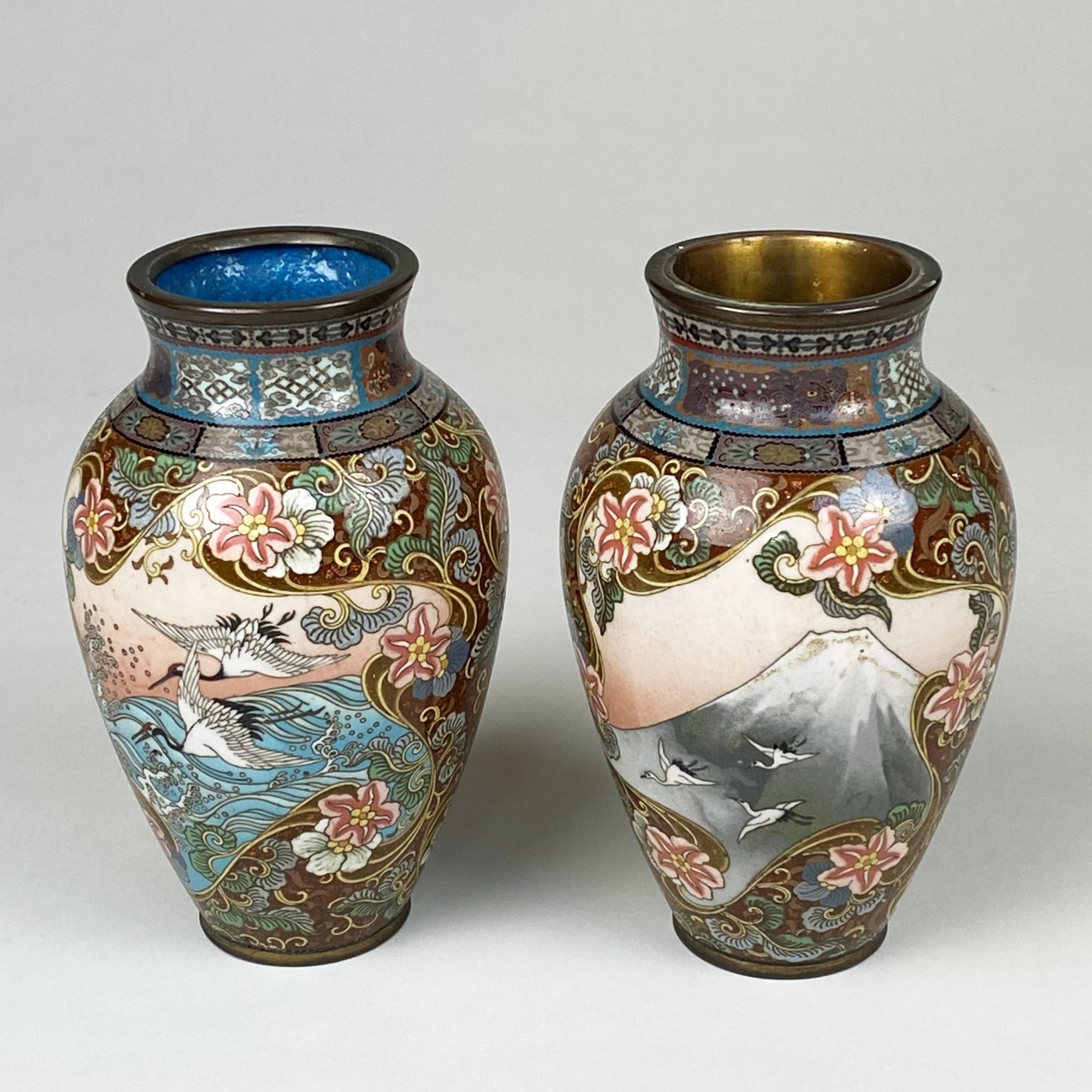 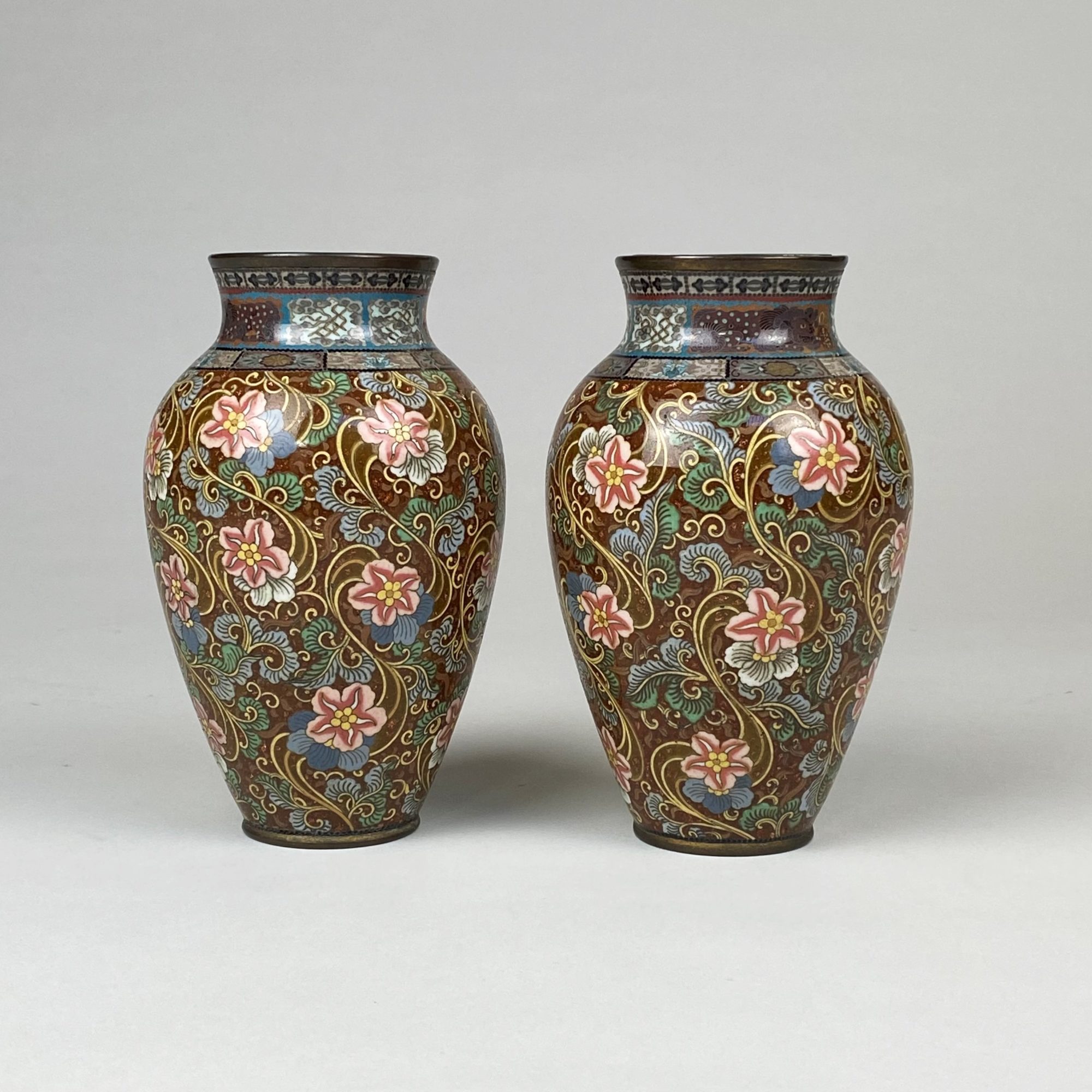 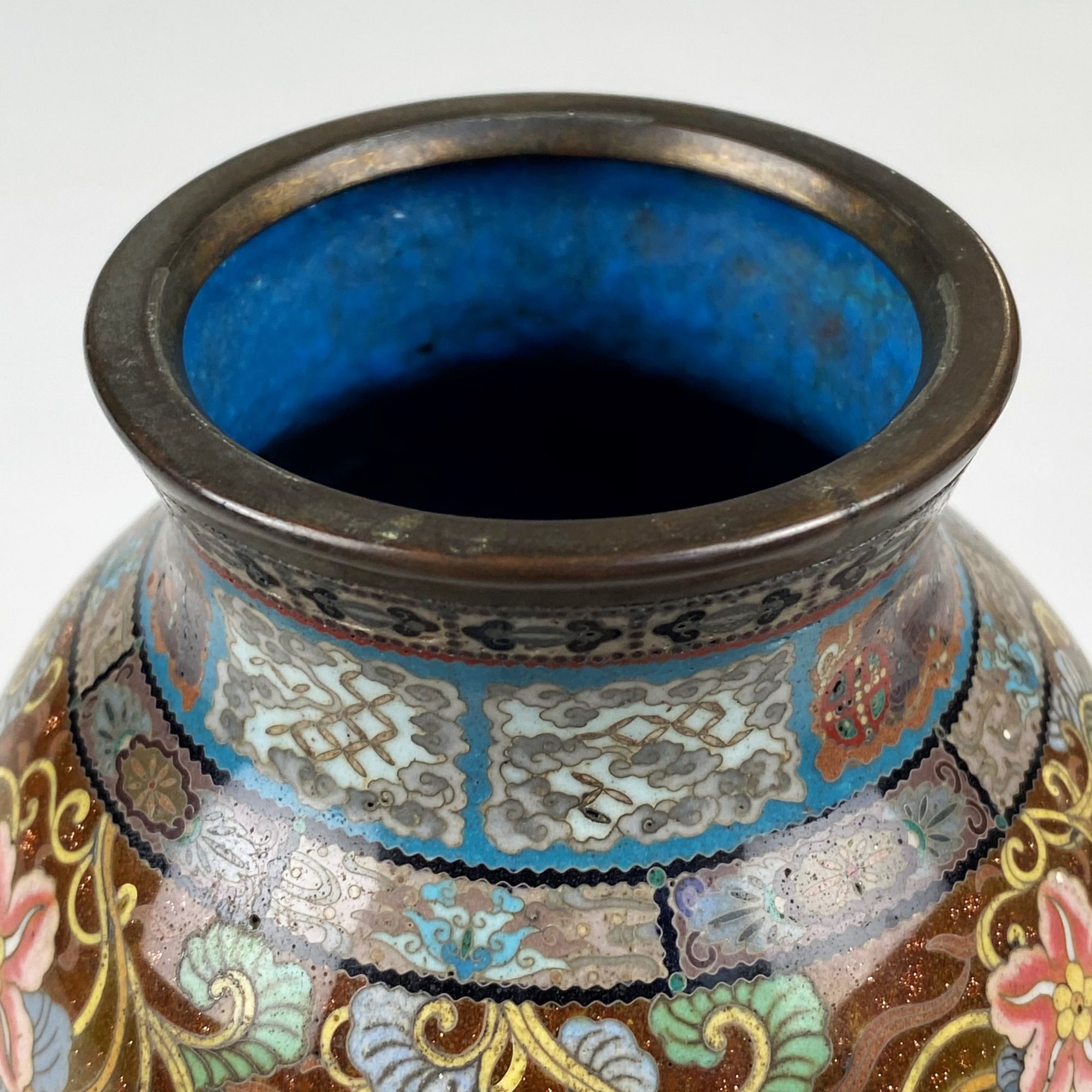 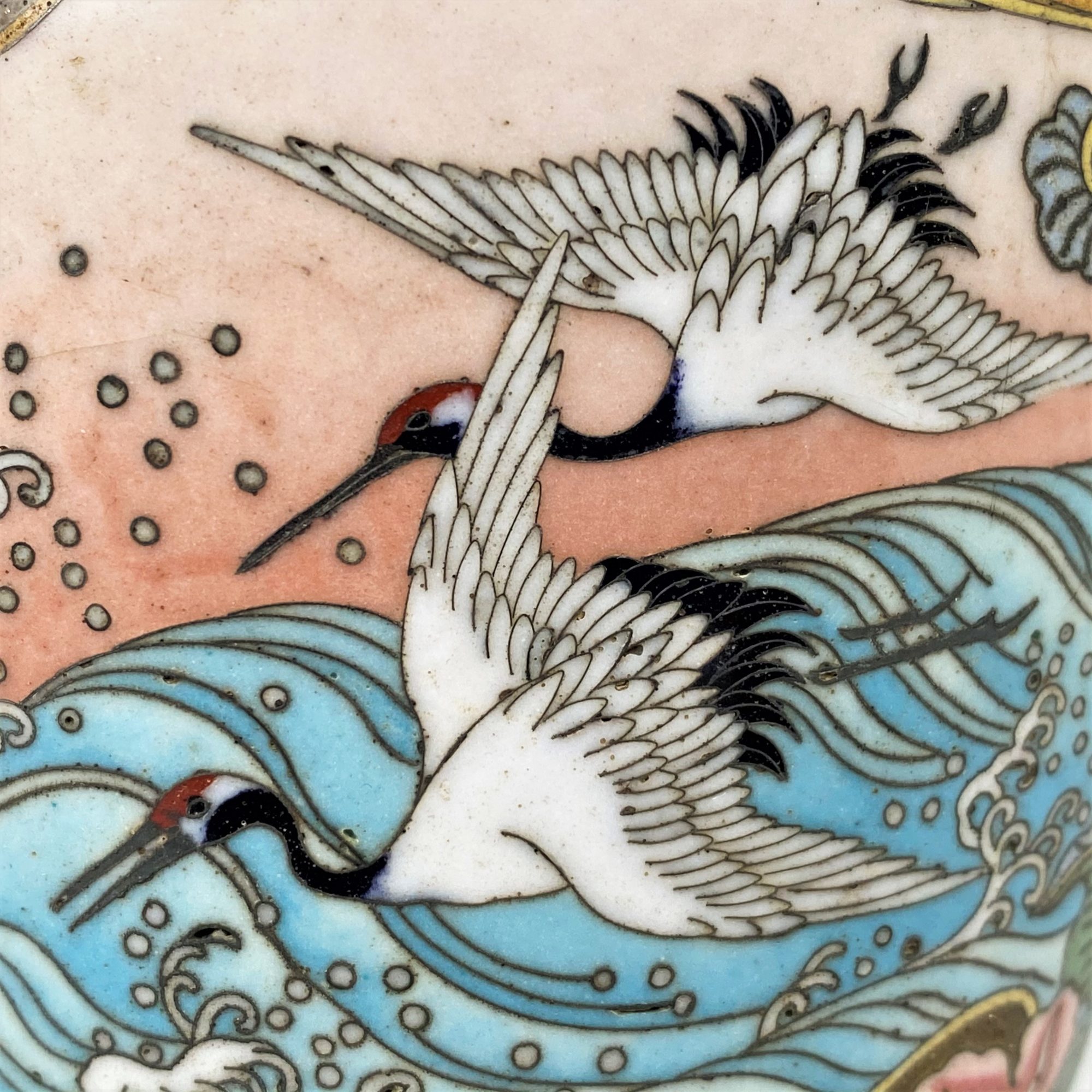 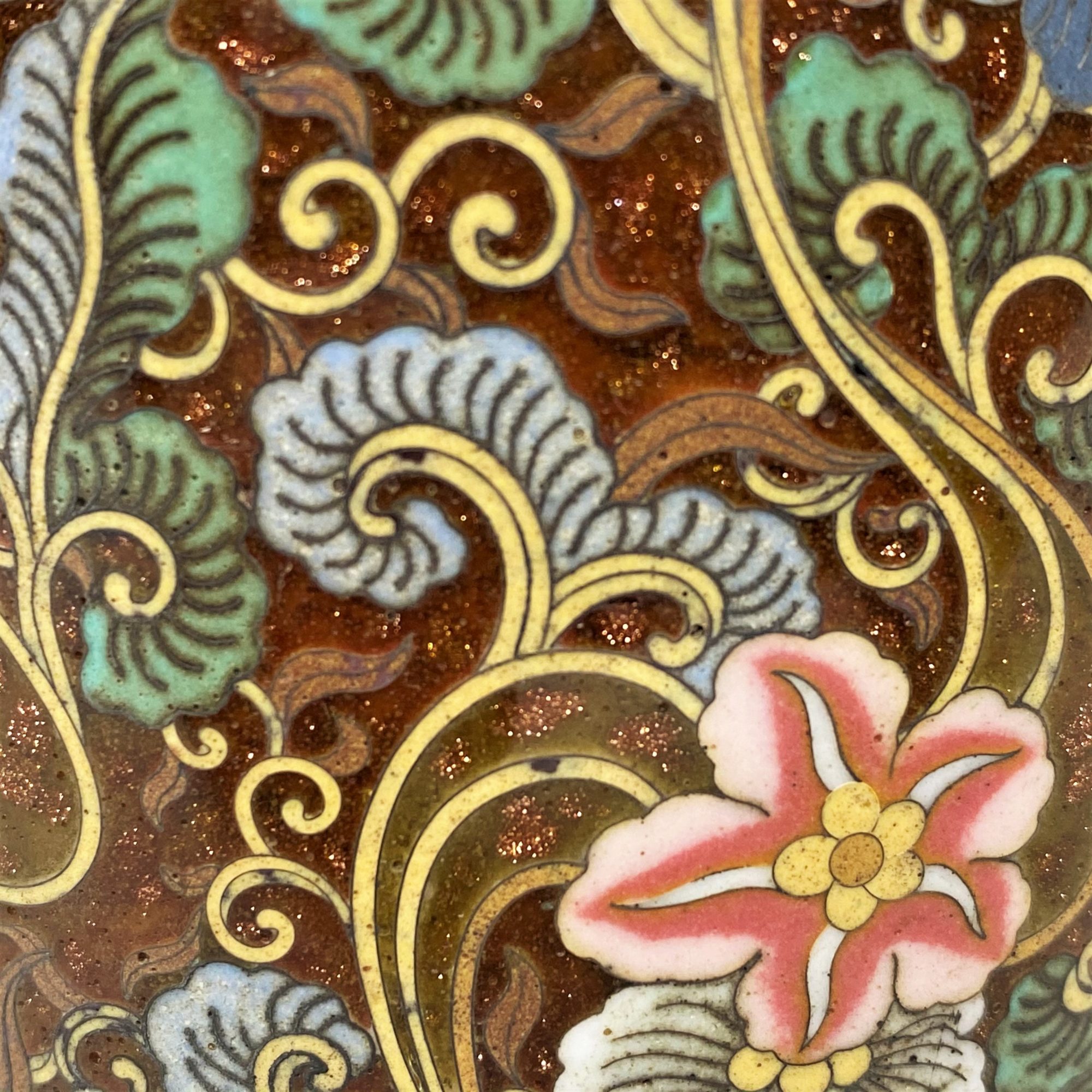 Each vase with a decorative panel. One depicting cranes flying past Mount Fuji and the other with cranes in flight above turbulent waters.

The reverse of each vase decorated with colourful flowers on an adventurine crystal background.

Geometric patterns frame the neck and base and the underside a vibrant turquoise.

Feel free to contact us for additional information. photographs or to arrange an appointment. 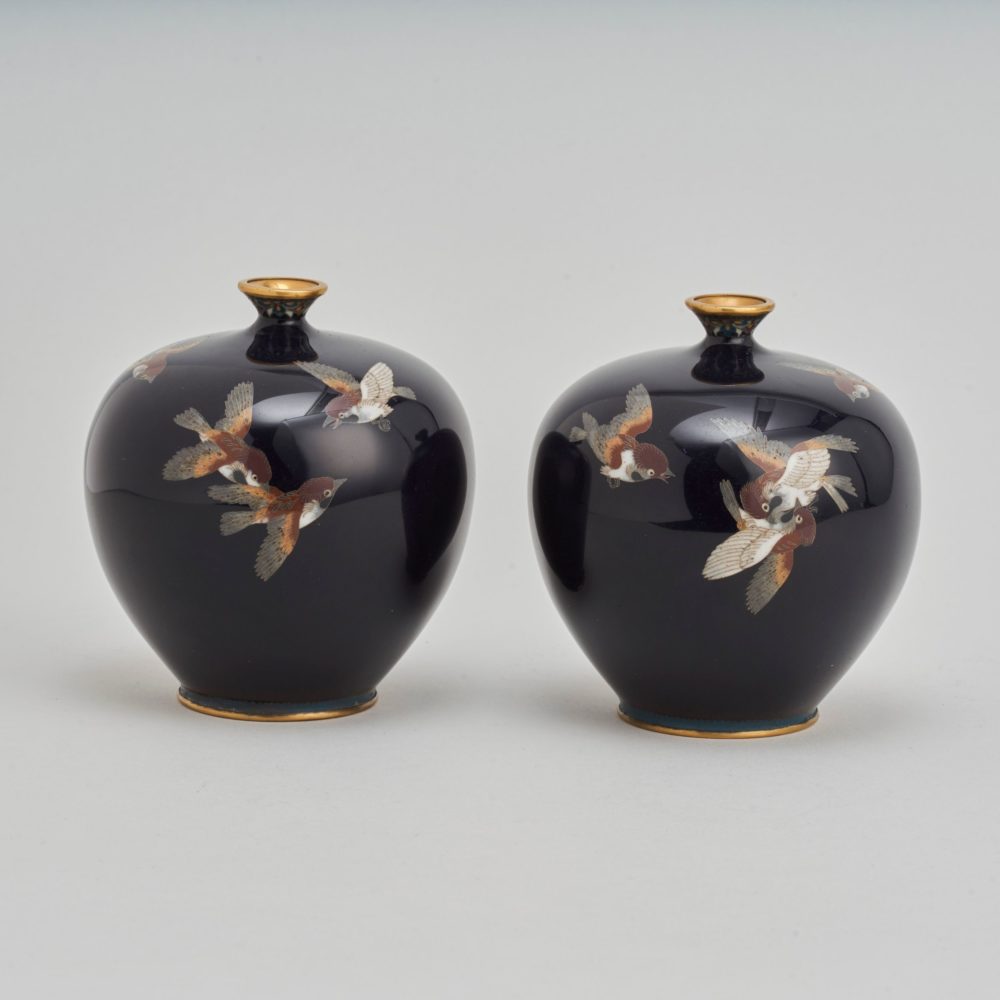 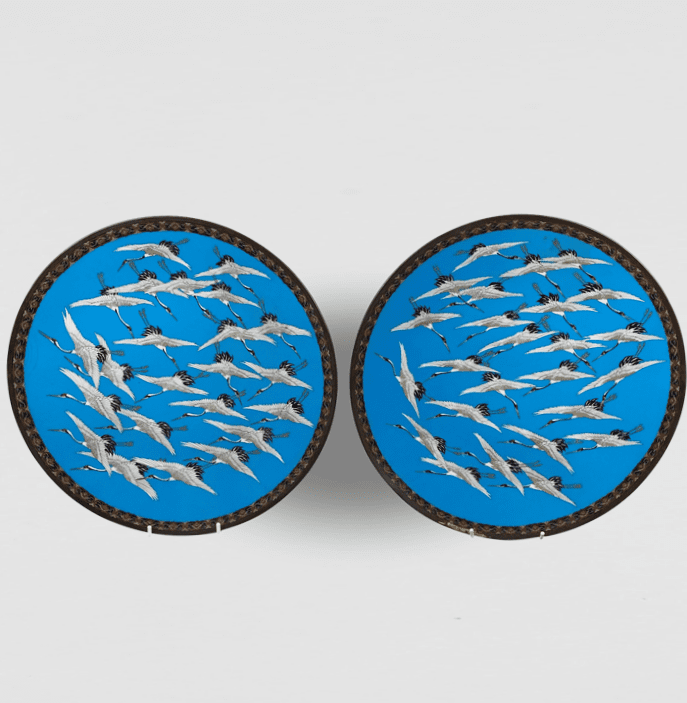