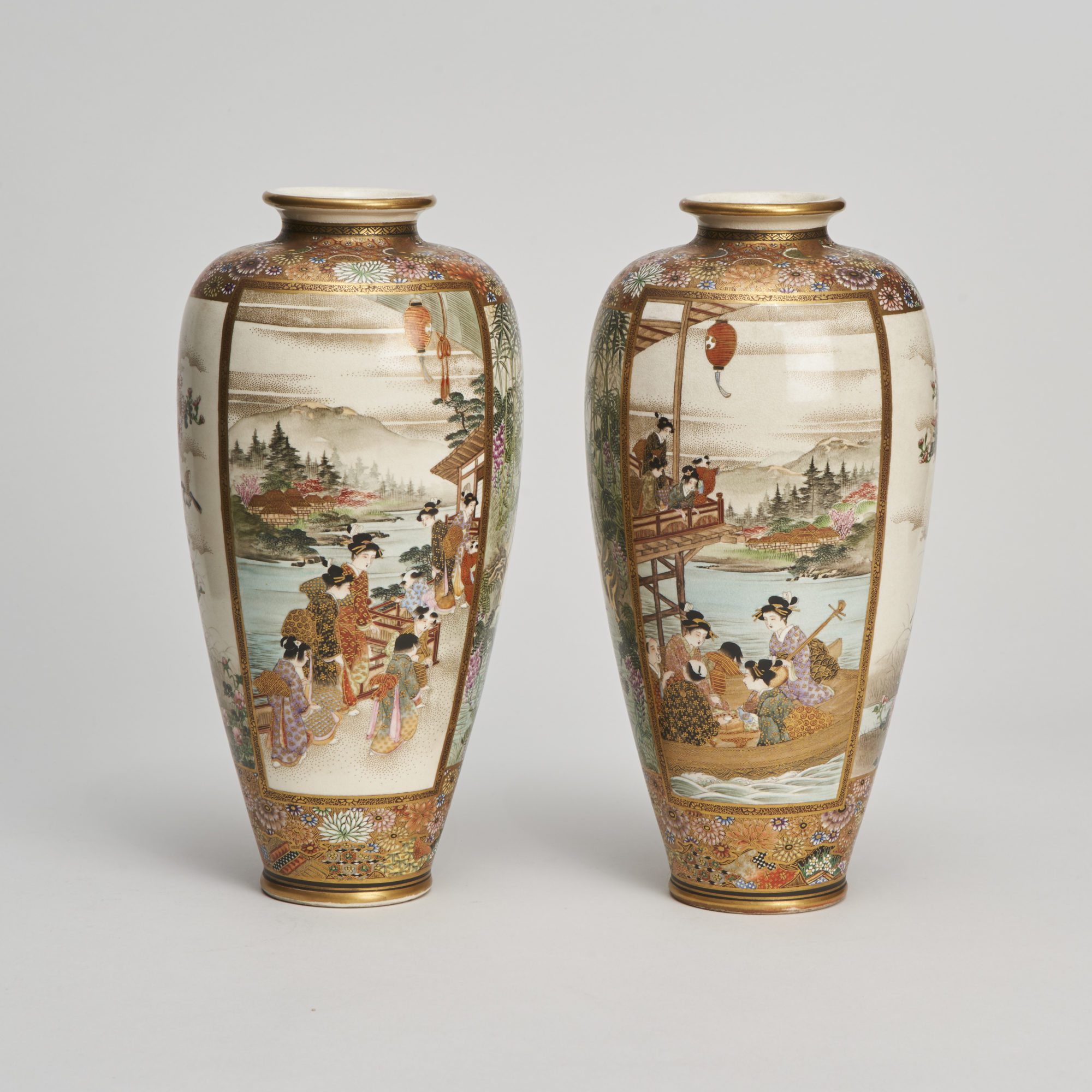 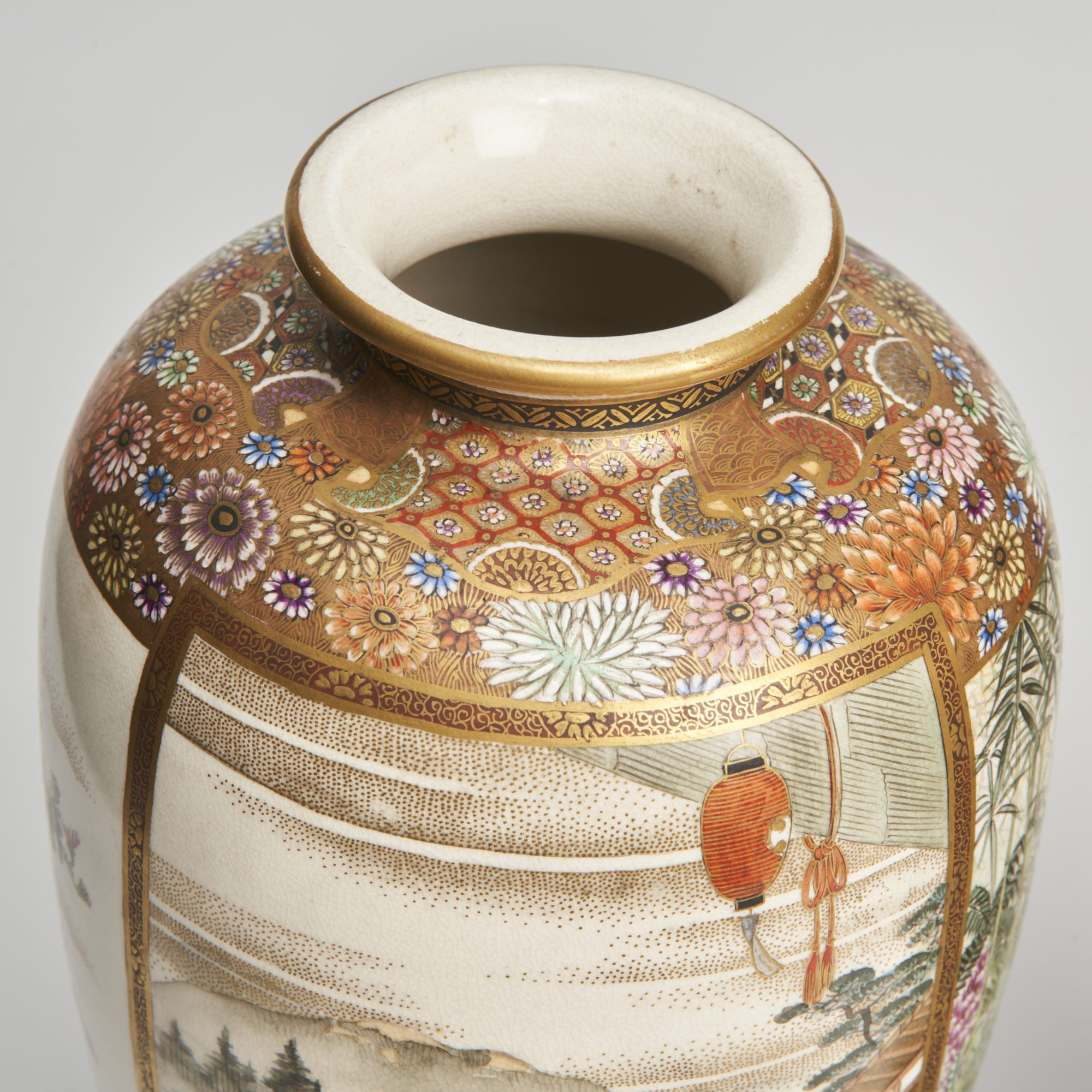 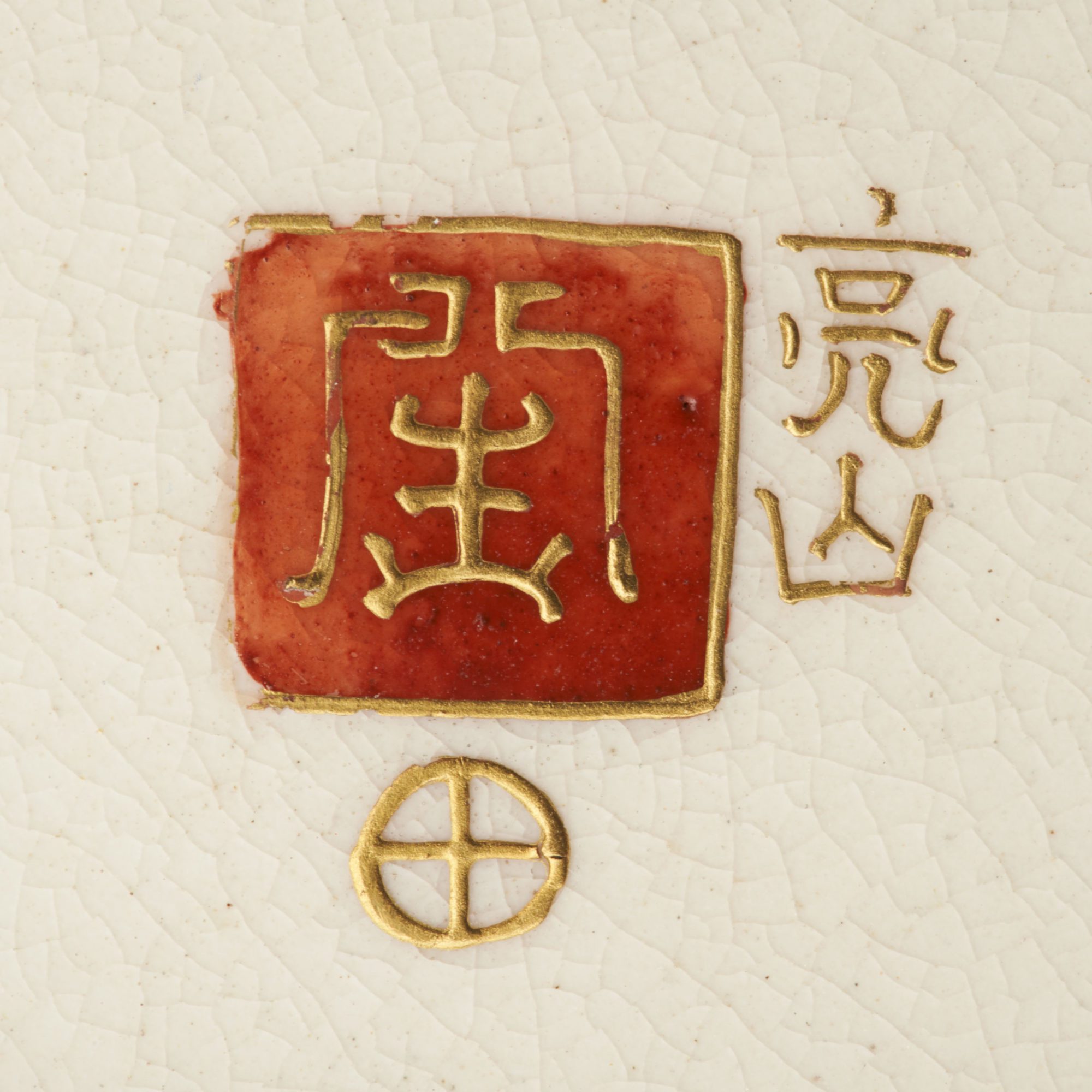 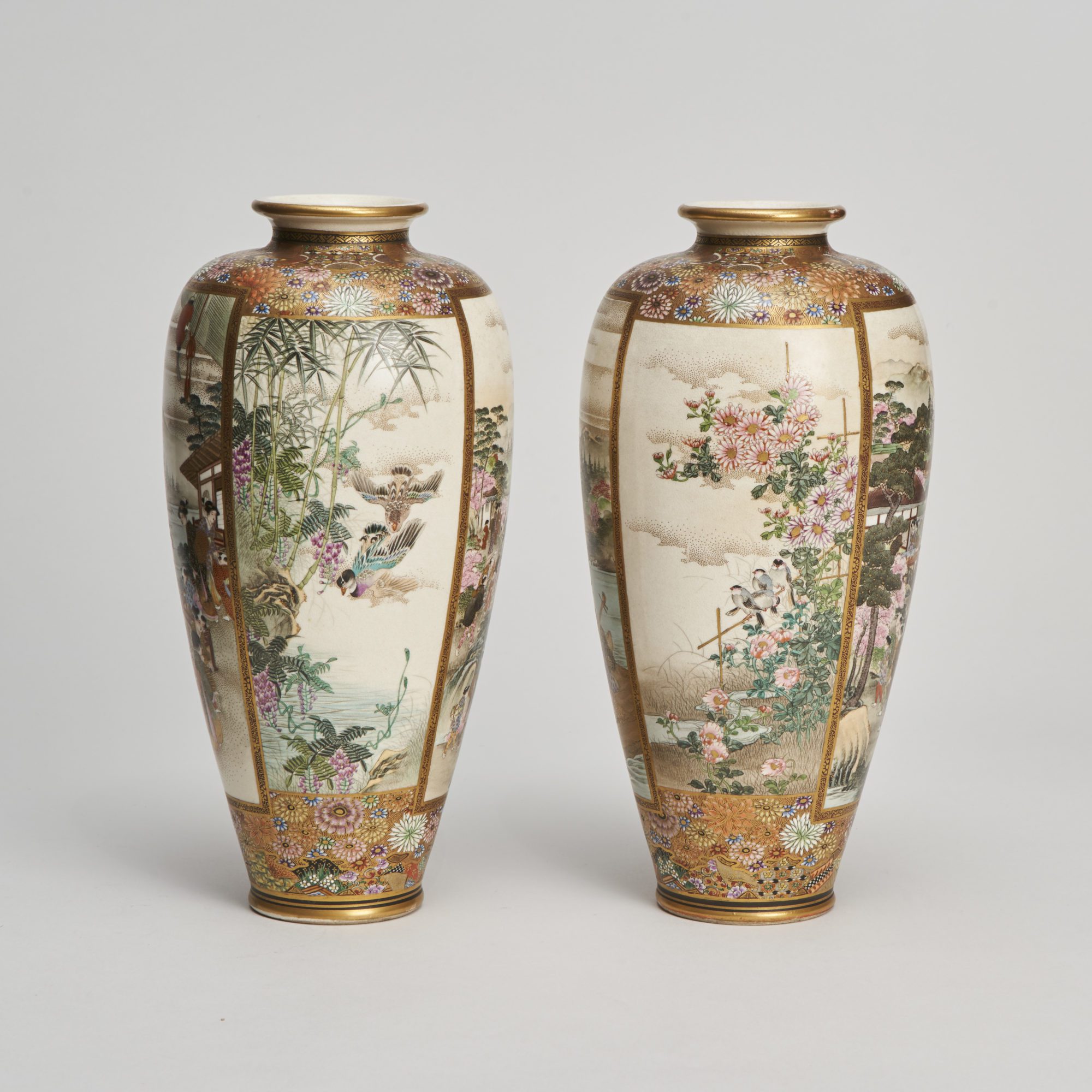 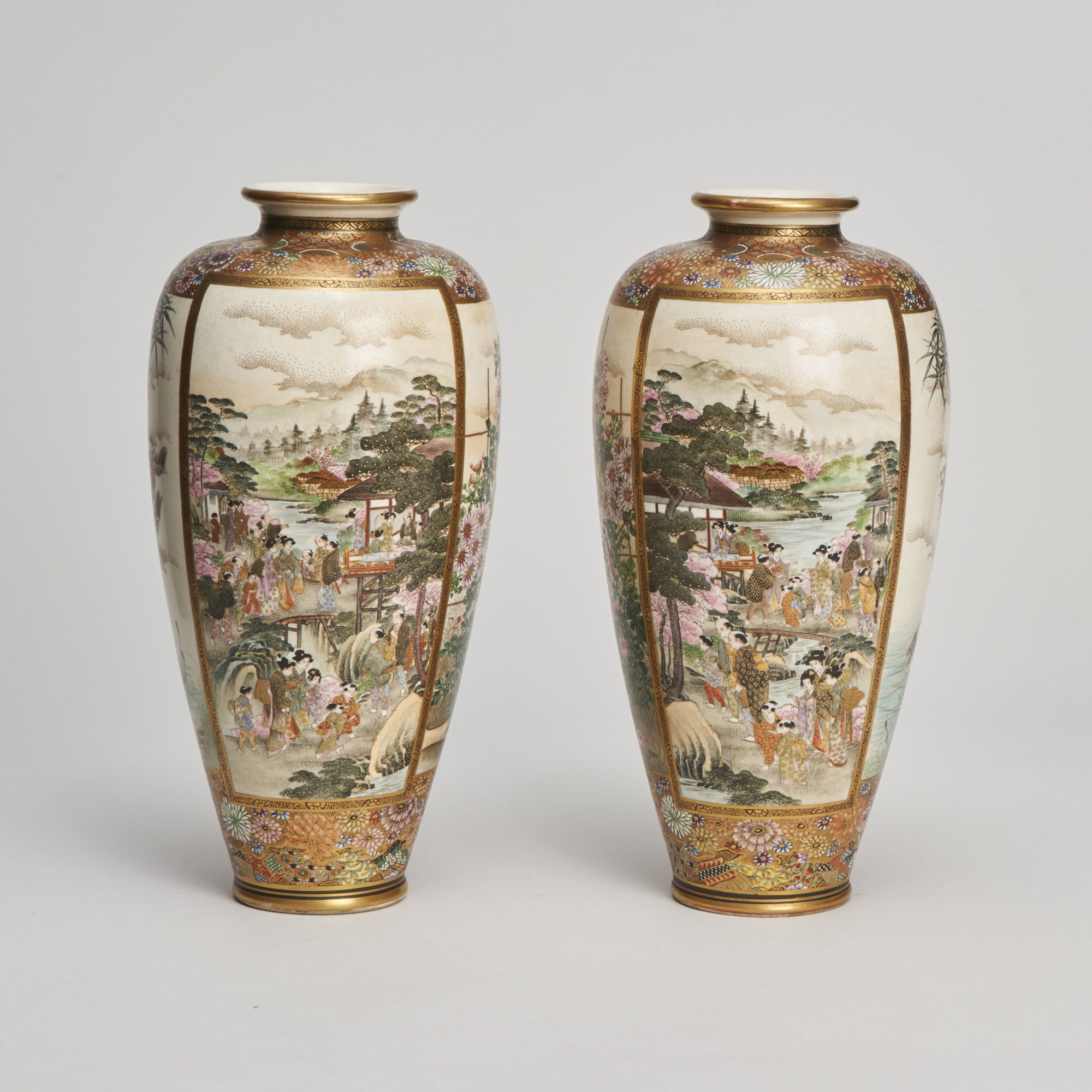 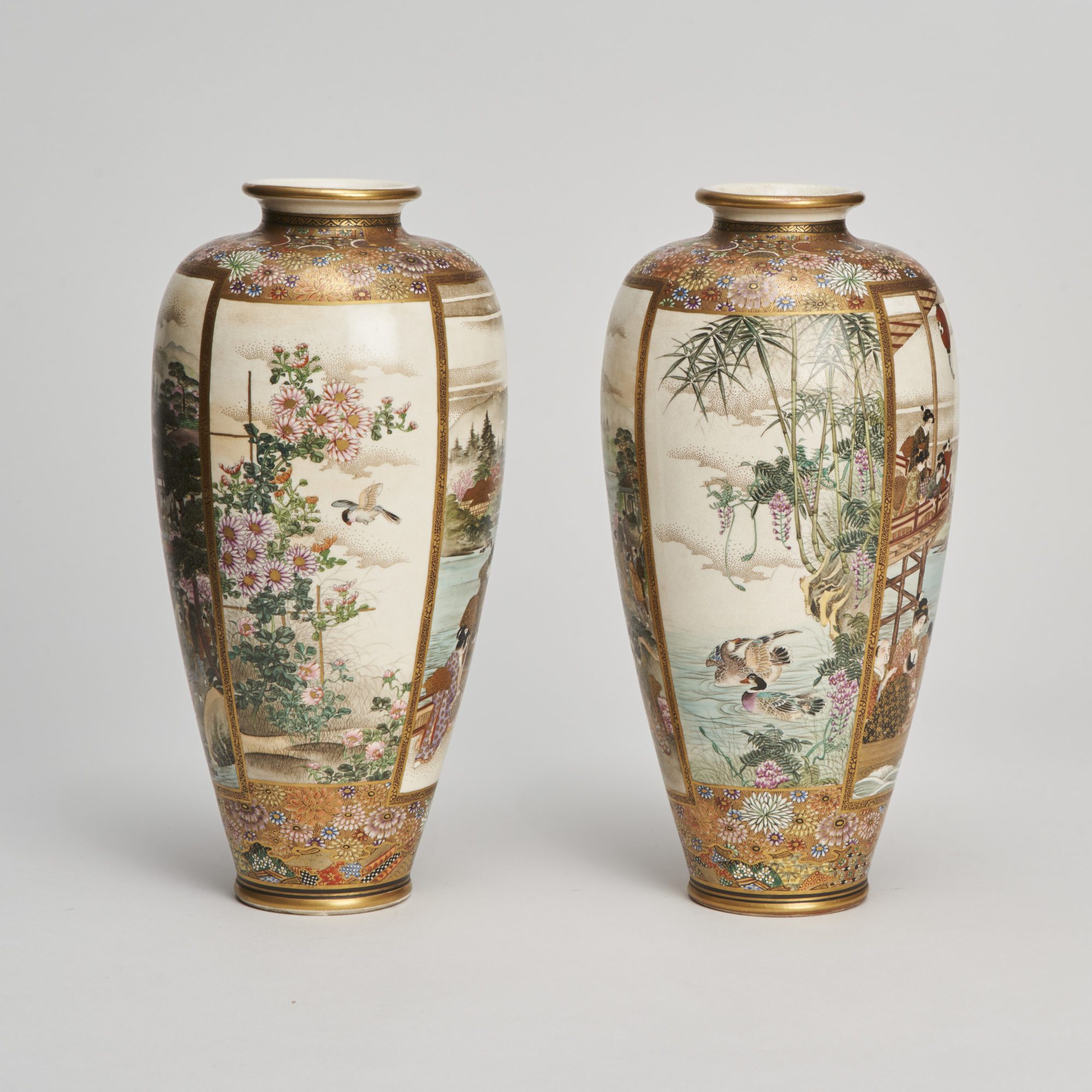 A pair of Japanese Meiji Period (1868-1912) satsuma vases decorated with finely painted scenes of noble men and ladies with their children and panels of ducks and finch-like birds among foliage and flowering shrubs. The top and bottom of the vases decorated with a millefleur design.

Ryozan is one of the most celebrated of the Japanese Satsuma artists he was one of the masters working at the Yasuda factory.