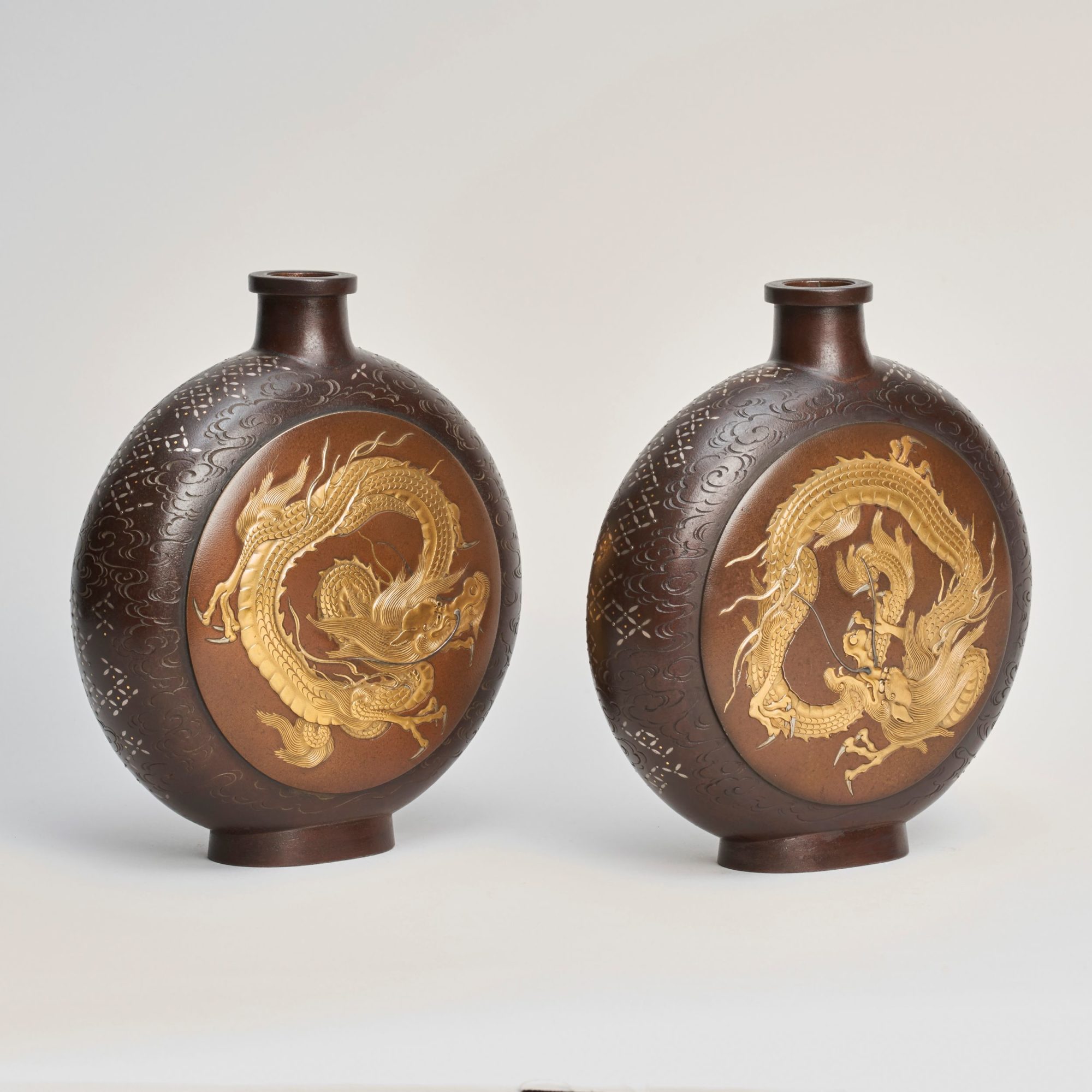 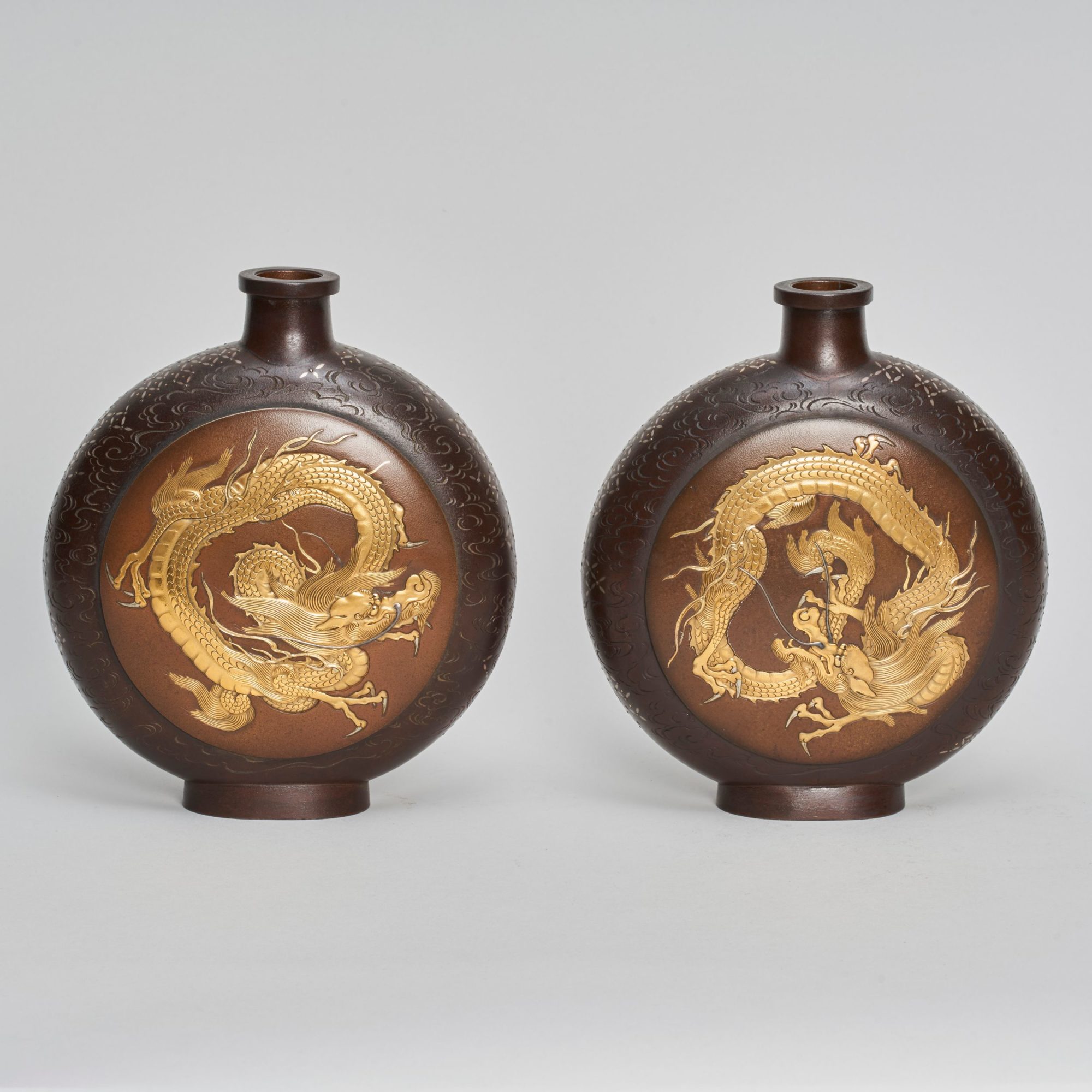 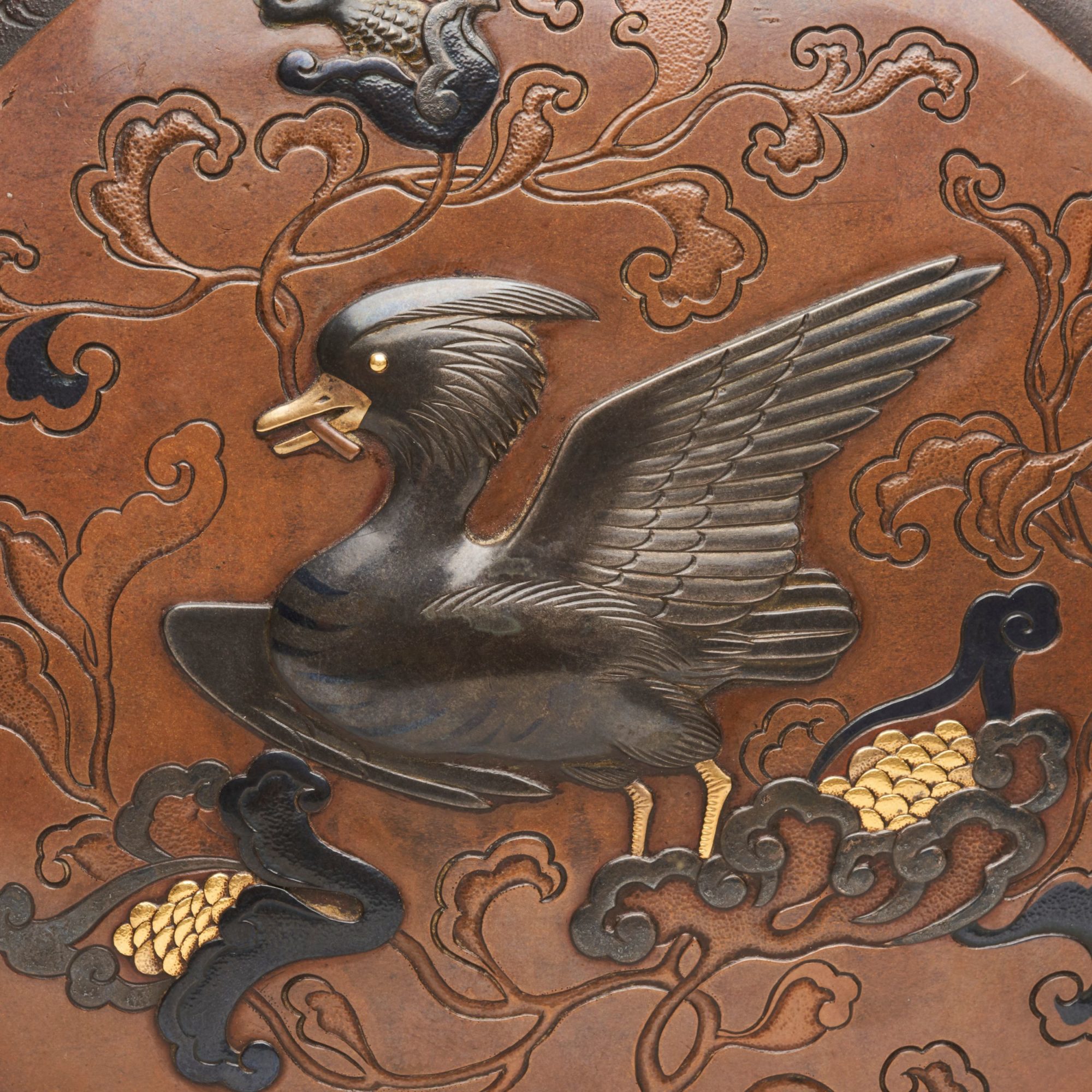 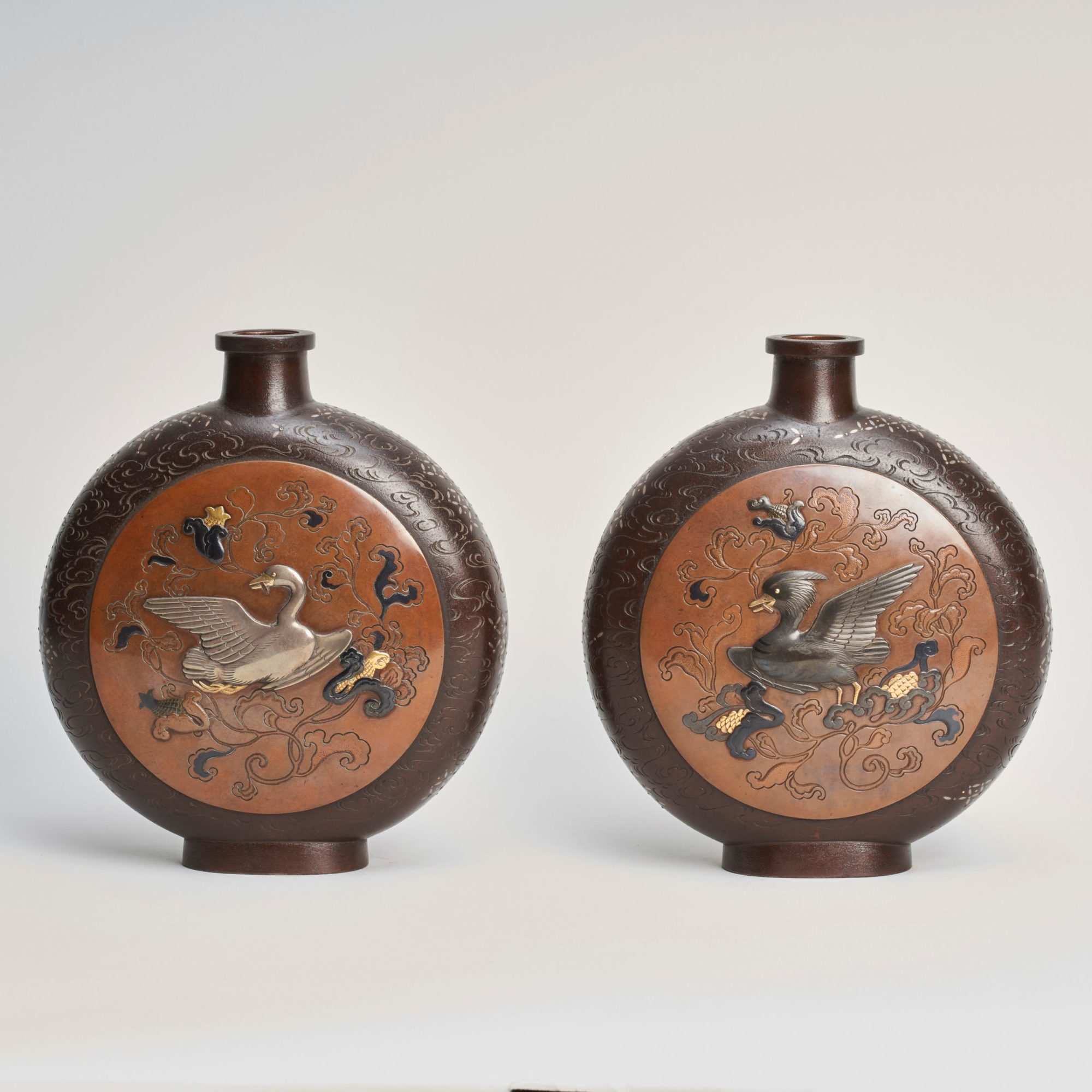 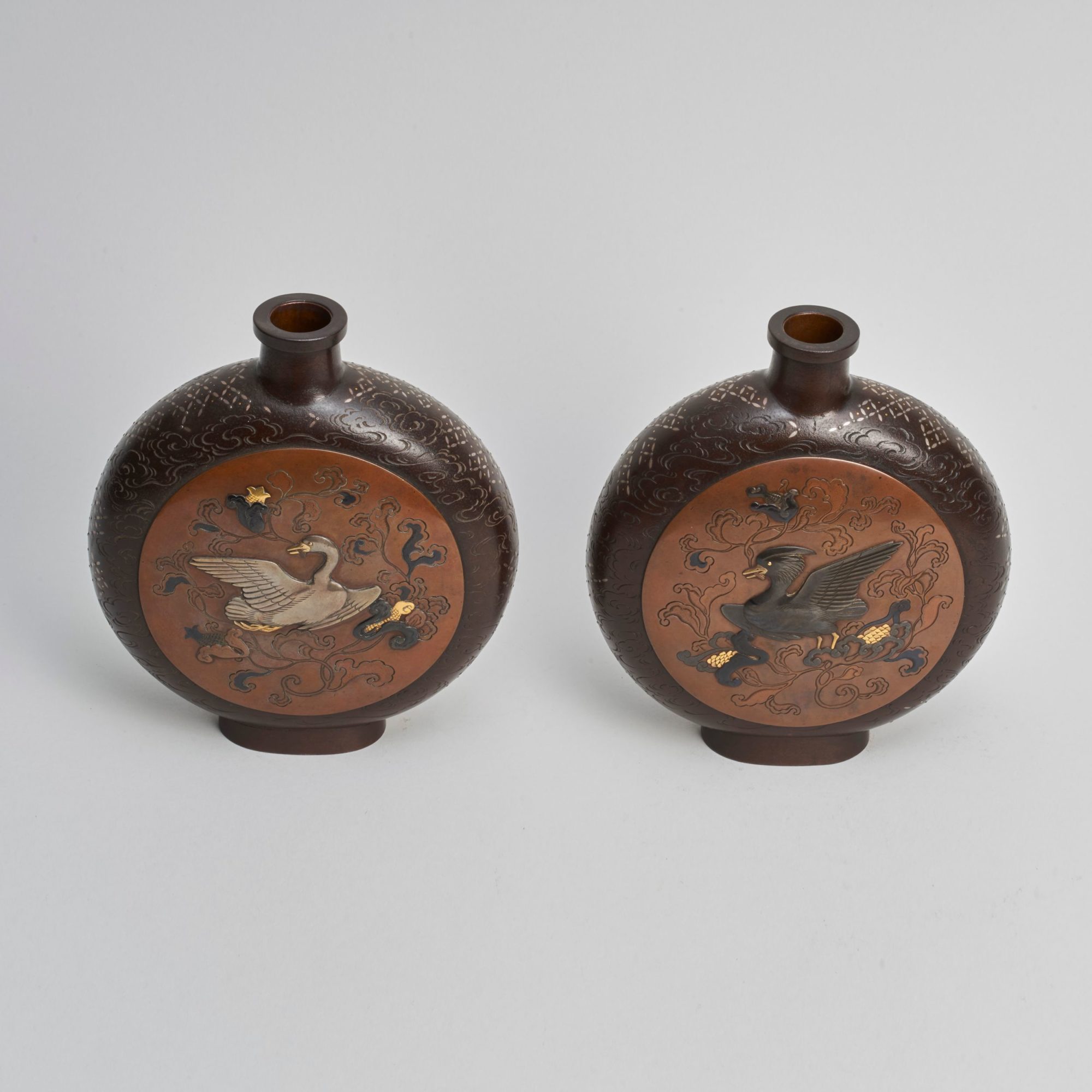 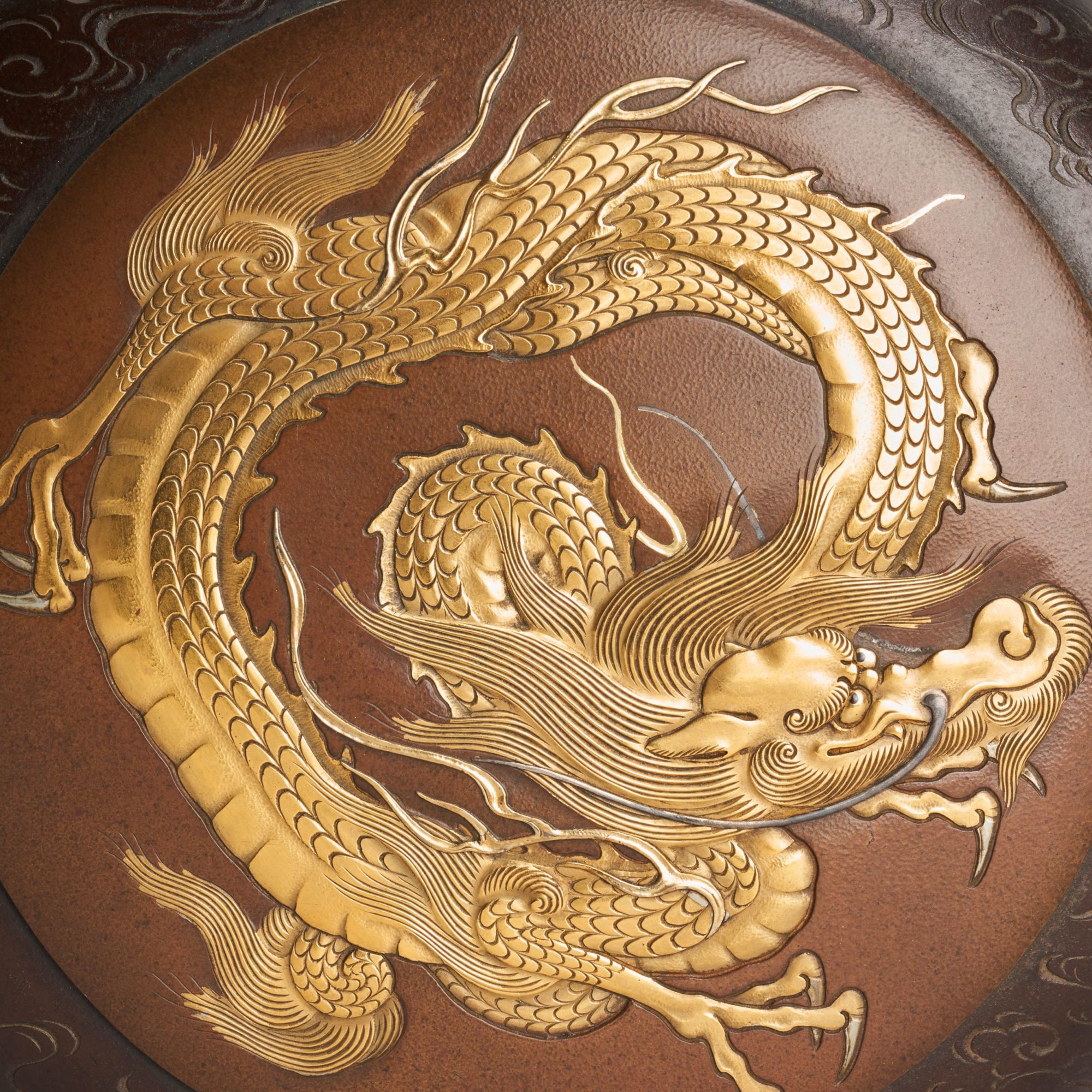 An unusual pair of Japanese bronze moon flasks with multimetal decoration of geese with sweetcorn to one side and dragons to the other.

Goose meat has long been regarded as a luxury for the imperial classes and aristocracy, the white fronted goose is a popular motif on family crests and paintings and frequently appears in Japanese folklore and poems.

Sweetcorn is a popular and common vegetable in Japan, it was first introduced by the Portuguese in 1579.

The moon is the subject of much mythology in Japan, it’s depiction can symbolize national well-being (From Shinto beliefs) or inner enlightenment (Buddhist beliefs)

The moon flask or pilgrim vase is charactarised by it’s flat circular shape which represents the moon, it’s a shape very popular in Chinese porcelain and was inspired by middle eastern metal ware. 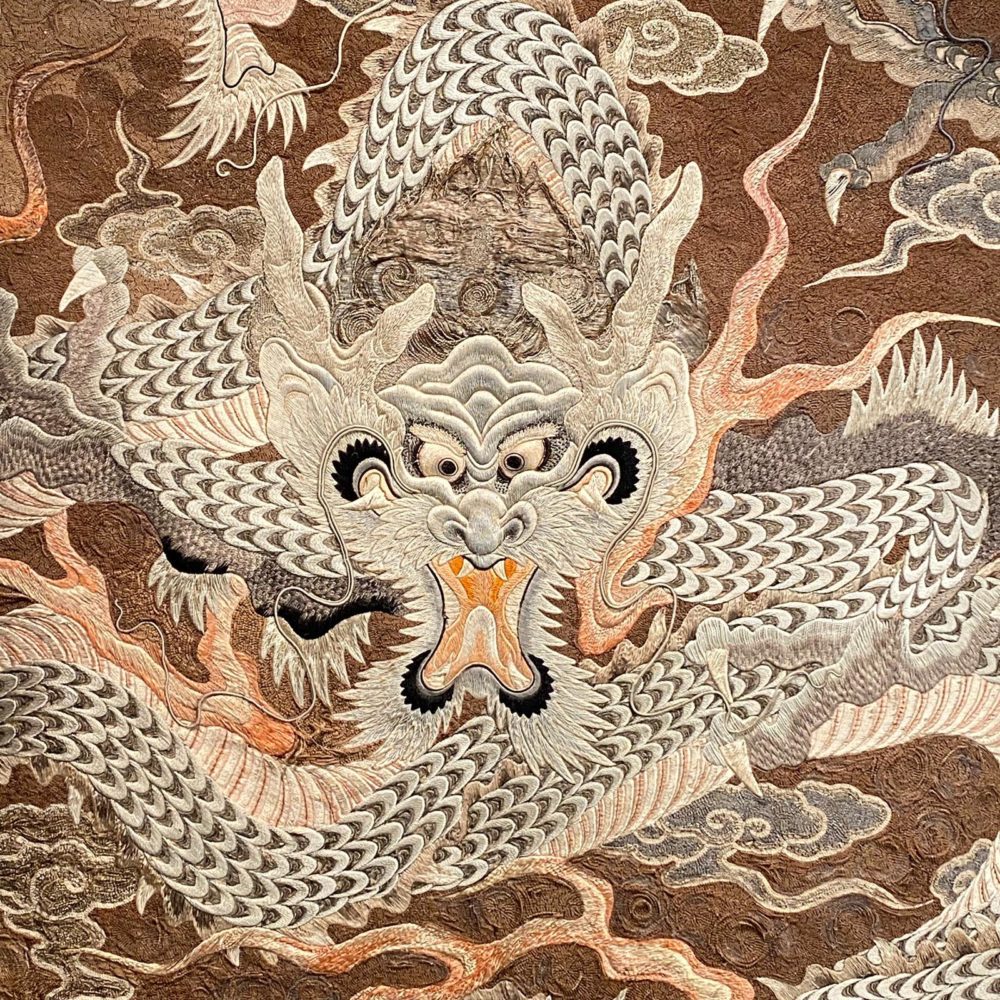 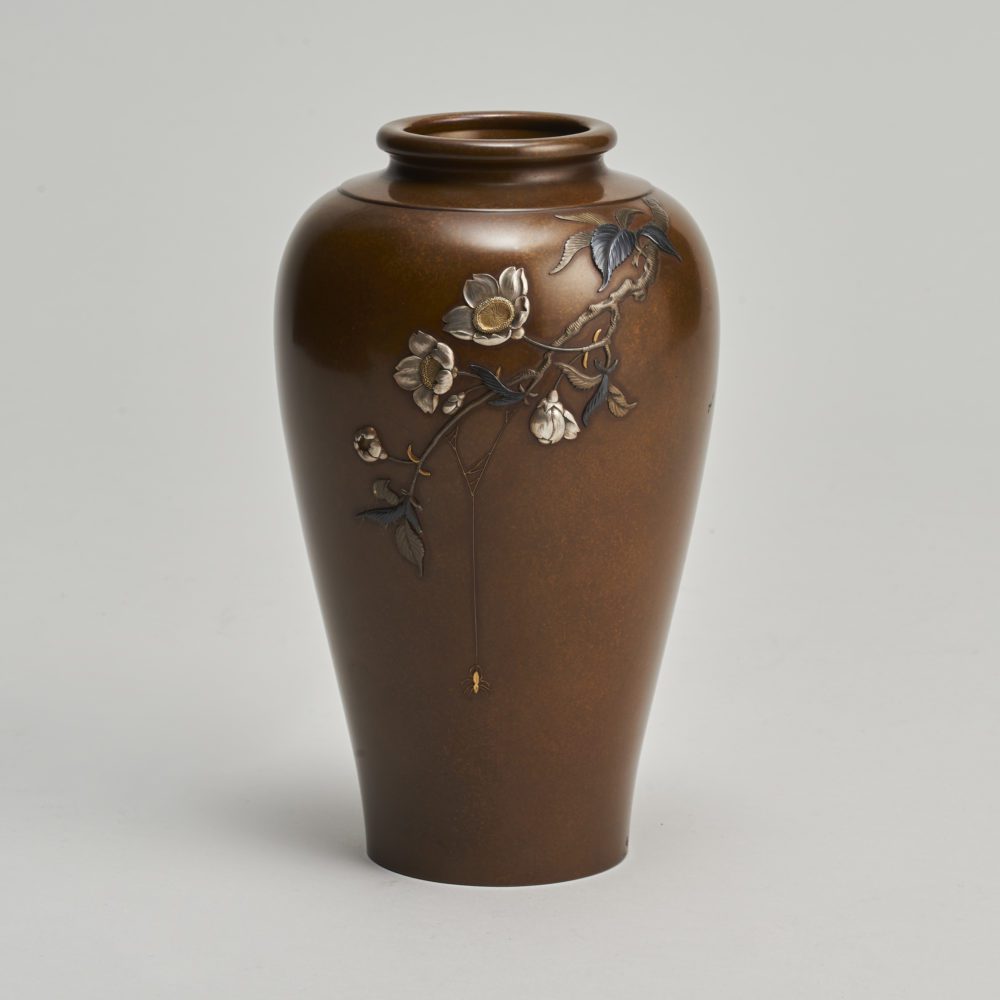