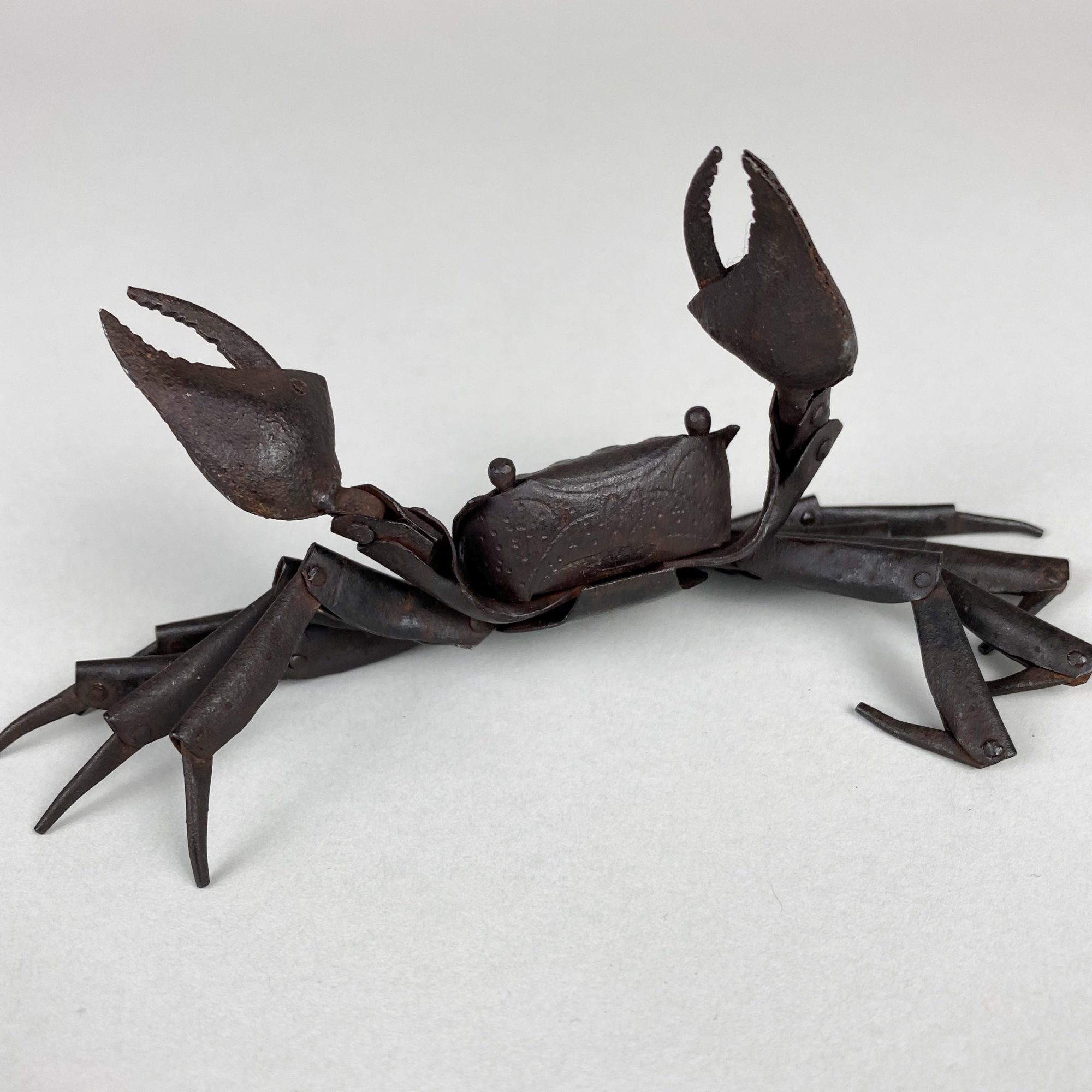 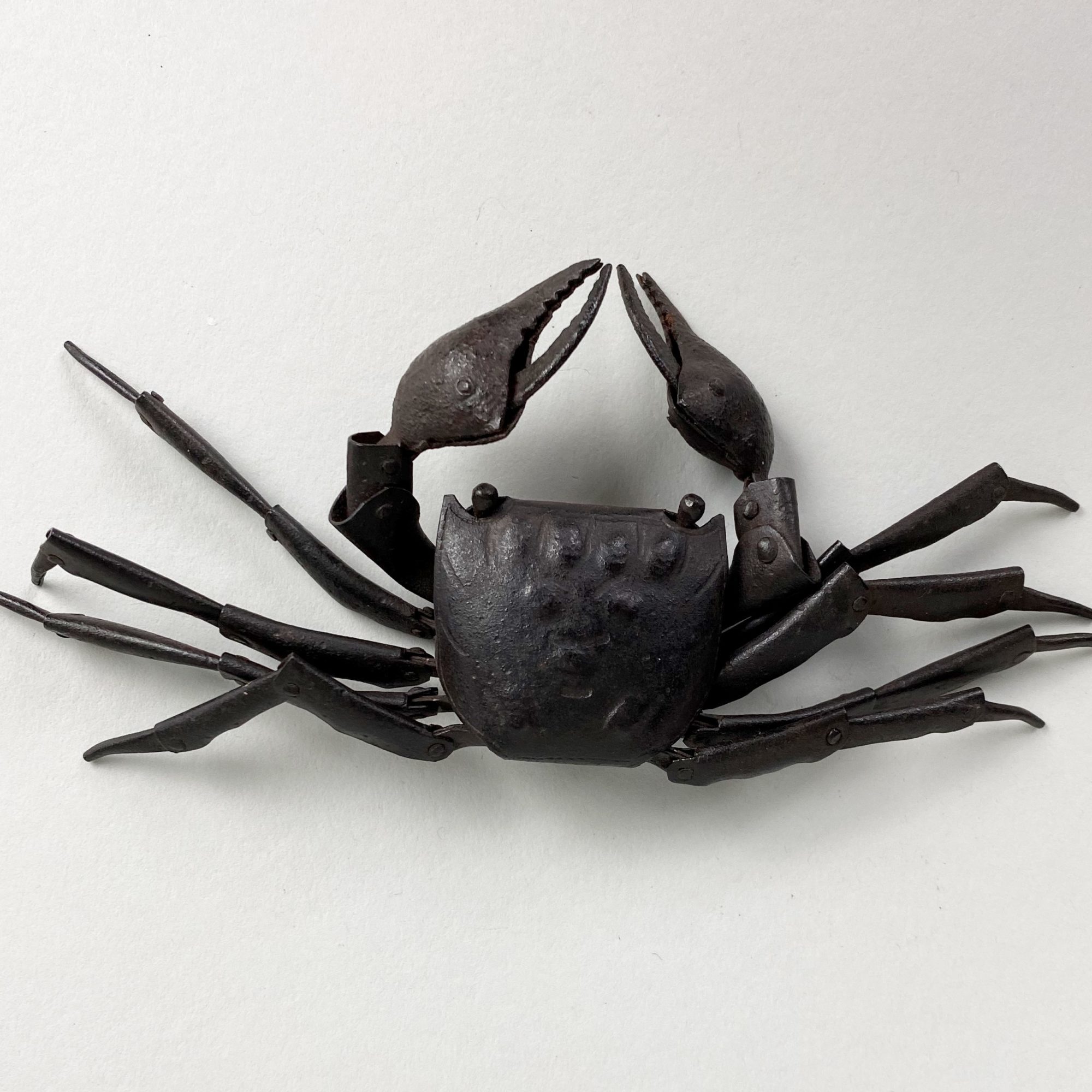 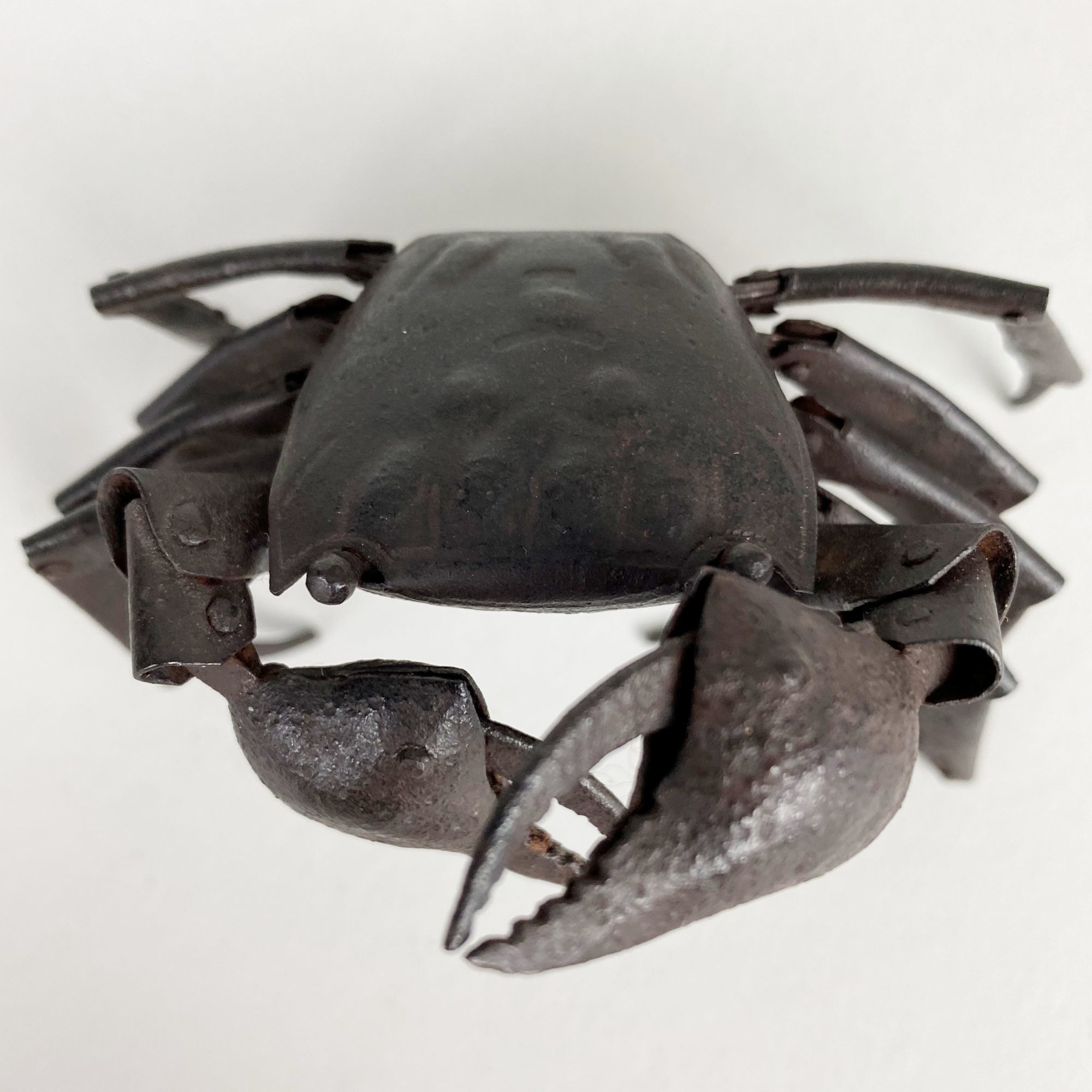 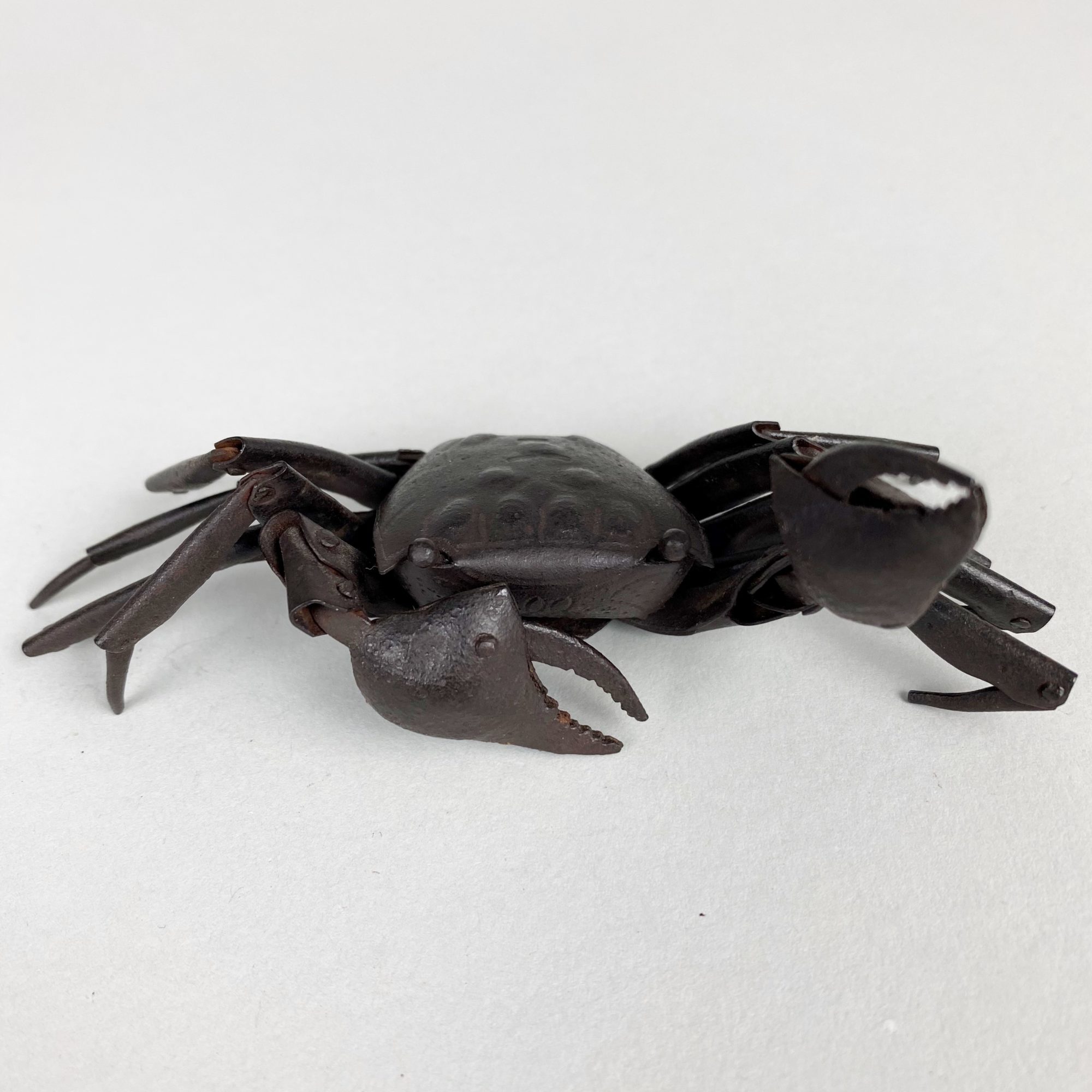 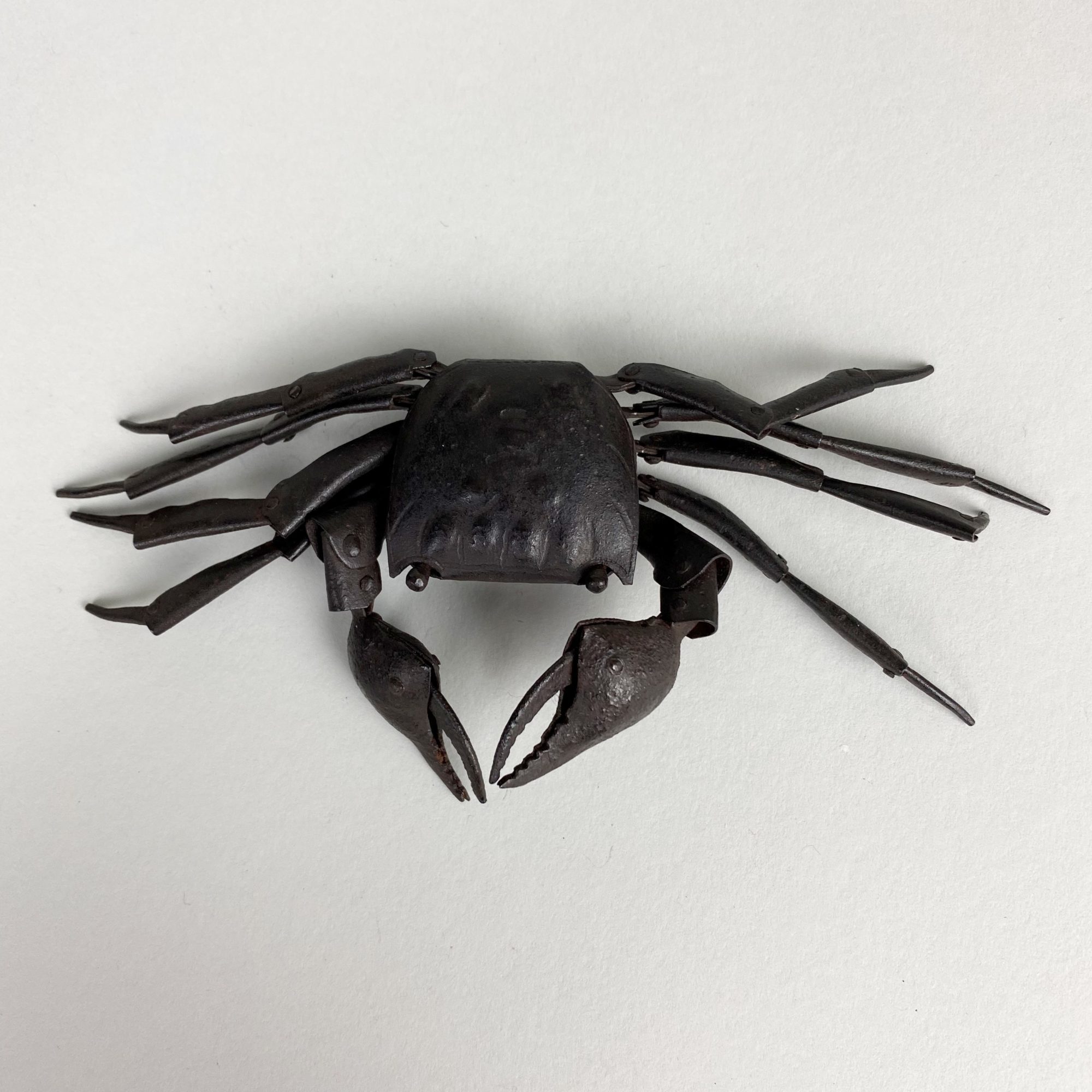 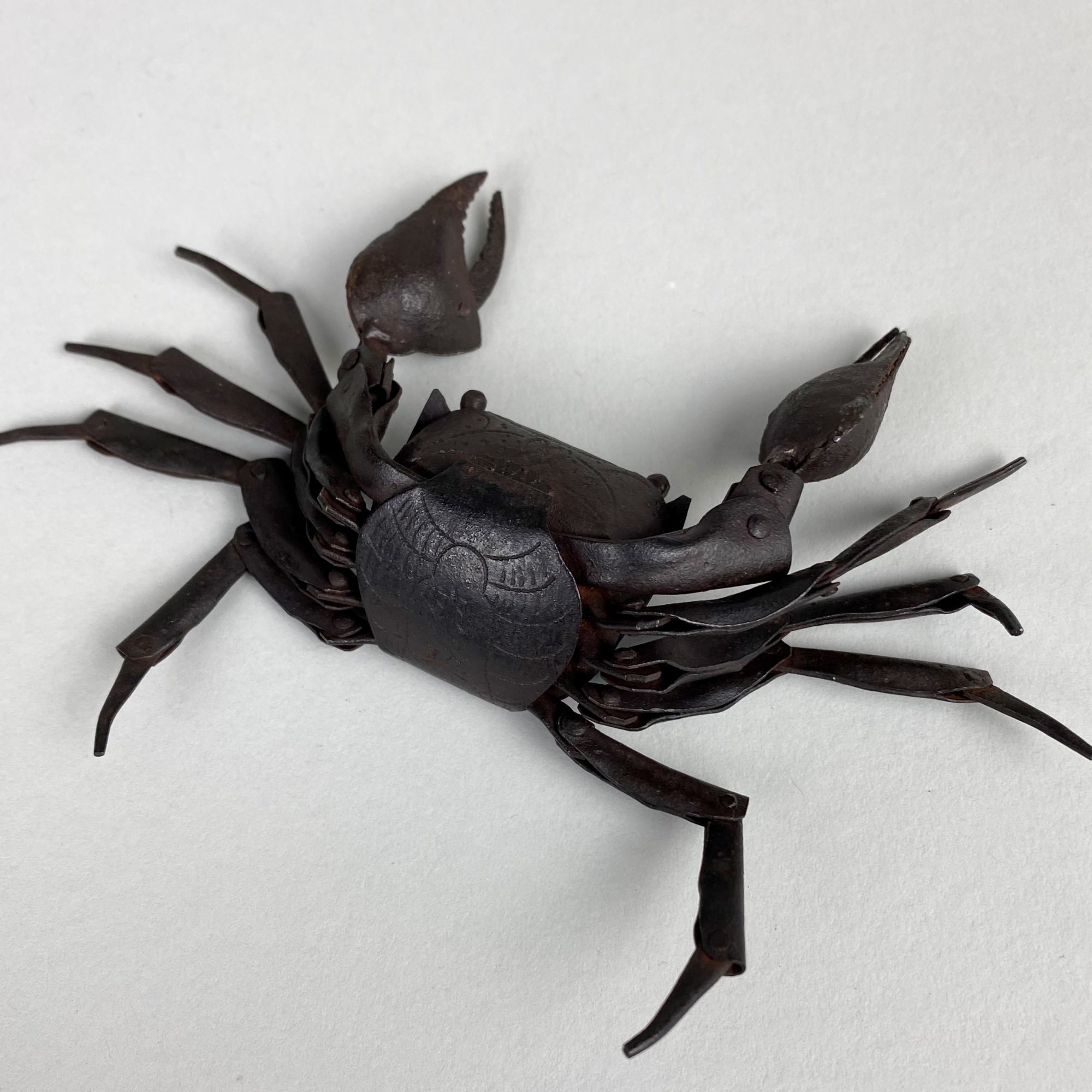 This wonderful Iron model of a crab is fully articulated and signed Myochin. Dating from the Japanese Meiji-era, this piece is in excellent condition and is just part of our collection of articulated metalwork creatures.

Please don’t hesitate to contact us for more photographs, videos or to arrange an appointment.

The crab is a popular food source in Japan, they are admired for their fighting spirit. There is a species of crab native to Japan known as heikegani, it is known as the samurai crab due to the markings on its shell resembling an angry samurai face, if caught these crabs must be thrown back as it is believed they are the reincarnations of the Heike warriors.

Jizai (meaning ‘at will’) Okimono (meaning ‘decorative object’) are realistic articulated figures of insects, birds, reptile, fish and mythical beasts. Most early examples are made of iron, but copper, bronze and silver became popular in later designs.

It is not clear for what purpose Jizai Okimono were originally made, but the general consensus is that as Japan became unified and more peaceful, the demand for armor and weaponry greatly diminished, and eventually the wearing of swords was banned entirely. So the armor makers turned their skills to making other items such as Jizai okimono. 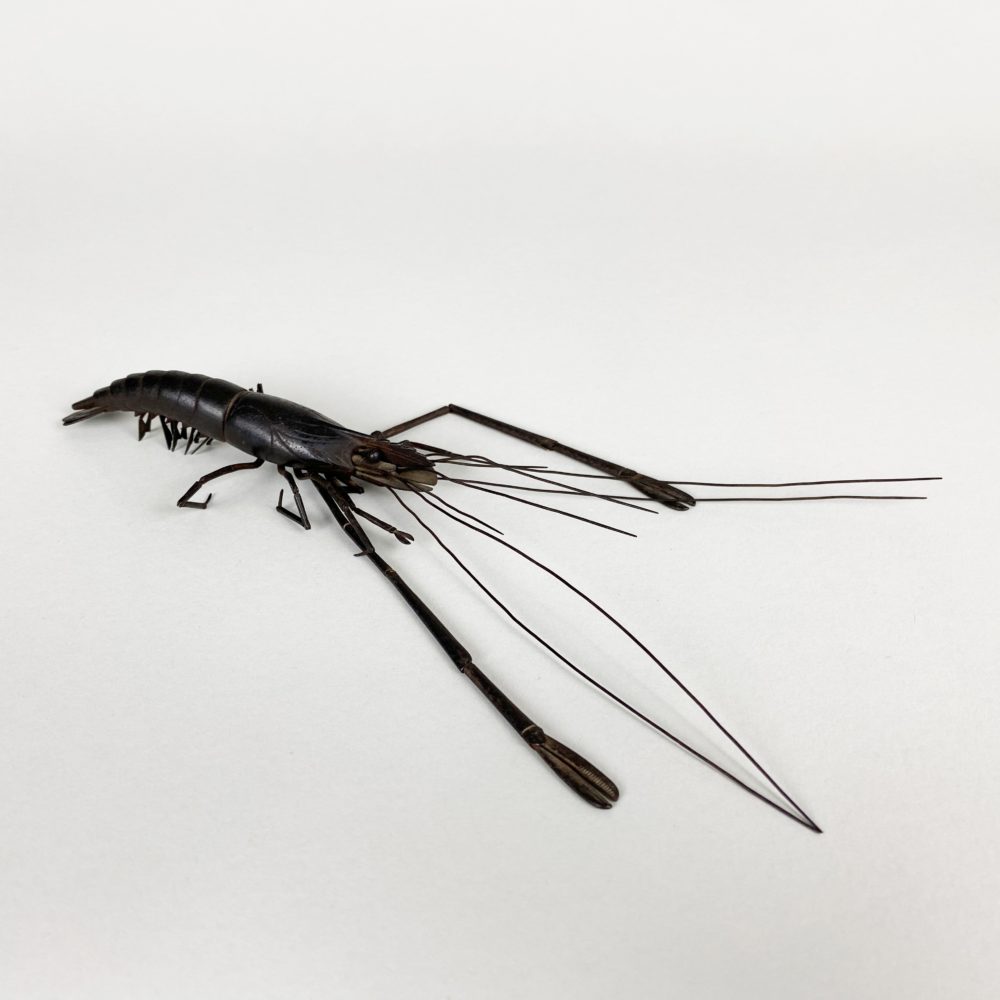 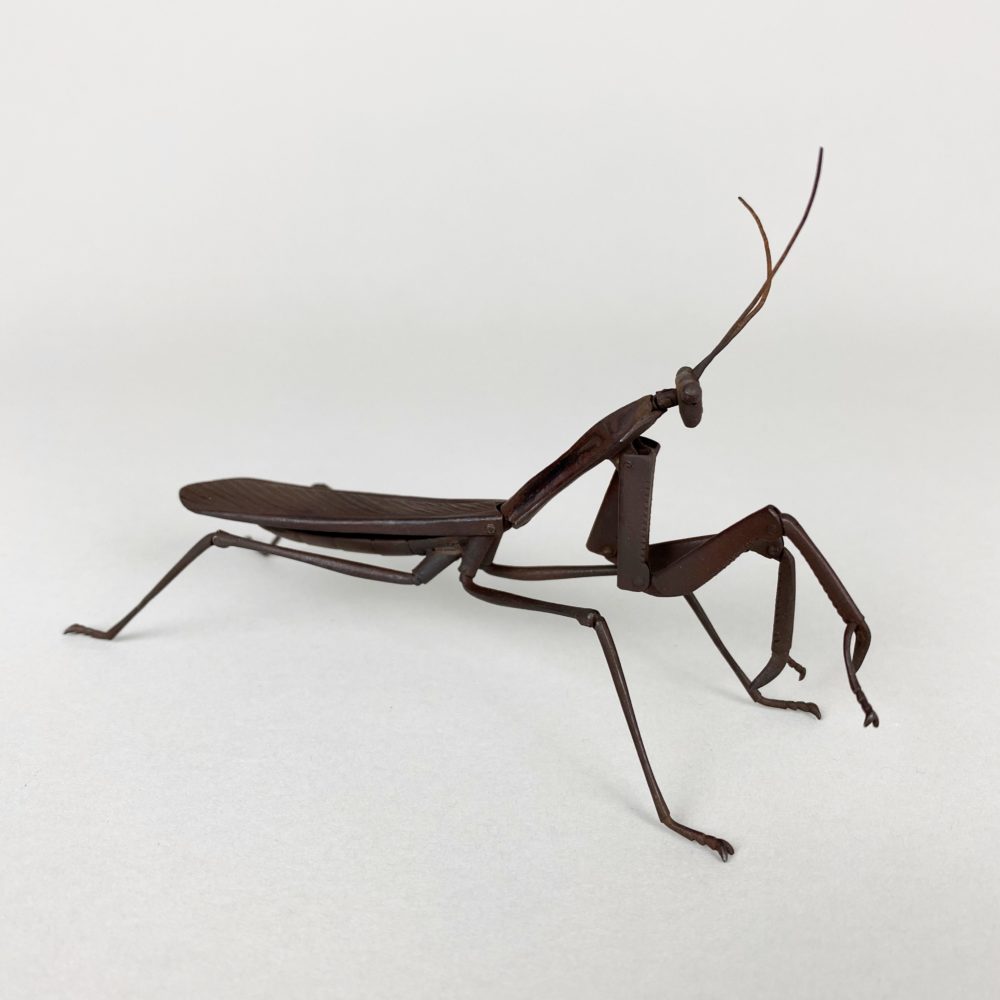