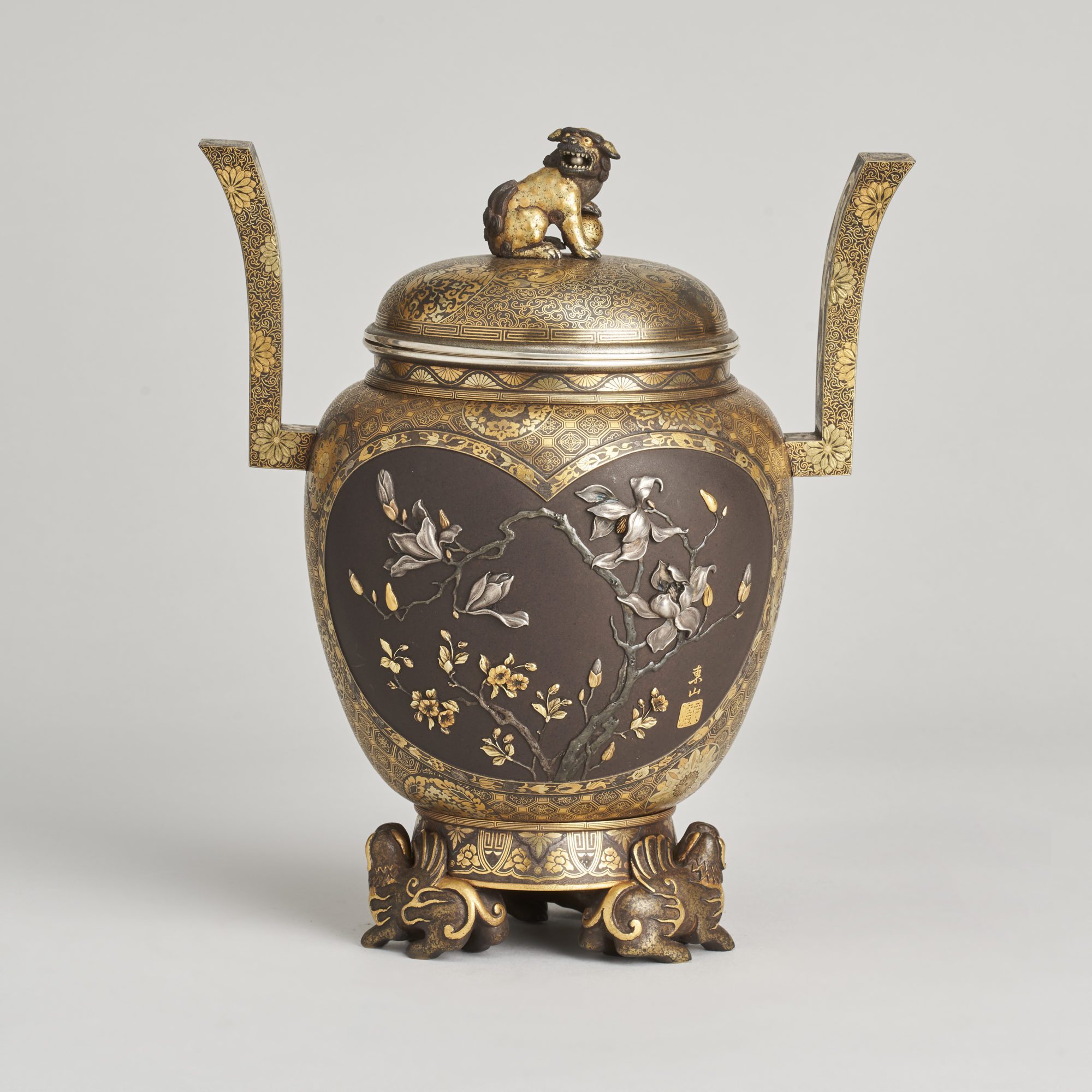 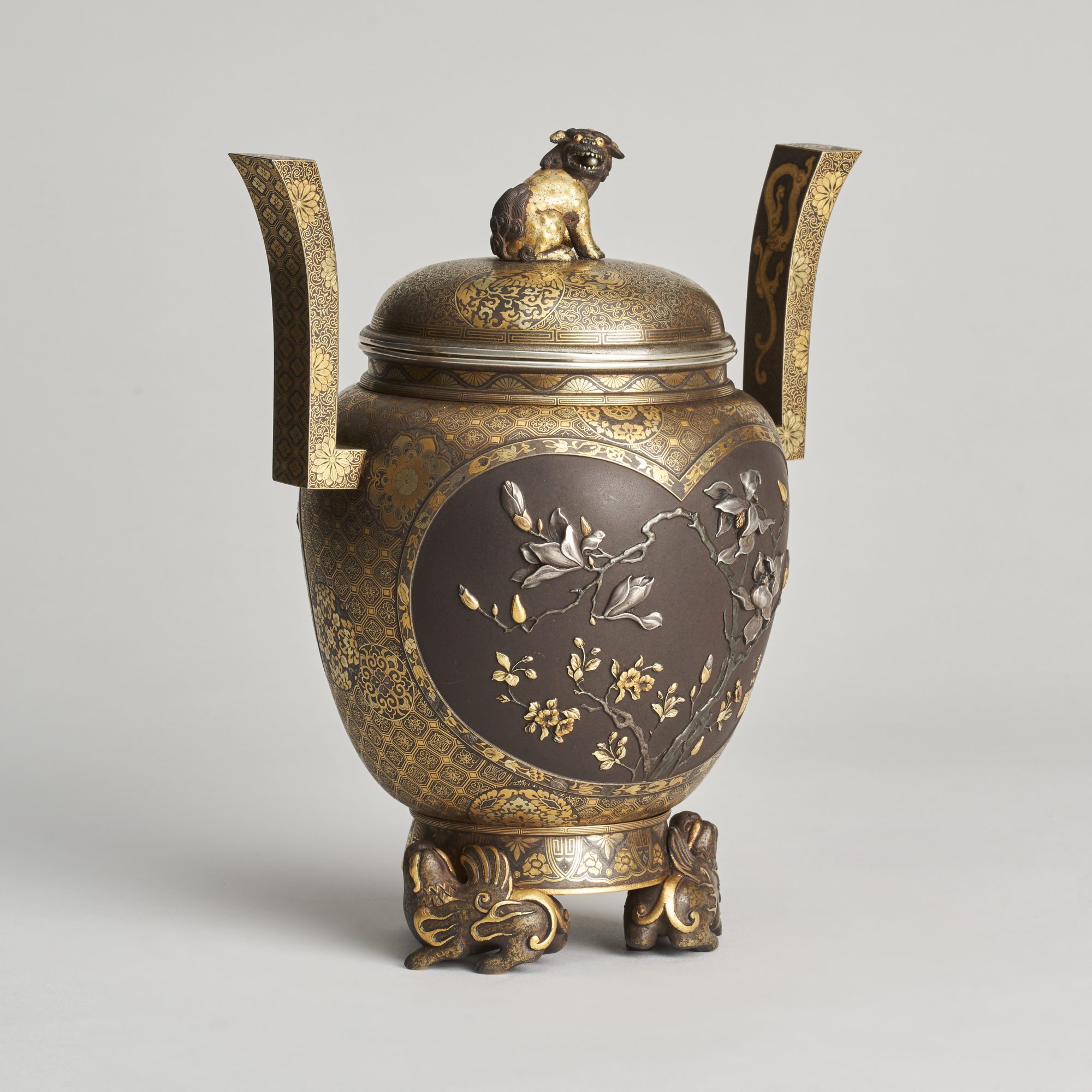 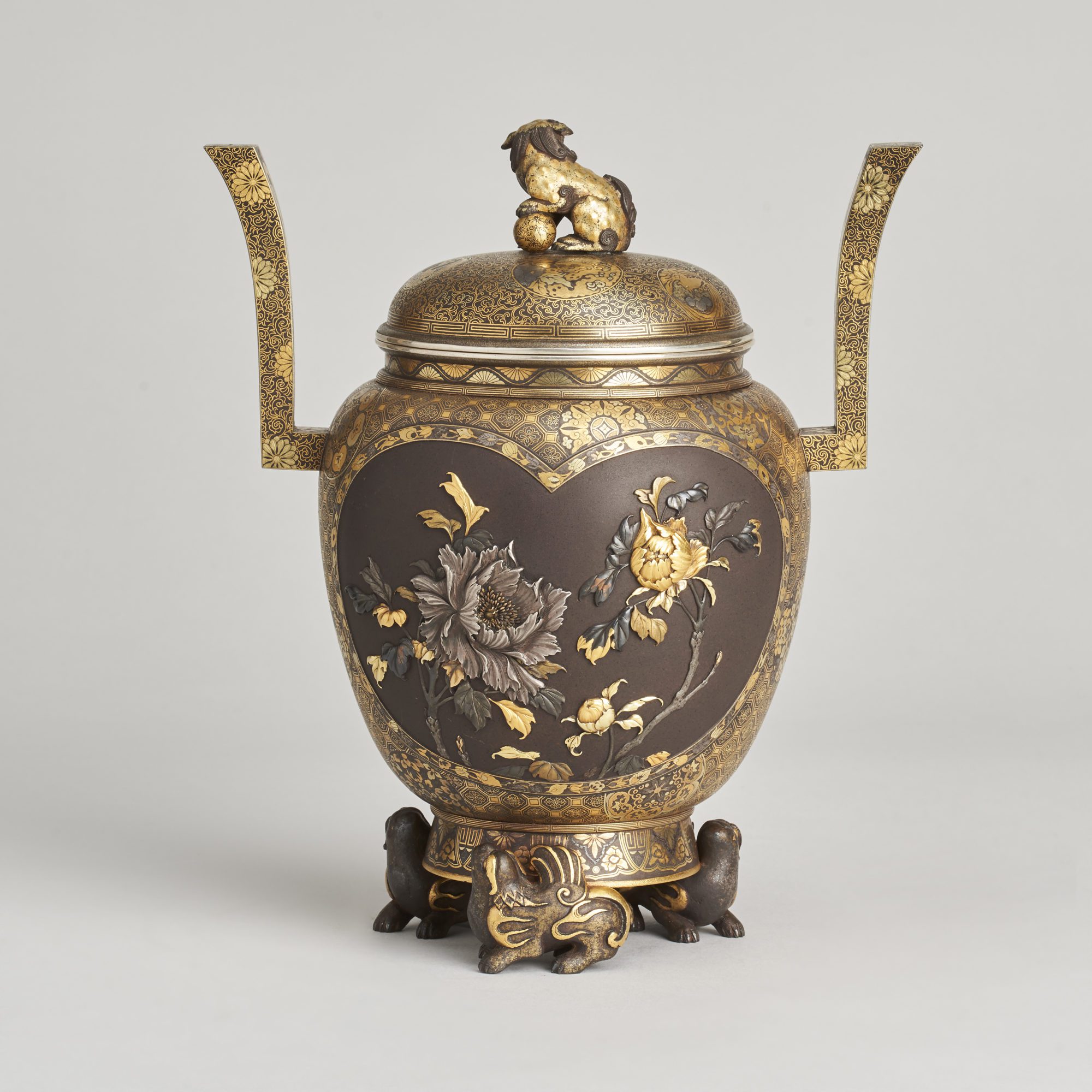 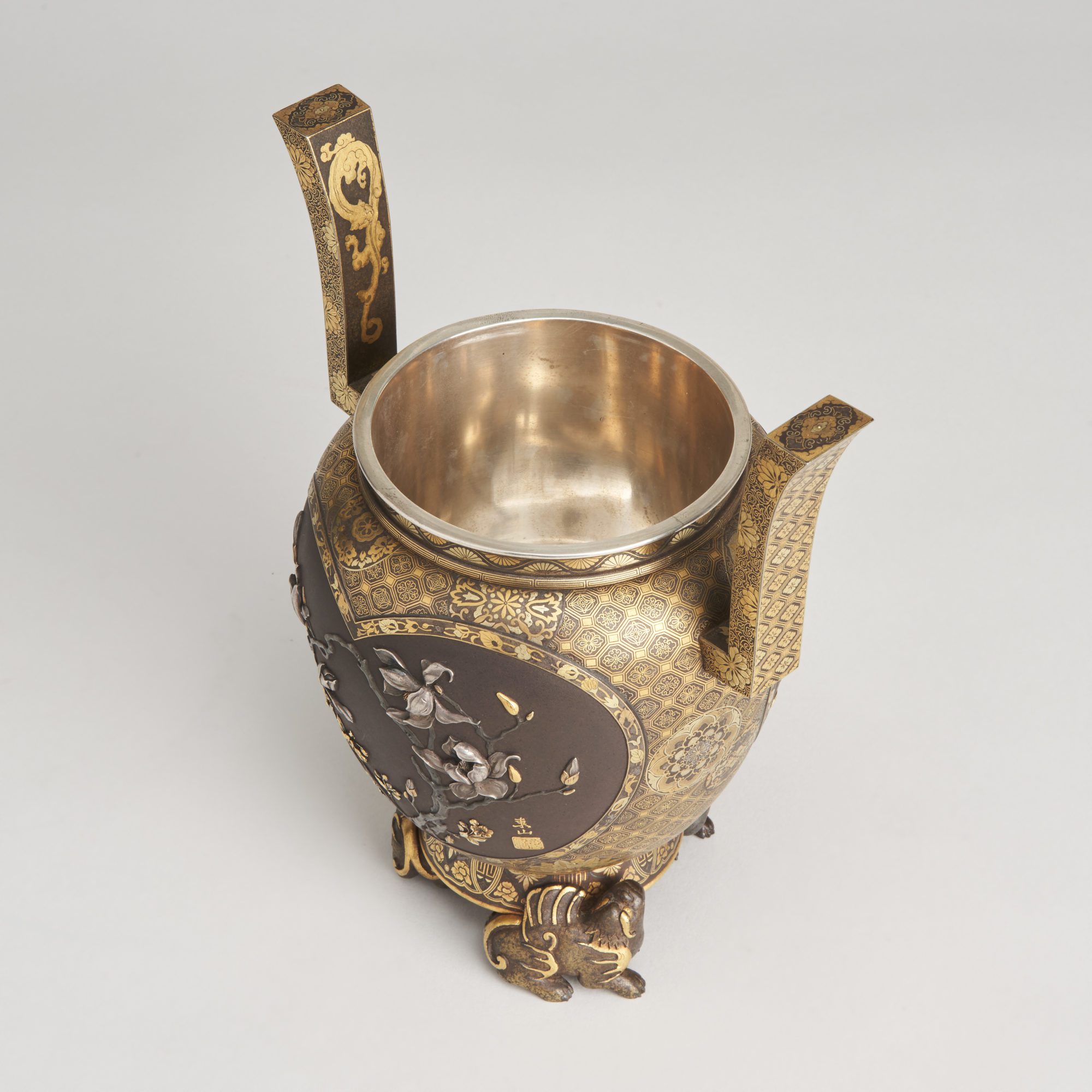 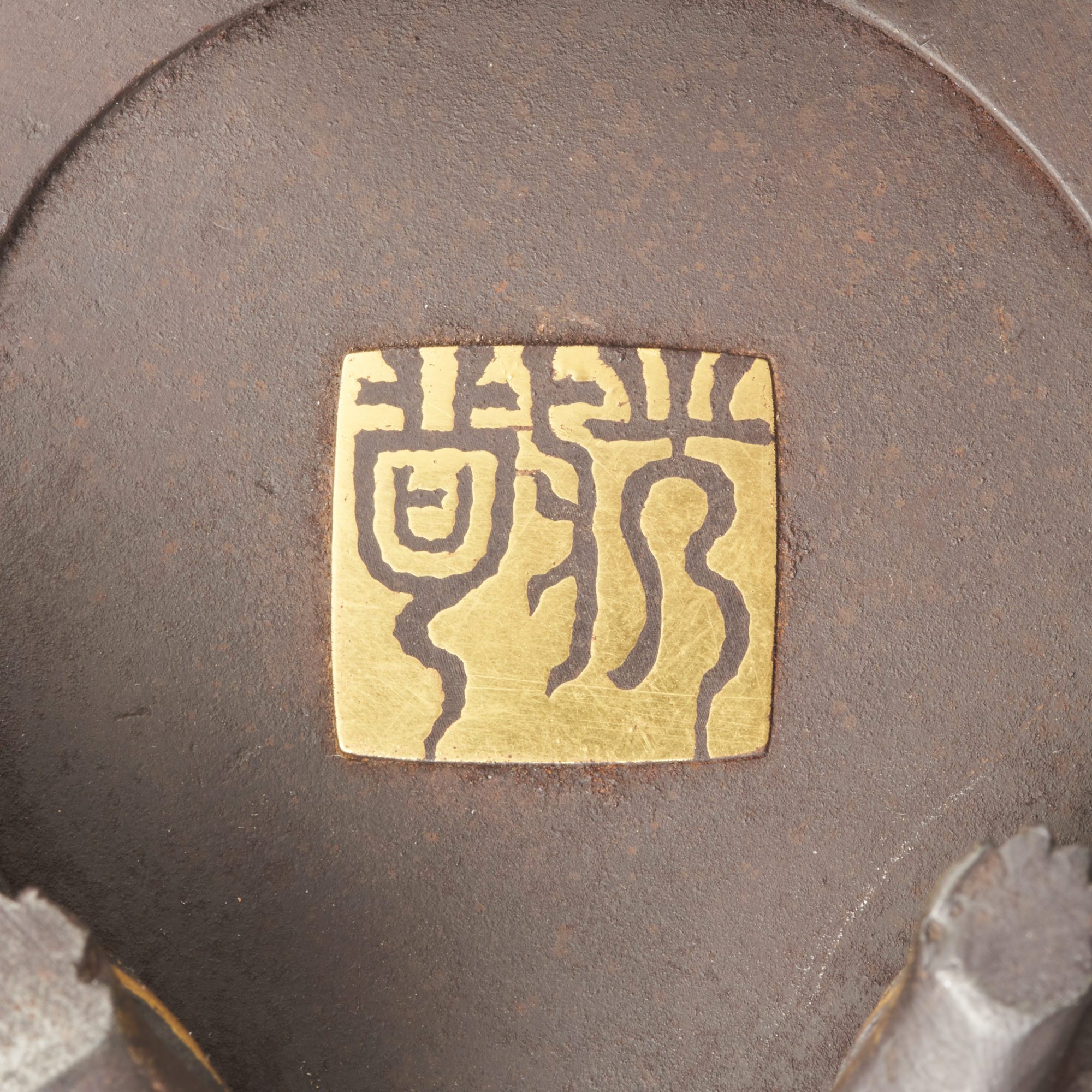 One side is decorated with flowering peonies, whilst magnolia and cherry adorn the opposite panel. The lid, handles and body are all finely inlaid in gold and silver with florets, birds and flowers. The koro sits on three winged-lion feet and the lid is set with a finial of a lion dog holding a ball.

Known as Komainu in Japan, are mythical lion like statues which are places at the entrance of a place of worship or home to ward of evil spirits. Often one will have and open mouth and one will have a closed mouth this represents the beginning and end of all things.

Kajima Ikkoku II (1846 – 1925) was originally from Kawagoe, Saitama Prefecture. He was the oldest son of the renowned artist Kajima Mitsuyuki and he followed in his fathers’ footsteps by becoming highly skilled and internationally regarded in traditional metalwork techniques. He is known for his application of Nunome Zogan, (fine damascene work). He exhibited at the Naikoku Kangyo Hakurankai (The Japanese National Industrial Exposition) of 1890 and years later he was awarded a gold medal in the Japan-British Exhibition held in London in 1910.

There is little recoreded infomation about, Higashiyama Motonobu but he is clearly a skilled metaworker. The Family name Motonobu is fairly common in Japan with other artists have the same family name, we may speculate that he may have been related to or worked with another of the Motonobu’s.

Damascening is the art of inlaying different metals into one another, typically gold or silver into a darker oxidised background. The name comes from the resemblance to damask silk 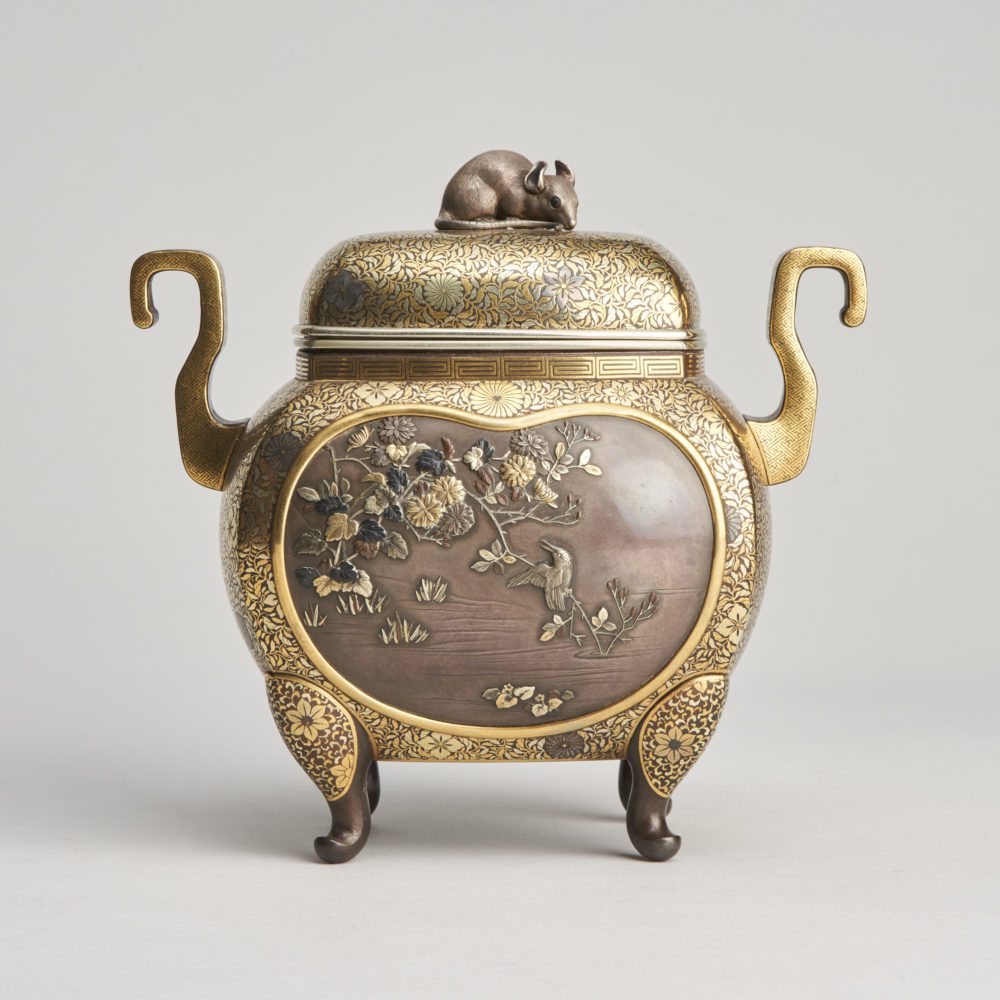 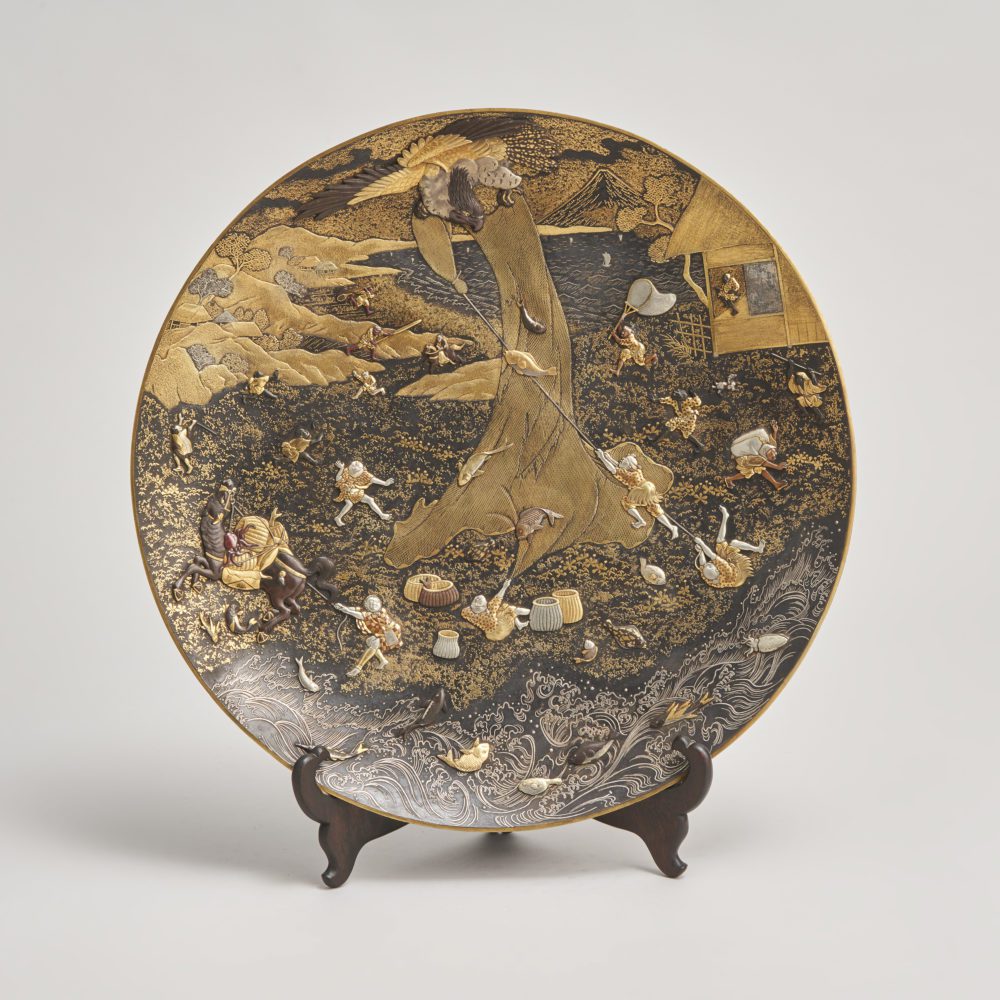