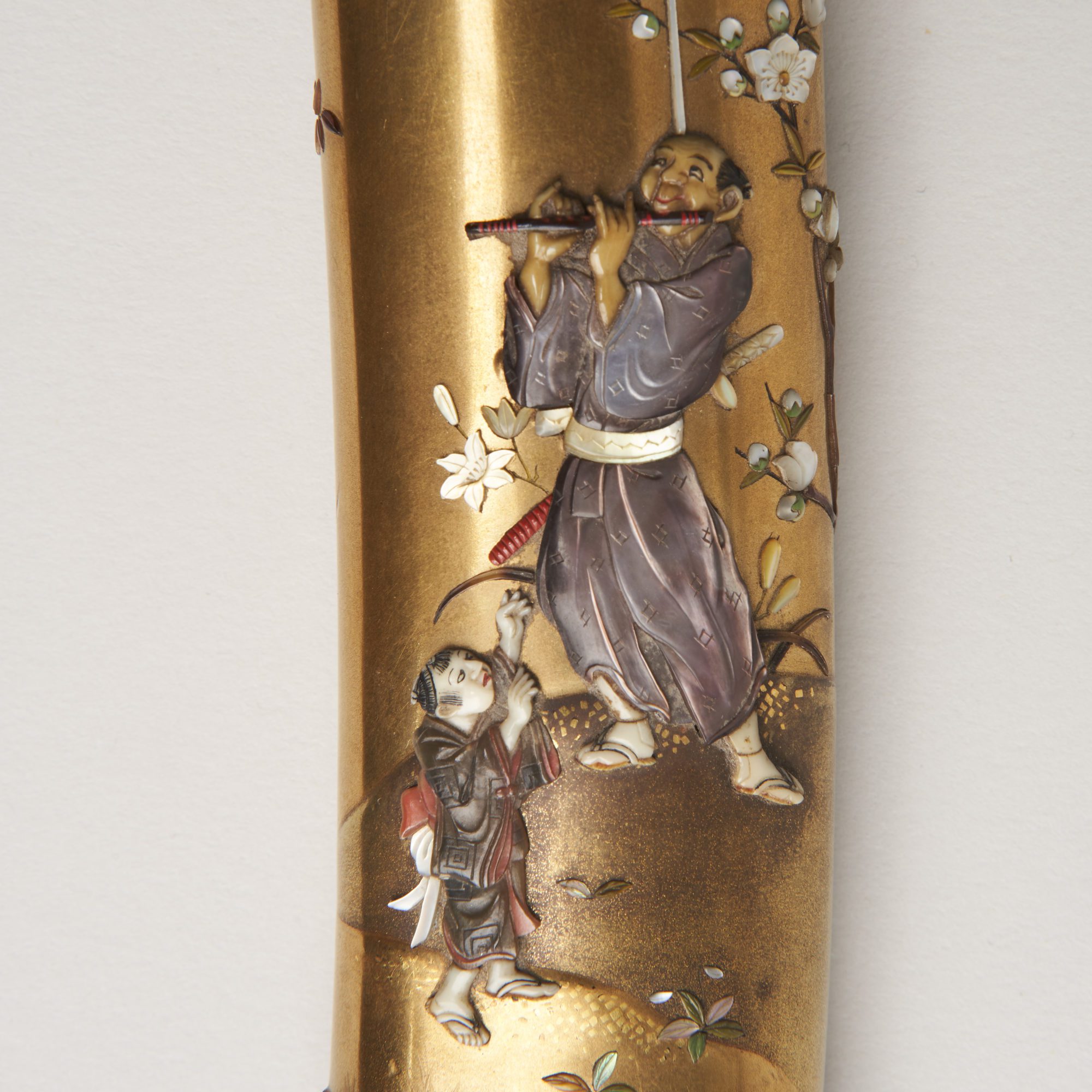 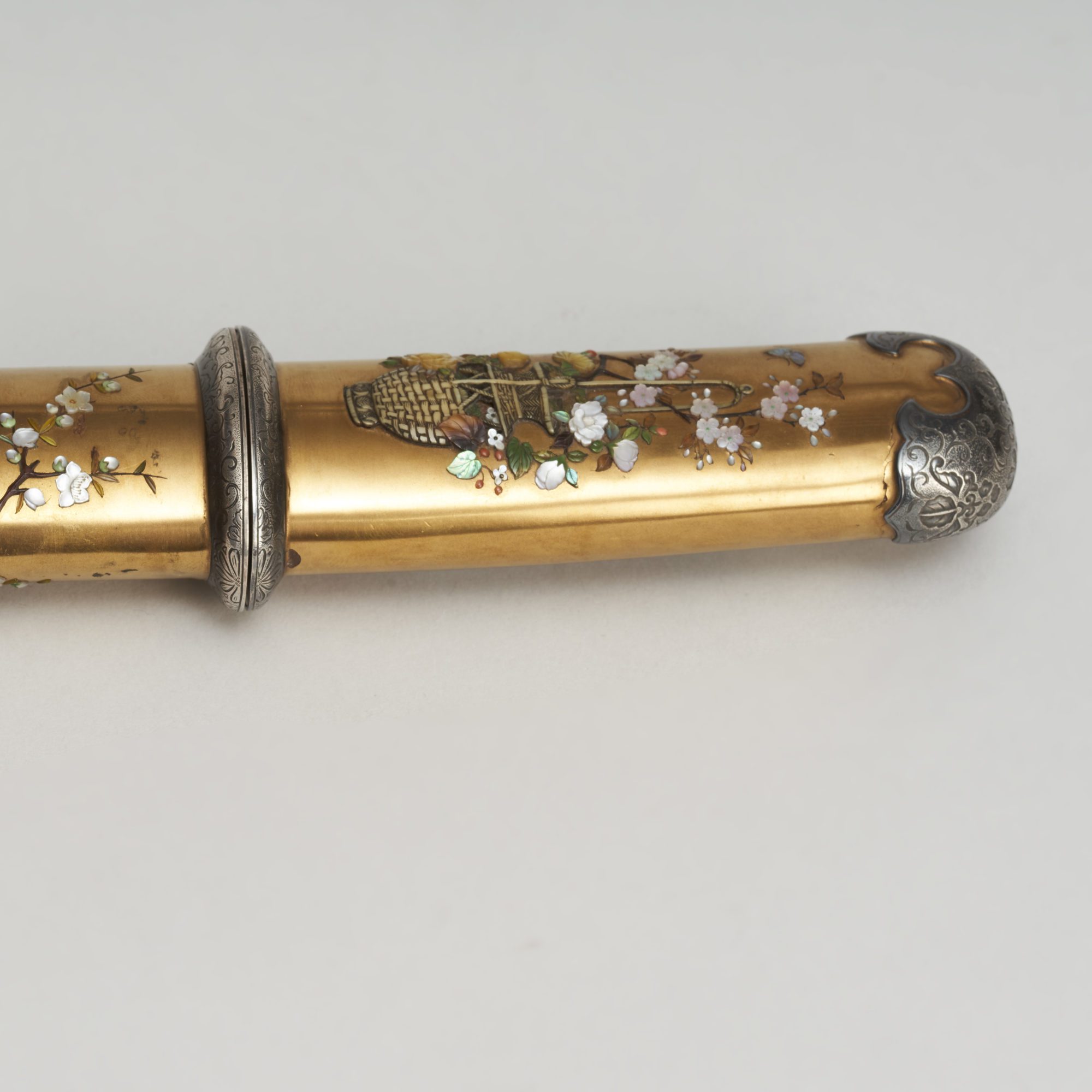 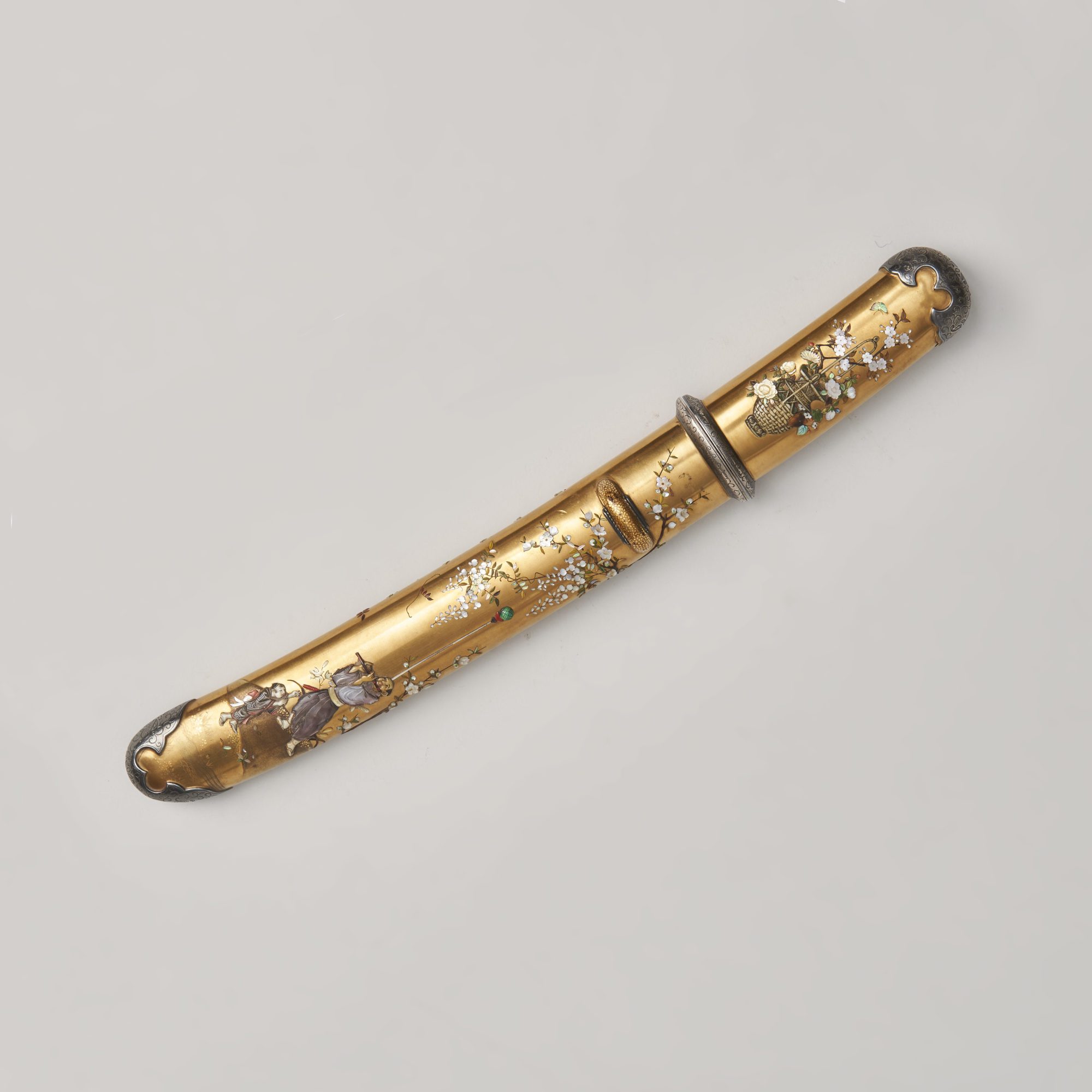 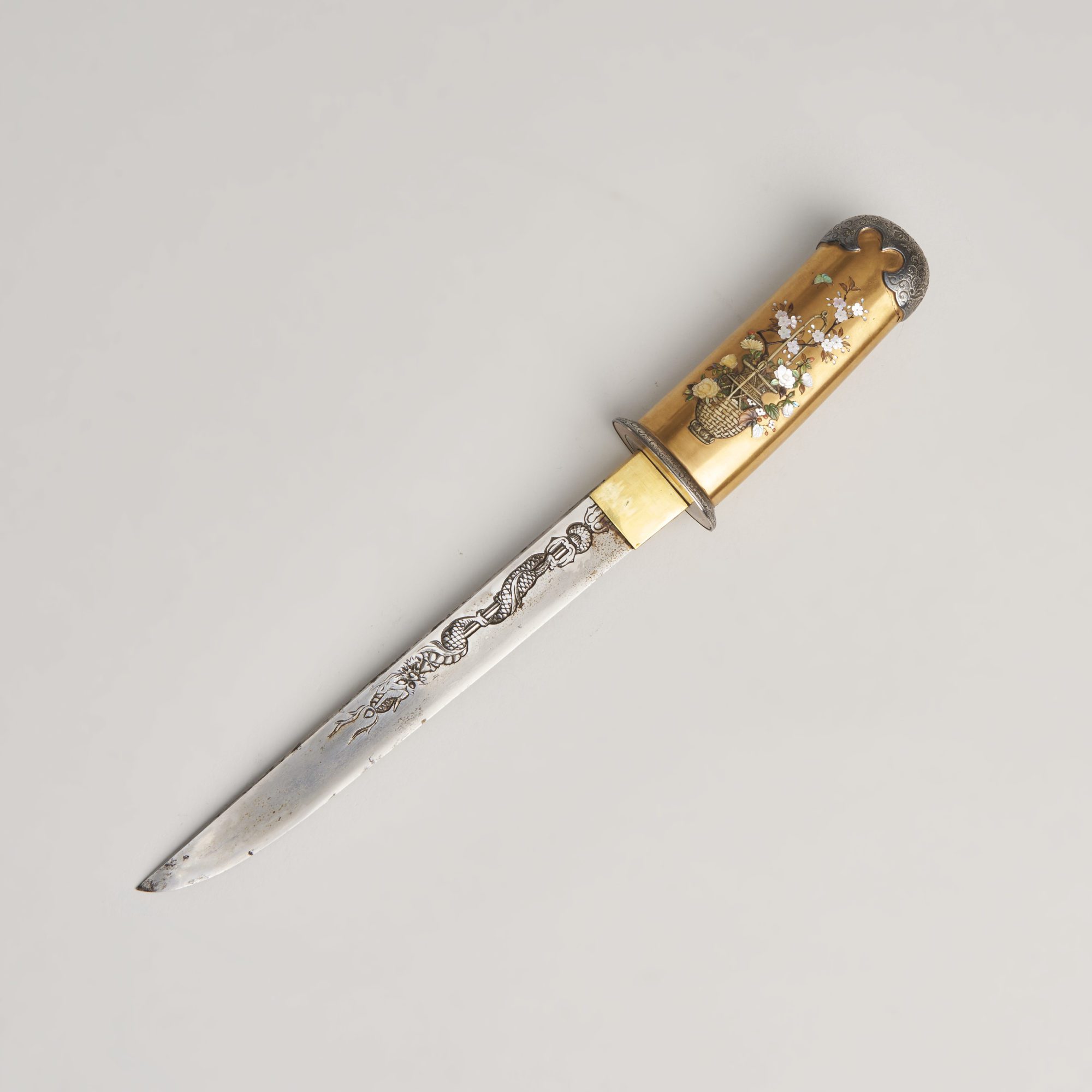 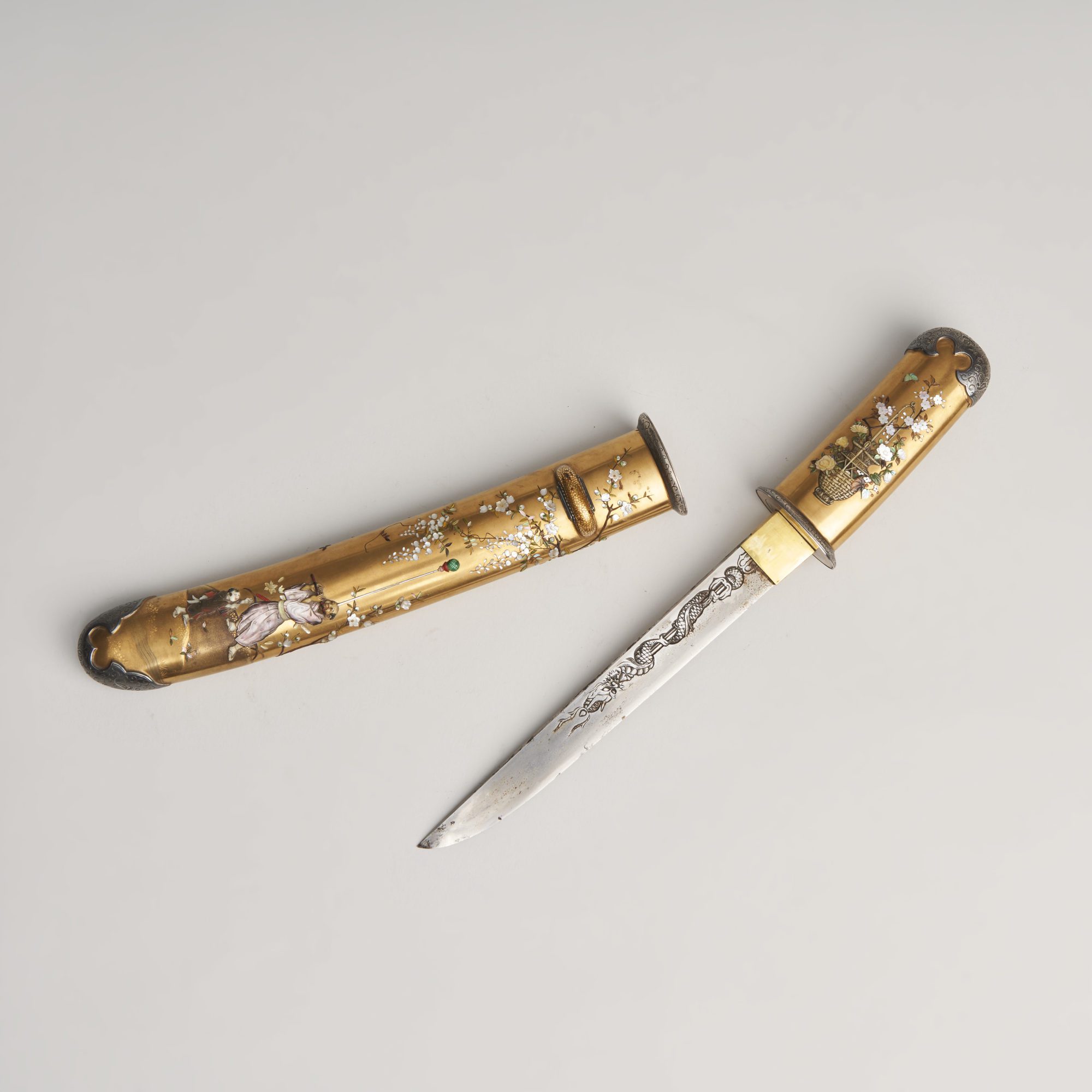 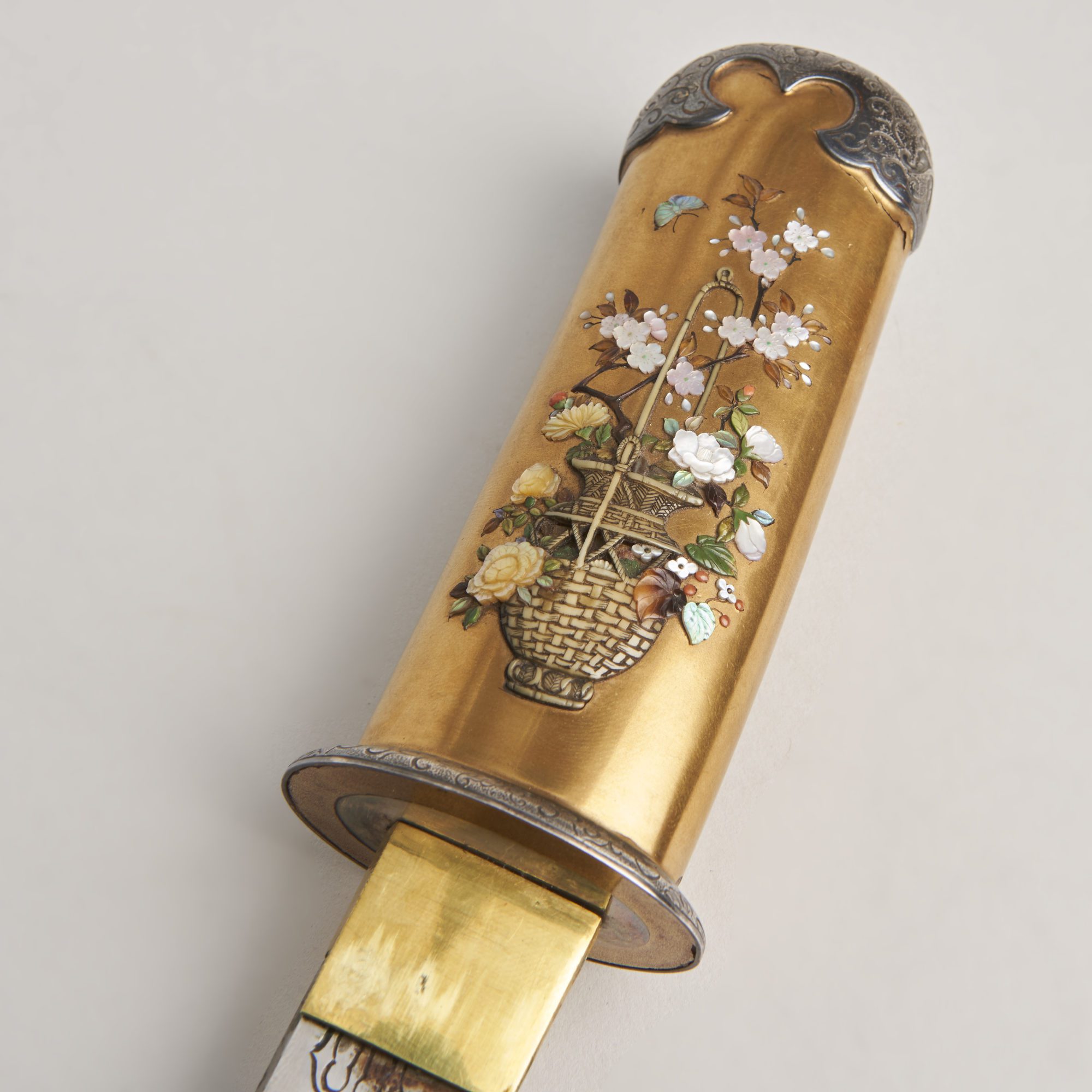 A Japanese Meiji Period (1868-1912) Tanto with silver mounts, a gold lacquer saya and handle inlaid with fine Shibiyama style decoration depicting an entertainer, birds and tree in bloom to the sheath and vases of flowers to the handle, the blade engraved with a dragon.

Shibayama is a style of complex high inlay decoration in mother of pearl, ivory, shell, coral, horn and wood. Shibayama was the name of the workshop to popularize this style. 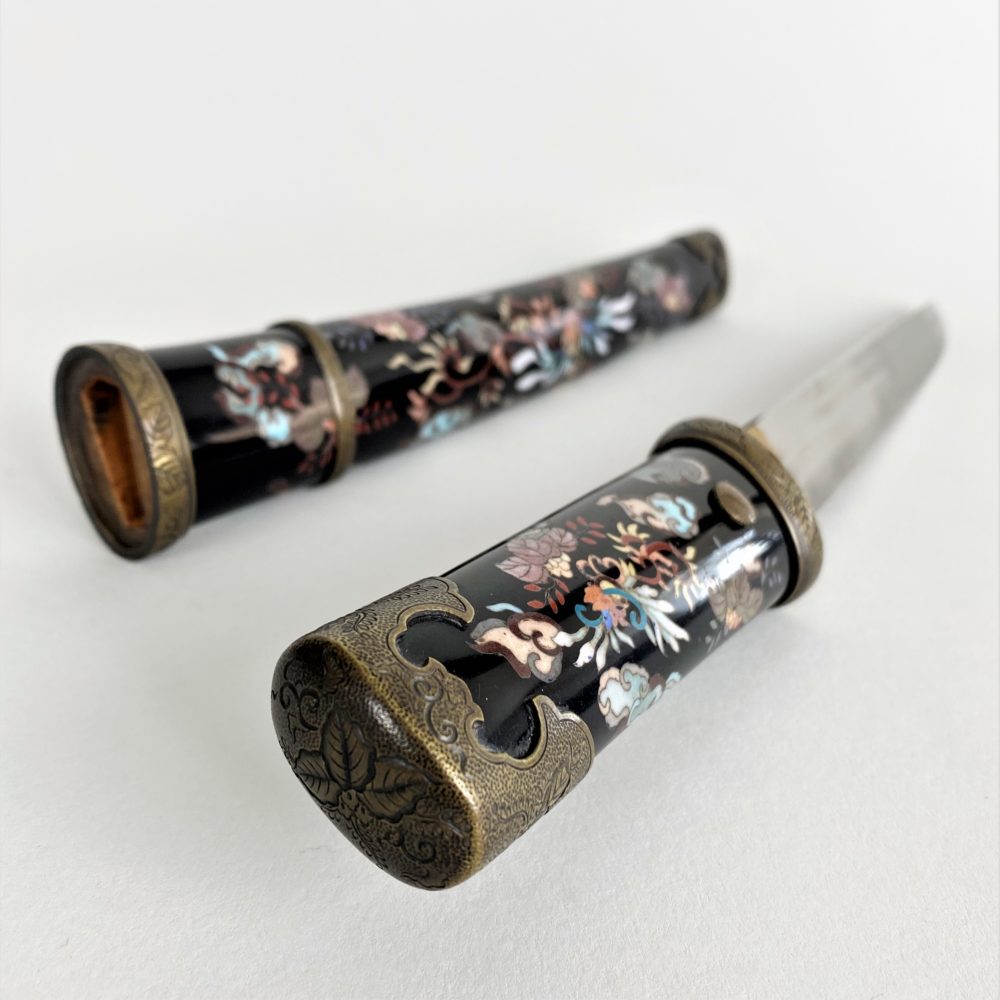 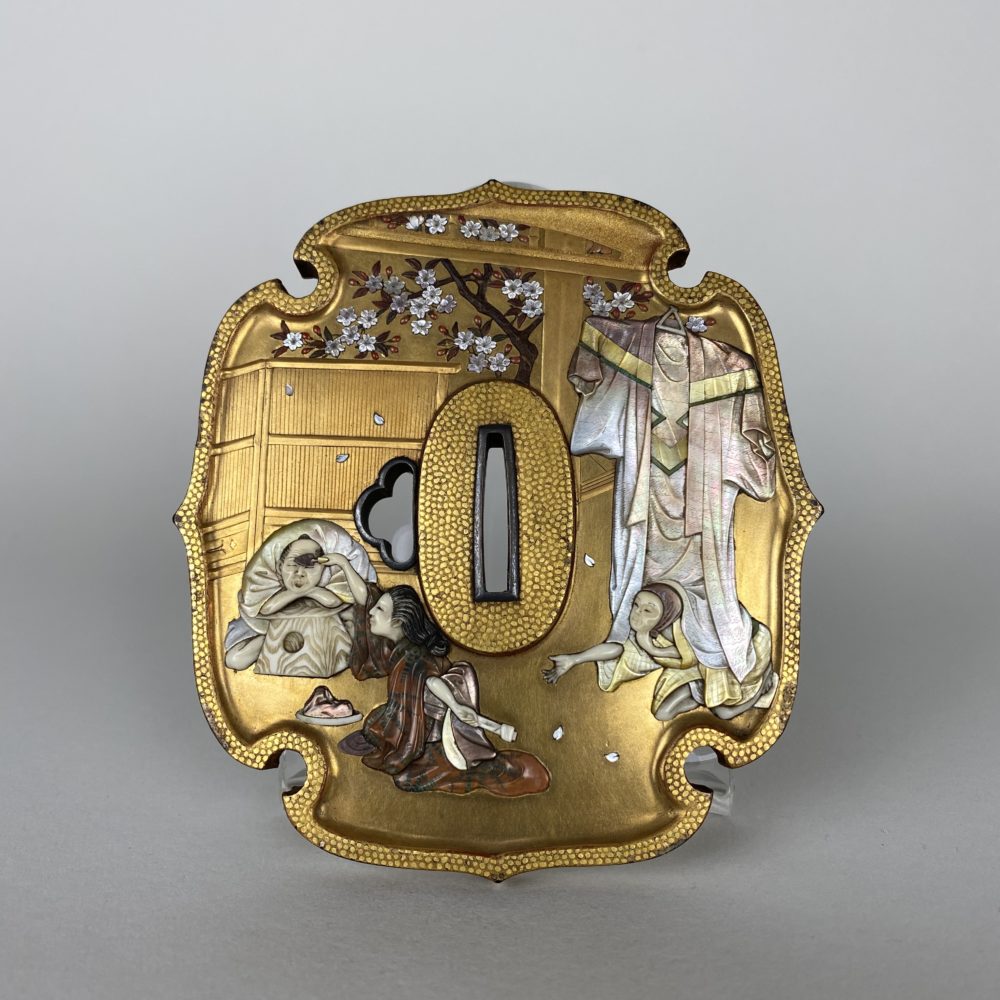