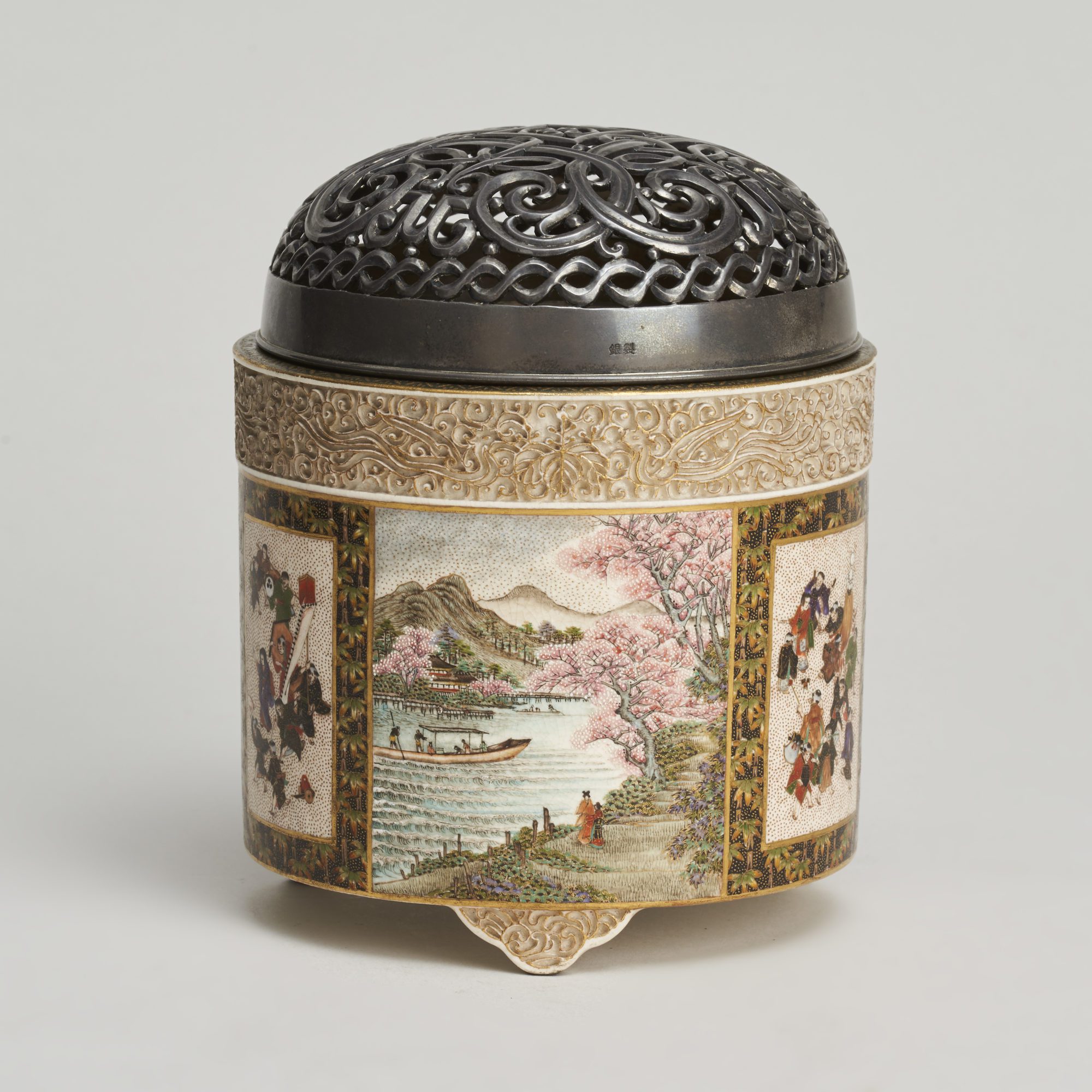 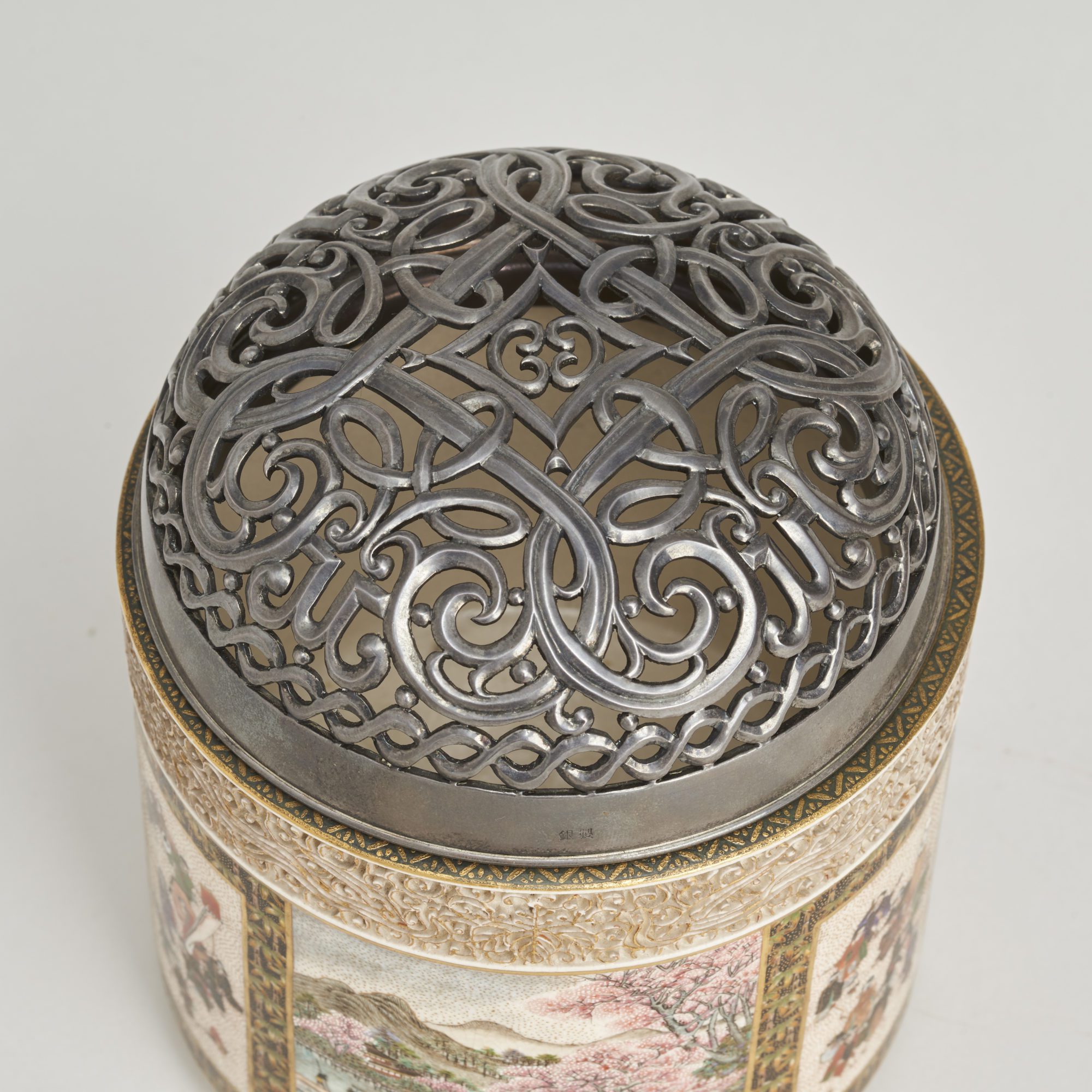 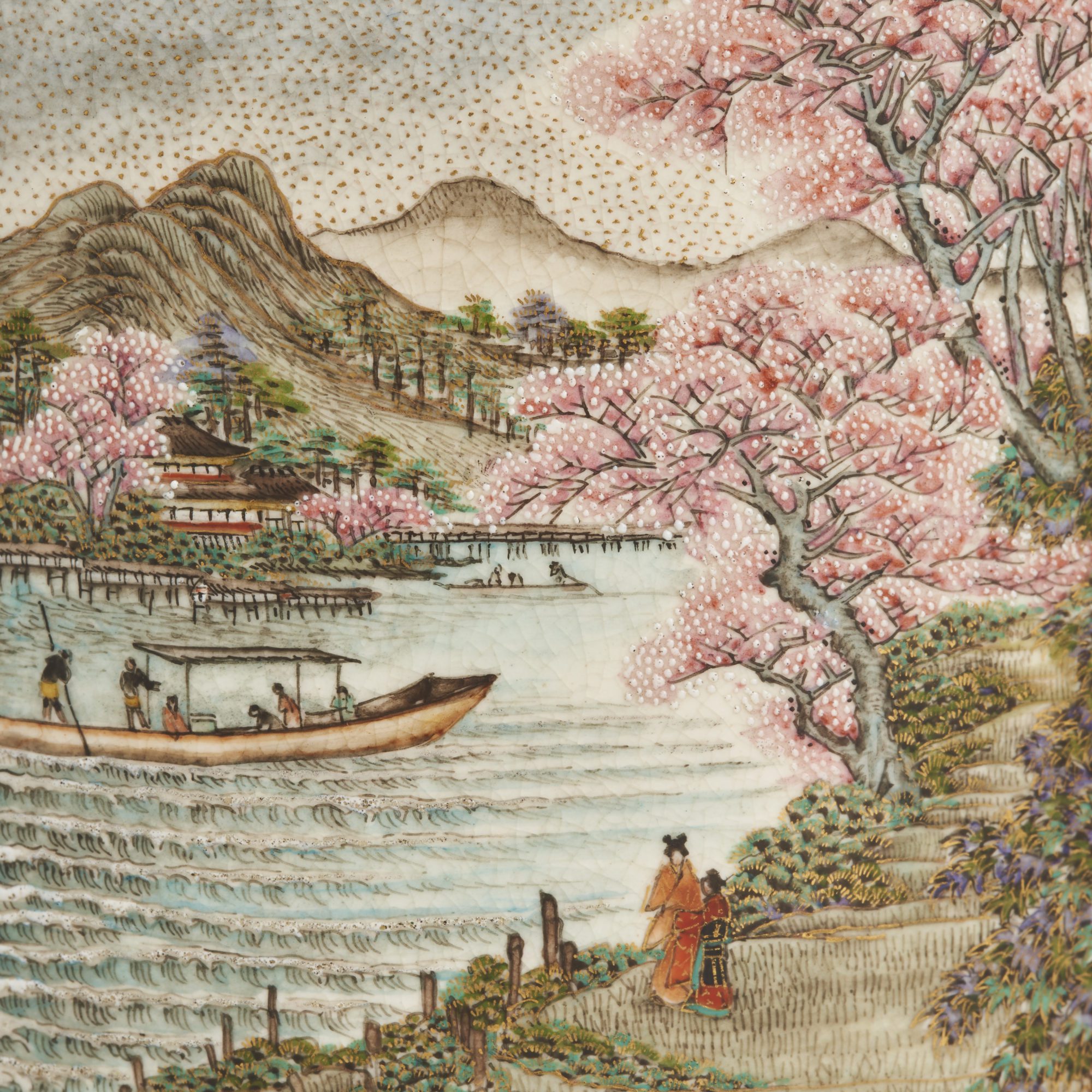 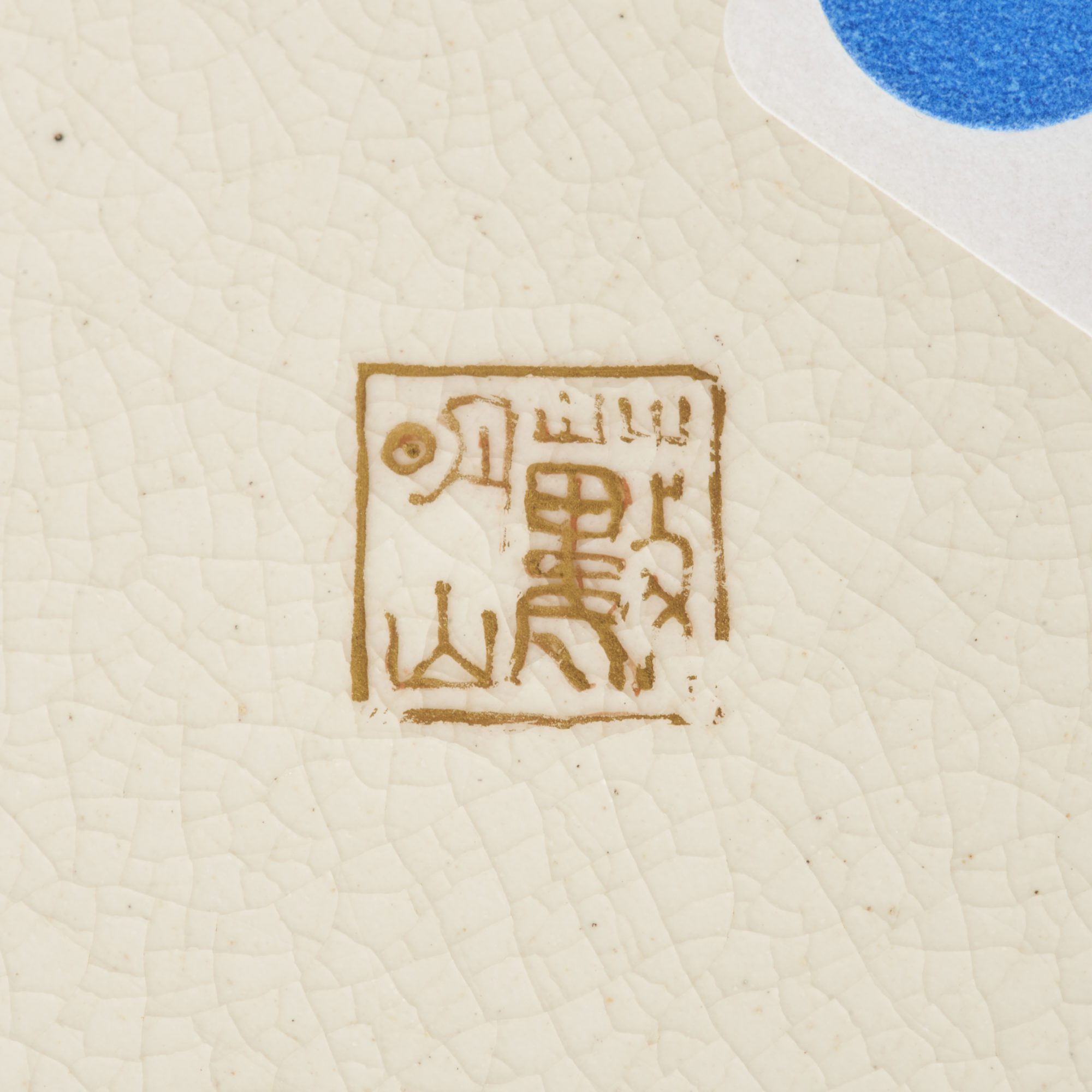 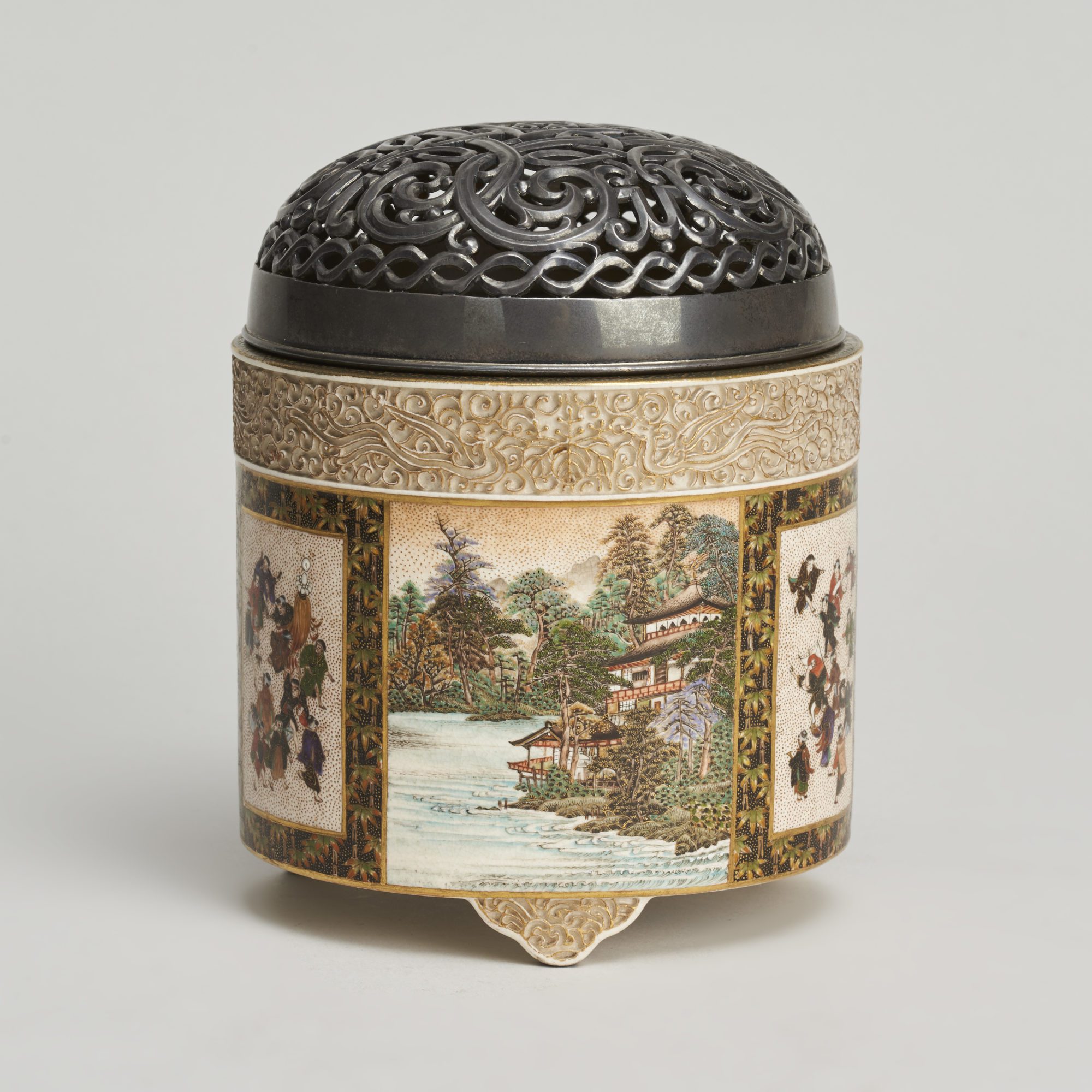 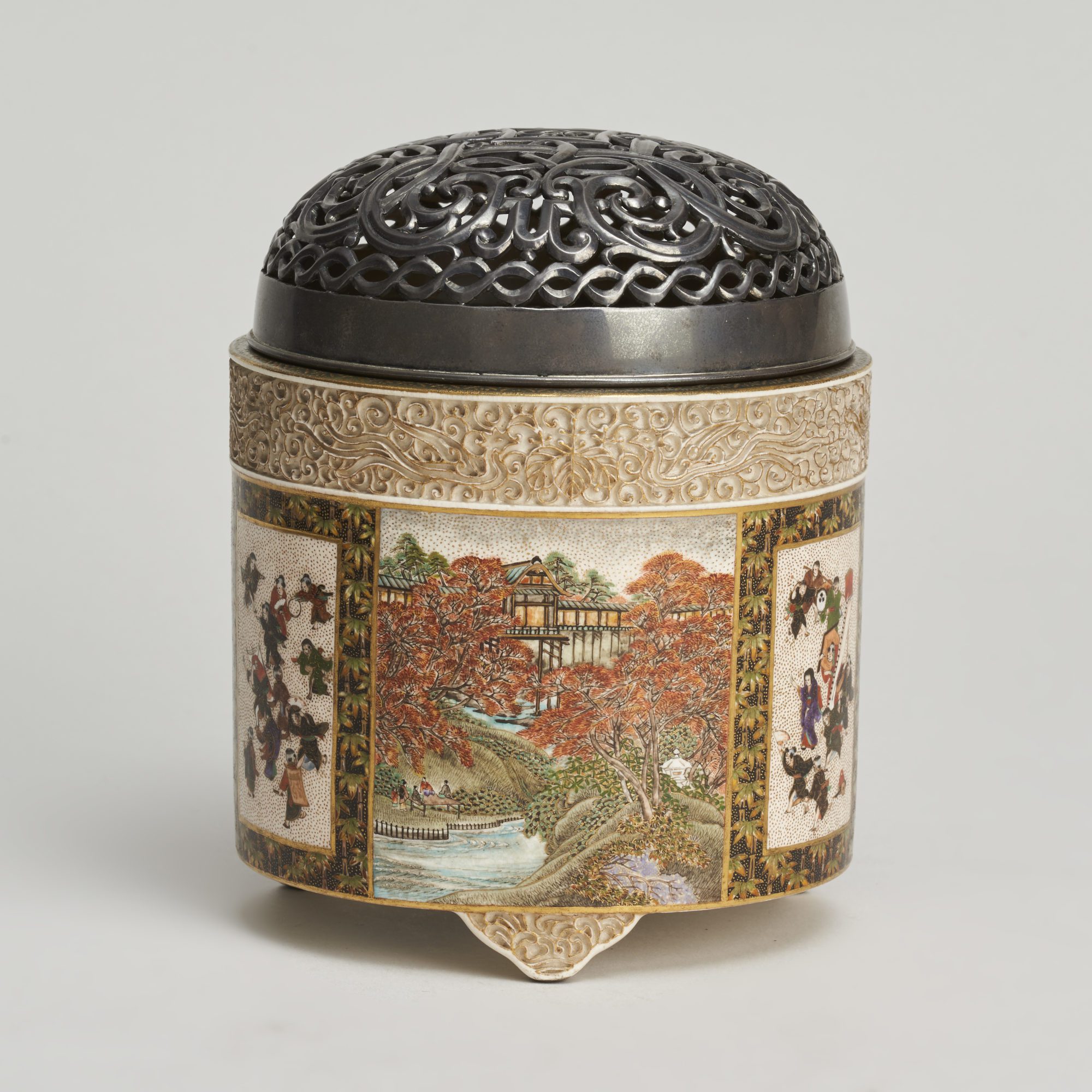 In Japan the changing of the seasons marked by different plants and flowers is very significant, viewing parties and festivals are popular the most well know of these being the cherry blossom festival in the spring, less well known is the celebration of the changing acer leaves (Japanese maple) in the Autumn. Vases depicting two or four seasons would be rotated as the seasons changed.

Yabu Meizan is widely seen as one of the greatest Satsuma artists, he is certainly the most popular with his works fetching very high prices at auction, especially his miniatures.  He trained in Tokyo and Awaji before setting up his own studio in Osaka in 1880, he retired in 1926. 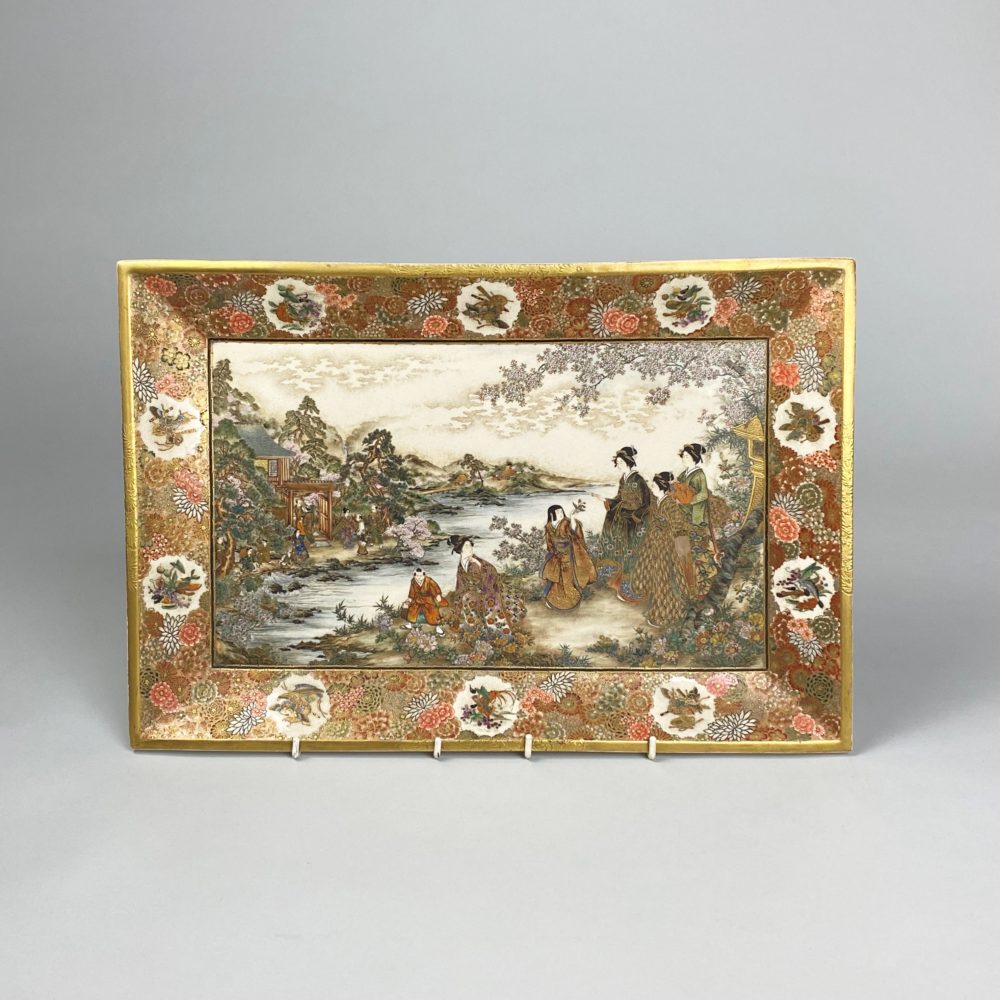 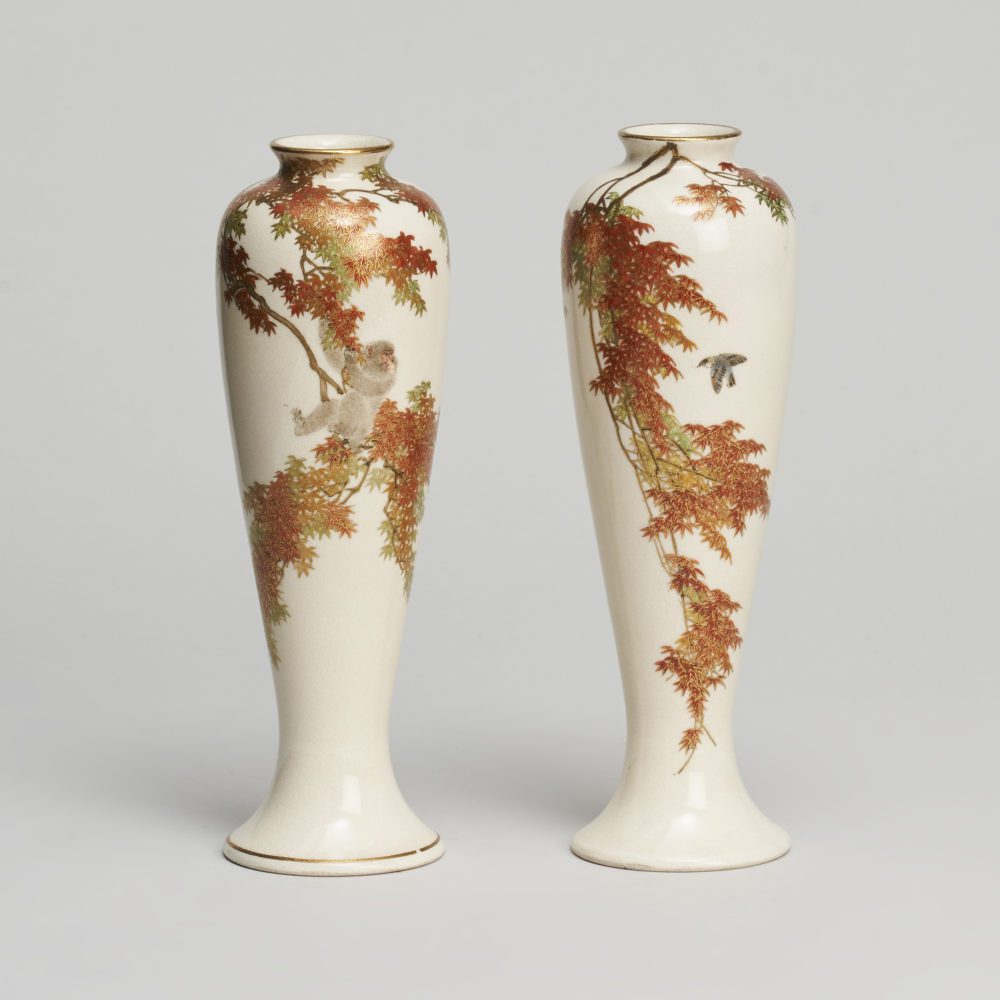