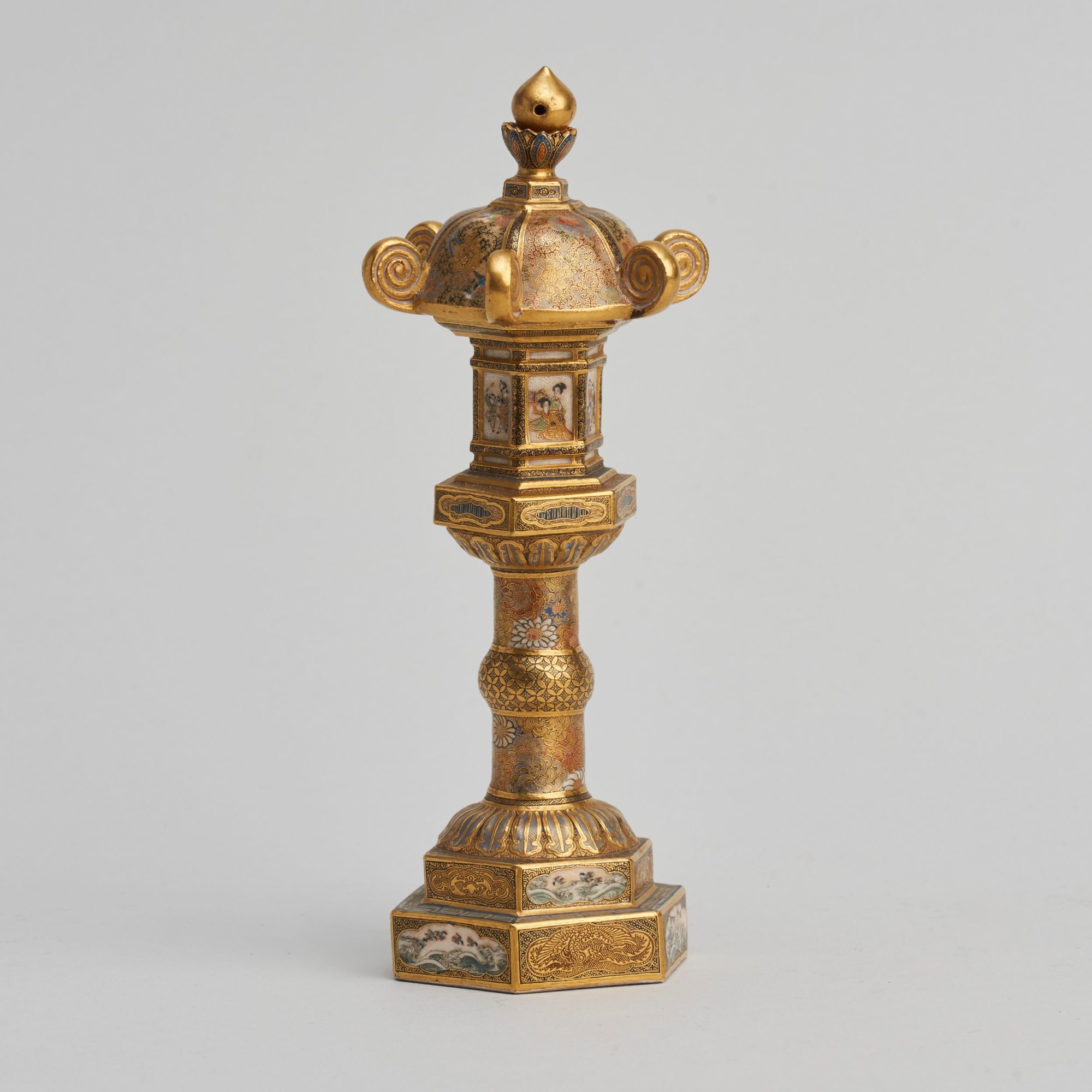 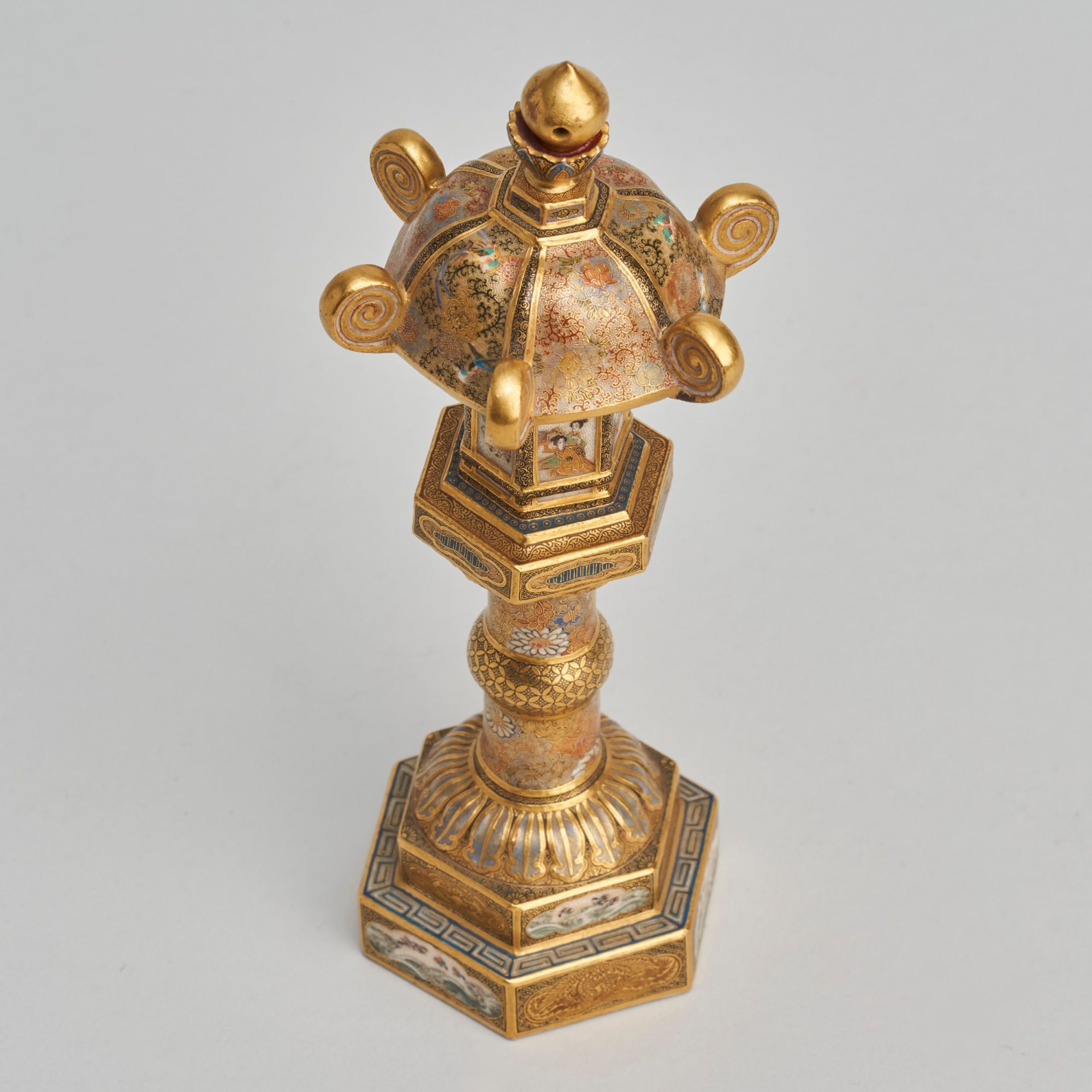 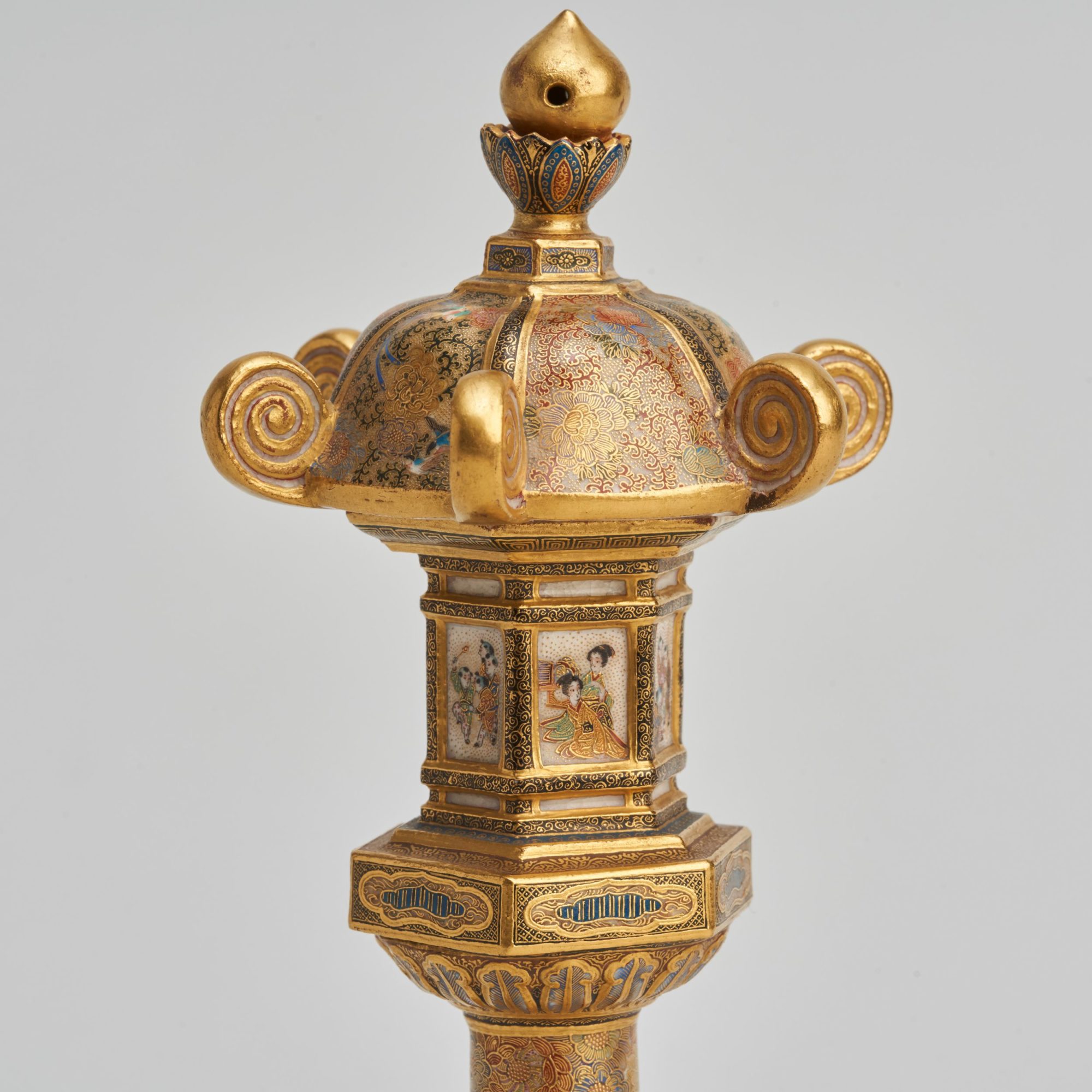 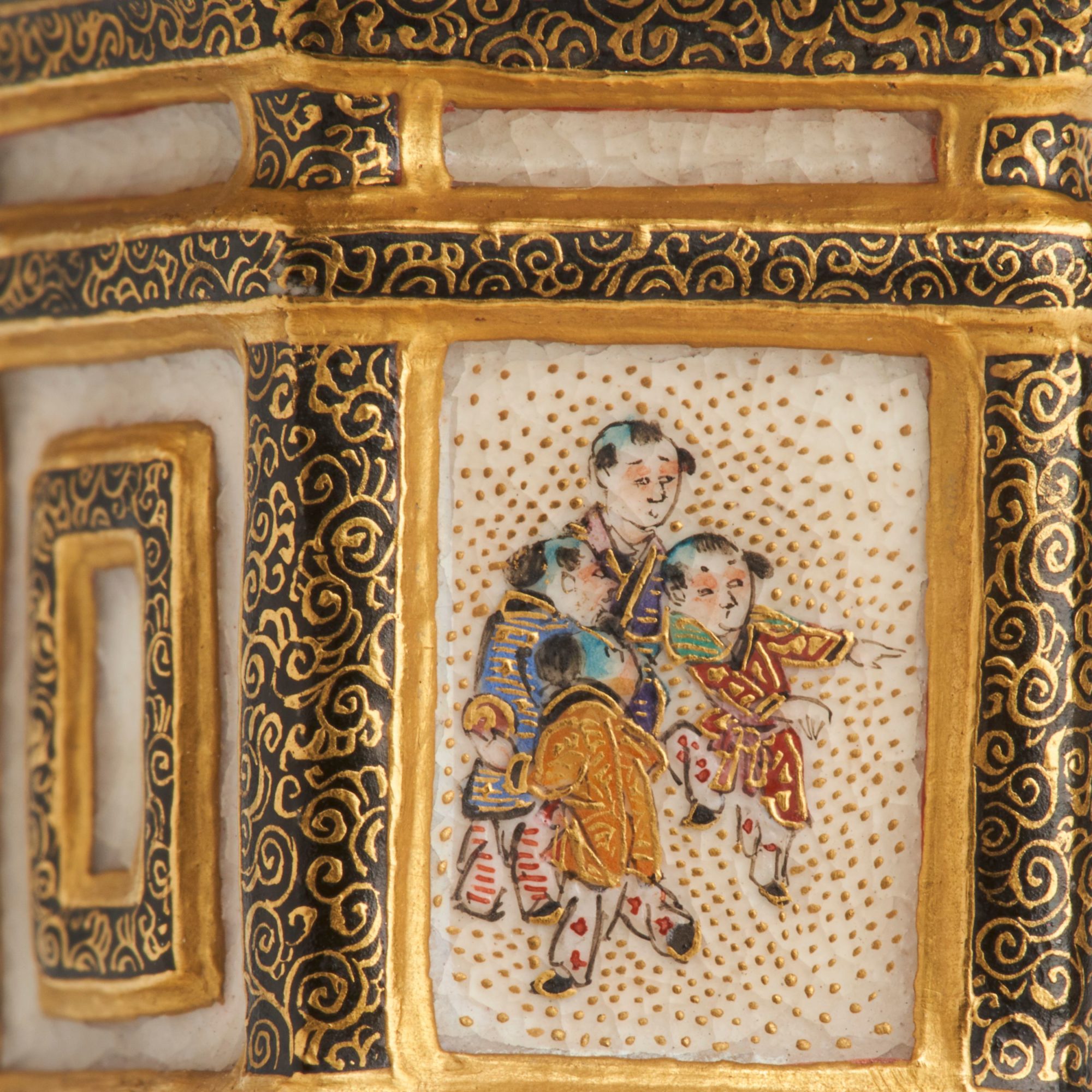 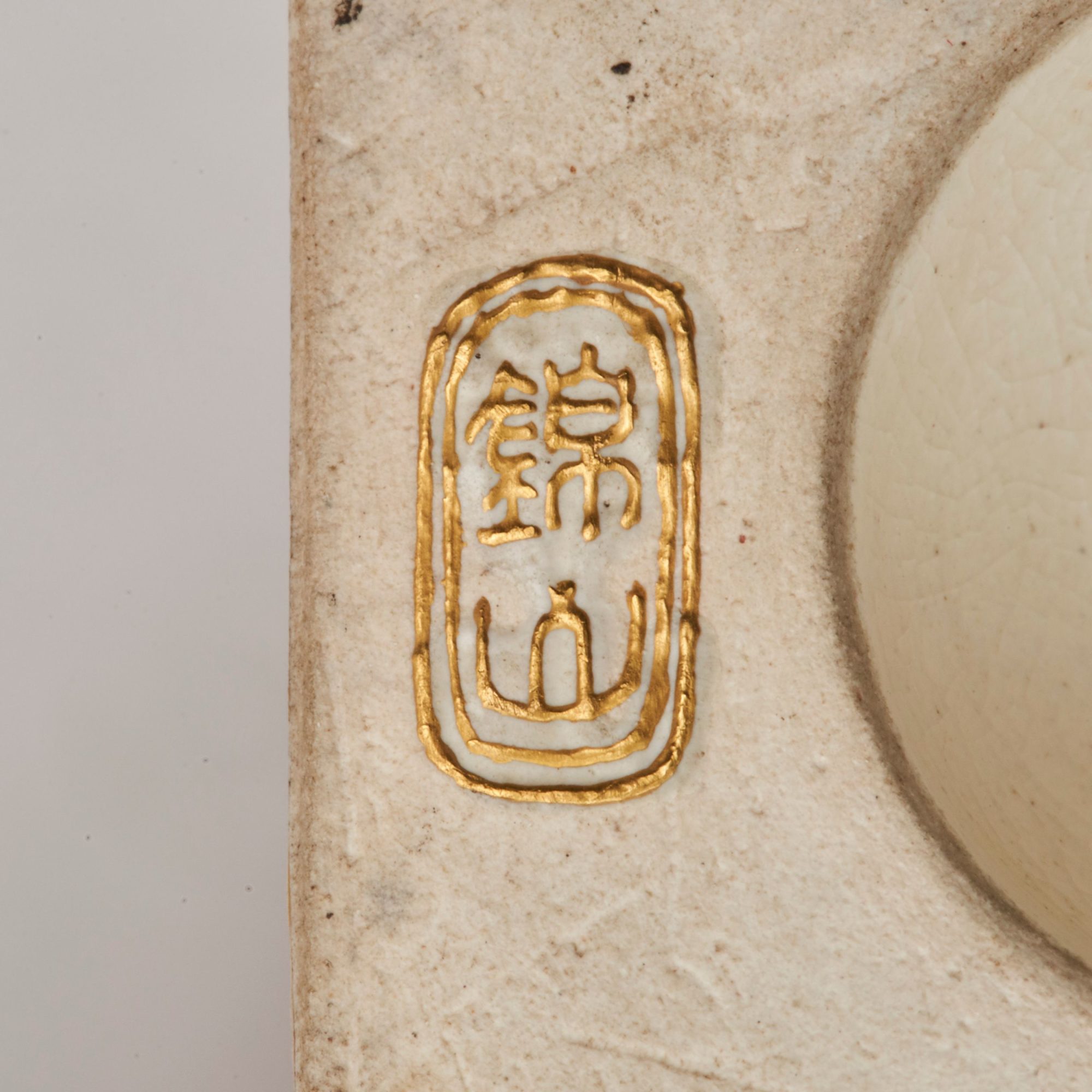 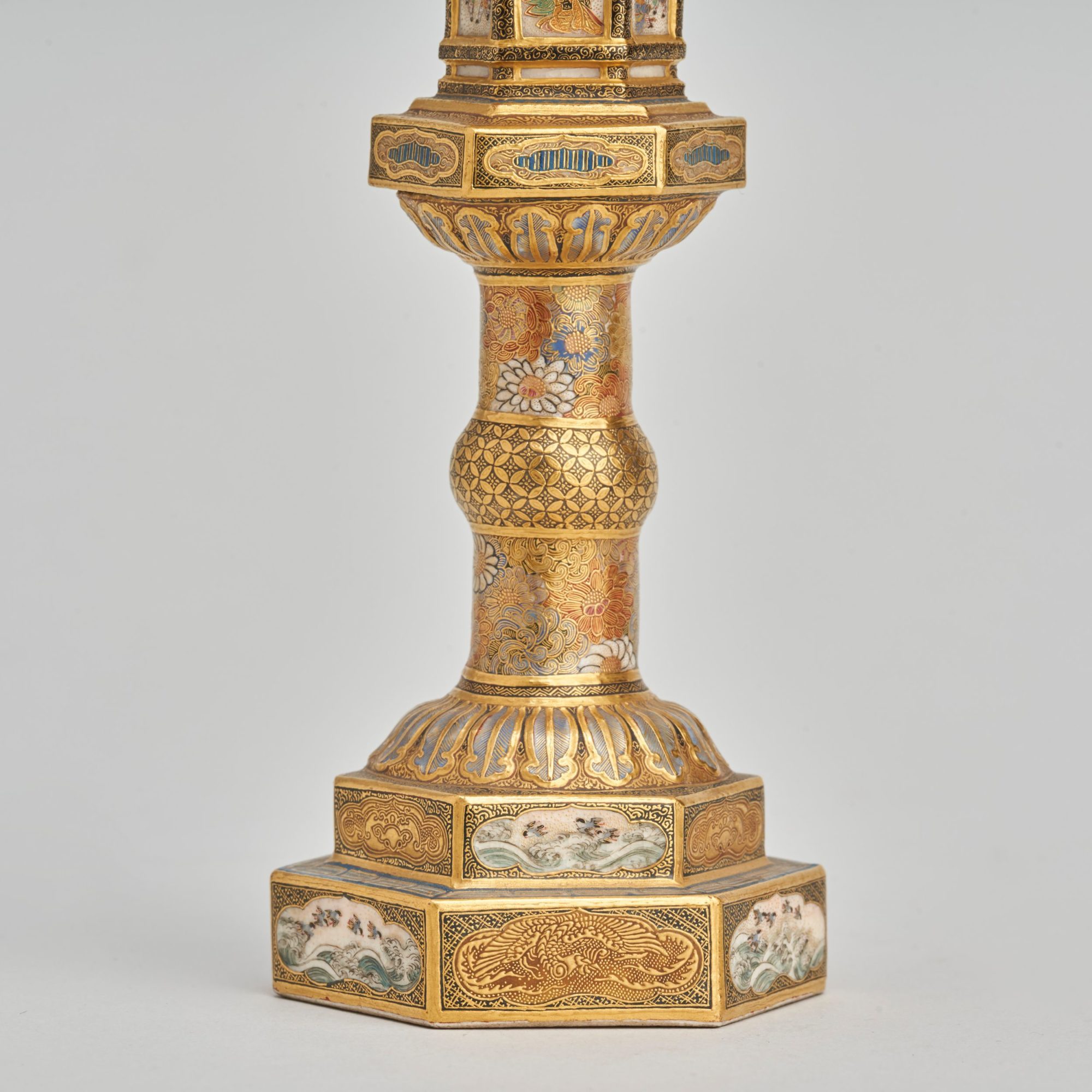 A Japanese 19th Century model of a miniature Toro (lantern) with very fine paintings of bijin and karaco at play on a complex golden ground with birds and peonies.

Karaco refers to depictions of Chinese Tang Dynasty children as decoration on ceramics and other artworks, they wear traditional Chinese dress and have hair gathered into top knots and shaves at the sides. They symbolise the innocence of childhood.

A toro is a traditional Japanese lantern, often made out of stone and common around Buddhist or Shinto temples. 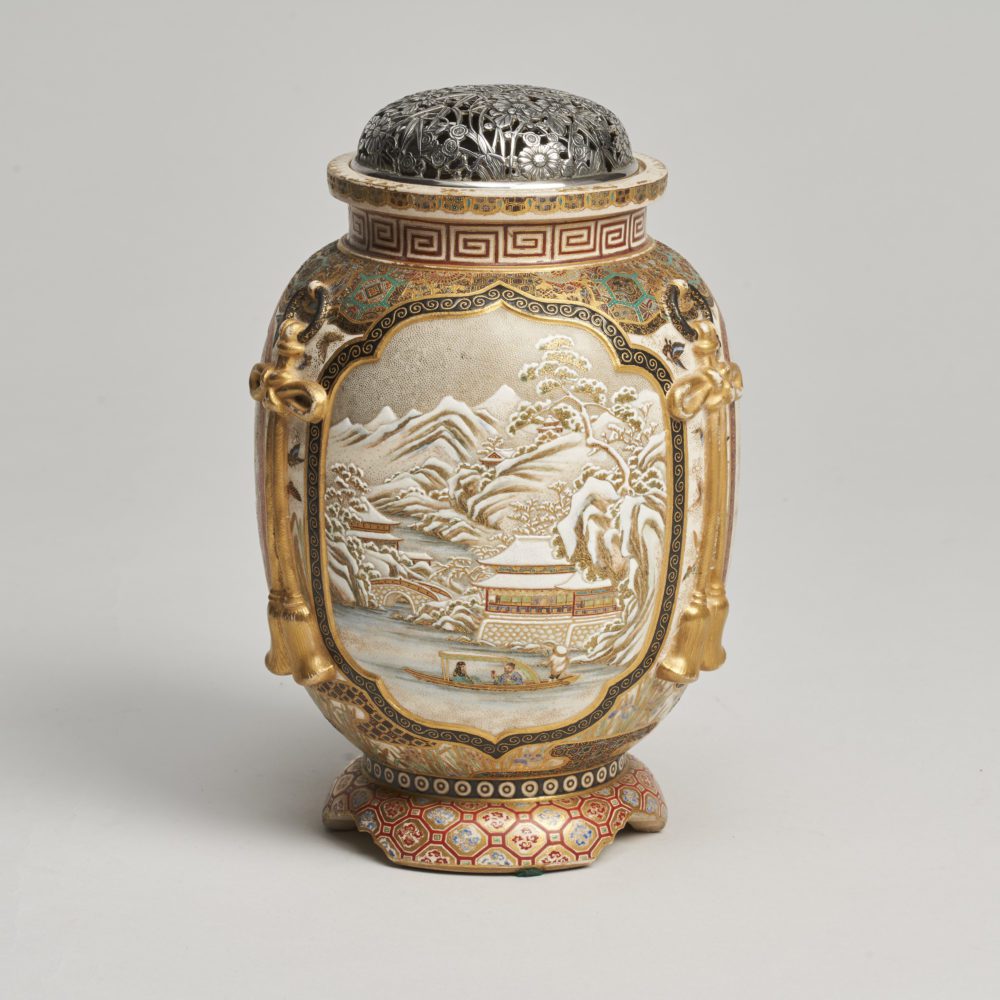 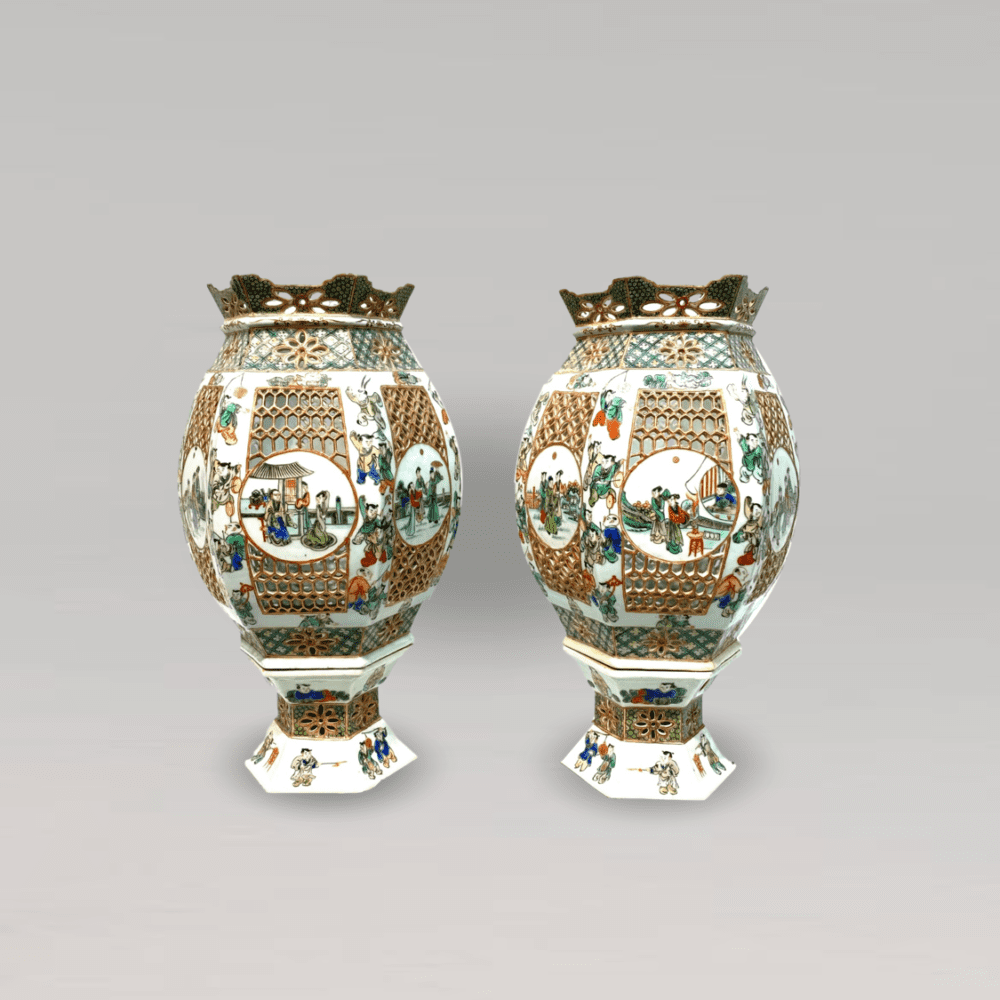