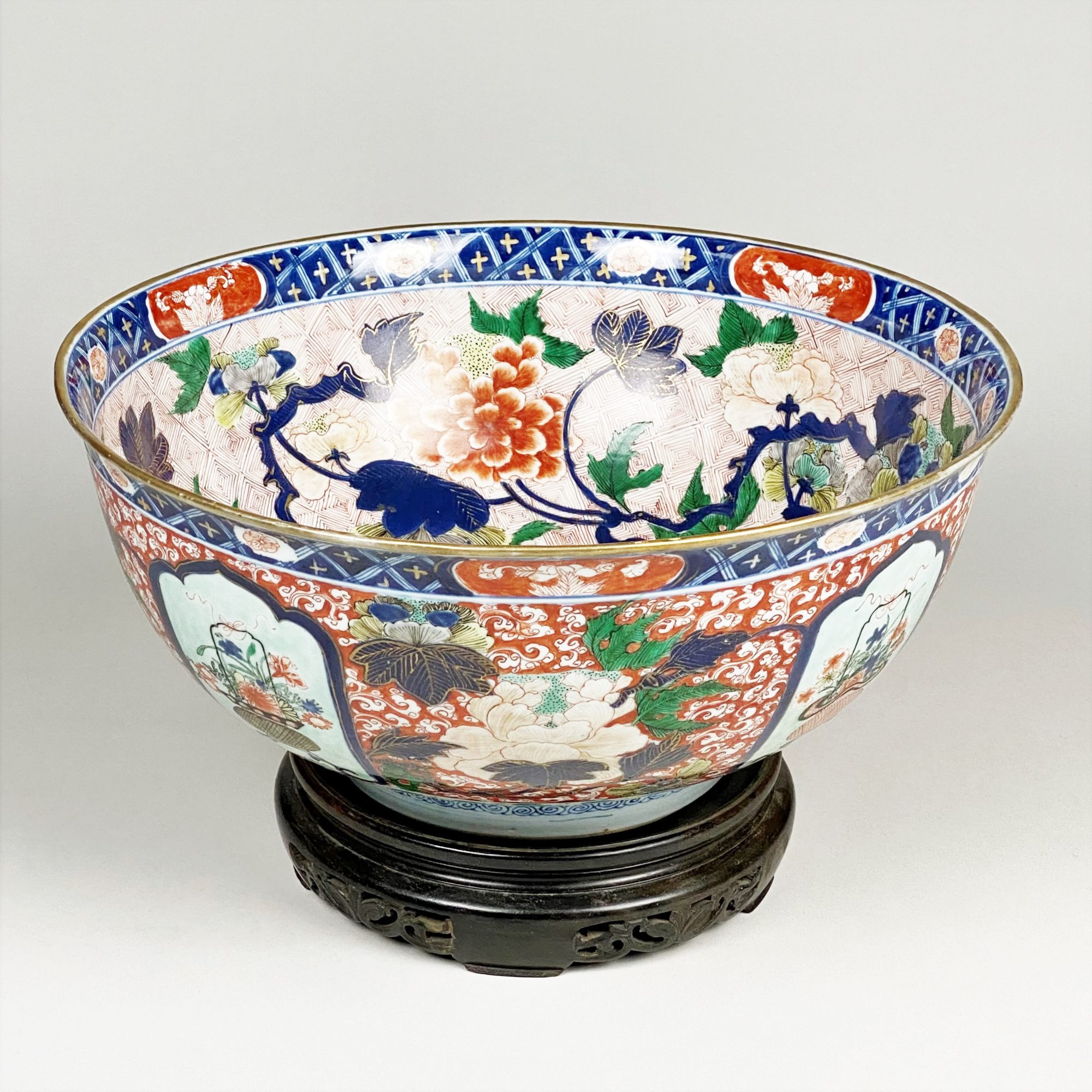 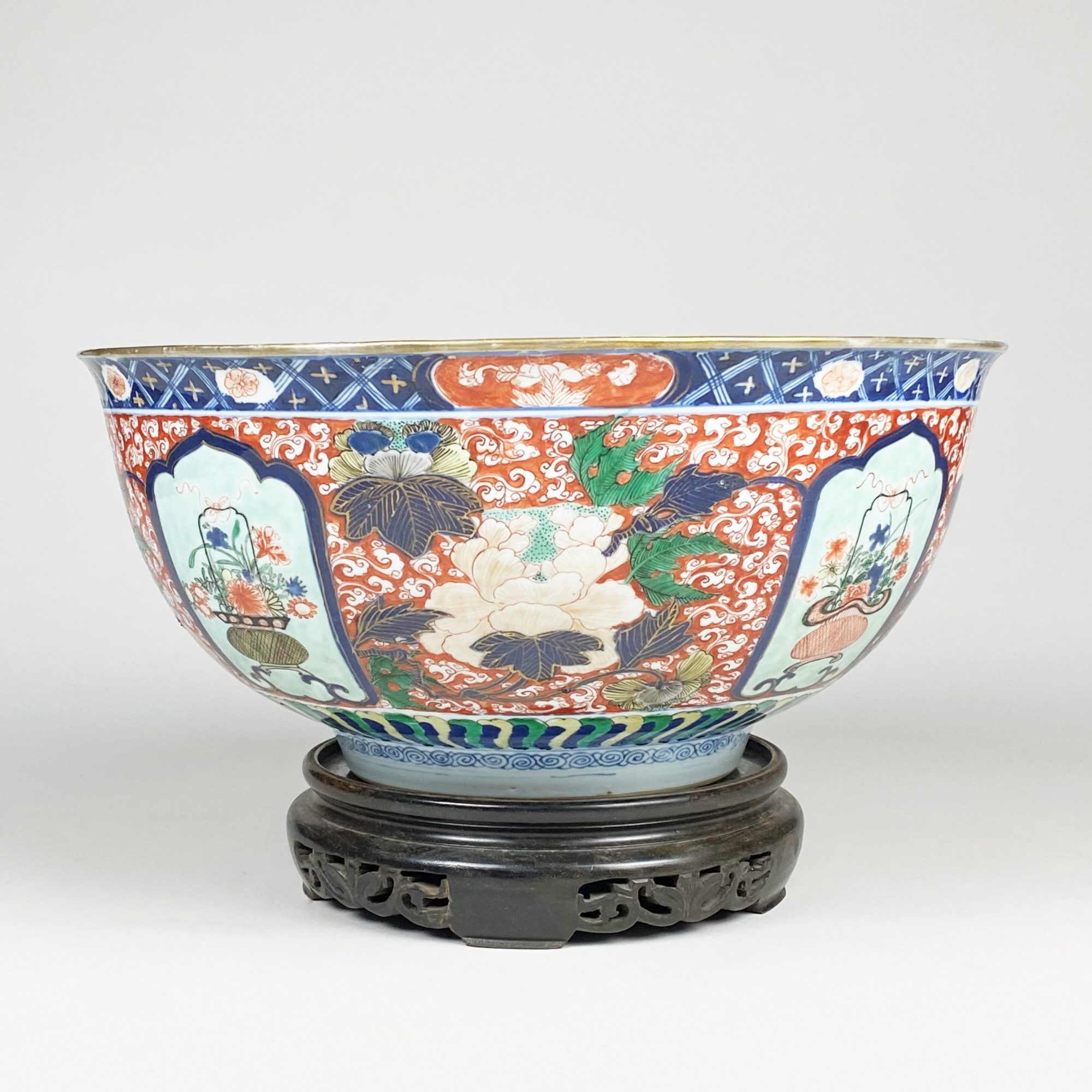 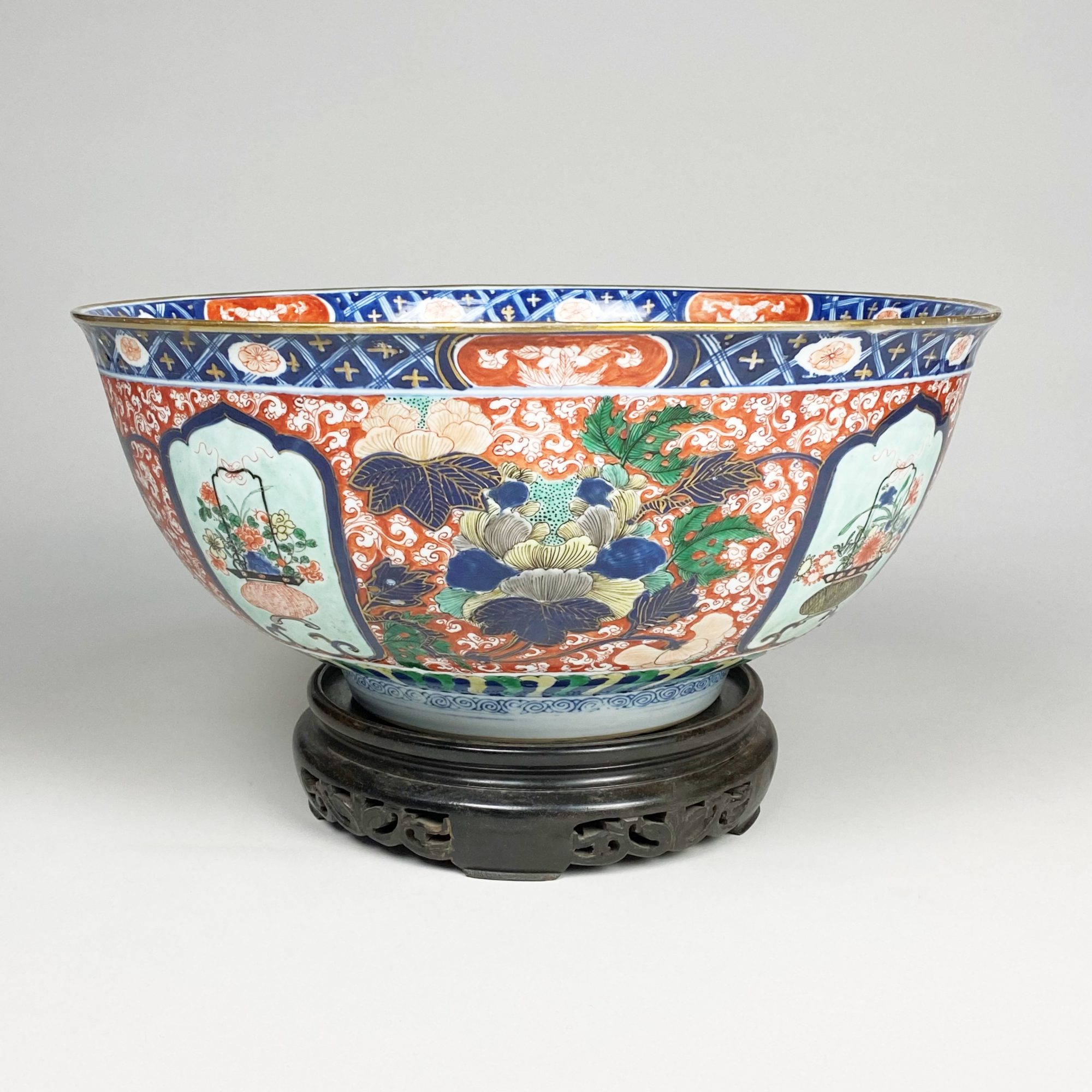 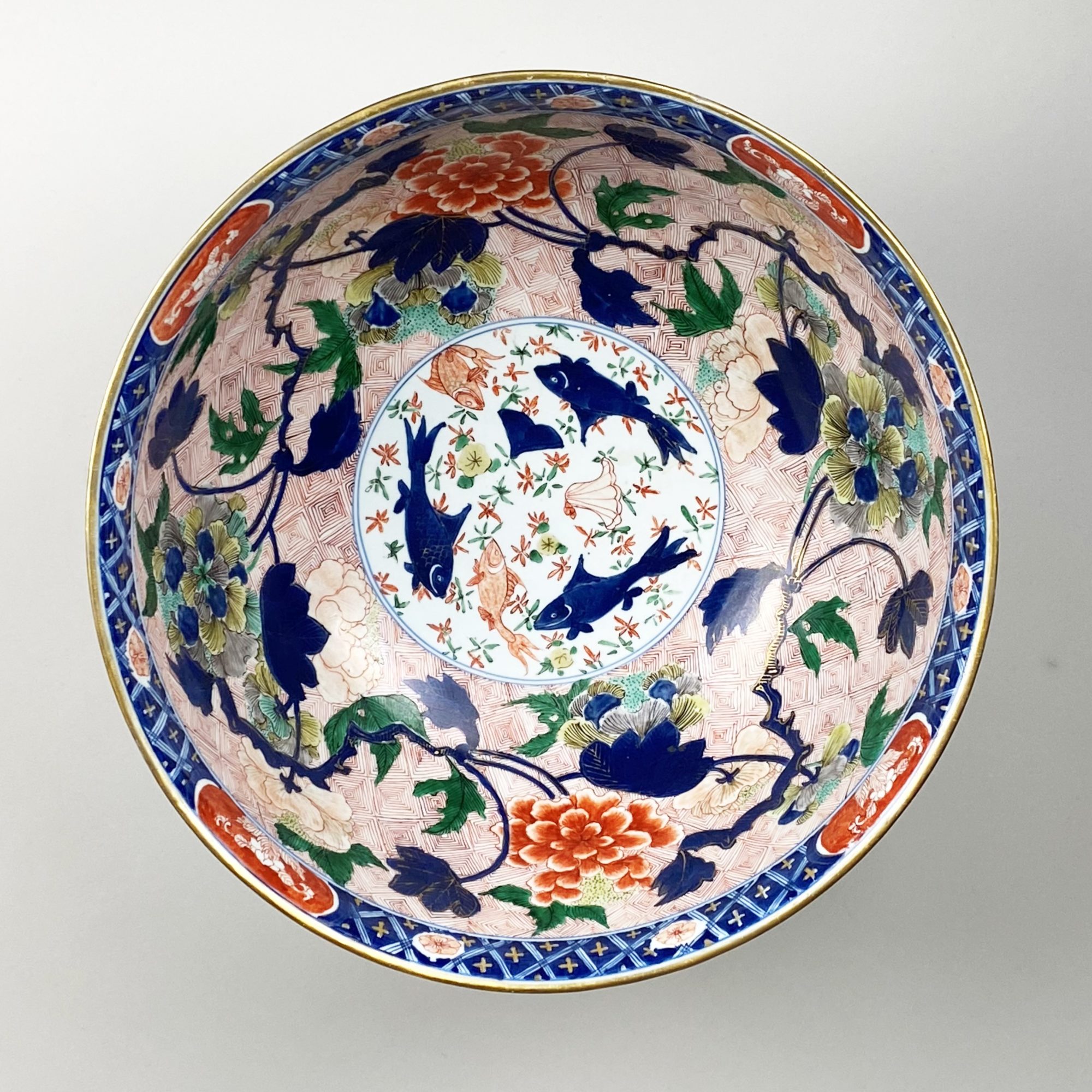 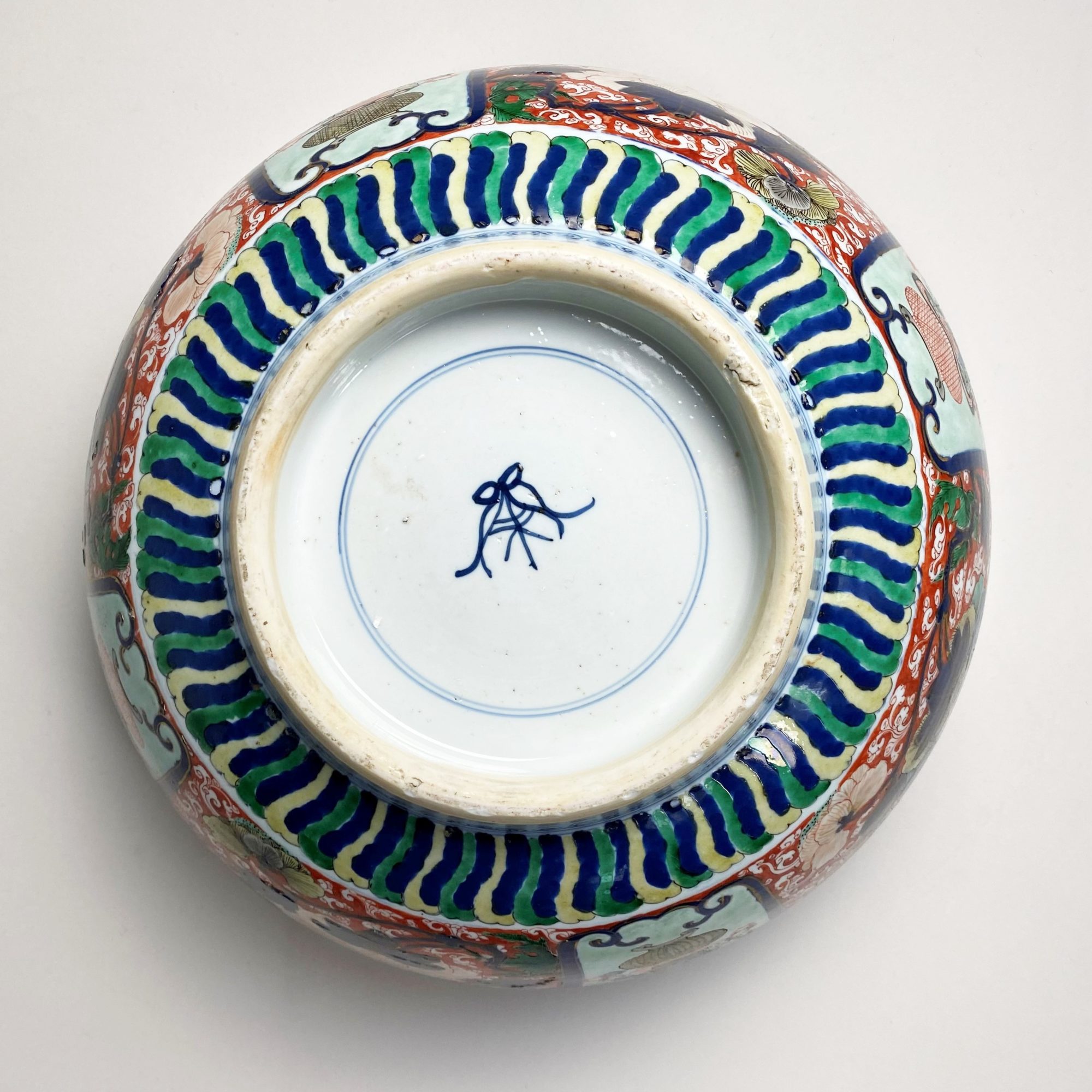 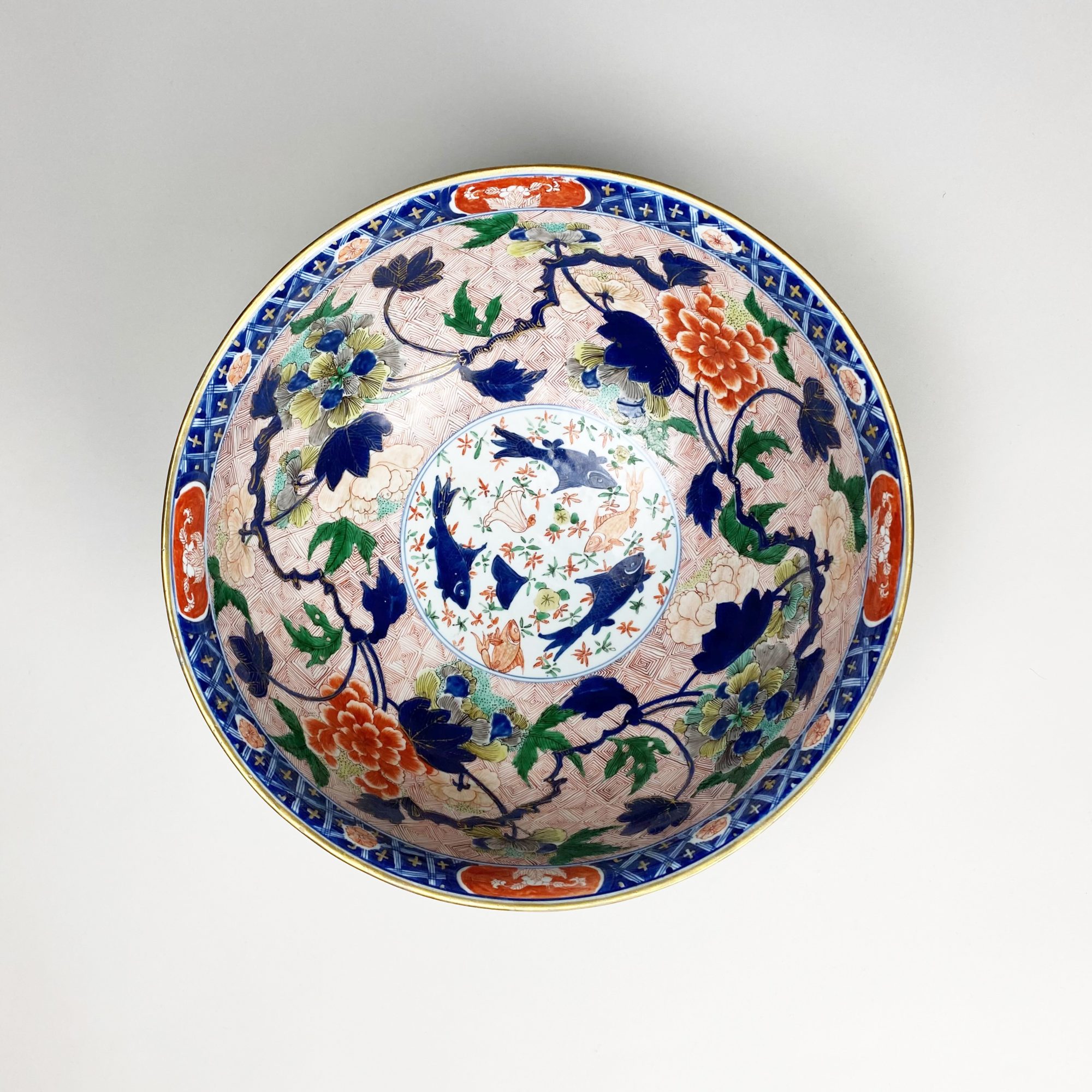 The interior of the bowl with more foliage and Peonies above a pond or well with blue and red fish.

Offered in good condition. Please don’t hesitate to contact us for more information.

In China it is believed that fish represent wealth and prosperity, this is because the world for fish ‘Pinyin’ also means abundance.

The peony is one of the symbols of China, the name in Chinese translates to most beautiful and it is often used in important and religious ceremonies as it has connotations of royalty and honour.

The Kang Hsi Emperor was the fourth Emperor of the Qing Dynasty, he reigned for 61 years from 1661 to 1722, making him the longest reigning Chinese Emperor. He is also considered one of the greatest Emperors of China, winning many political and military wars and promoting the Chinese arts and culture, blue and white porcelain from his reign is viewed as the best example of this art form. 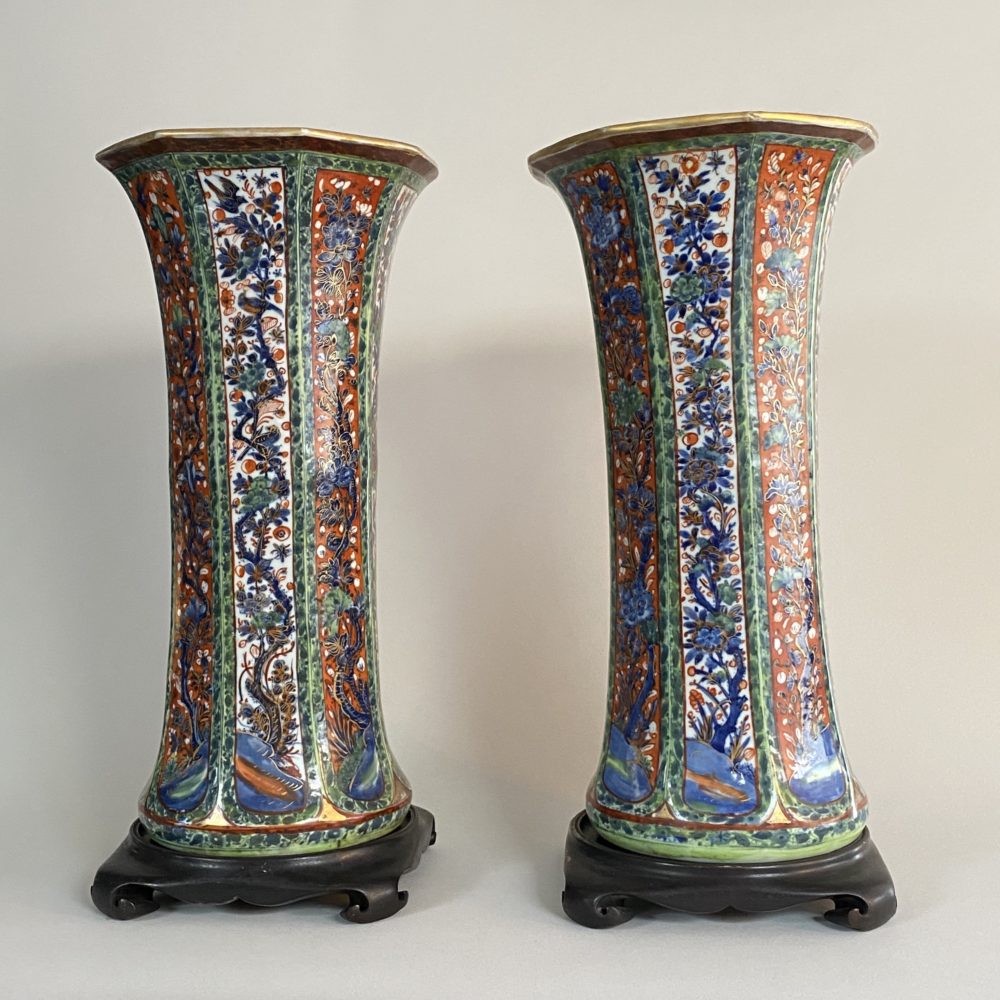 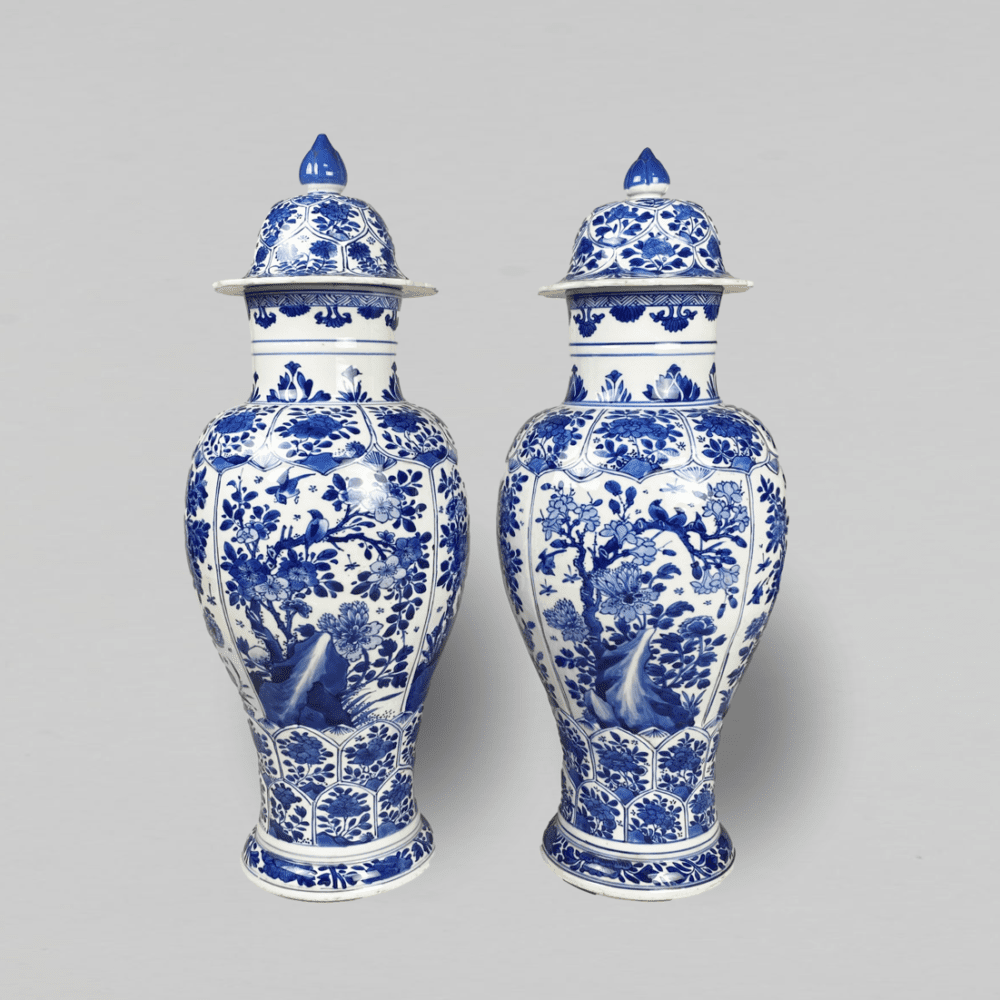