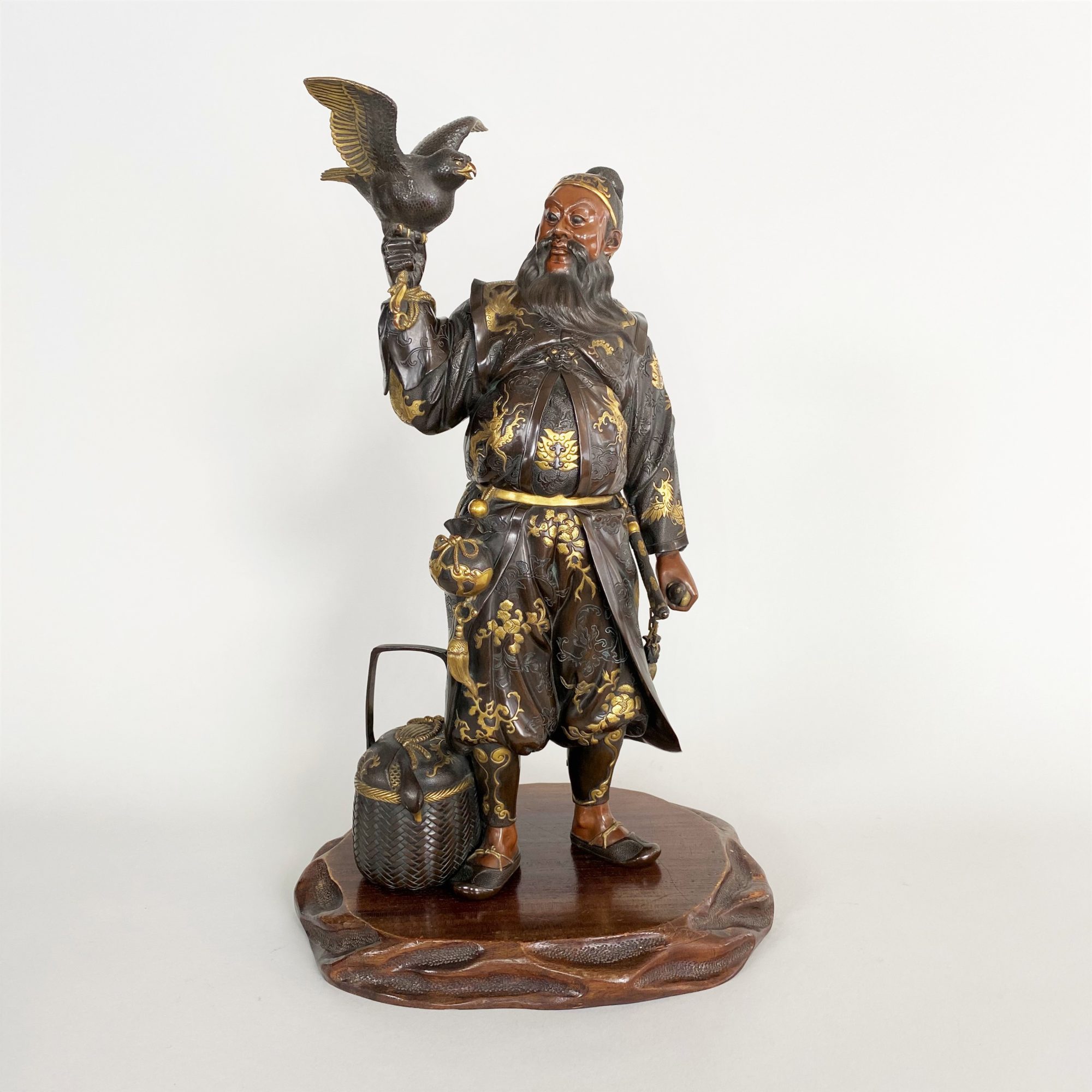 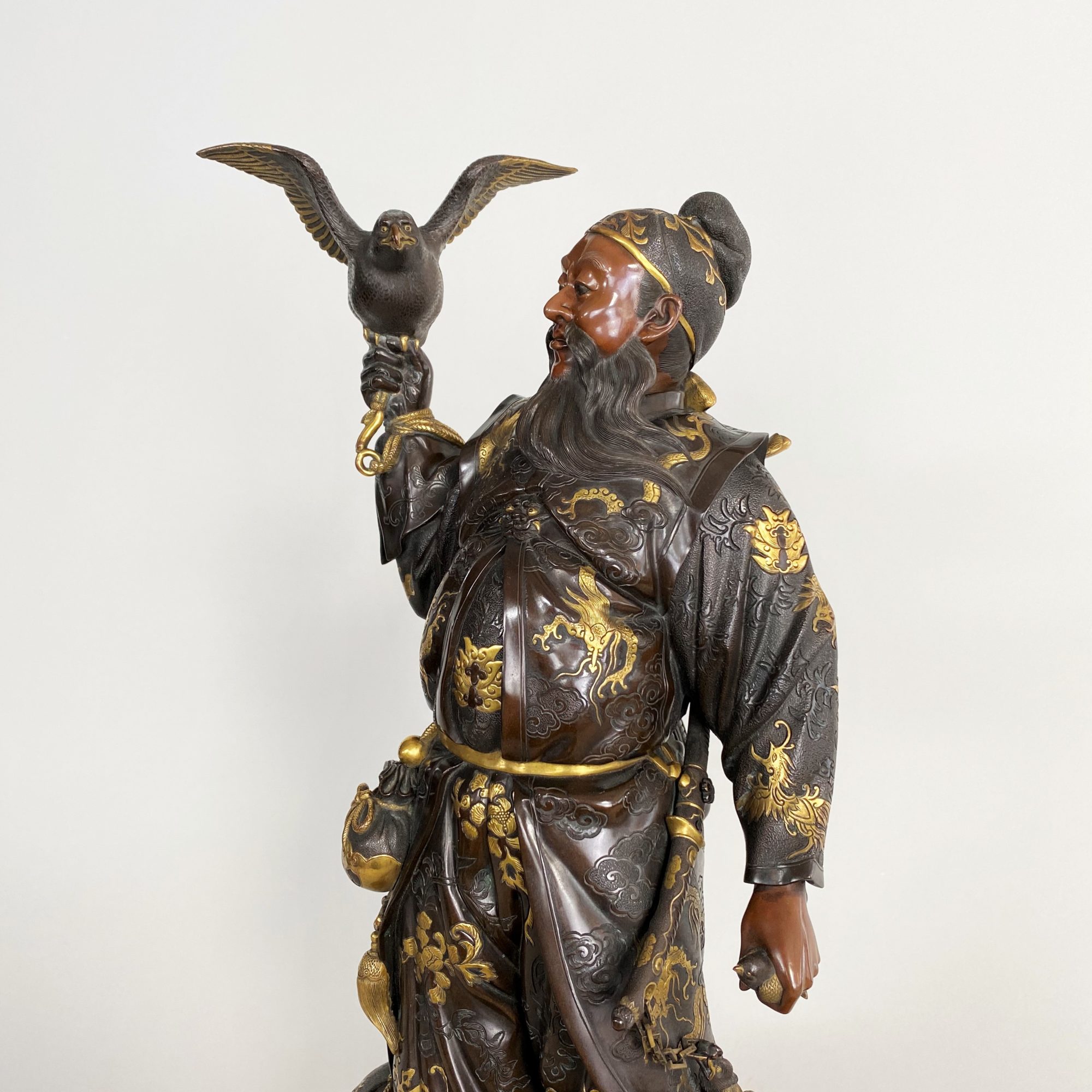 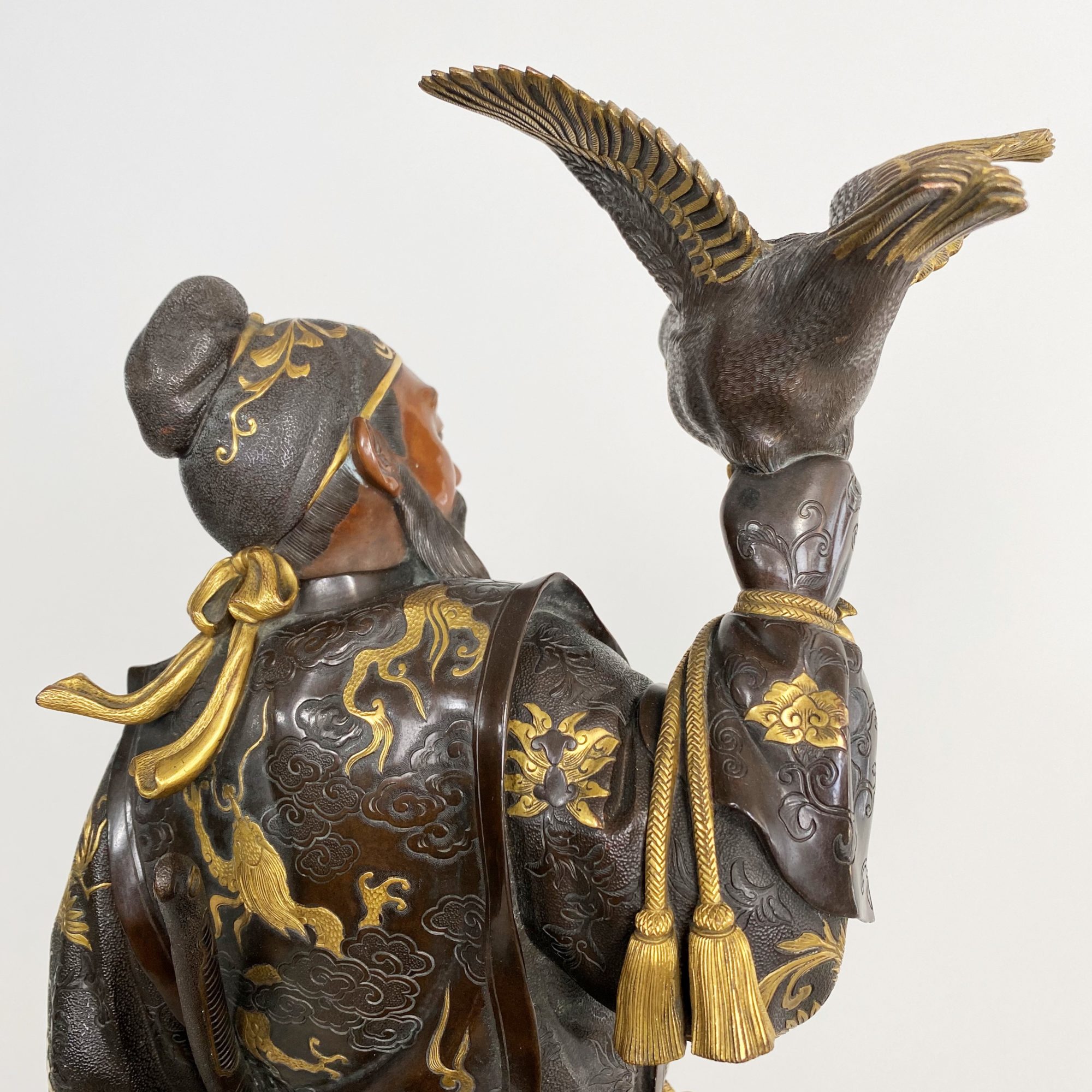 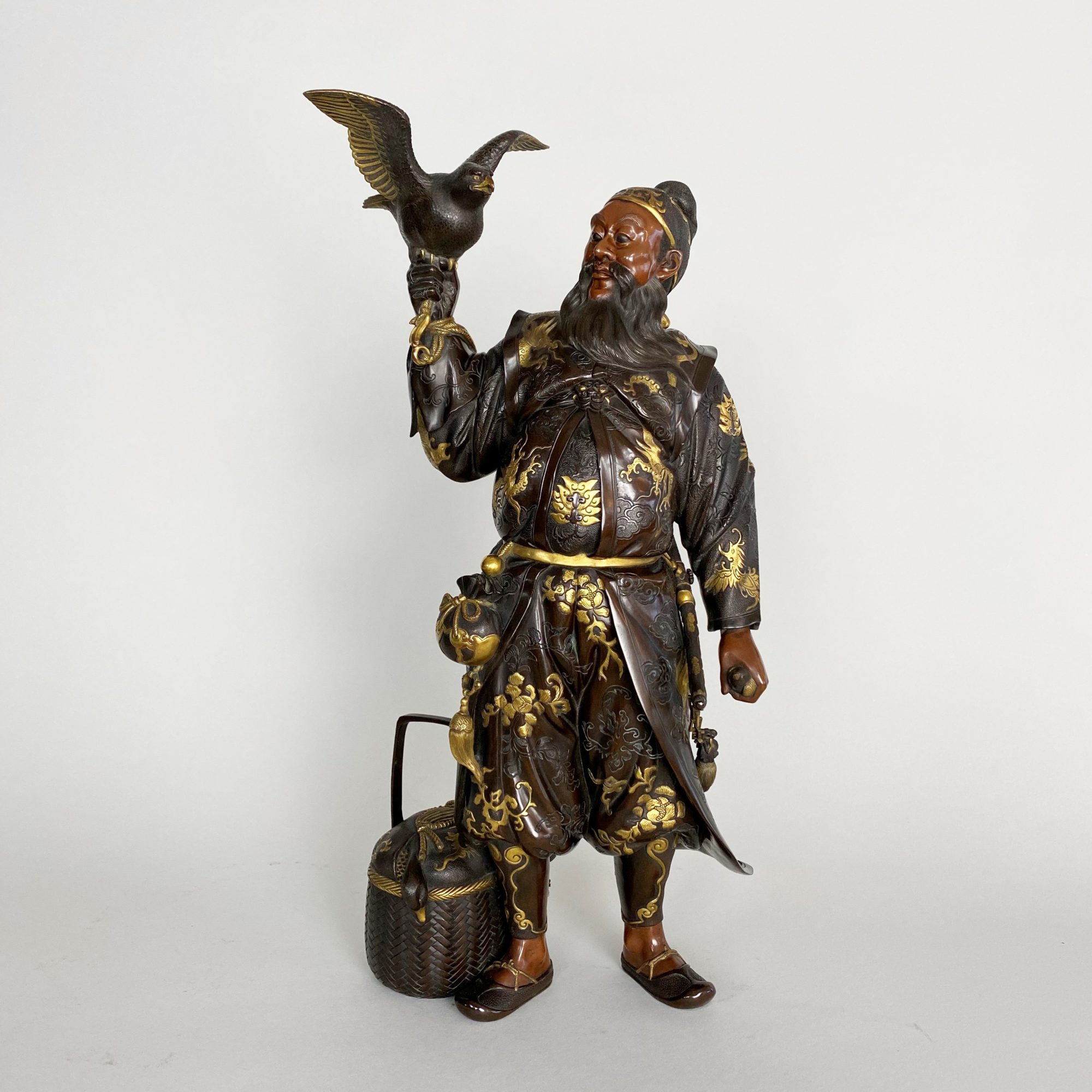 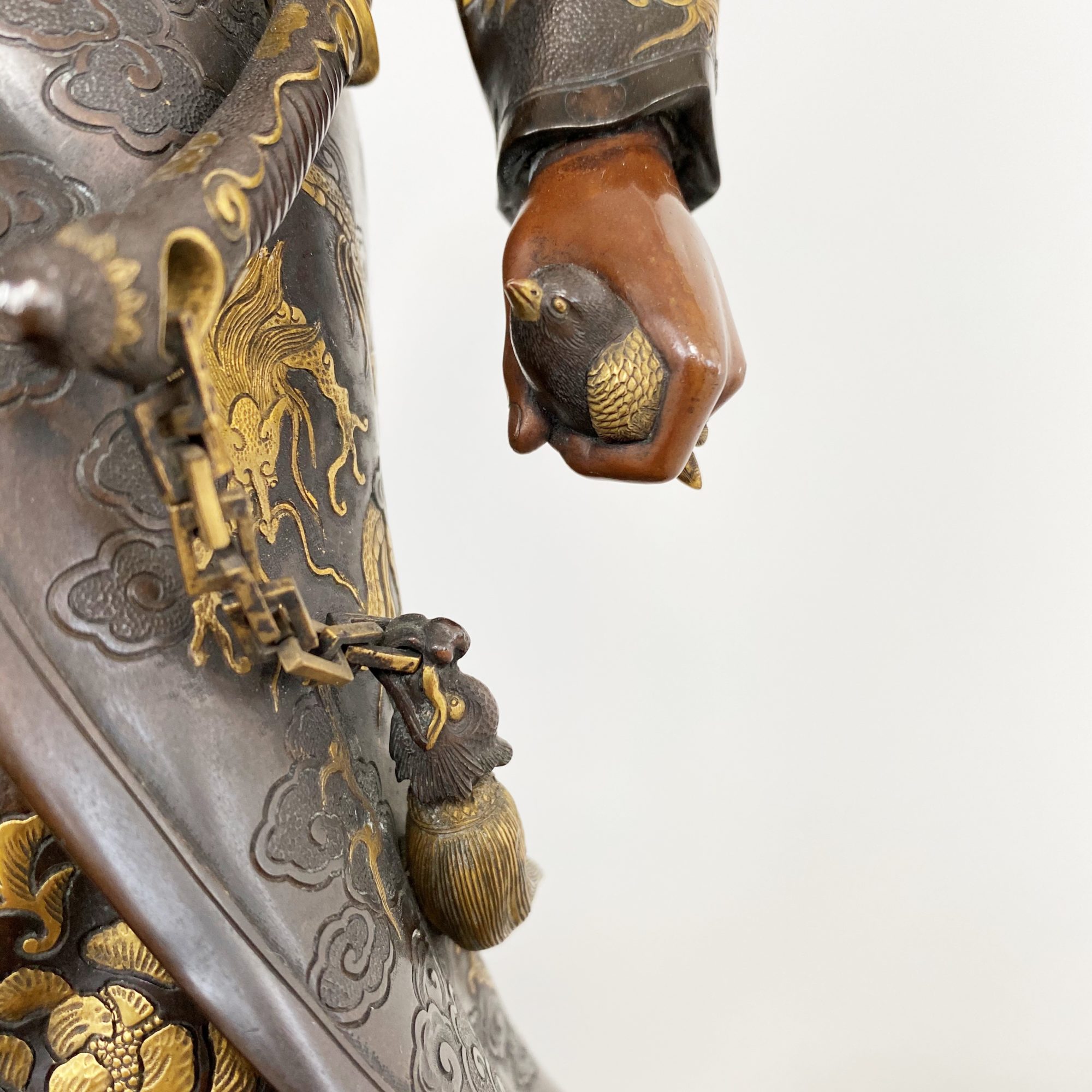 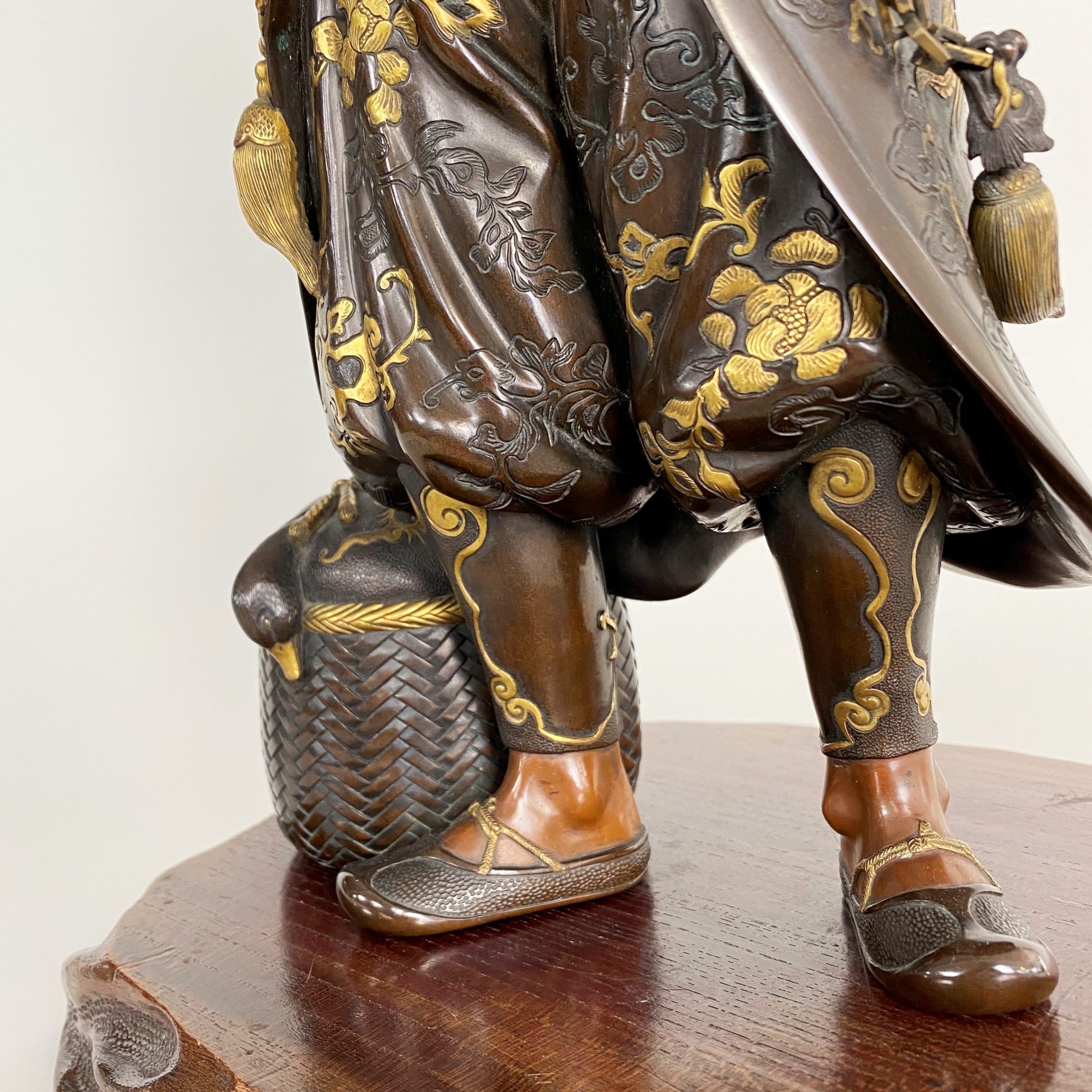 This fascinating Bronze and gilded Okimono depicting a Samurai hunter at work.

This statue portrays a fearsome Hunter with an adult Hawk gripped in his gloved right hand and an infant bird peering out of his left. The hawk, with wings outstretched set for flight.

At his feet, a large, covered wicker basket barely contains his bounty including a rather unfortunate looking duck.

The hunters impressive beard blows in the wind and his robes are adorned with gilded dragons, Ho Ho Birds and a Lion dog clasp. He wears a sword and knife on his belt and another basket on his back containing more captured spoils.

(free) Standing on a wooden base and signed to the lower-back with the Miyao mark.

Please don’t hesitate to contact us for additional photographs or to arrange a viewing (in person or virtual).

Takagari is the Japanese word for falconry, as in the West, it was a status sport reserved for wealthy nobles that could afford to buy and house the expensive birds.
It was popular among Samurai, the Goshawk and Hawk were popular birds with the Eagle reserved for very high status individuals, it is not unusual to see favorite birds depicted in artworks of the time. 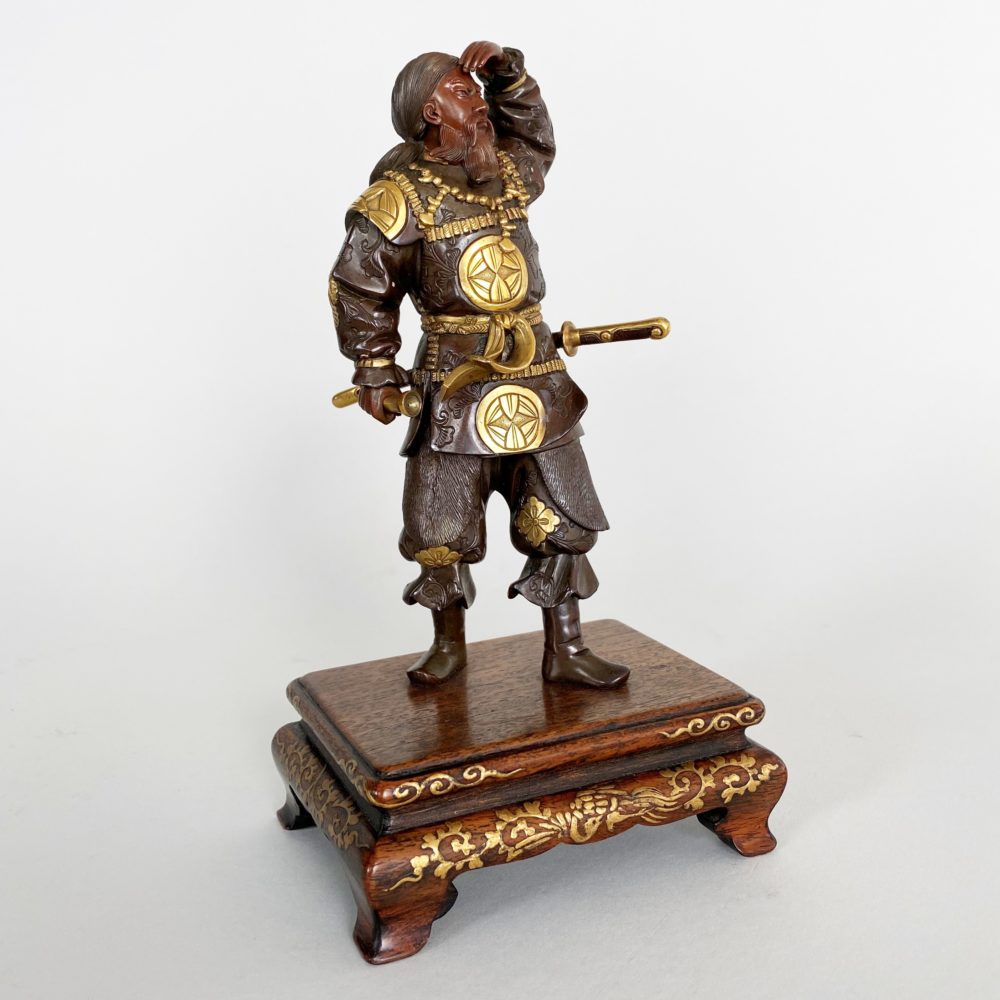 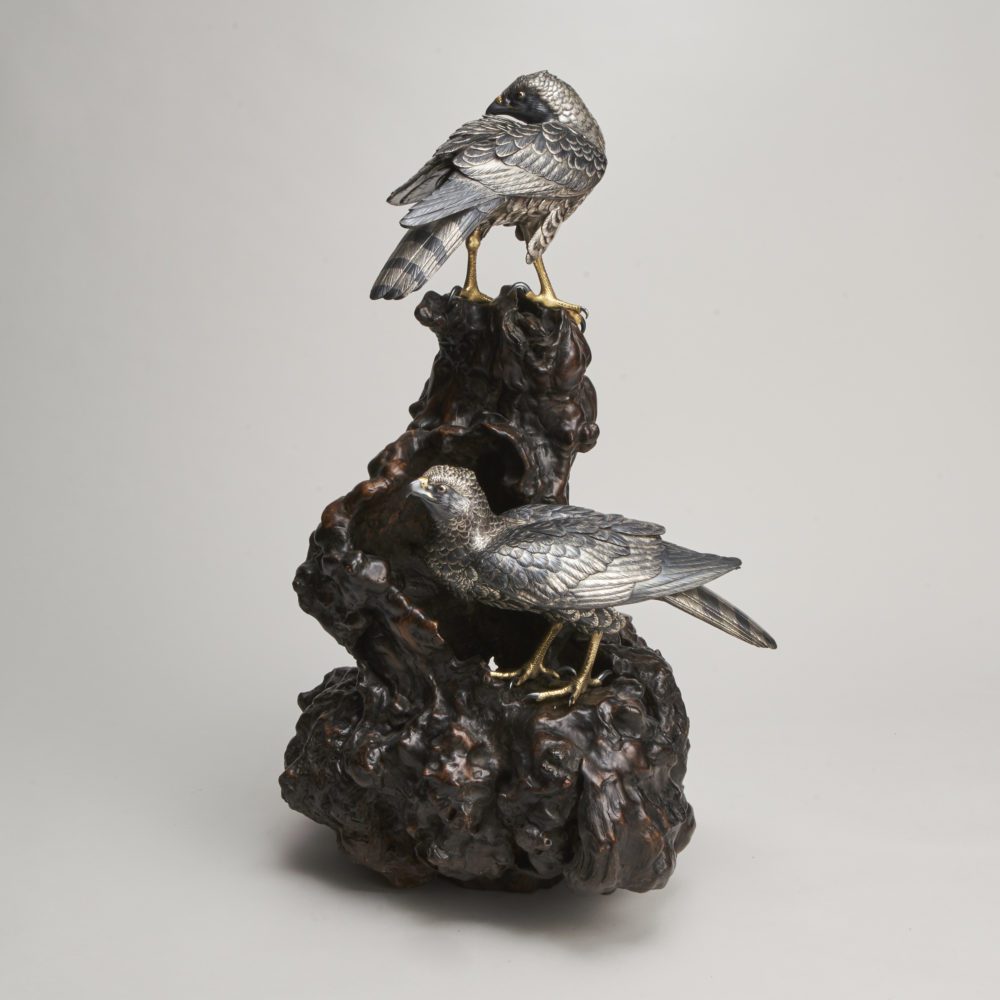