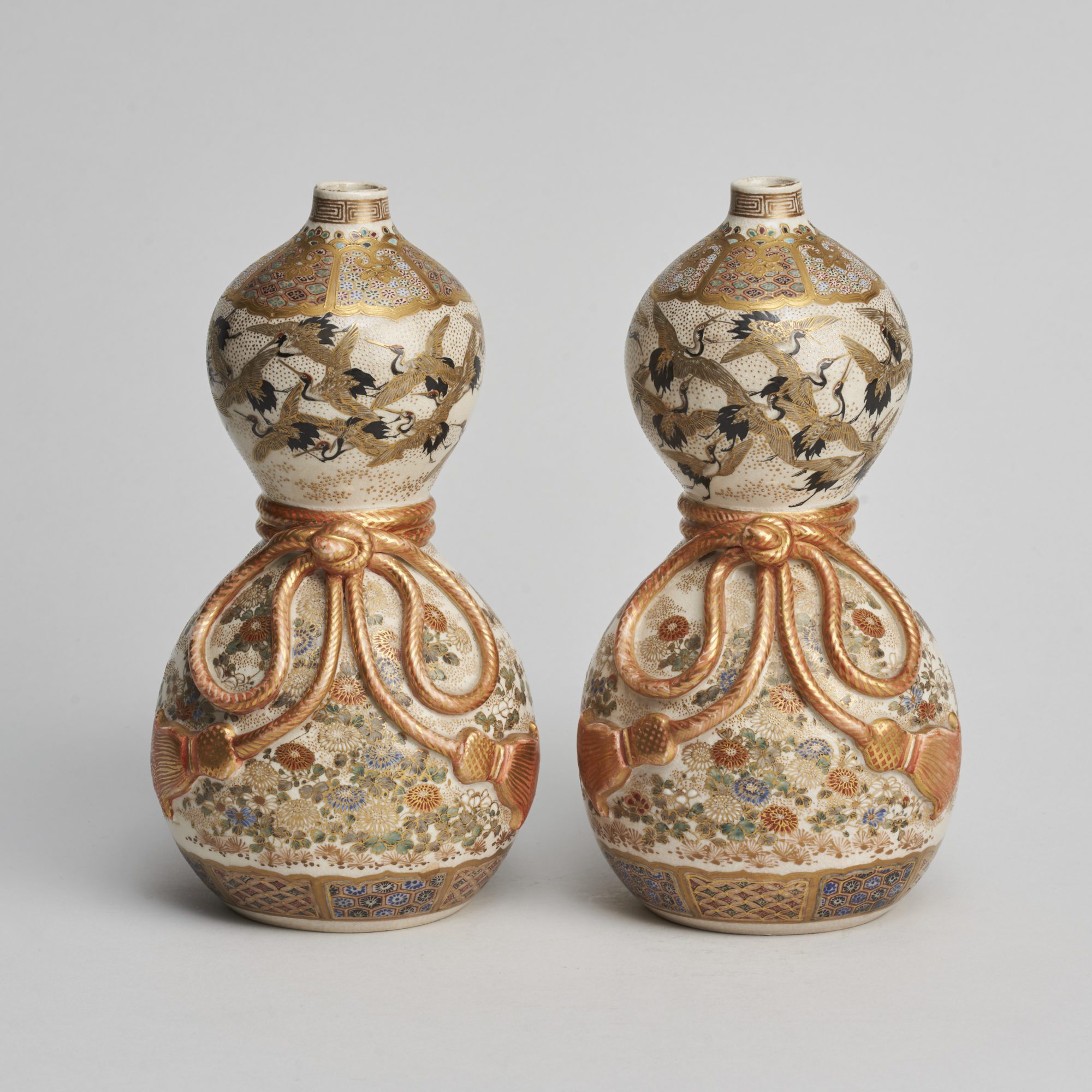 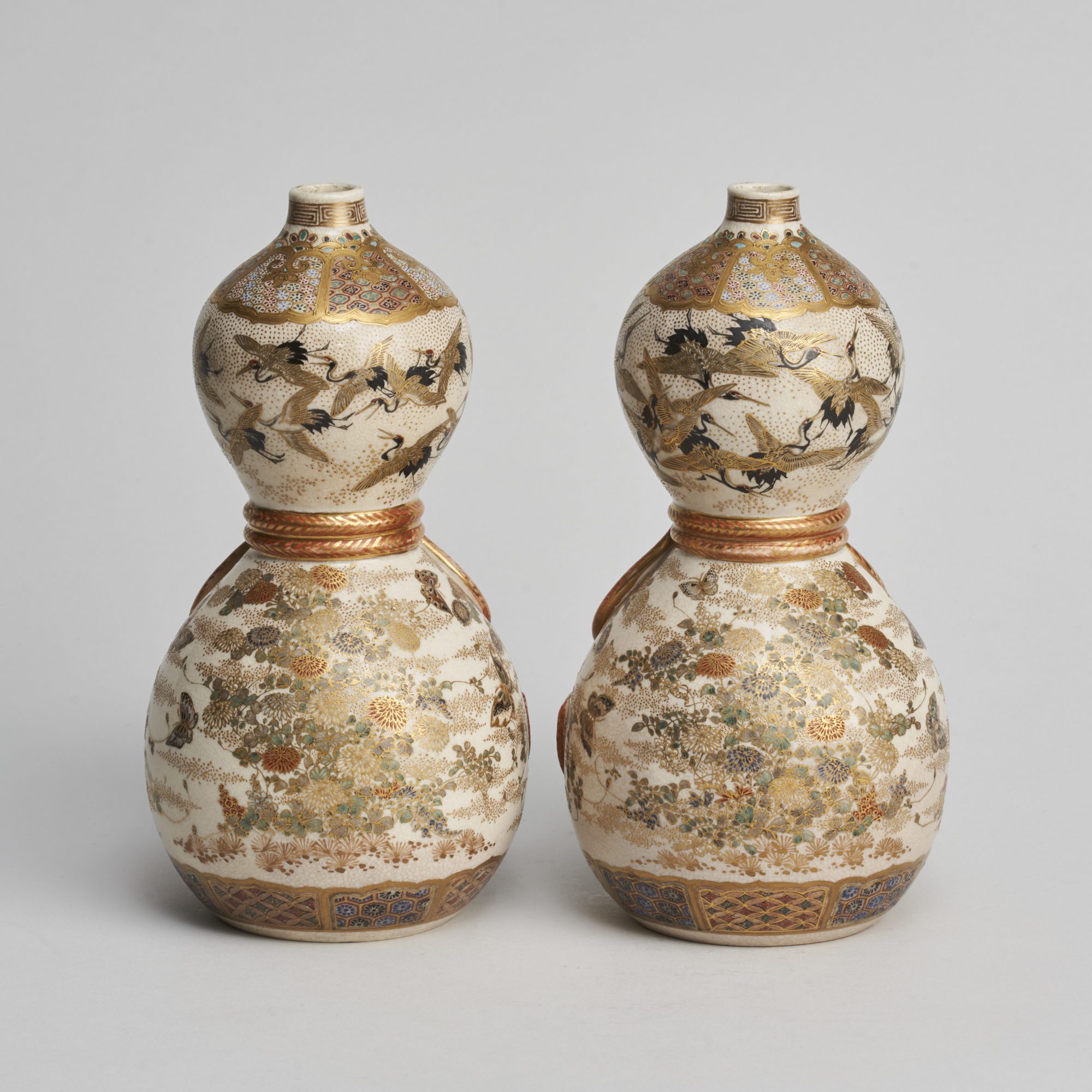 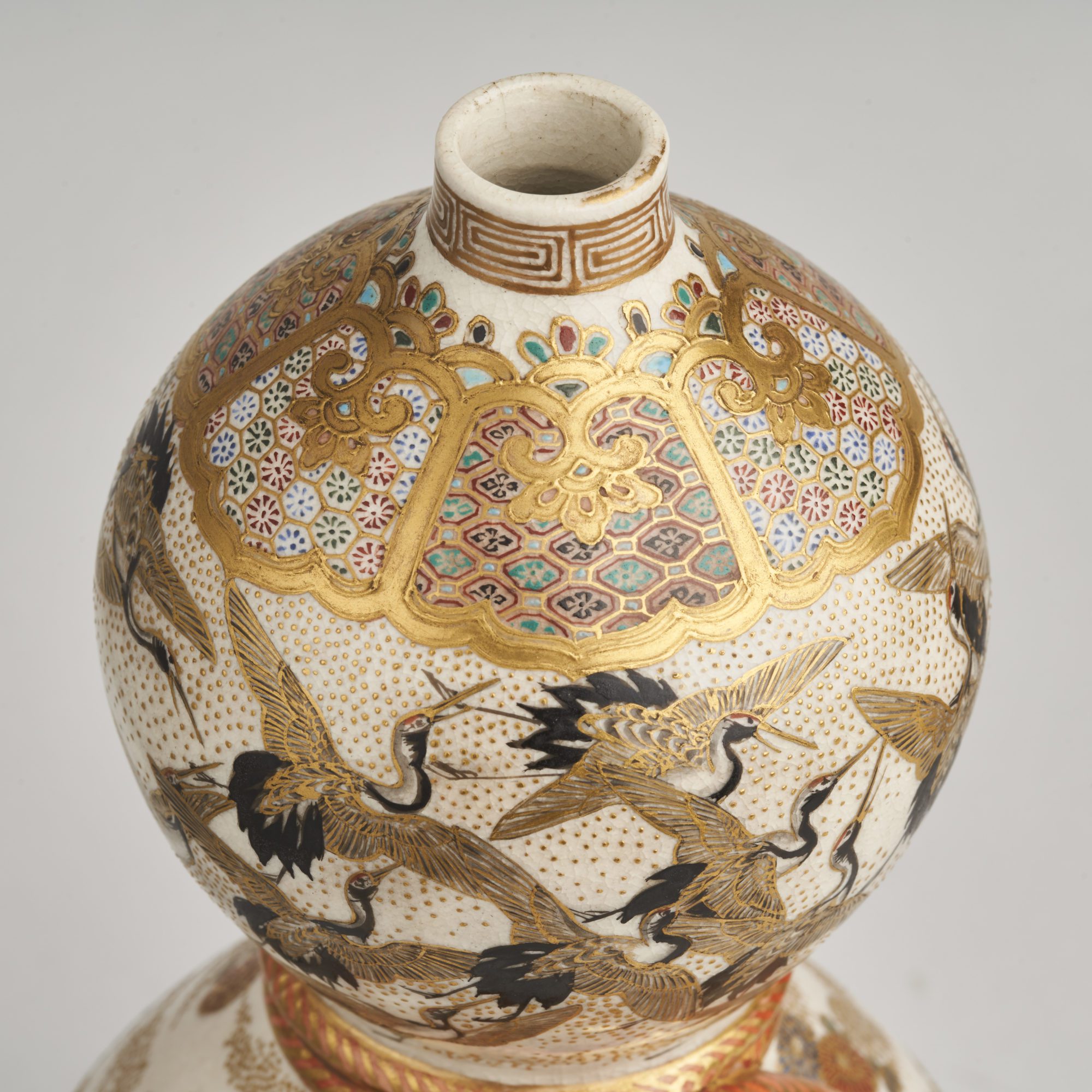 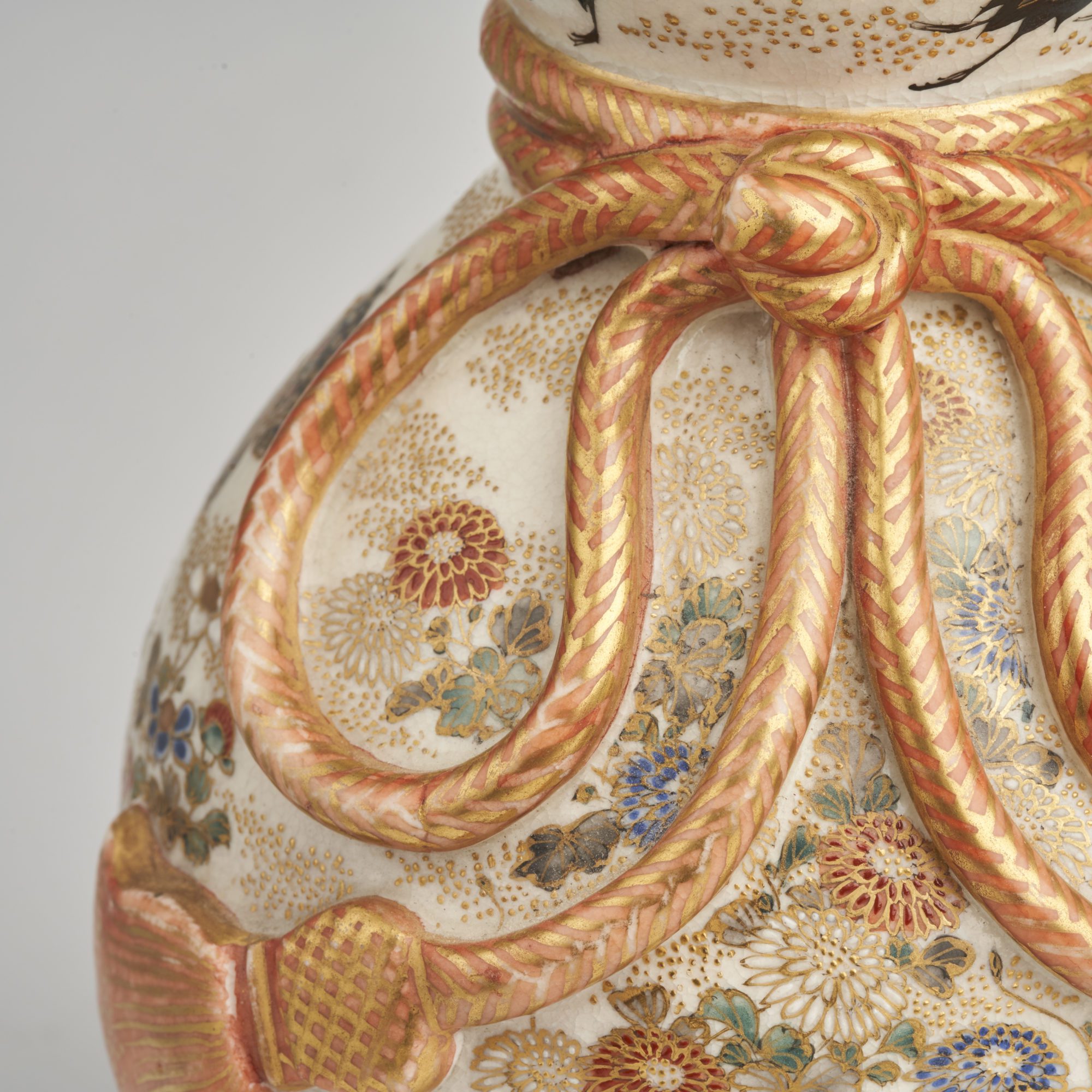 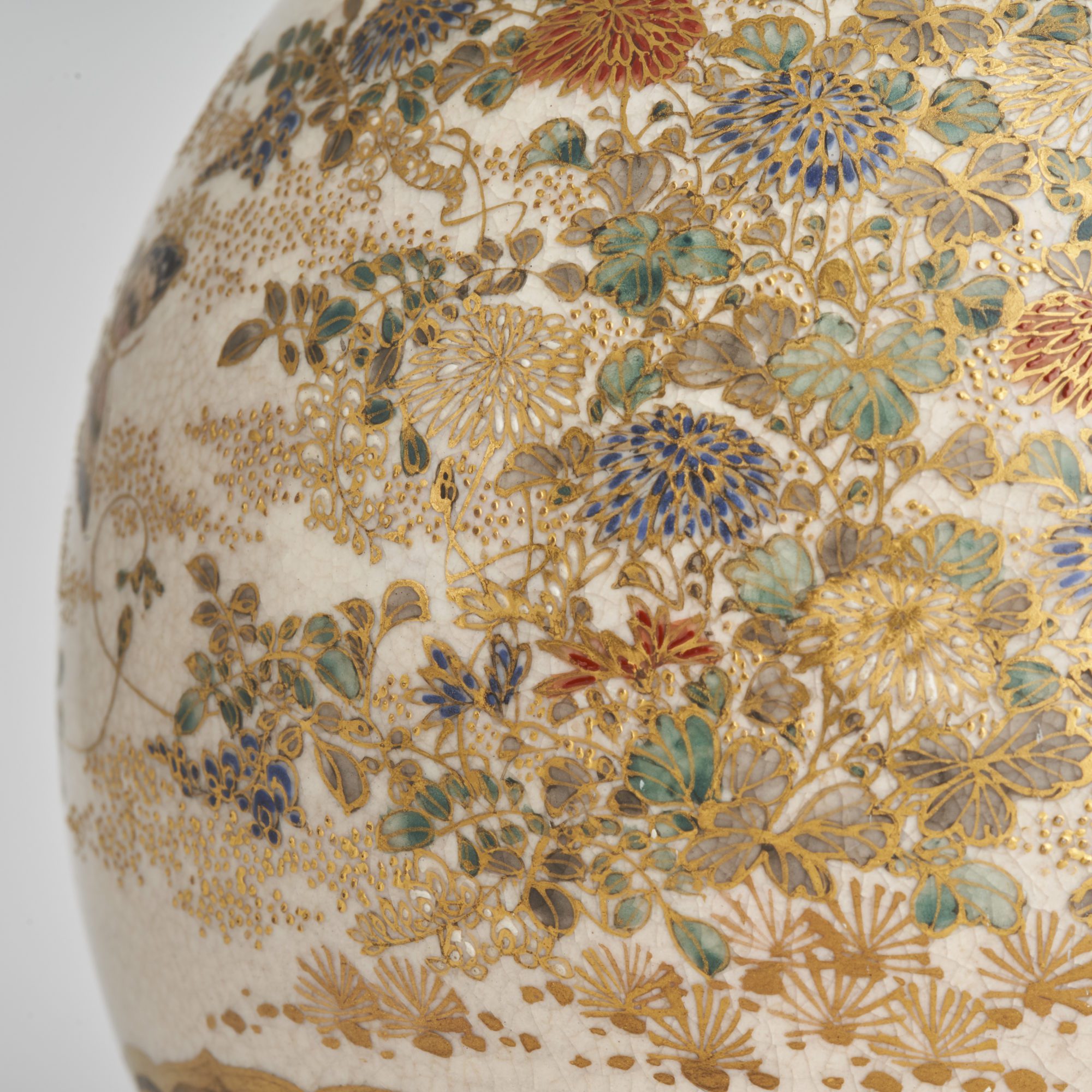 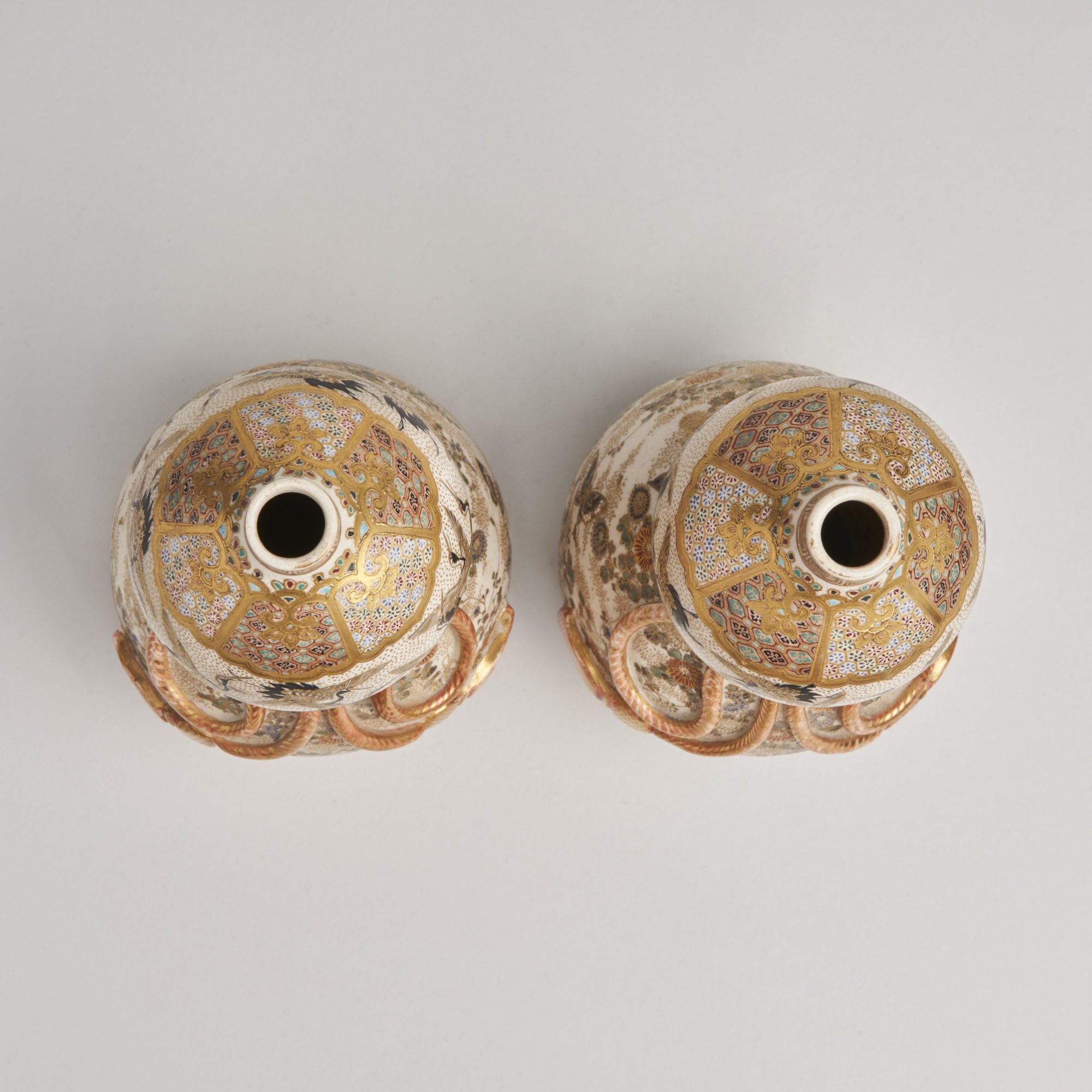 A delightful pair of Japanese, Meij-era Satsuma vases in a double gourd form. Decorated with moulded ribbon and fine painting of Chrysanthemums and cranes.
This vases are unsigned.

Do not hesitate to contact us for more information, additional photographs or to arrange an appointment to view. 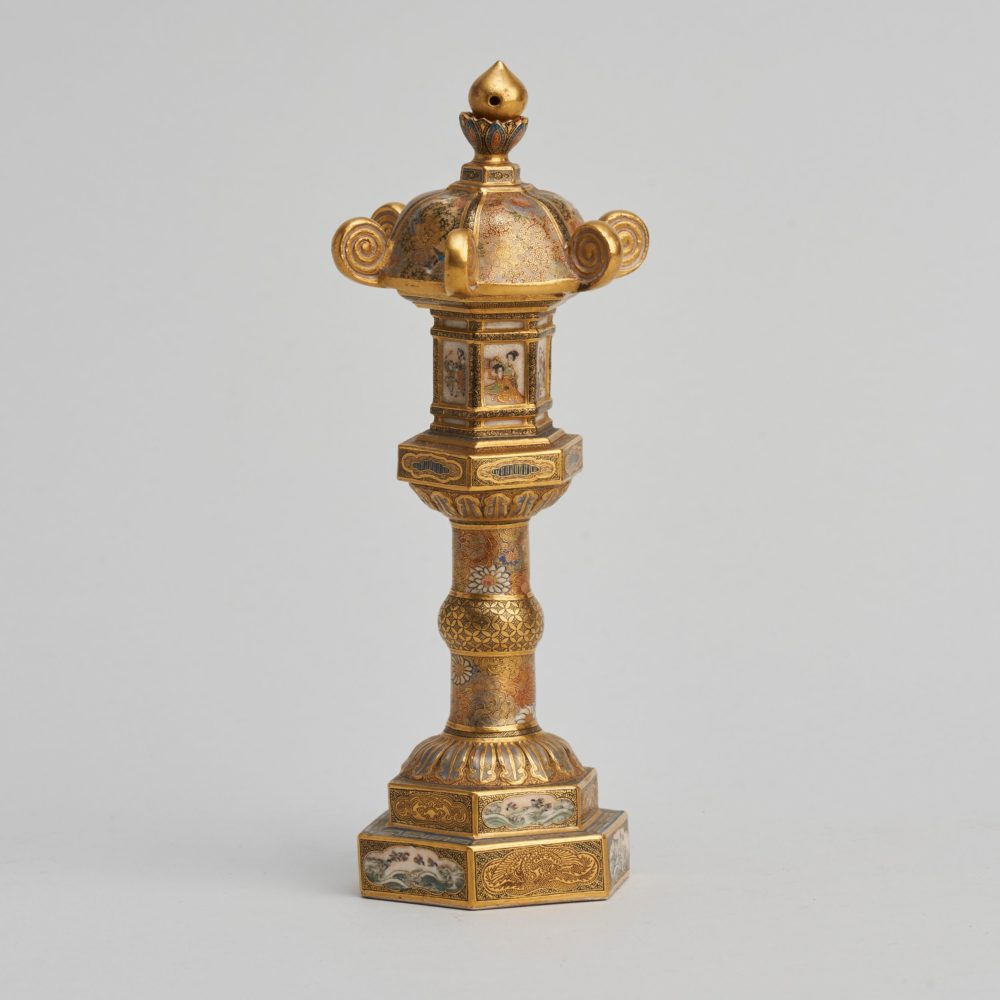 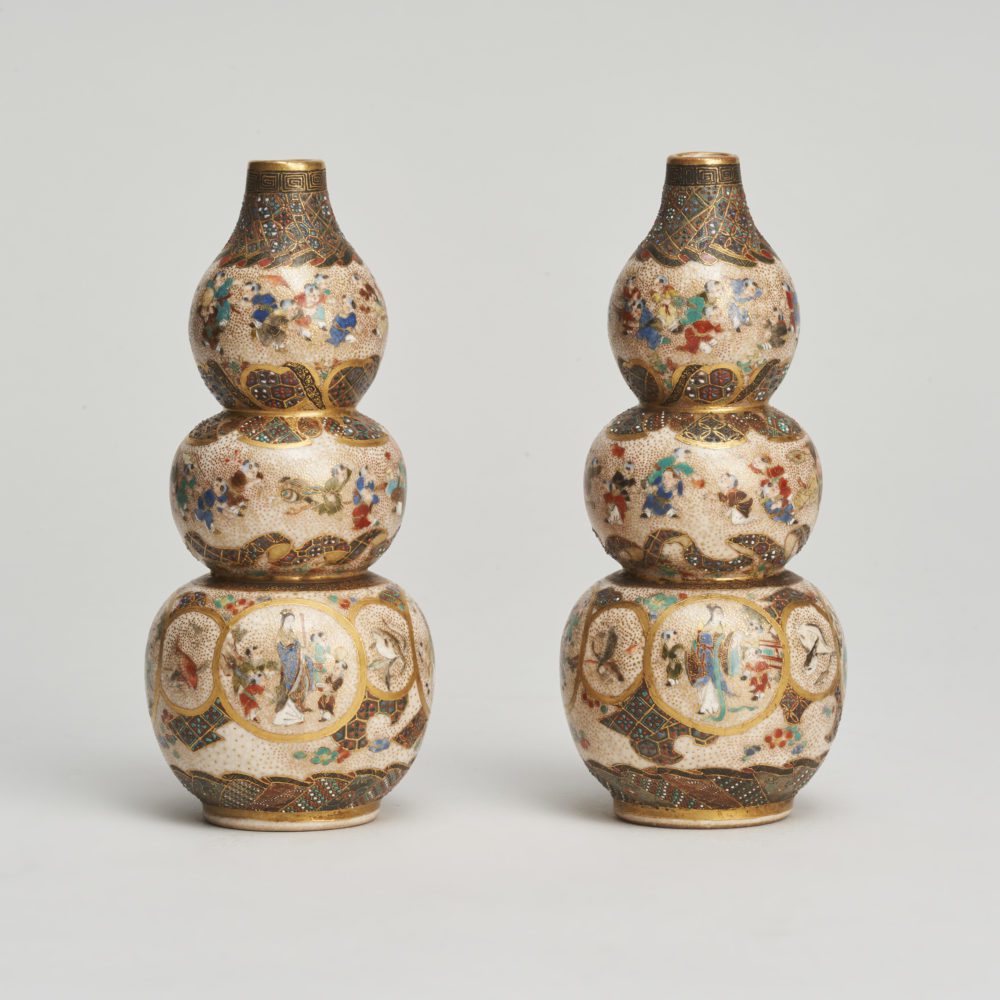