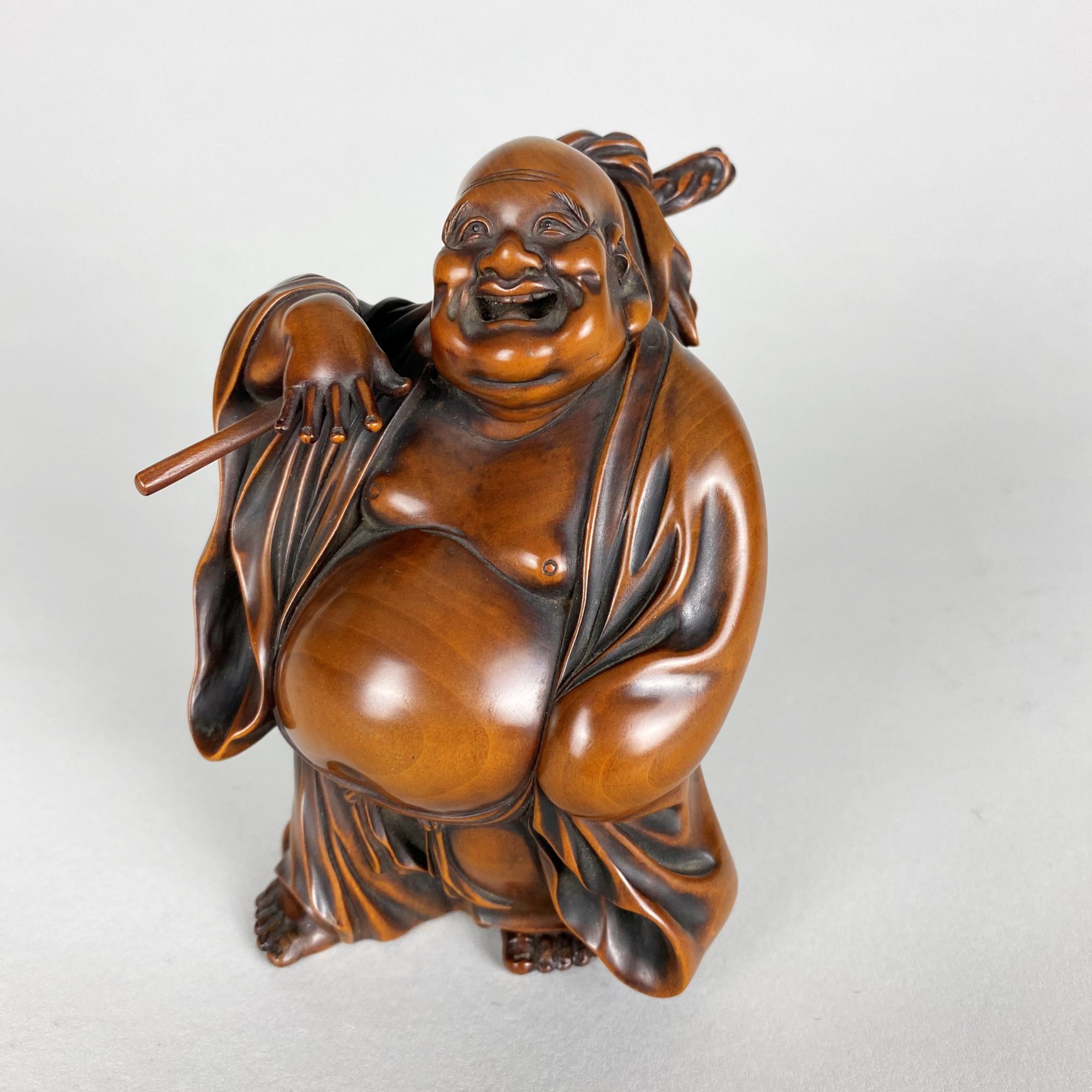 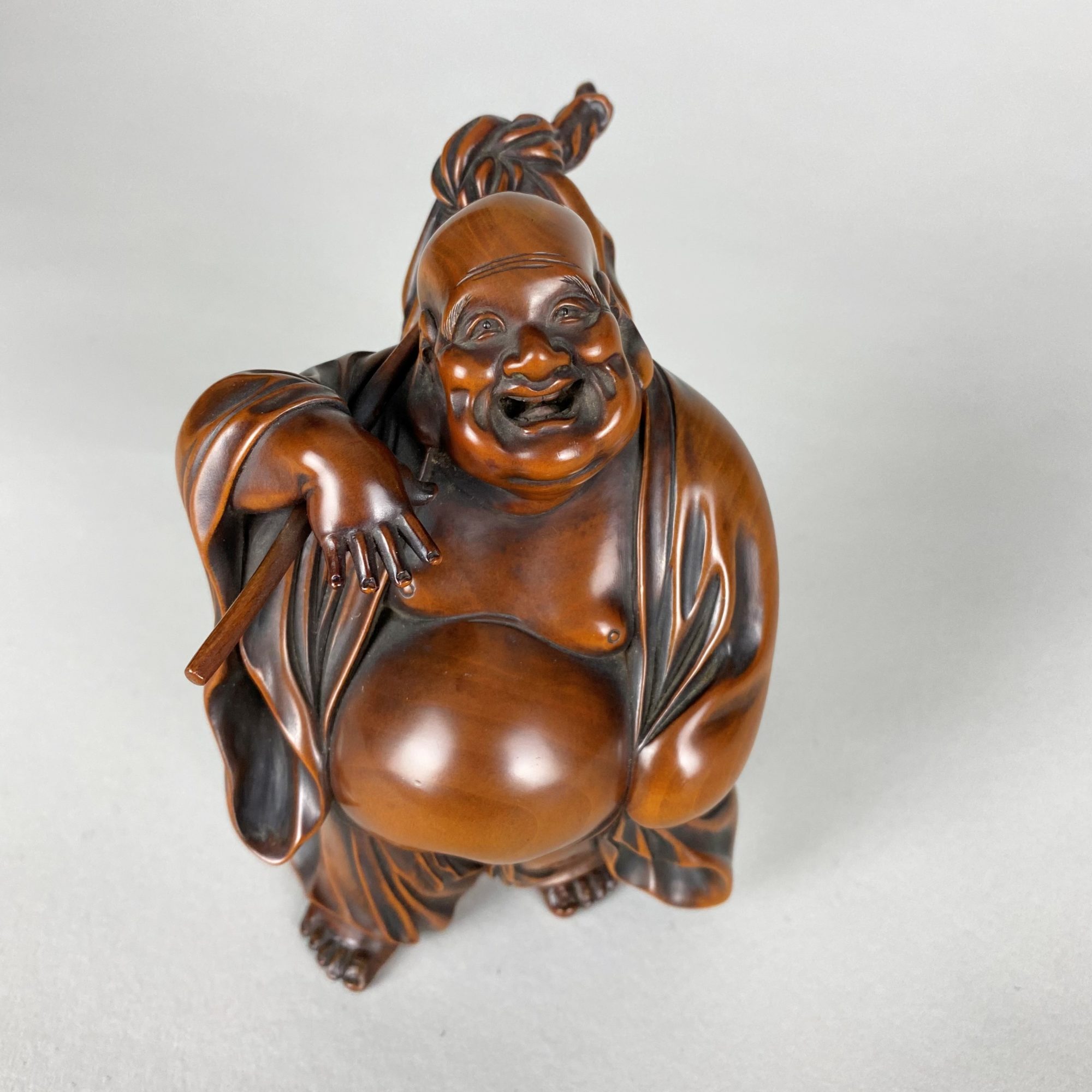 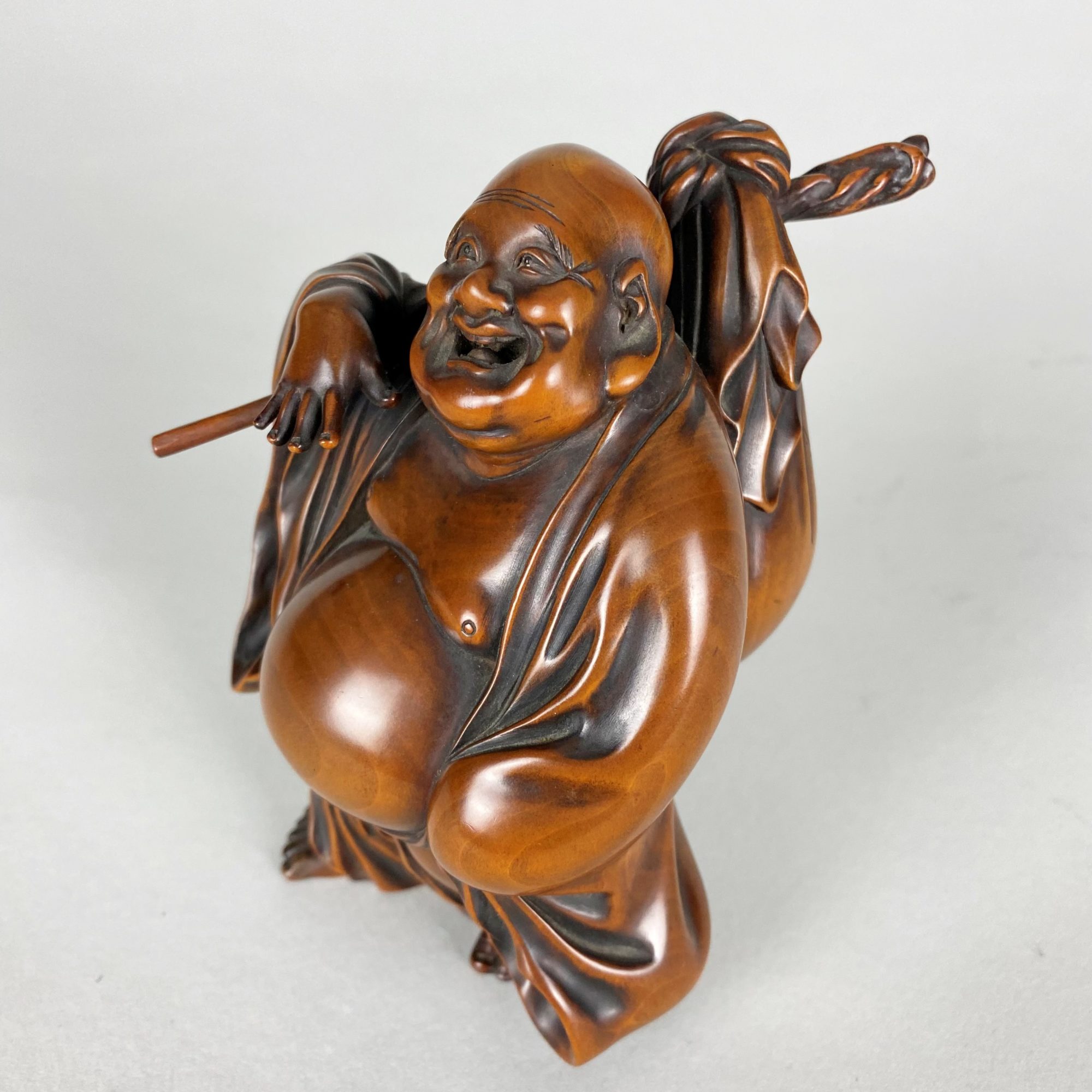 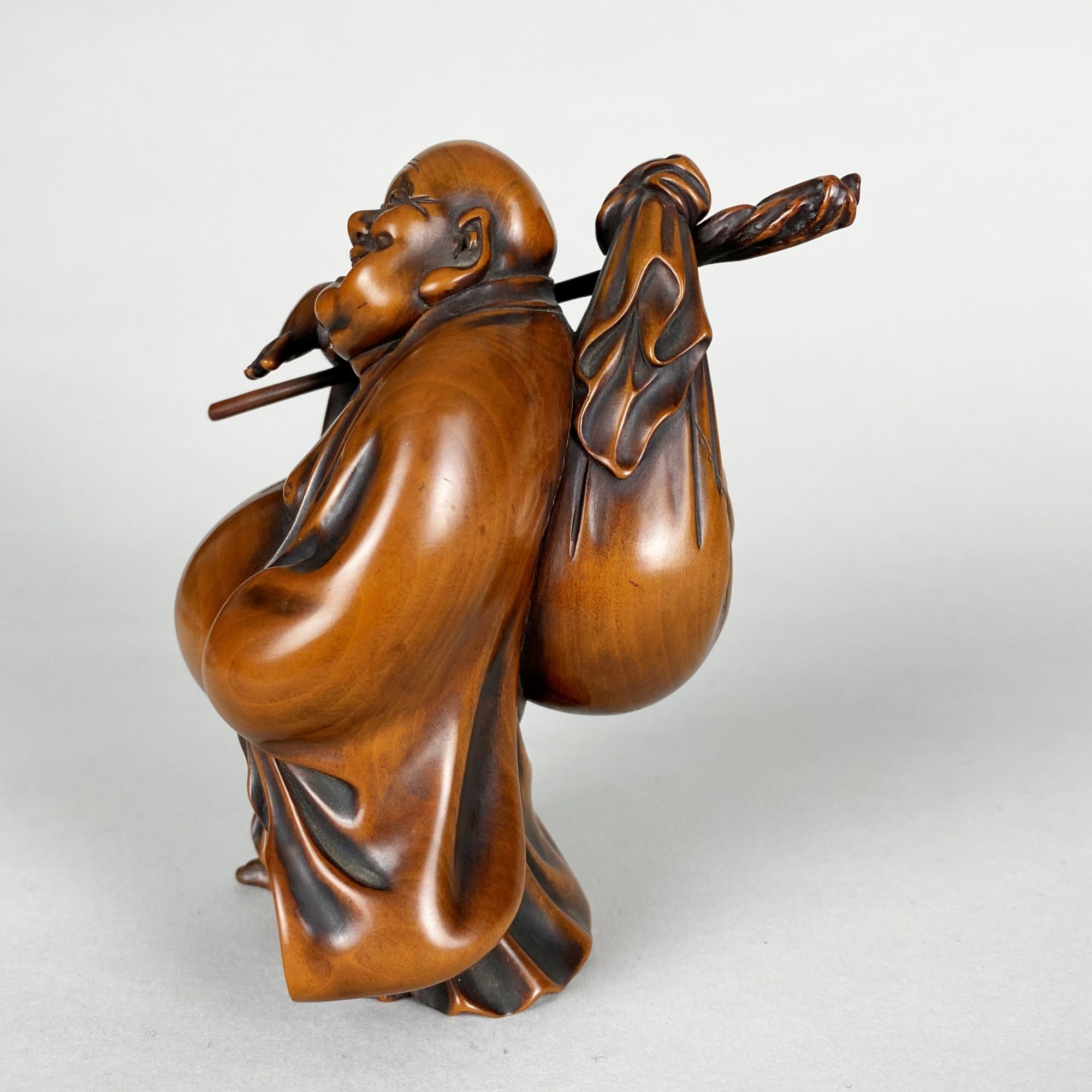 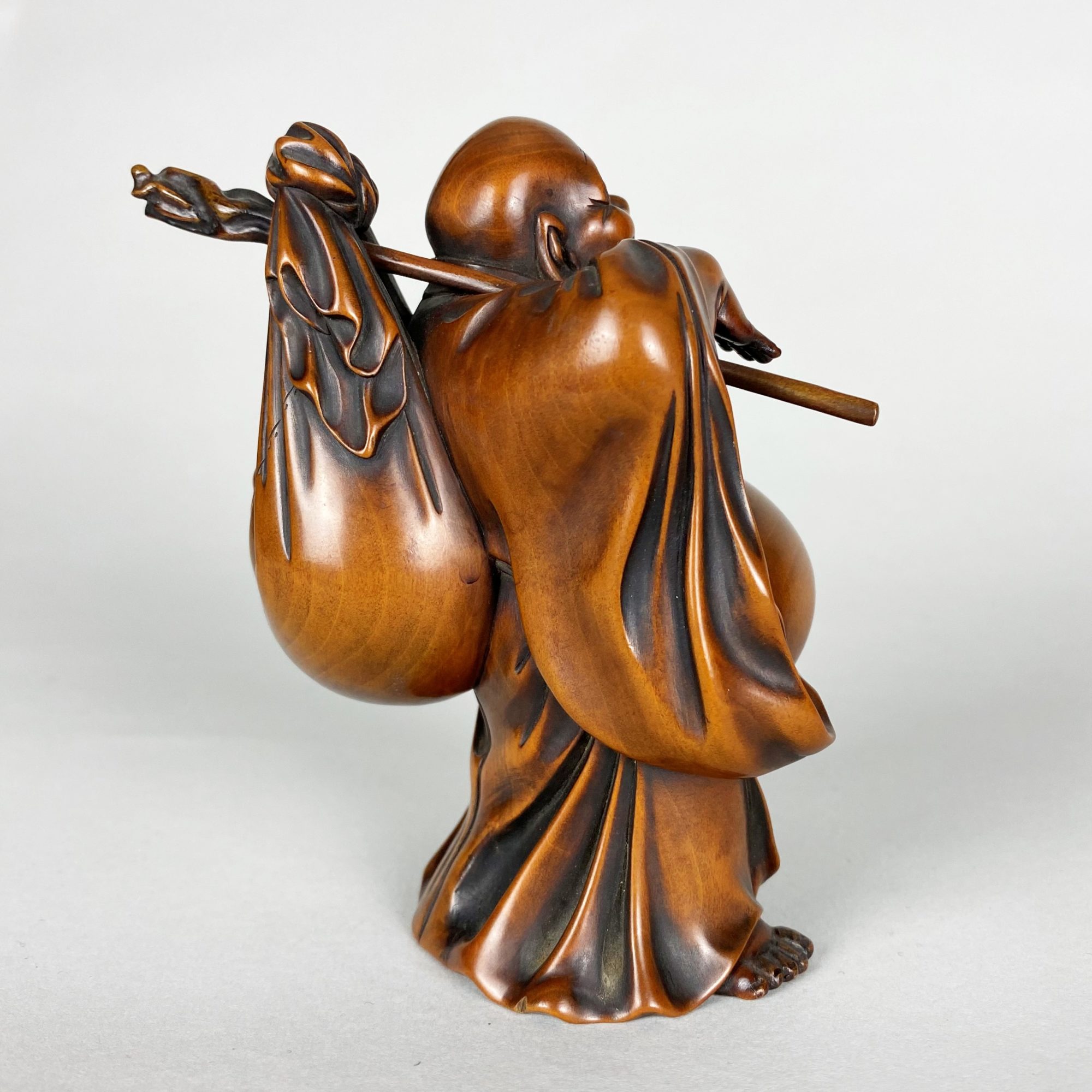 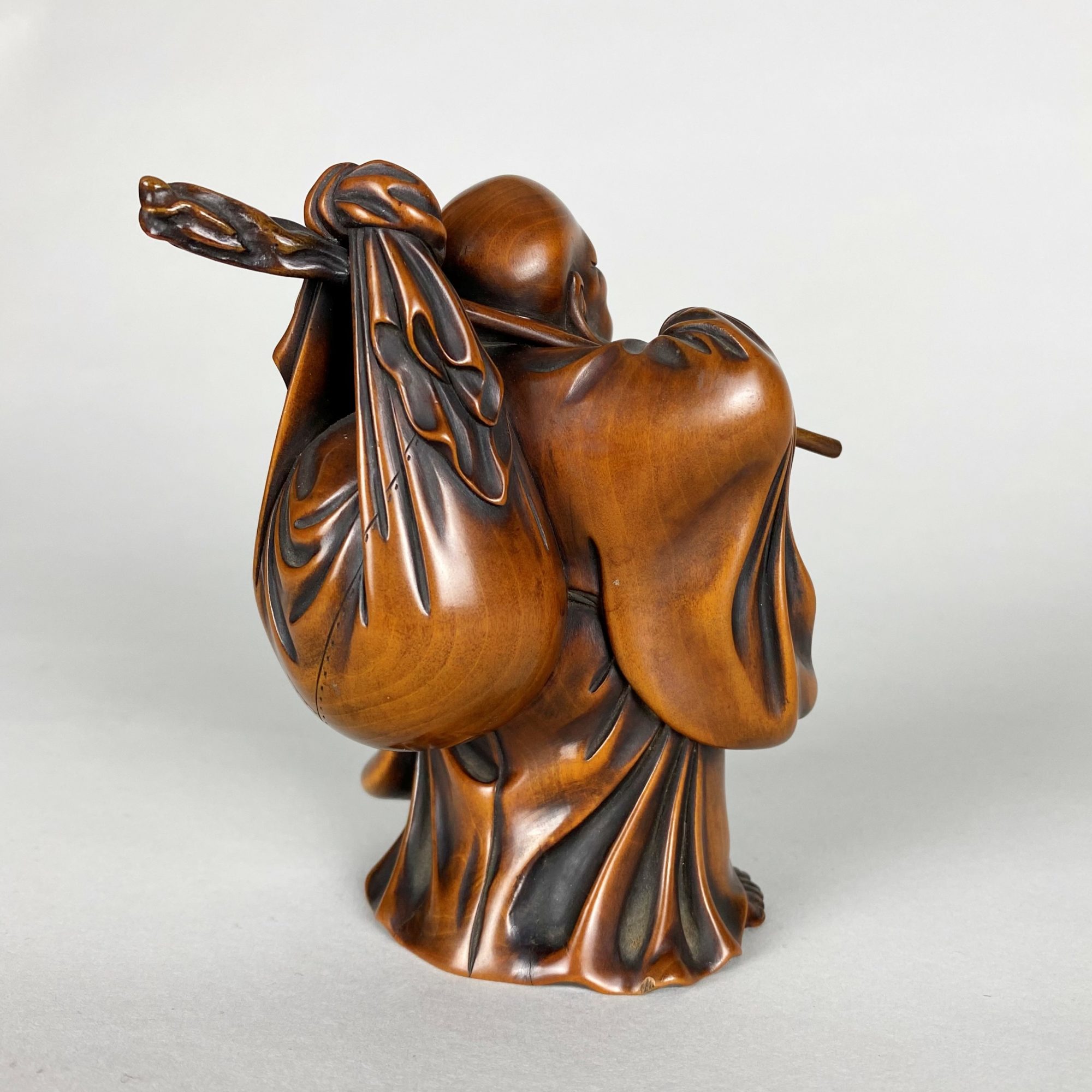 This delightful Japanese wood carving of Hotei, (sometimes known in the West as the Laughing Buddha) is part of our collection of fine Okimono from the reign of Emperor Meiji, (1868-1912).

He has a happy and welcoming expression on his face and stands with his robes open and famously portly tummy exposed. Across his shoulder, he carries his sack full of gifts for children and needy.

At just 11cm in height, the detail on this figure is quite something. 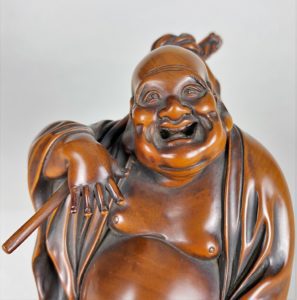 Signed to the underside… 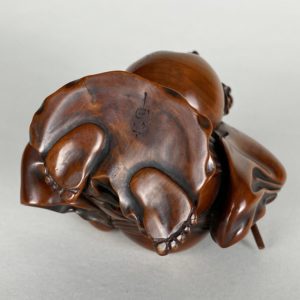 He is offered in great condition. Please don’t hesitate to contact us for more information or to arrange a viewing.

You can read more about Hotei by reading our blog and clicking here.

Hotei (Budai in Chinese) originates from China, he is traditionally depicted as a fat happy Buddhist monk also known as the Laughing Buddha. He is a semi-historical Chinese monk who was believed to have lived in the 10th century, his jolly, humorous demeanour sets him apart from the more serene Buddhist figures. Popular with local people would wonder around China predicting fortunes and weather, he would often sleep outside, unharmed by harsh weather thanks to his magical powers. He is often depicted with a smile on his face, patting his large stomach, a representation of contentment and abundance, he is also the god of fortune and popularity. Due to his nomadic lifestyle Hotei carries around a large cloth sack which is where his name comes from, there are many speculations as to what is in the sack, but it is generally thought to contain candles and toys for children. 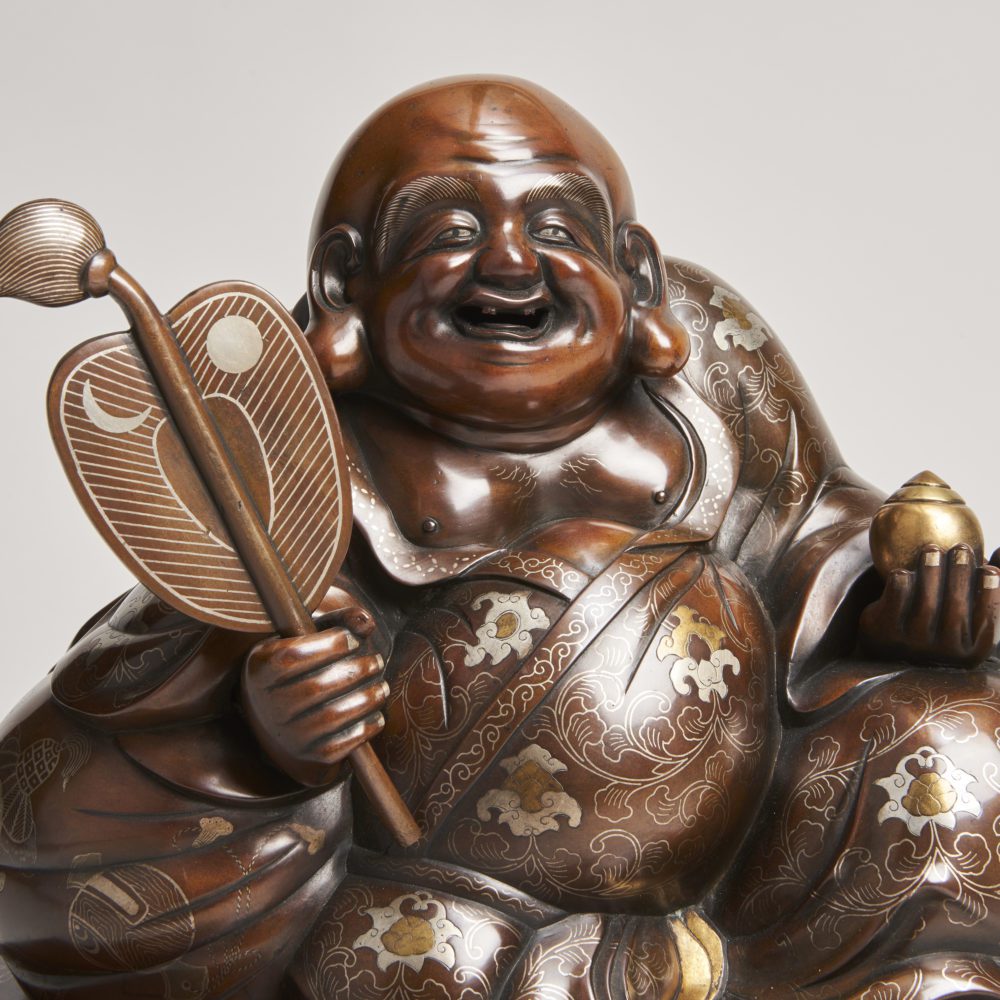 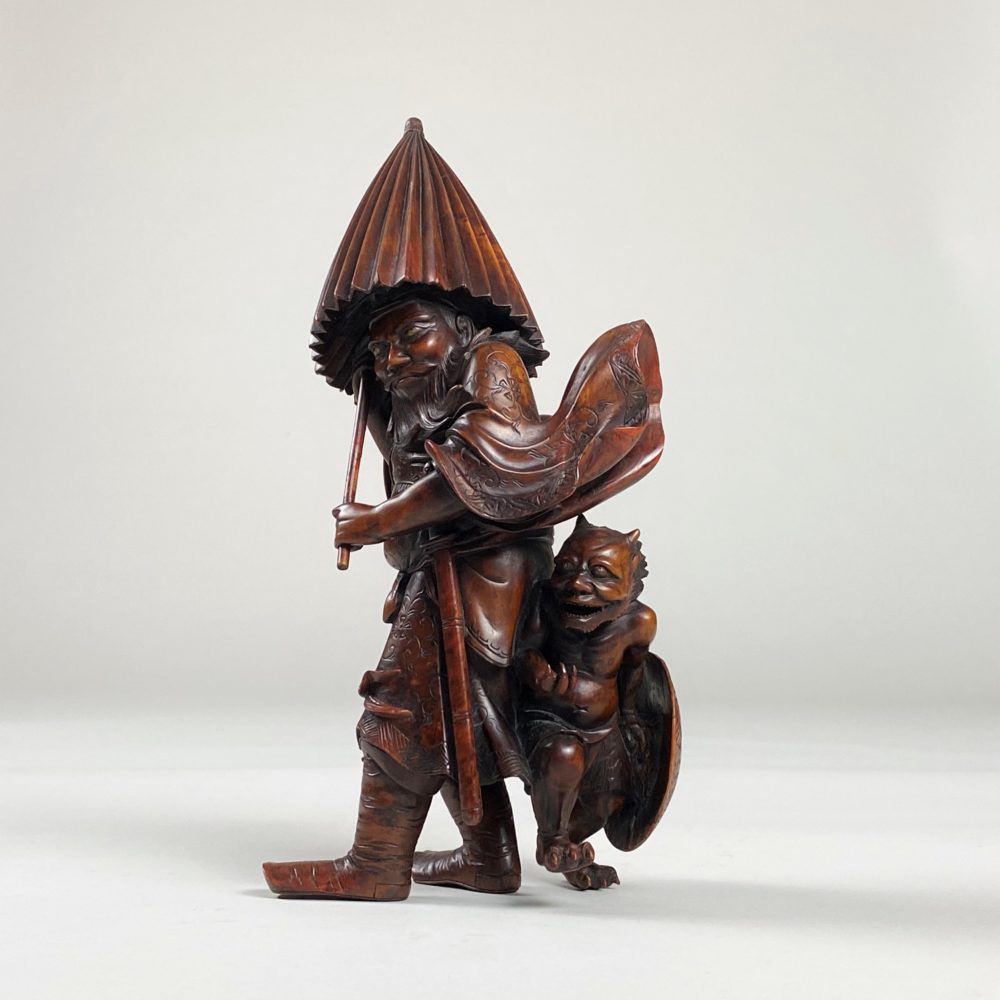