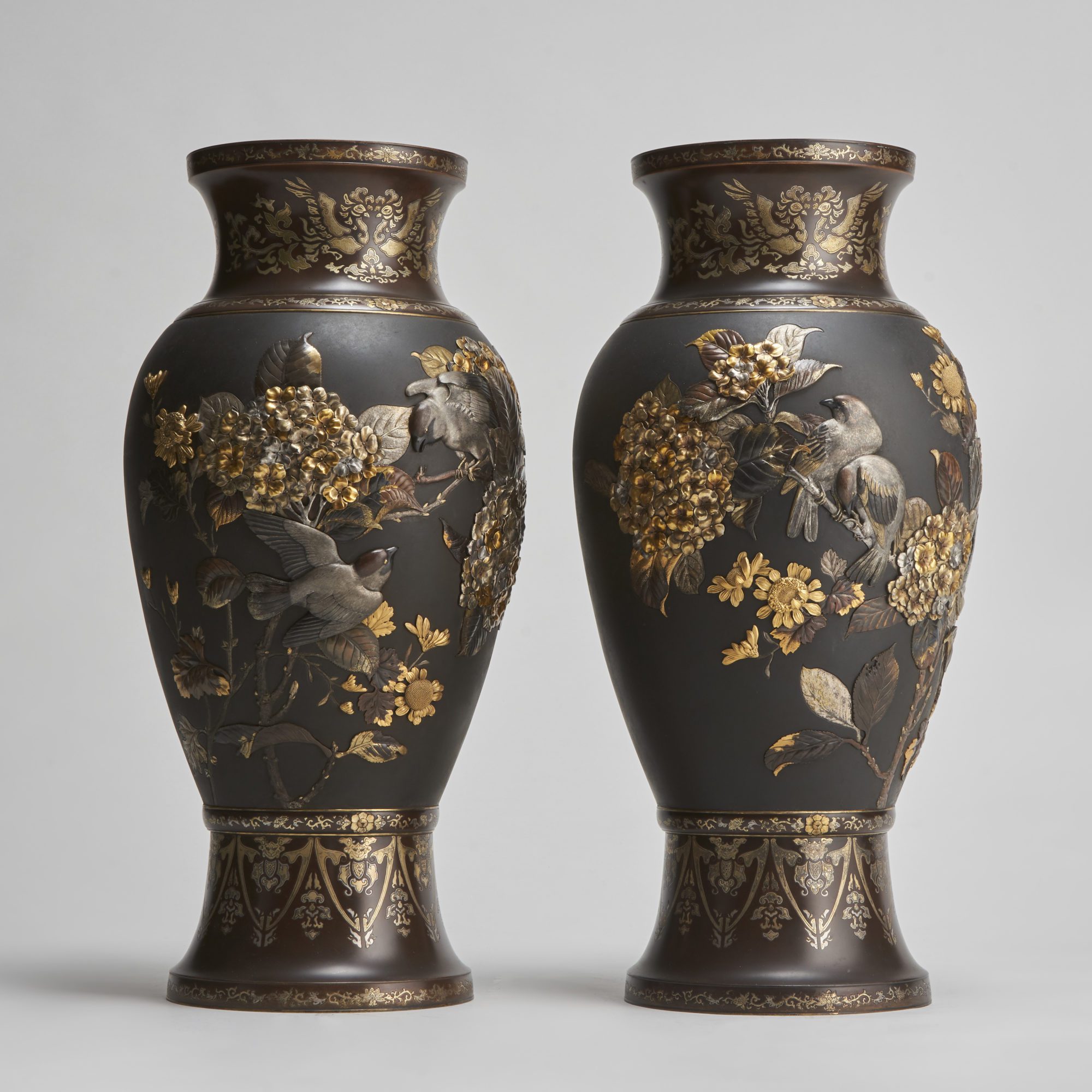 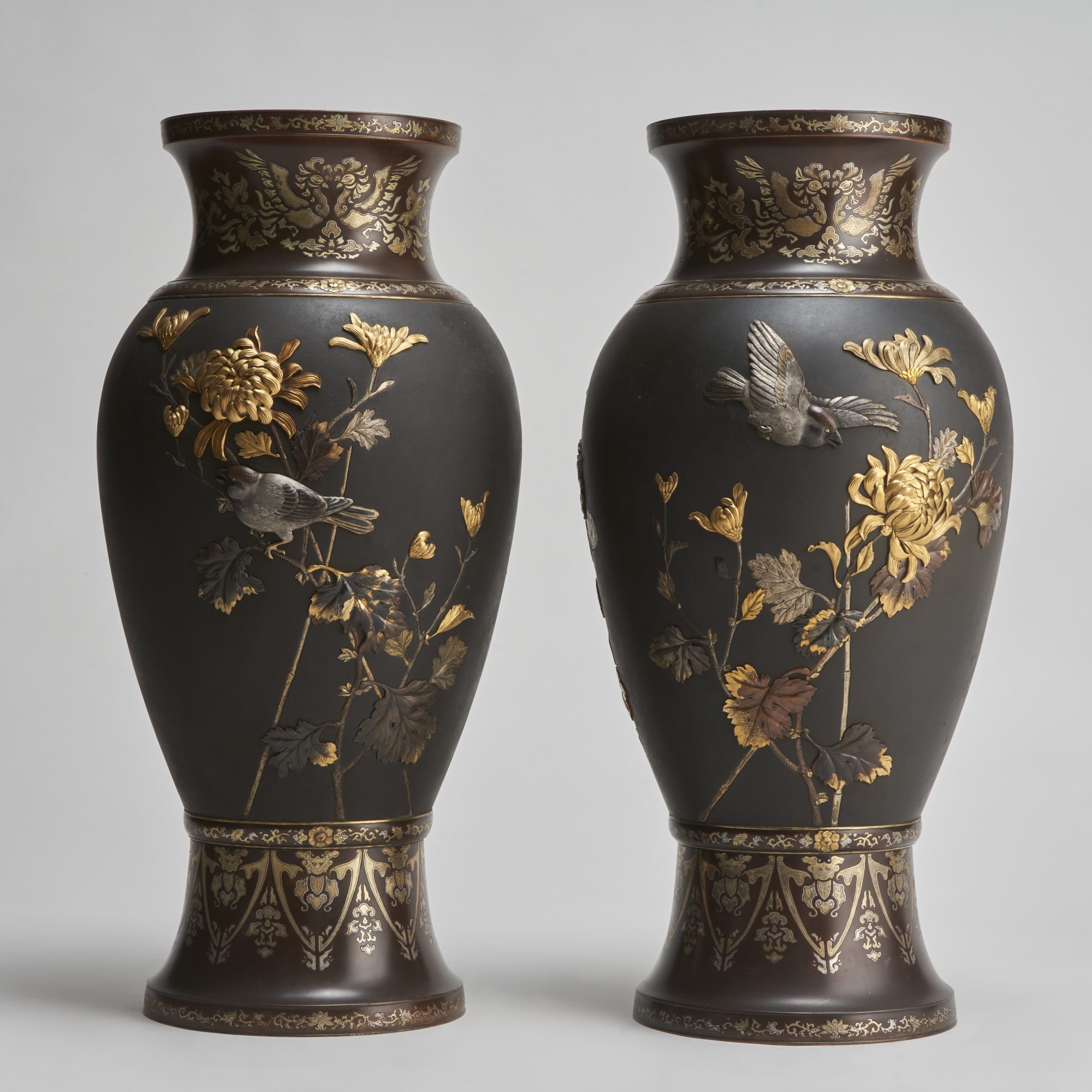 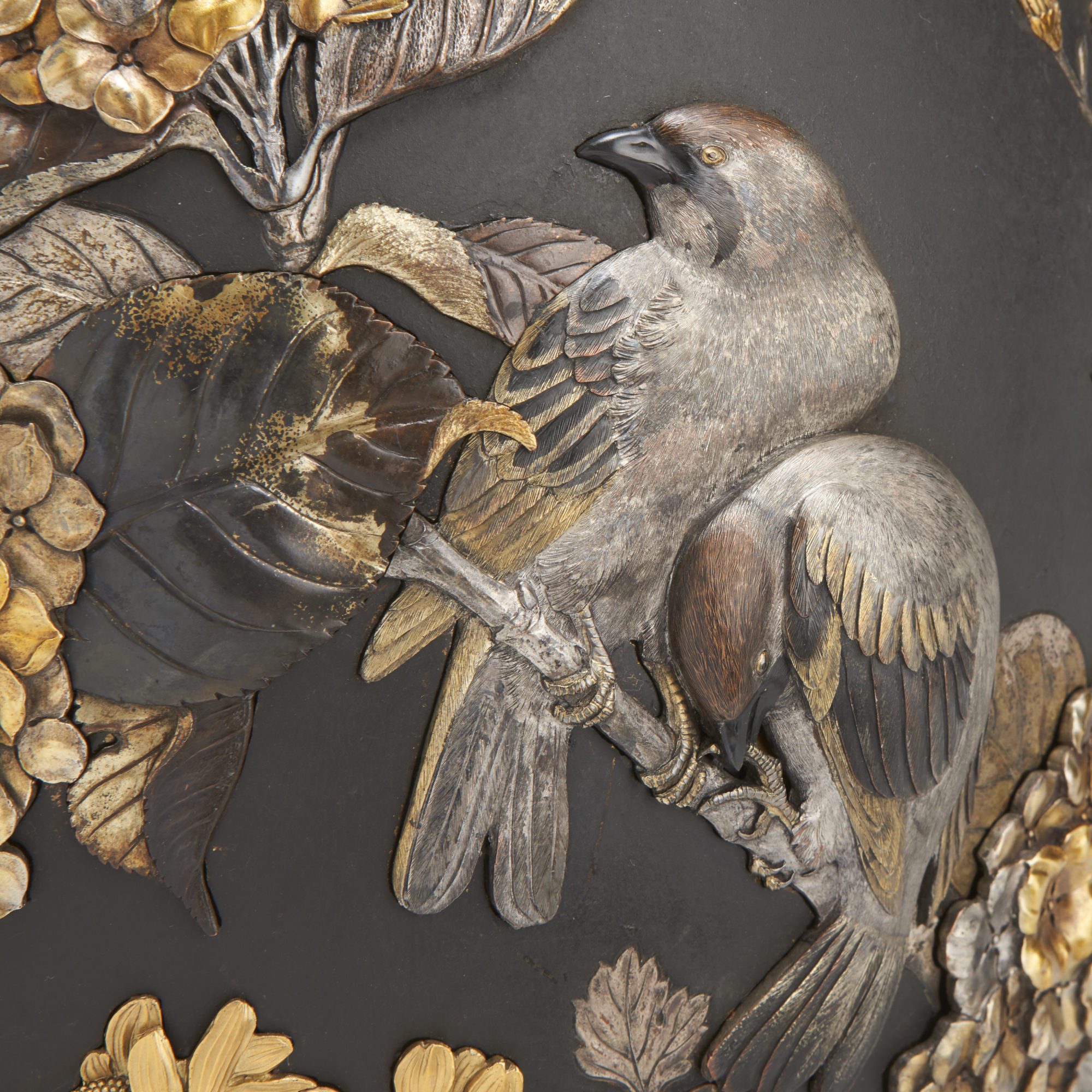 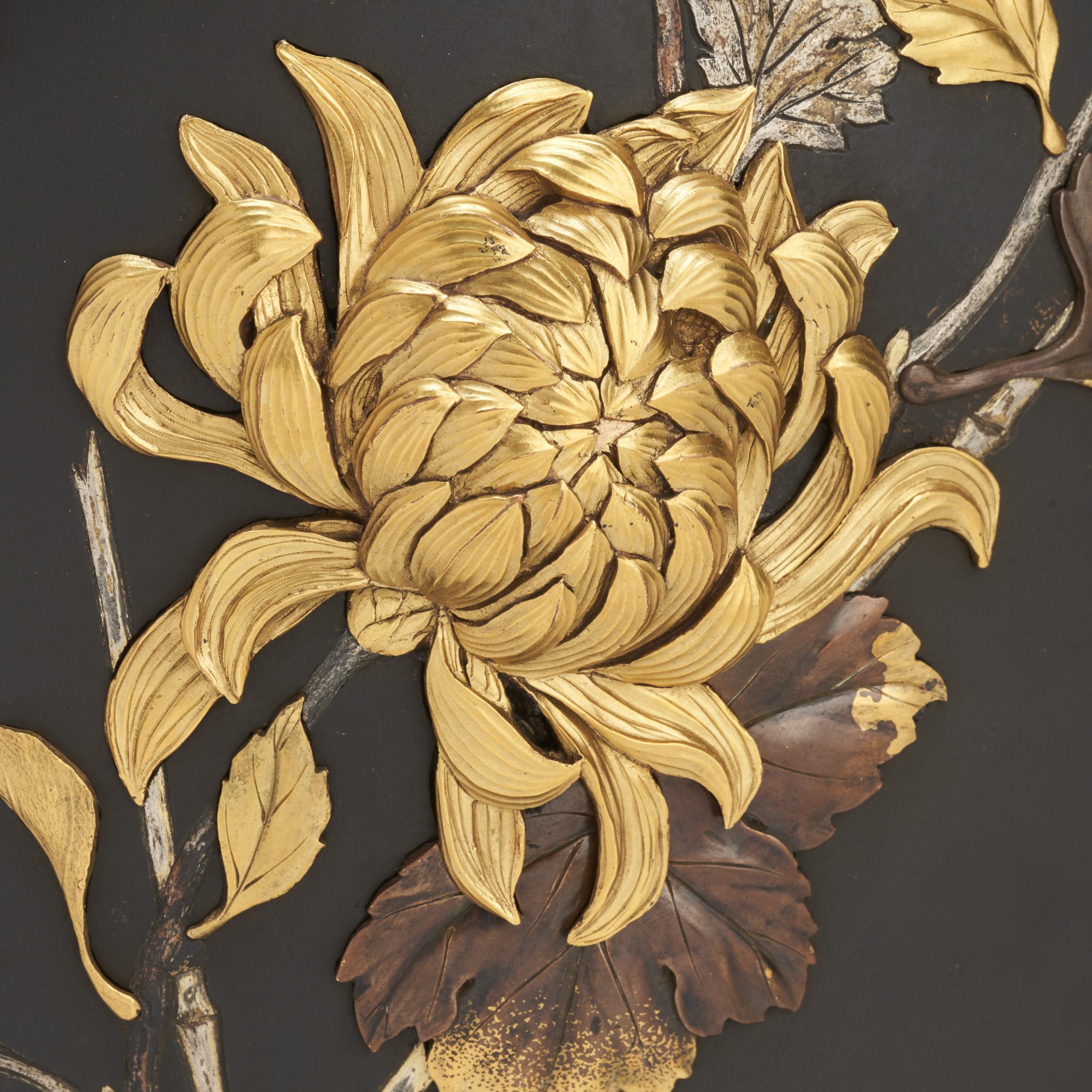 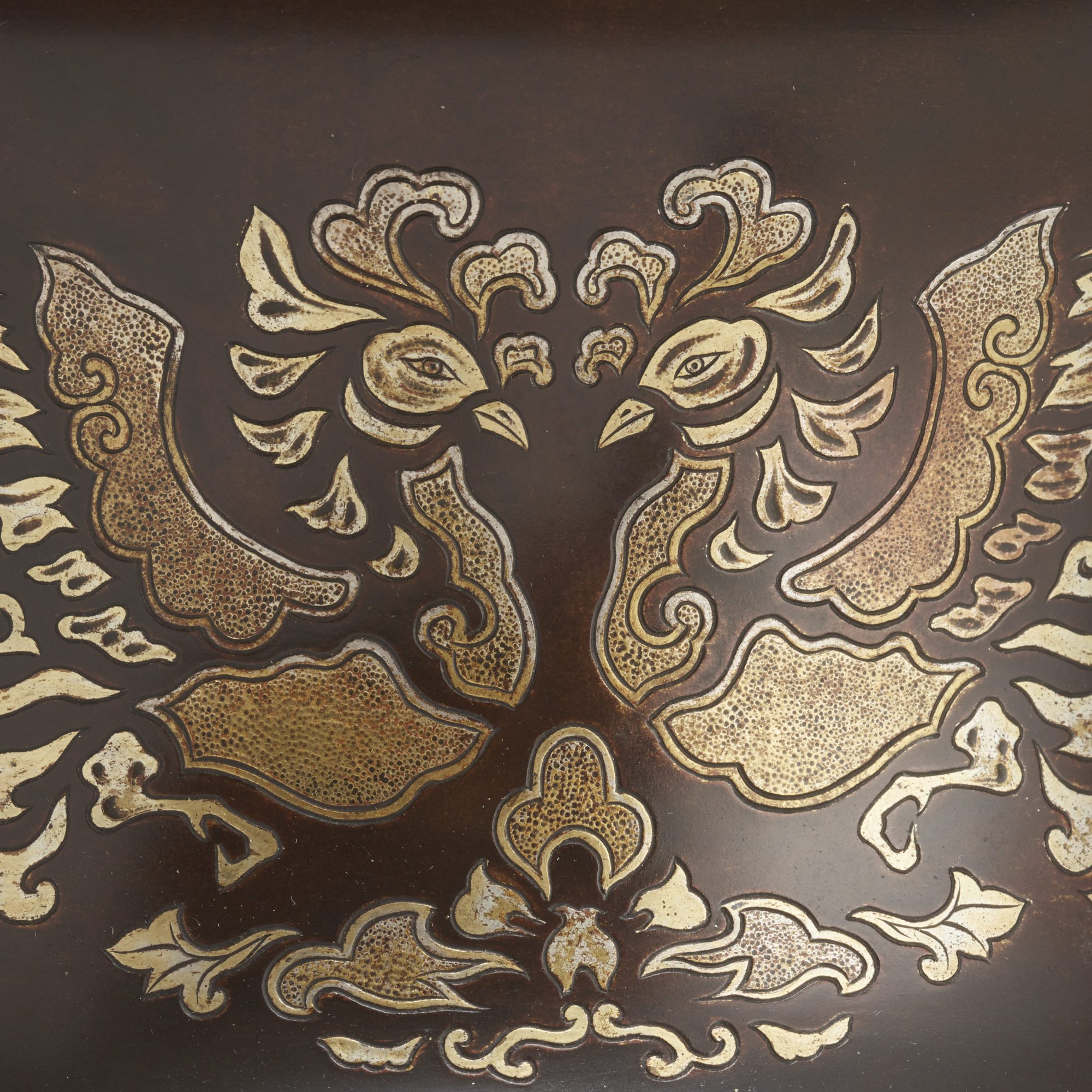 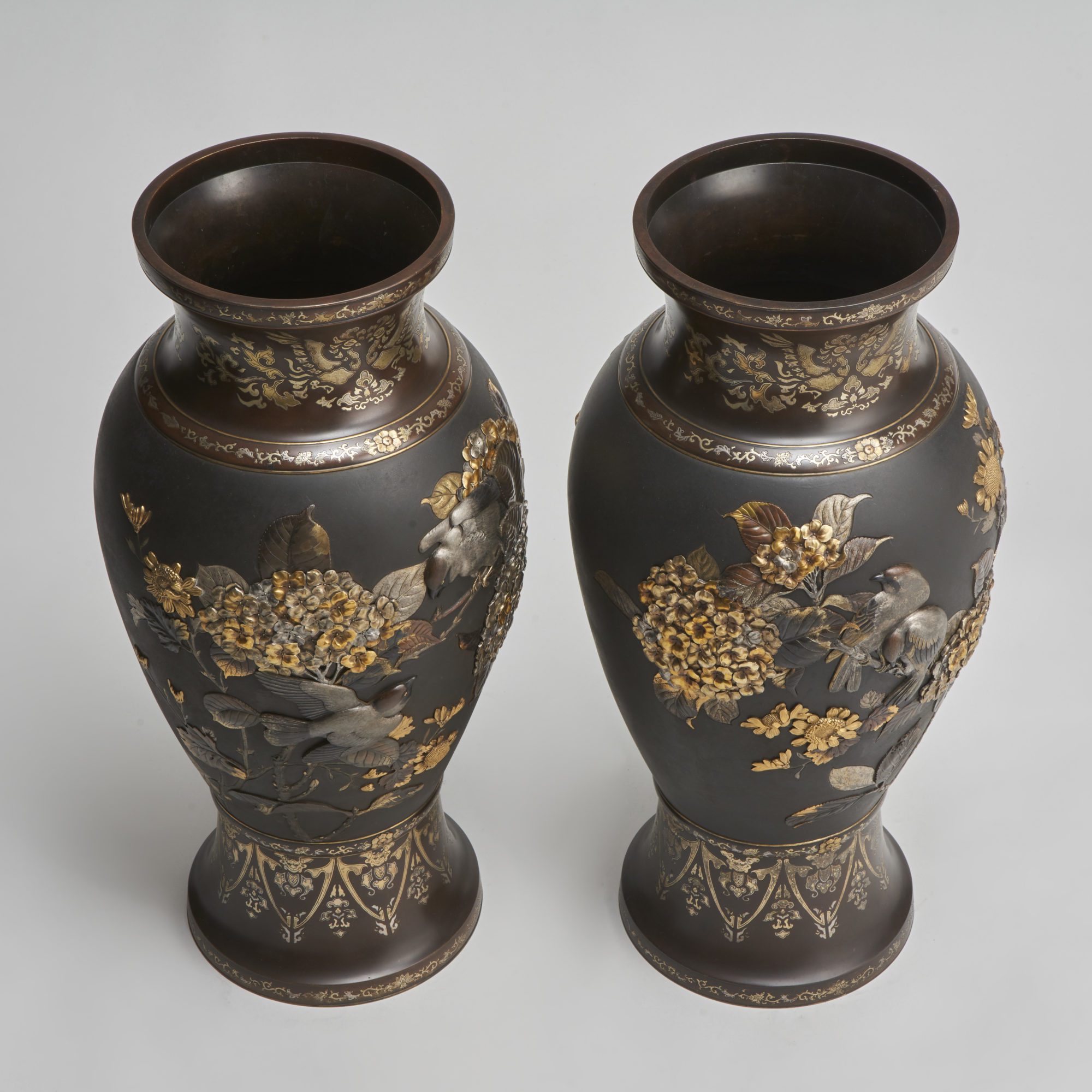 This pair of unusually large vases are decorated in, gold, silver, copper, shakudo and shibuichi in a bold style with a wraparound scene of a flock of chunky sparrows among hydrangeas and peonies with fine, accomplished, patinated Autumn leaves, on a very dark shakudo ground. 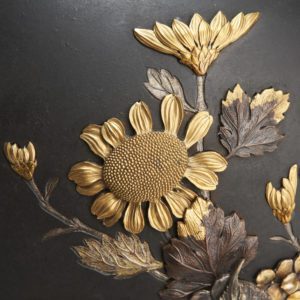 The rims and foot of the vases featuring an inlaid geometric design with phoenix and florals. 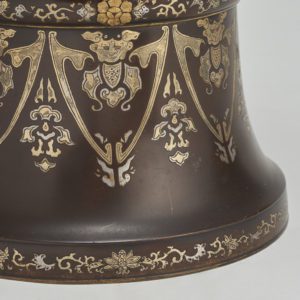 The hydrangea is said to have originated in Japan, it is associated with the rainy season in June/July and have duel symbolism both meaning a deep heartfelt emotion and fickle heart. 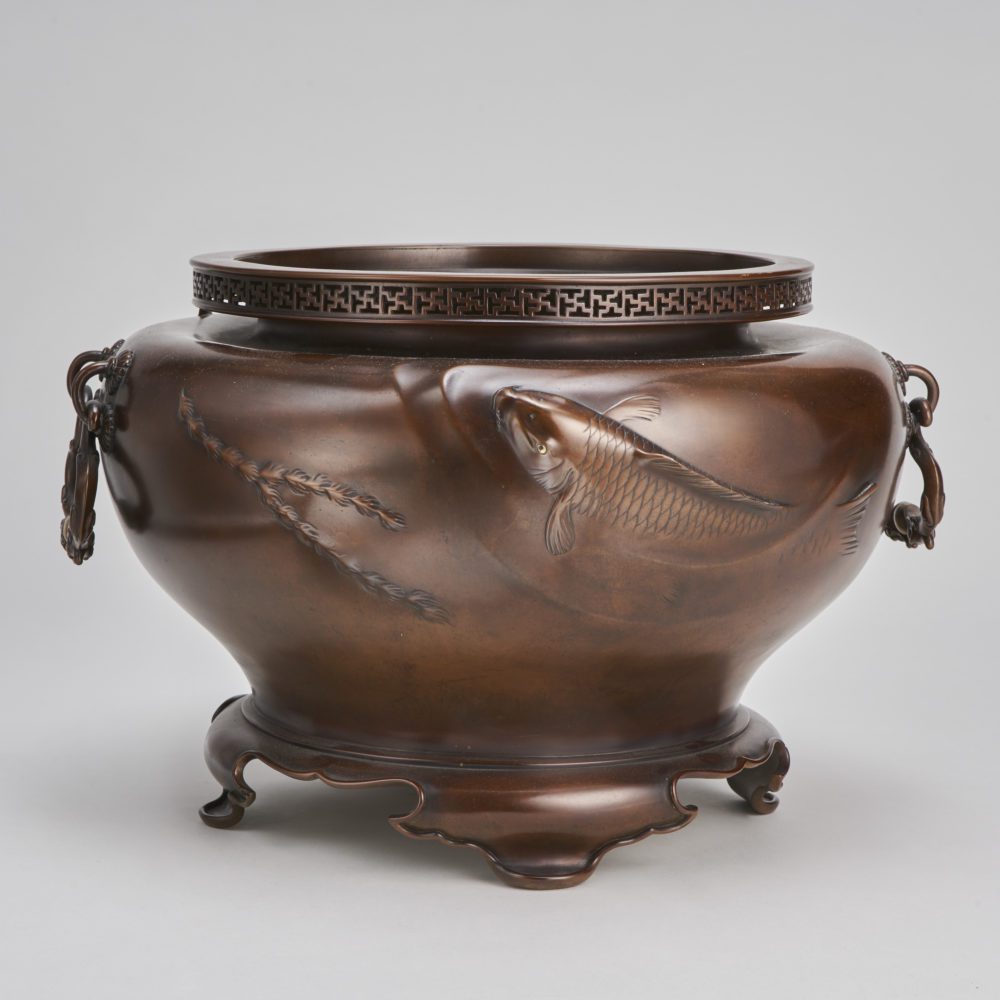 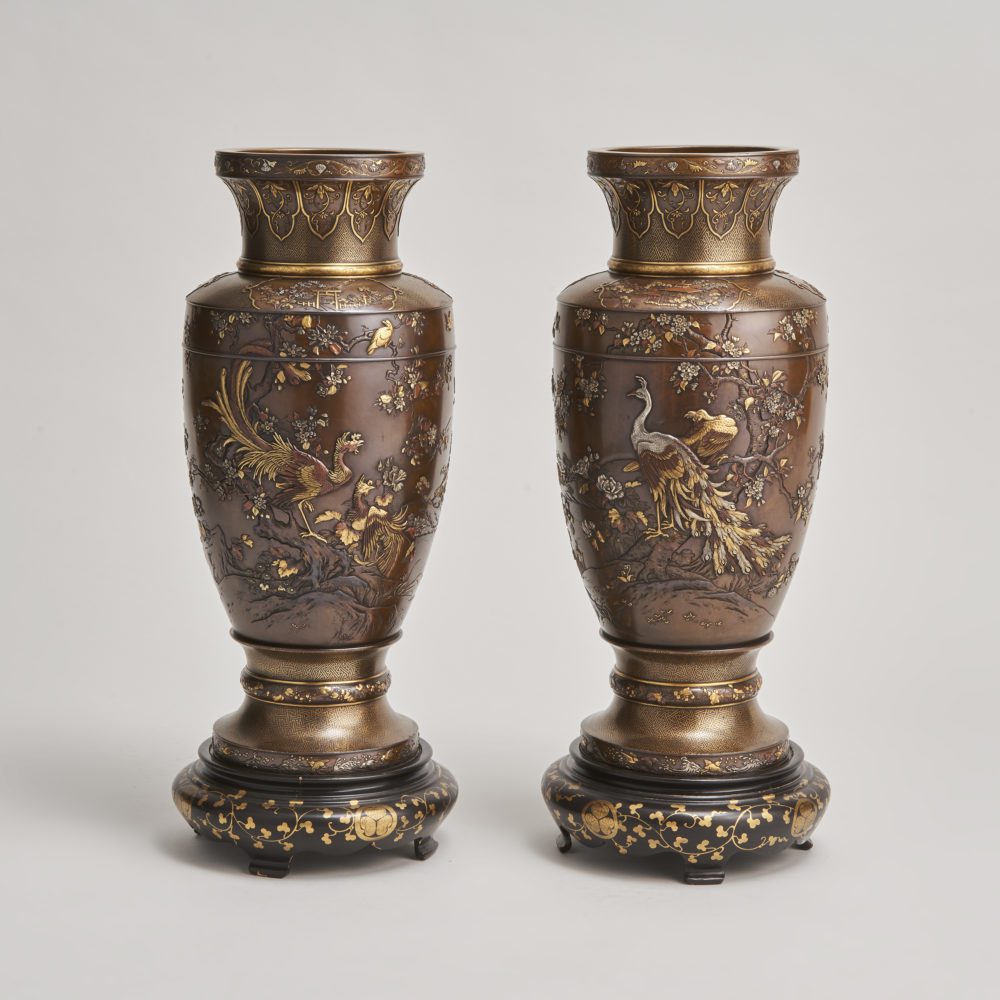