Introducing Ashinaga and Tenaga: An unlikely (and ungainly) partnership

In this mini-edition of “The stories behind the art”, we would like to introduce you to a very special pair of much-loved Japanese mythological characters, Ashinaga and Tenaga.

Legend has it that the Yokai pair, (supernatural spirits and beasts in Japanese folklore) come from two different countries. One where all the inhabitants have unusually long arms, and the other where all the residents have elongated legs. 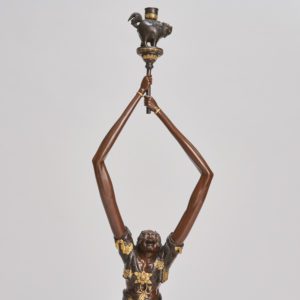 In Japanese legend, both Ashinaga and Tenaga live near the sea and they team up to create a formidable fishing partnership.

Ashinaga, with his long legs, wades into the deep waters carrying his partner on his shoulders. When they spot a fish under the surface, Tenaga leans forward using his long arms to scoop up their catch. 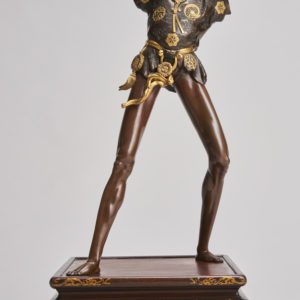 It is a nice metaphor for team-work and also a testament that what may otherwise appear to be a physical defect, can actually be adapted to become a strength.

As well as a very efficient fishing duo, the pair are often depicted using their super-human strength to carry large and cumbersome objects such as Koros, drums, bell caskets, barrels, lanterns and even candlestick holders. Popular subjects for Bronze and multi-metal Okimono, the pair are often found as Netsuke, in paintings and in metal work.

The two are often depicted as having exotic or wild hairstyles, which further emphasises their mythical status. 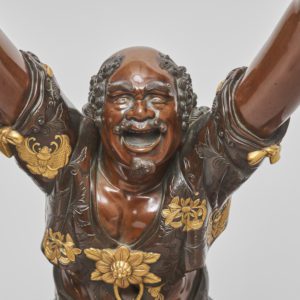 It is also widely believed that a sighting of Ashinaga and Tenaga will bring with it bad weather.

This particular legend originates from the tale of a fisherman who was out on the water one night when he spotted in the distance a creature with extraordinarily long legs. Shortly after, the heavens opened and a great storm raged. 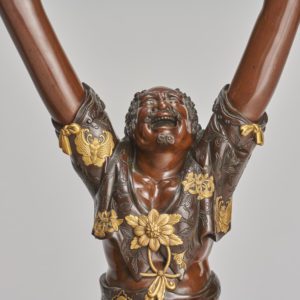 Despite their reputation for bringing inclement weather, we are very fond of Ashinaga and Tenaga. 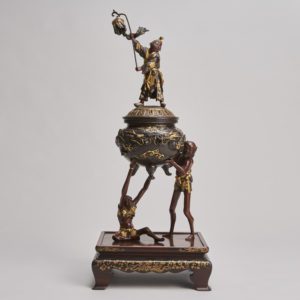 and for more information about the Koro, click here